My trip to prison, or how I conquered the Social Secuirty office

It’s been a while. Granted I’ve been slightly busy. New job, new apartment, new furniture and countless trips to utility service centres with my passport to prove that I actually exist.

Generally slashing and burning my savings like a kid who’s finally gotten control of their trust fund. It’s been equal parts worrying and fun.

Except for the bureaucratic part. The Social Security office is a cross between visiting Roads and Maritime and a prison. It all starts at home when you work out exactly which oddly-numbered form you need to fill in. They don’t have names, just letters and numbers – like the W19 or the I97.

Then you read through the reams of supporting documents you must bring with you. It takes on a Choose-Your-Own-Adventure quality that’s unlike anything else. You definitely don’t want to make the trip out only to be the fool sent home because you forgot to bring your mother’s birth certificate or some other irrelevant document.

Maybe you’re in the middle of a flu and fever, the likes of which you’ve never experienced before, as you trudge the half hour to the train station and then another 10 minutes to the Social Security office. Because buses are a thing you will learn about in the future. 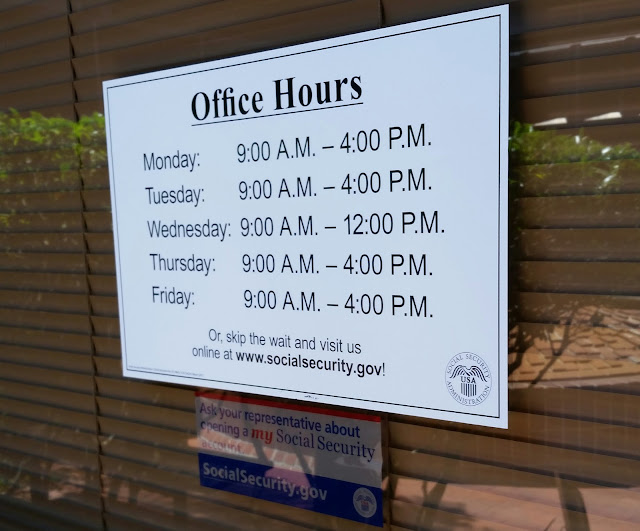 It’s 12.30pm on a Wednesday. But there have to be security cameras around, so your swallow your rage and try again on Thursday.

This time you’re greeted by a lovely security guard who jokes about your foreign accent. He checks your forms and hands you a ticket. Woe betide the unprepared.

You sit in a room full of chairs and a TV screen in the corner, calling ticket numbers to certain doors. For an hour and a half you wonder what’s behind those doors – Pan’s Labyrinth? An All-You-Can-Eat buffet? A basement where they’ll stow the foreigners once Trump gets elected President?

The loop of ads on the TV advise you not to perjure yourself by giving false information and assures you that you WILL spend a good portion of your life with a cellmate named Cletus. The guy sitting next to you has his hoodie up and the drawstring tied so that only his nose is visible, despite the fact that it’s 30 degrees outside. It is not comforting in any way.

Finally your ticket number is called and you make your way through door F to a long corridor of cubicles. Imagine every visitor scene from a prison movie where there’s a booth with glass between you and a telephone to communicate. It’s like that except without the phone.

The best part is when you’re asked to provide a form that wasn’t flagged on any of the web sites or documents that you filled in. One that you knew wasn’t necessary but printed out anyway “just in case”.

You claim victory over the Social Security overlords and saunter out into the daylight like the queen of bureaucracy that you are and go for a celebratory orange juice.