Halloween: Who should I be now?

Break out the black and orange crepe paper and hand over your sharp knives and gourds, it’s American Halloween. I’ve dressed up for Halloween (once) before – as the world’s most unconvincing Bellatrix LeStrange. But that was in Australia. A land of half-hearted Halloween.
Now I’m in the home of All Hallows Eve, I need to step up my game and fully embrace the awesomosity that is, in my opinion, one of the best holidays ever thought up. I probably don’t have to tell you that Americans go all out. They decorate anything and everything with cobwebs, spiders, zombies, witches, bats, vampires and spooky pumpkins. So I’ve got to step up my costume game and make this year special. That and there’s a $100 prize for the best costume at work. I could do with some cash.
Here’s your chance to help me decide on the best character: 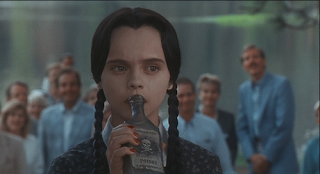 The ultimate tweenage girl misfit, Wednesday Addams was my favourite member of the family. Well, it was her and Uncle Fester. She was the ultimate role model for my young self. With three brothers, two of whom enjoyed torturing me and my toys, Wednesday’s poison bottle and guillotine gave me hope that maybe revenge was the best answer. 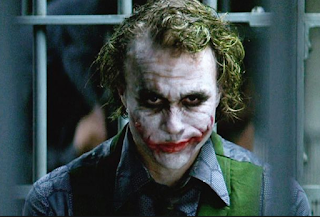 My first brush with The Joker was in the 1966 Batman Movie, played by Cesar Romero. If you haven’t seen it, PLEASE DO, if only for the Shark Repellent scene. But being Australian, I couldn’t possibly go past Heath Ledger’s Joker in The Dark Knight. He’s the kind of Joker that floors you with fear. If I never see that movie again it will be too soon. But as far as chilling characters go, Ledger’s Joker wins by a flamethrower. 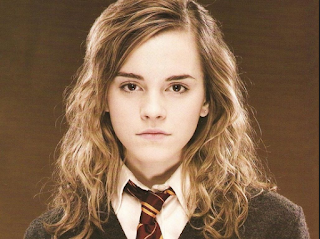 She has everything: She’s smart, confident but not arrogant and has a heart of a Gryfindor Lion. She keeps Harry and the Redhead in line and is courageous to boot. Plus, the hair. I mean, look at it, it’s perfect! Holy shit Redhead, get your act together, why did it take you the better part of a million books to finally make your move? 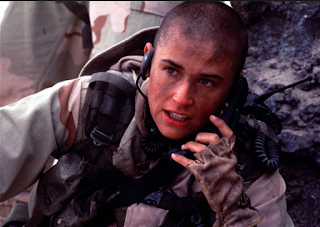 I have a confession to make. I’m not proud of this, but I’ve never actually seen GI Jane before. I’m purely going off pop culture references. I kind of really want to be a badass with a shaved head and a Satphone.

5. The entire cast of Serenity/Firefly 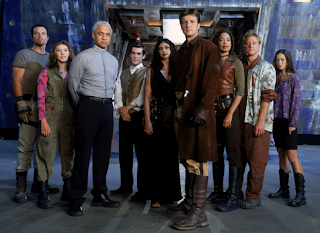 Look, I’m not particularly picky which one we go with. Although costume-wise, some would be easier to pull off than others. It’s a Space Western. That’s right, a Western, set in SPACE. If that doesn’t have Halloween written all over it, I don’t know what does. I’m partial to Mal, Wash or Zoe, but I’ll take any of them.

So what do you think? Who should I be now?