US Customs: The Last Frontier

shares
Have you ever tried shipping something to fair America? Maybe I should be more specific: Have you ever tried to ship any of your own belongings to the US? I have. And if you’re a customs official, there’s no need for you to read on – it was a wonderful experience that I enjoyed immensely and did not throw up any issues whatsoever. No really, you can stop reading now.
Here’s a funny meme for your distraction, I mean entertainment.
Before I left Australia it was fair to say that I was distracted. I was working 7-days a week, I had a house to spring clean, my own stuff to pack and organise (some of that stuff was still in boxes from the time I moved back home from Perth), relatives and friends to visit, physiotherapy appointments and general procrastinating to do. I was busy alright!
That’s why with less than 12 hours to go before my flight departed I was packing my suitcases as well as a box with winter clothes that my lovely brothers would post to me later on, when I started to get cold, and could be bothered finding a shipping company.
My advice to anyone undertaking this same move is simple: LEAVE YOUR CRAP BEHIND!
I don’t care how much you love that winter coat or those boots you lived in last winter, you can probably just buy new, second hand, or better looking ones at your new destination. And if that destination is California, give yourself an uppercut. Because there’s almost no time when you will need that huge coat.
Anyway, the process of getting the package out of Australia was fairly simple. Fill out a few details, your name, address, phone number, a general recounting of what you packed (in this case clothes and shoes) and they’ll pick it up and stick it on a plane.
No problem.
Then the package arrives at Customs in LA. Cue the biblical weeping and gnashing of teeth. The box gets held at customs because “used clothes and shoes” after a lengthy explanation of the fact that I’ve moved to the US and need my stuff with me, is apparently not enough description. But no one actually notifies me that my stuff is being held or that more information is needed. In fact, I get a text to the contrary, saying the package is due to be delivered to my apartment the next day.
READ MORE:
Tips for returning home after living abroad
Powered by Inline Related Posts

Call me overzealous but when that didn’t happen I rang the shipping company, whose customer service representative was bemused by the idea that I may want to be notified that my favourite items of clothing were being held to ransom by the government.

Next came a barrage of forms. The things they wanted to know were unbelievable. Keep in mind I’d packed this box months ago – I barely had a vague idea of what was in the damn thing. They wanted to know the percentage breakdown of different fabrics used in each item, where I’d purchased them, the manufacturers address, their cost. And that’s just without the footwear! Were the soles made of rubber or another material? Were they sewn, glued or nailed to the rest of the shoe? Were they open –toed shoes? What was the rubber to leather ratio (bahahahaha, as if I own leather shoes) and FOR THE LOVE OF THE FOOTWEAR GODS DID THEY INCLUDE SYNTHETIC UPPERS?

After explaining to two different people that I was just moving my old clothes over, not importing a warehouse full of designer gear for sale, I was still forced to fill out those forms. Only to be told that they were the wrong ones once I’d sent them in.

My precious package of clothes has now been safely delivered to my apartment so I can say this with absolute confidence: if you value your sanity at all, just buy new stuff.

*Note: Not my actual clothes, shoes or belts. Please, I would never own a skivvy. 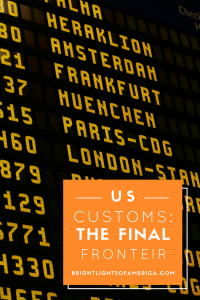