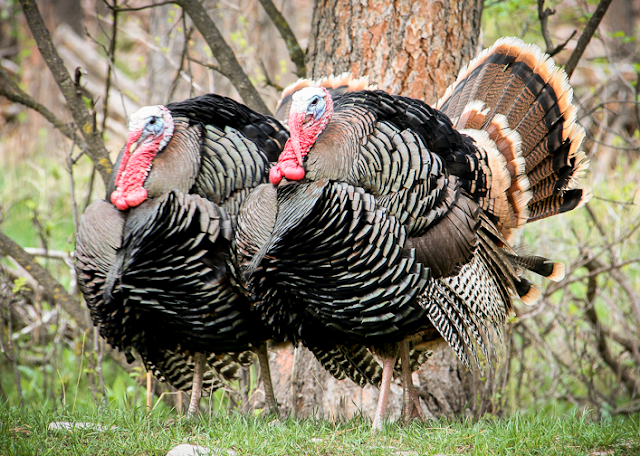 Americans consume about eight kilograms of turkey each year and I’m guessing most of that is eaten on Thanksgiving Day, especially if you consider the fact that about 280 million turkeys are sold in the lead up to the national holiday.
Clearly, if I was going to live like them, I had some catching up to do.
I spent my first Thanksgiving in Seattle and it was a mixture of the strange and the sweet. As always the strange outnumbered the sweet.
It all started early on Thanksgiving morning at San Francisco Airport. Waiting in line in front of me at the gate to board my flight to Seattle was an albino gentleman and behind him, a man dressed in a full puritan costume. Now for those of you who don’t know what that entails, allow me to show you:

He had the entire shebang going, except the bundle of sticks. Don’t be ridiculous, you can’t take a bundle of sticks onto a plane! Are you crazy? Those shoes are everything though…  So I had sufficient time to pause and consider the odds of both of those people being on my flight. I figure it’s about 1.293.405 to one.
Then there was the Carry-On Puppy. I’m not sure what the domestic flight laws are like in Australia, but I’ve never seen anyone taking their dog as carry-on luggage. Not so in the US! Here you get to be a needlessly cranky passenger complaining about both crying babies AND yelping canines.
Seattle is cold. Maybe so much in East Coast American terms, but for an Aussie who is used to a high of at least 10 degrees Celsius during the day, this place was brutal. But the light rail has seat warmers. That alone was enough novelty to make me forgive Seattle for the intense cold.
People just randomly talk to you there as well. Like actual conversations and not just a few phrases thrown in here and there. Sitting in Starbucks to regain the feeling in my limbs, I happened upon Marvin, who was enjoying his holiday with his teenage nephew. Marvin told me all about Seattle – totally unprompted – from the best places to eat, where to sightsee on a holiday, and where I should shop on Black Friday.
Fully armed with my asterixed map I was ready to stroll the waterfront. On my way I stumbled across this extremely well dressed Asian woman, who is partial to teddy bears. She even has bows on her shoes. Tell me that isn’t commitment?! I can hardly be bothered checking if my clothes match when I roll out of bed in the morning, but she’s obviously put some serious thought into this outfit. Winner.
It was a sunny day so the waterfront was packed with homeless people playing cards. One middle-aged man, who I can only describe as sweaty-toothed (thanks Walt Whitman), approached, shook my hand and offered to sing me a song of his own creation.
Him: Do you know Jimi Hendrix?
Me: Not personally.
Him: But you know who he was?
Me: Yep.
Him: Then you know he died on September 18, 1970. That’s exactly two years after my twin brother was born. So I wrote a song about it and here it is…
Hey, it rhymed at least. And I got to clap at the end. He was disappointed that I didn’t join in though. I was kind of upset that I didn’t reach the grade of his other listeners. Apparently they also say “Right on man!”. Dammit, I’ve gotta me more American.
I hit the Space Needle, some parks and the monument to Jimi Hendrix for the rest of the day before showing up to my hostel’s Thanksgiving Dinner.
READ MORE:
COVID-19 Quarantine in Australia
Powered by Inline Related Posts
This is the sweetest part of the entire day. The guy at the reception desk assumed that the woman standing in front of me and I were friends and checking in together. So he explained the Thanksgiving dinner and how much it cost to both of us. She glanced at me, then paid for her own dinner and mine and said “Happy Thanksgiving, welcome to America”. It felt like a classic Thanksgiving moment – it was such a lovely gesture.
And then I had to sit at a table with an Aussie and the most obnoxious Kiwi I’ve ever met. Actually it may have been the most obnoxious person I’d ever met. Giving the rest of us a bad name.