A day at the San Mateo County Fair 5shares
I’ve finally been to a county fair. San Mateo County Fair to be exact. And it was an epic but pared down version of Sydney’s Royal Easter Show for everyone following along in Australia.
So there were farm animals and crafts and jam making competitions – the works. You even get to run the gauntlet of cooking demonstrations and people trying to sell you strange items like plastic bag clamps or a spine realignment.

The main pavilion had one of the coolest parts for me. Have you ever seen the Robot Fight Club episode of Spaced? I’m going to bet the answer to that is no considering not nearly enough people have seen the hilarious British sitcom, so here’s what I’m talking about:

So I stumbled upon the much tamer US version put together by high schoolers. Props to the girls and guys who built these robots that could pick up dodge balls and launch them into a basketball-like chute. It was mesmerizing. I seriously could have stood there for hours watching. Damn kids these days, why’ve they got to be so smart and enterprising? I’m twice their age and have no idea. 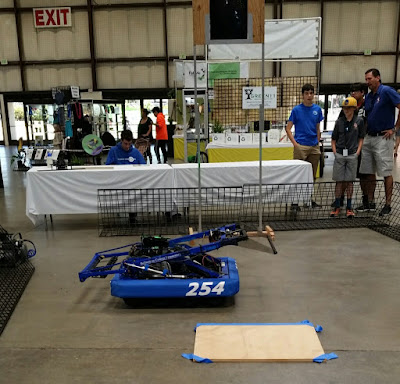 Then came the farm animals. Keep in mind that this is a smaller version of the Easter Show so there were probably two smallish pavilions to show off a bunch of animals like turkeys, chickens, rabbits, cows, pigs and goats. If you want to pat a goat, this is the place to be. And I highly recommend patting a Nigerian Dwarf Goat because they are the cutest thing this side of a zombie goat simulator. (I may have stolen that from Mr M, who was playing that last night… WTF is with all the licking in that?) 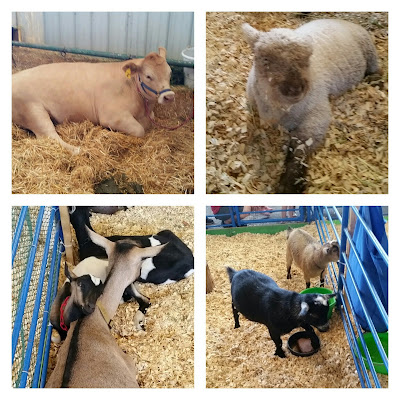 When I googled the fair, the first link that appeared was for the All-Alaskan Pig Racing. I highly recommend a visit to their website, if only for pictures of the little piglets. Sunday afternoon’s announcer made the races exciting – there were the requisite pig puns, hurdles and opportunities for kids and adults to join it. 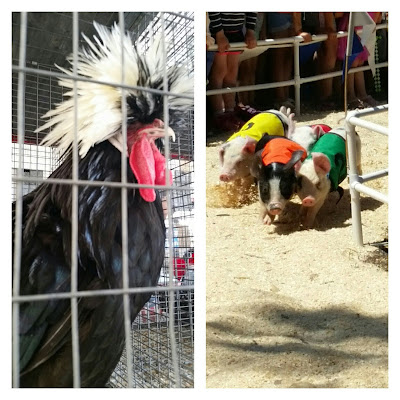 Fair food smells good. It’s synonymous with what makes America great (OK, maybe I made that up).  But if you go to a fair or an event you KNOW there’s going to be some deep fried badness that’s sooo good, wood fired pizza, burgers, fruit, corn, funnel cakes and BBQ. I’m attributing the awesome food smells to the BBQ stand, which took up at least three stands-worth of space. With the biggest grills I’ve ever seen grilling turkey legs, kebabs, corn and all the meats you can imagine. Then there was a huge smoker for ribs. I felt sorry for the guys working those grills, it was smoky. 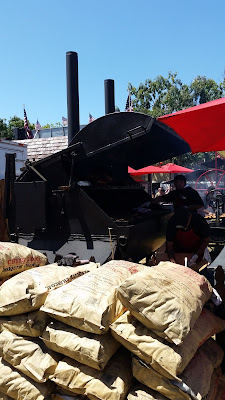 A fair wouldn’t be a fair without rides and sideshow games right?! So we did my favourite rides, the swings and the ferris wheel. But apart from that there were roller coasters and other epic attempts at making you spew. 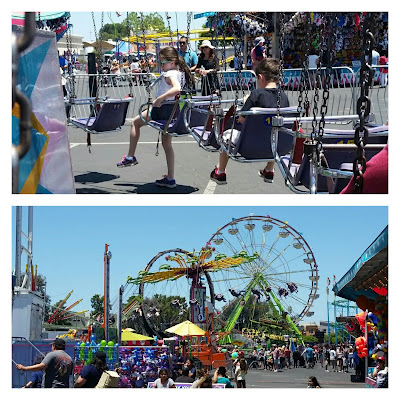 I’ve seen Grease approximately 10 million times. True story. And countless American movies where the couple goes to the fair and the boy wins the girl a prize. At first I tried winning my own prize on a game that was just called Break the Bottle. Pretty self-explanatory: You throw a baseball at some beer bottles and if you break two on two throws you win a prize. I only broke one. *sad face* Cue Mr M coming to my rescue by expertly lobbing darts at balloons and winning me a giraffe! He needs a name though, any ideas? I did not let go of that thing for the rest of the day. Except to take this photo of course. 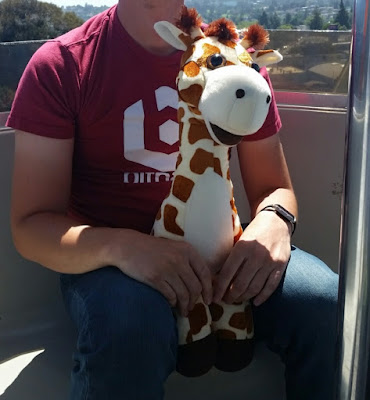 We finished the day off with an Oreo sundae and a pink lemonade. Sure there wasn’t any wood chopping, death defying motorbike stunts or fireworks (that I know of), but it was an awesome day out nonetheless and another thing to tick off my American bucket list.

Have you been to any state or county fairs? Got any recommendations?