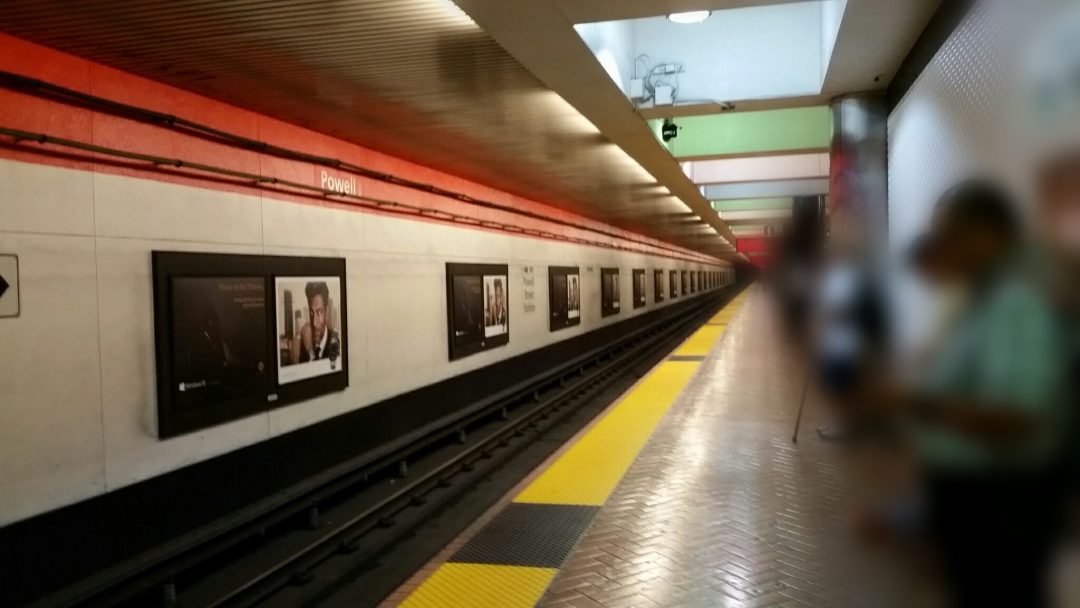 Over the weekend Mr M and I braved the truly awful SF public transport system and took BART to the Mission District. Because I enjoy feeling like I’m about to get mugged whilst simultaneously breathing in the sweet smell of sun-baked urine. I’m cool like that.

Of course there was track work so we were herded into the rail replacement bus and shuttled over to safety.

Mr M was seated next to a 10-year-old Aussie kid and his Mum for the duration of the bus ride. This kid had his Pokemon shirt on and was just itching to start a conversation with anyone.

On a rail replacement bus with @mikey_h_m, who happened to sit next to an #Aussie kid. The kid is talking his ear off. #socute #AussiesinUS

And so they talked about life in the Pokemon trenches and living in Australia. He even tried to arrange a little meet up:

Kid: Um…are you going to San Francisco? What hotel are you living at? #importantquestions

It made me think about how likely Californians are to strike up a conversation with people they don’t know. In my (limited) experience, I’ve found that if you’re in a crowd of two or more people you’re more likely to get a couple of off-the-cuff remarks thrown at you by people outside the group.

Now I will cite some experiences because my high school English teachers (I’m looking at you Mr Barrs) would be aghast if I didn’t back up my argument:

Mr M, who has much more experience with Californians being that he is one and has lived here for a large swathe of his life, begs to differ. He reckons that if you’re wandering around the city, you’re more likely to be roped into a chinwag, since they’re used to being surrounded by so many bodies. But if you’re further down the Peninsula people keep themselves to themselves a bit more. But he also subscribes to the rule of pairs and groups. 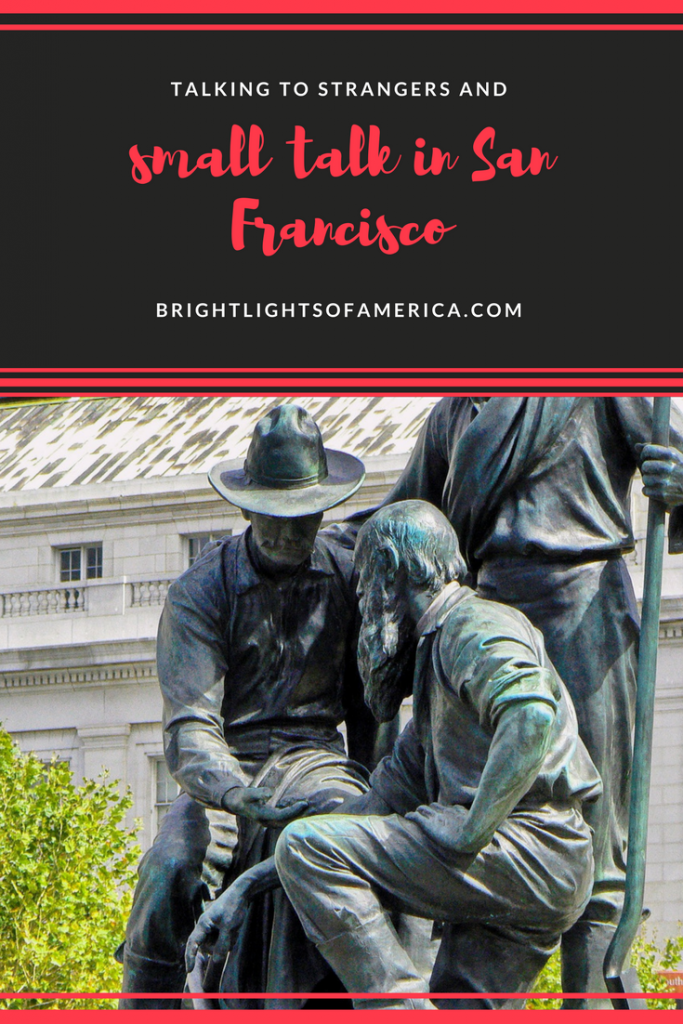