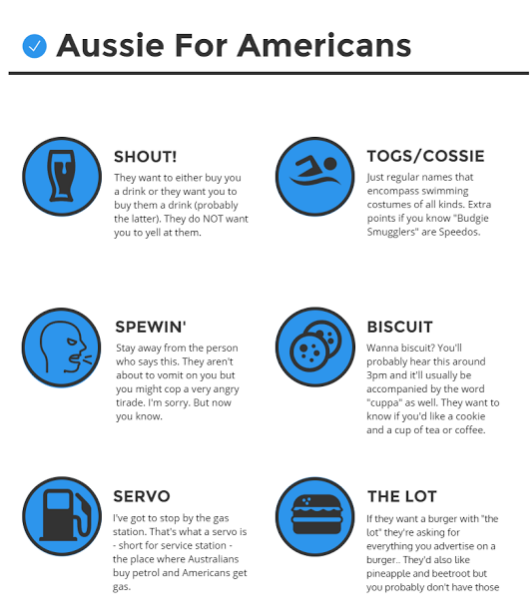 I’ve been here for a little over a year now, but I’m still finding new Australian words and phrases that American’s don’t understand. And have usually never even heard before. Some of them are so astoundingly simple that I wonder if they’ve been living under a rock all these years. You might want to check out this post about how Australians don’t speak good.

Others I can make allowances for.

If you’ve recently moved to the US or are thinking about it, I’ve put together a little list to help you out so that you don’t have to go through the acute pain of constantly explaining exactly what you mean.

Arvo: We like to abbreviate things to make them easier to say. Call us time savers or even excellent time managers. This means afternoon. While we’re here, avo does not mean avocado to them either. Cretins!

Nappies: I love this one. So the guy who sits across from me at work will sometimes get to 3pm and say “I need a nappy”, so I send him a picture of a packet of Huggies. Because what are friends for? If you want to talk about a baby’s poo catcher, you want to say diaper. Well, you don’t want to, but you’ll have to.

Maccas: This one actually hurts me a bit. How can this not be a thing everywhere in the world? It’s the perfect Bogan abbreviation for fast food. *shakes head*

Using the Griller: They use a broiler. Which sounds gross to me. It sounds like you’re boiling meat or something? I really, really despise this word.

Fortnight: I get this wrong at work ALL THE TIME. I’ll be innocently writing an email and be all “This change will occur a fortnight from today” or something less confusing, then I’ll get 20 emails back saying “What’s a fortnight?”. Google exists for a reason people!

I’ll shout you one: This one got me into a two week (fortnight long?) definition argument that made me want to rip my own face off. Yes, it was that bad. Apparently it doesn’t make sense to say that you’ll shout someone a beer (mostly because they drink cocktails and spirits here more).

I’ve got the shits now/I’m spewing: If you’re angry or annoyed, best just say it. Because if you come out with this they’re going to think you’re chained to the toilet.

Fanging it: When that complete asshole floors it past your house for the 14th time in a row, don’t bother saying he’s fanging it. They’ll assume it’s a vampire.

Heaps!: I mean this in the collective sense more than the good old “heaps good” way. I was giving a colleague tips on where to go in Sydney when he went on holiday and ended with “Don’t worry, we have heaps of car shows!”. This resulted in much pointing and laughing at me. Whatever. At least we don’t say “hella”.

Blind/Munted/Trashbags/Off-Chops/Slaughtered: You get the gist. They don’t understand our words for drunkeness, public or otherwise. This makes me realise exactly how colourful our language actually is.

Snowed Under: I’ve got a lot of work to do and you standing at my desk babbling about the tastiness of your lunch versus the lunch on offer at the cafe is really not helping. If you don’t understand what being “snowed under” means, I pity you. 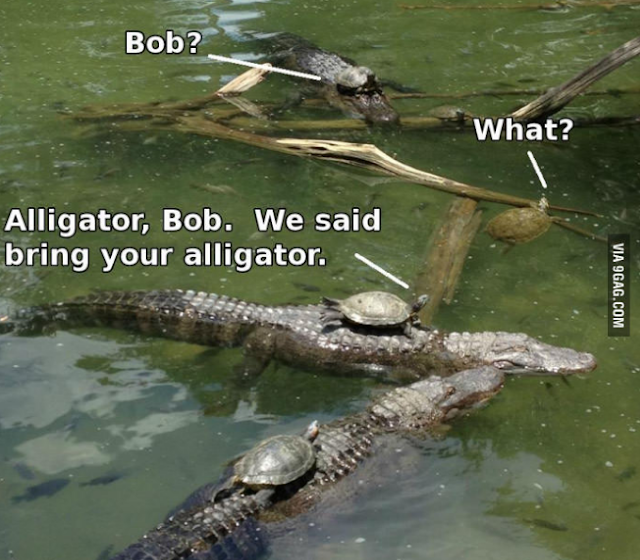 Esky: If you’ve got a few bevvies in your esky, you’re pretty safe because Americans don’t know what either of those are. However, if you mention the beers in your cooler, look out. They’ll be all over you like a turtle on a crocodile. Alright, alligator then.

Bottle-o: Anything that ends with a tacked on “o” you’re going to have problems with. I can guarantee you that much. It’s Liquor Store.

Mince: How unappetising is it to think of this as “ground beef”? I can’t get used to this one.

Coriander: This annoys me every single time I’m down the shops. Over here it’s cilantro and I can never remember that name when I’m looking for it.

Rockmelon: Cantaloupe. Personally, I’m of the opinion that this is a travesty. I mean, from the outside, it LOOKS LIKE A ROCK!

Servo and Petrol: You’re not going down the servo for some petrol. You’ll be down the gas station for some gas. Gets me every time.

Mozzy: Your best bet is to never shorten another word again. Ever. Goodluck with that. Same goes for tradie and trackies. Even if they’re of the dak variety.

Bikkie: Not to be confused with a bikie, a bikkie is your favourite tea dunkin treat. Just go with cookie. I know it feels strange.

Chewy: Or anything with an added -i or -ey or -y on the end. They’re not going to get it. That rules out the cossie, kindie, Chrissy and your chippie mate.

Flatmate: They are now your roommate. And you don’t live in a flat either.

Paddle Pop/Ice Block: There’s nothing like the paddle pop lion on a hot day. But I refuse to say Popsicle. I just won’t do it.

Soft Drink: Get used to saying soda, without feeling like a massive idiot. Or one of the guys from The Outsiders. Try it.

Whiteant: I introduced this one to my workplace within my first month. It is now known as a purely Aussie trait, and I don’t know if that’s a good or a bad thing. Mr M is very proud that he knows what this means by the way.

Post script – I must pay tribute to the late Richard Marsland, AKA Armitage Shanks, for teaching me the subtle art of whiteanting. Never forgotten Ricky M!

Whinge/whinger: They don’t have this word at all. Substitute it with “whine/whiner” if you want them to have any idea what you’re talking about.

What have I missed? Let me know in the comments! 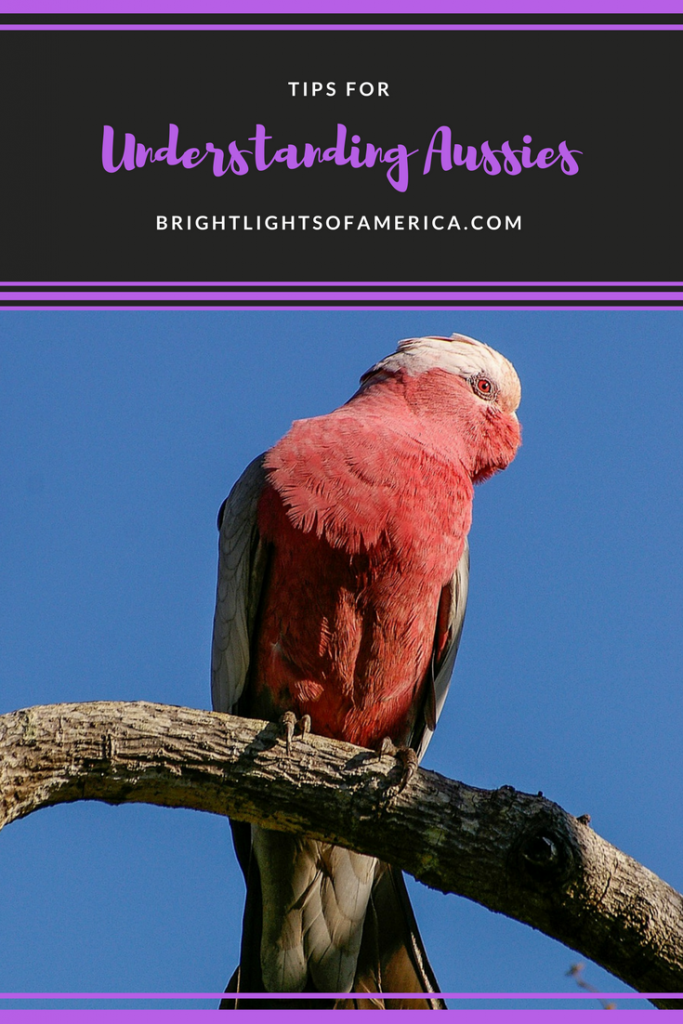