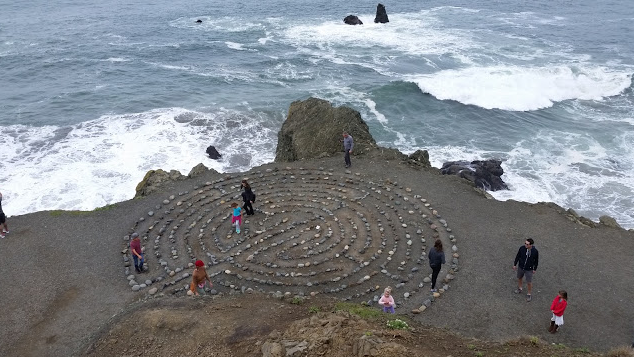 20shares
If it wasn’t for a lovely couple who found me wandering on an otherwise-deserted trail, I would never have found Lands End at all. Actually I’d probably still be lost right now, wandering around amongst the curiously-discarded shoes and underwear.

Sorry, I don’t mean to scare you – I was on the wrong track, far away from where I should have been. I can assure you that at the time of hiking, the Lands End trail did not feature any hastily-disposed underwear. Or any kind of underwear actually.

There I was, in some brush behind a golf course, wondering where the hell I was, when a middle-aged couple strided past purposefully. They were wearing proper gear – you know, those puffy jackets that I’m sure they just empty old doona material into. Hats and headbands and stylish lycra. 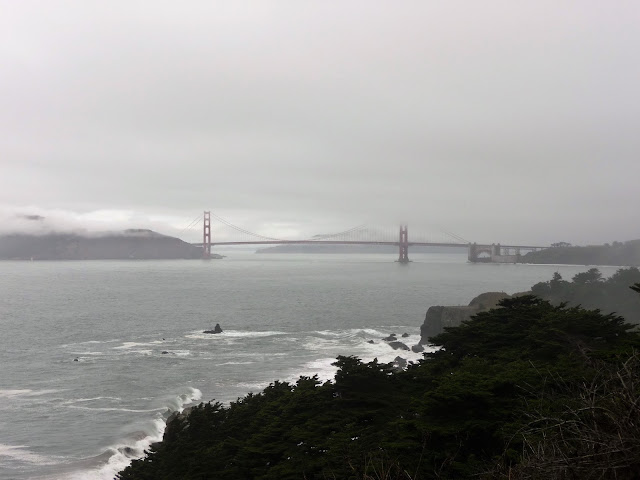 Then there’s me in my jeans and t-shirt sheepishly asking “Do you know where we are?” Bless their San Franciscan hearts, they took me in and ushered me in the right direction. Of course I was too embarrassed to ask their names or give them mine, but I did bond with the woman about perpetually getting lost in Florence, and the man did slow his break-neck speed every now and then to point out something or other that I “really must visit” one day.

That’s how I found myself on the Coastal Trail with a beautiful view of the Golden Gate Bridge. In keeping with all of my sightseeing trips up the peninsula, it was an overcast, foggy day. Hence I have overcast, foggy pictures. Well played Karl.

I eventually made it to Sutro Baths, which have obviously fallen into a little disrepair over the years. The stench isn’t particularly pleasing either. But the views are worth it. Quick history lesson: local millionare Adolph Sutro bought property at Lands End in the 1880s, where he designed and funded the baths, gardens and a steam train from downtown so the view could be enjoyed by everyone. 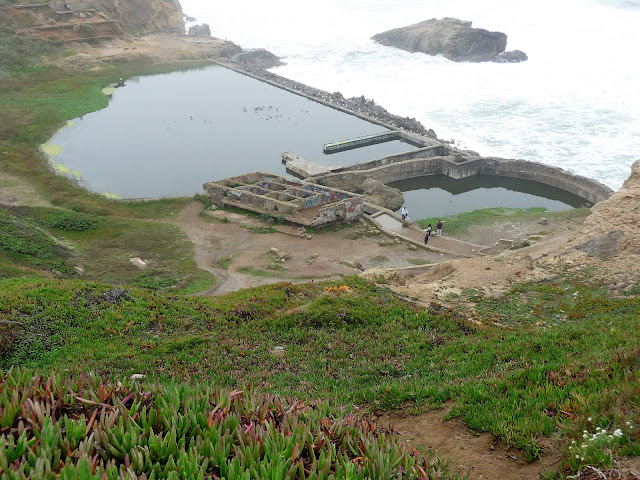 Nowadays it’s a ruin taken over by graffiti artists and seagulls. But it’s worth a visit, especially for a quick trip to the visitor’s centre just above, which tells you a little about the history and houses old photographs of the area in its heyday.

A little down the way you’ll find Cliff House. Now a restaurant and gift shop, it started life as a completely different structure. Originally built in 1863, Cliff House was built as a resort for the rich, as the gold rush gained momentum. It mostly hosted the extremely well off including U.S. presidents and other prominent families such as the Hearst and Stanford families. 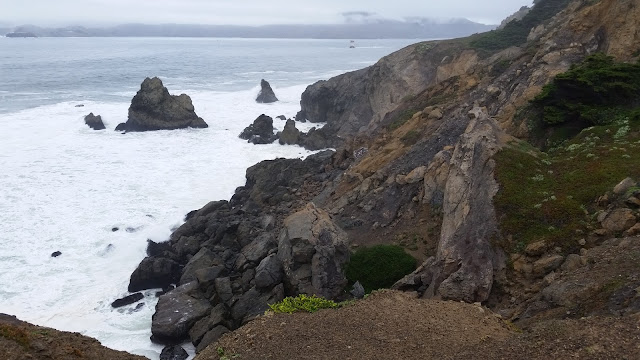 It eventually declined in popularity and was purchased by Sutro – although it burned to the ground in 1896s and was rebuilt in the Victorian style, only to be once more obliterated by fire in 1907. Sutro’s daughter rebuilt it using steel reinforced concrete, and the building you see today is a restored version of this.

In the absolute other direction to Cliff House, along the Coastal Trail, you’ll find (with a little bit of luck) Lands End Labyrinth. Set on a coastal outcrop, overlooking the Pacific Ocean, the labyrinth is set out in stone. It has been vandalised many times, the most recent being in August 2015, when the all of the rock markers were removed, but after an overwhelming number of letters and emails, Colleen Yerge and a group of volunteers rebuilt it. 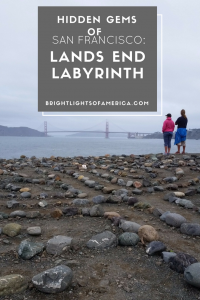 Pin me for later!
I thoroughly recommend visiting the Labyrinth – it’s a bit of a climb to get there but the views and the fun are worth it. Unfortunately I didn’t find David Bowie up there. But he’s probably looking down.

Completely, absolutely free. Unless you pay for parking. But if you rock up on a Sunday and park in No Man’s Land like I did, it’s free.

It’s probably better when it’s not raining or very foggy so you get the most of the beautiful views.

I do suggest planning your trip and where you’re going by visiting this handy website.