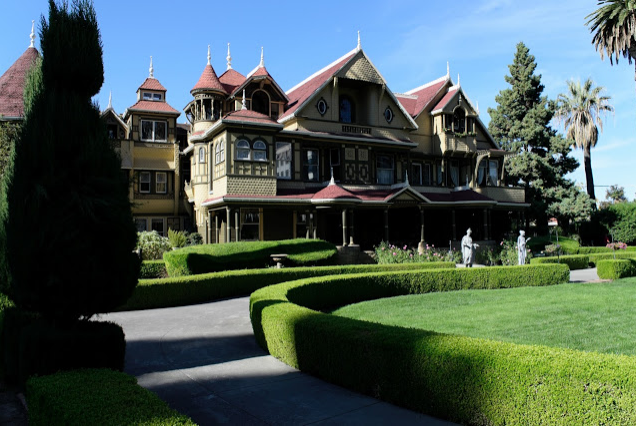 Take a well-educated woman in the late 1800s, mix in the deaths of a baby daughter and a millionaire husband, and you’ve got the makings of the spectacularly quirky Winchester House in San Jose. A place where doors lead to elevator shafts or off the side of the upstairs floors, and staircases end abruptly in the ceiling taking you nowhere at all.

The Victorian house and gardens sit in Winchester next to the dome-shaped Century 21 movie theatre, across from apartment buildings and just off the 280 freeway. Despite its inauspicious surroundings, Winchester “mystery” house was once home to one of the richest women in the US.

Its origins date back to 1884, when Sarah Winchester – the widow of gun magnate William Wirt Winchester, bought an unfinished farmhouse on a tract of open land and began to build. 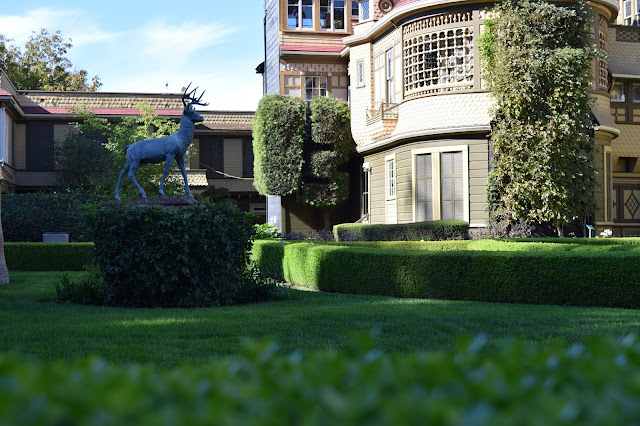 All photos in this post were taken by Mr M. Check out his Flickr.
She didn’t stop designing additions and refurbishments for her builders to carry out until she died in her sleep in 1922 at the age of about 82. Over the years, Winchester House became a seven storey mansion that was severely damaged in the famous 1906 San Francisco Earthquake, toppling walls and trapping Mrs Winchester inside the Daisy bedroom. She lived on a houseboat for six years while her builders made the stately home habitable again.
Before I tell you any more I have to give a shout out to our tour guide Debbie. You can only go through the house on a guided tour – mostly in an effort to preserve the historic building, also because there’s no way you’d get through it without getting lost and thirdly because you’re not allowed to take photos inside.

Our guide was Debbie and she had the perfect balance of eccentricity, excitement and a real love for the house and its former inhabitants. Everything I’m telling you comes straight out of her mouth, through the filter of my (sometimes muddled) brain. 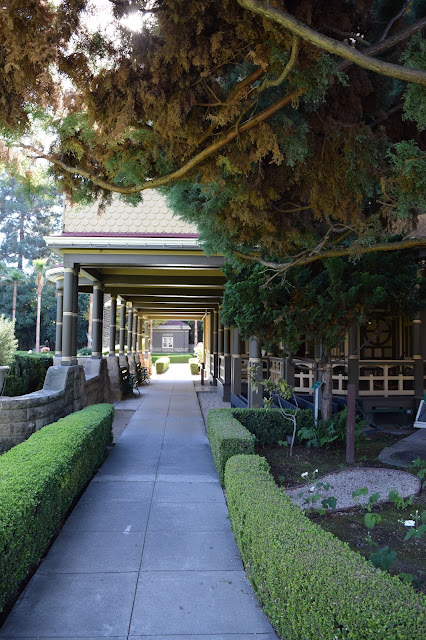 Mr M and I took the Mansion tour, winding through 110 rooms and seeing doors that open to walls, posts installed upside down and windows peering into corridors. Mrs Winchester had a séance room that only she held the key to, which is said to be where she communed with the spirits of her husband and baby daughter Annie. Only she held a key to the room.

It’s easy to imagine her being a very lonely, reclusive woman, but Mrs Winchester was a busy woman. She had an entire mansion to design piece by piece – at each turn somehow working the number 13 into the mix. There are 13 bathrooms, 13 windows in the main bathroom, 13 ceiling panels in many of the rooms and 13 gas lamps on the ballroom chandelier. 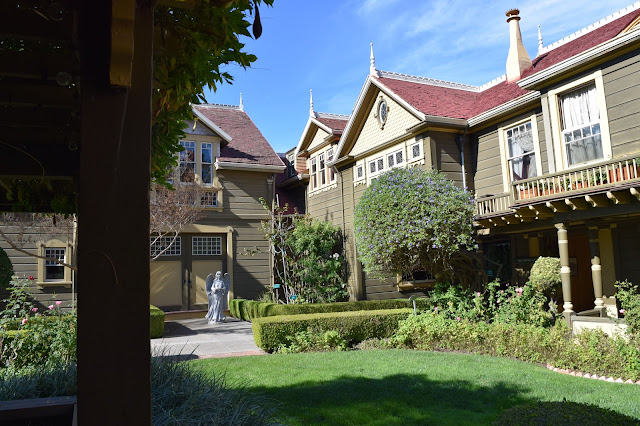 As she aged and arthritis set in, Mrs Winchester redesigned the staircases, making each step a shallow incline to allow her to continue living and moving about in her beloved home. It’s called the “mystery” house because Mrs Winchester’s motives for building such an extravagantly contrary building are not known. Her privacy was fiercely guarded by an army of loyal, well-paid employees.

Unfortunately, I don’t have any interior photos to show you the beauty of the intricately patterned Lincrusta wallpaper and ceiling coverings, parquet flooring or stained glass windows. Rights to the images and film of the interior are owned by Lionsgate Pictures. Talks are underway with British actress Helen Mirren to play Sarah Winchester in a movie to be filmed in the house and in Australia. 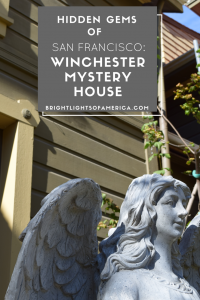