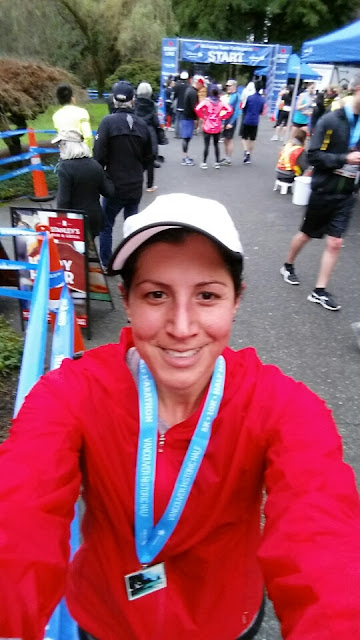 Spending four days on holiday in a new city and then planning to run a race early on the morning of the fifth is probably not the best race prep you could do. Especially when you spend the preceding four days eating burgers and chips and downing more wine and beer than usual. Although, drinking any wine or beer is “more than usual” for me.

Actually, if I’m completely honest, I didn’t do my usual amount of race prep for the Vancouver Historic Half, which is insane considering it was going to be my first proper race in at least a year and a half.
But for reasons that will mostly remain unmentioned I couldn’t drag myself out of bed at 5AM when the alarm went off for training over the past two weeks, It’s been a bit of a roller coaster lately.
I’d walked the Seattle Half Marathon last Thanksgiving (no, I’m not counting it as a race) and I wasn’t about to miss out on some bling from Vancouver so there was no backing out. Despite a few butterflies, I made my way to the bus stop and got my cold butt to Stanley Park bright and early this morning.
I was a little worried about how organised the event would be. There were only two locations for packet pick up and they were outside of the city proper for a couple of hours in the days before. So I showed up ultra-early to the event to pick up my bib, shoe tag and t-shirt. It costs an extra $5 to avail yourself of the same-day packet pick up. 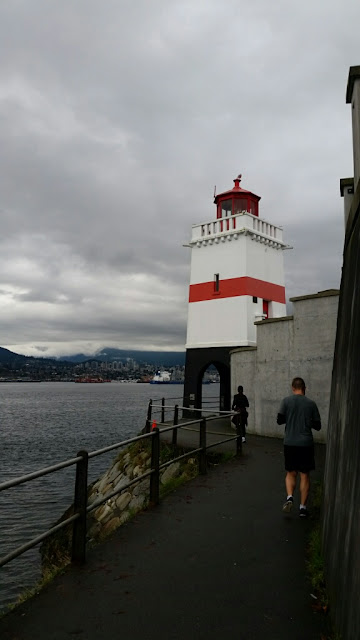 It turns out I didn’t need to be so early. Everything was really well organised – there was water, Gatorade, tea, coffee and fruit waiting before and after the race. And I had plenty of time to peruse Stanley Park and get a few snapshots before warm up and gun time.
The camaraderie was fantastic as well. I stuck close behind two women (one in a blue jacket and the other in a fluro yellow one) for the first three kilometres – using them as my pacers. I didn’t have my headphones with me since the race rules stipulated no music. I should have brought them though since a lot of other people had them.
Three kilometres in and I was starting to falter a little. I knew my legs could take a lot more but my lungs were starting to feel unhappy. It made sense since the longest training run I’d done in the lead up was only 6km long. And included a few rest stops along the way.
I took advantage of the beautiful Sea-Wall scenery in the park and slowed down enough to take some pictures. 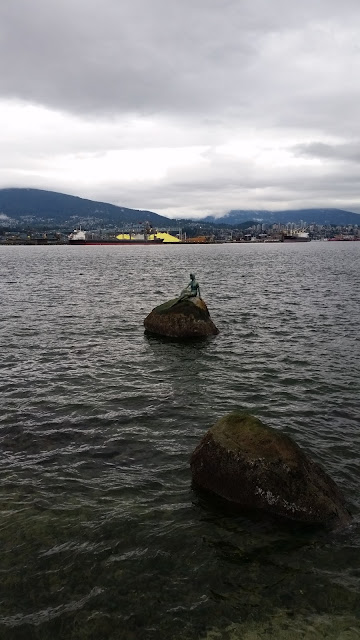 By then I’d found new pacers, I think they were both wearing blue jackets this time, and fell into step. The 5km turning point couldn’t come soon enough….  actually it came a few hundred metres after my Garmin signalled 5km. But there was a water station nearby so who can complain really?

I hadn’t really focused on hill sprints or much hill-work at all in my training (can you say “under-prepared” much?) so luckily the hills weren’t too challenging at all… until the last few in the lead up to the finish line.

I slowed to a walk again, until a girl pulled in front of me, took out her earphones and said “You can’t stop! You’ve been my pacer!”. So a massive thanks to her for making me find those last reserves. It’s because of her that I kept running to the end!

All the way to my bling! 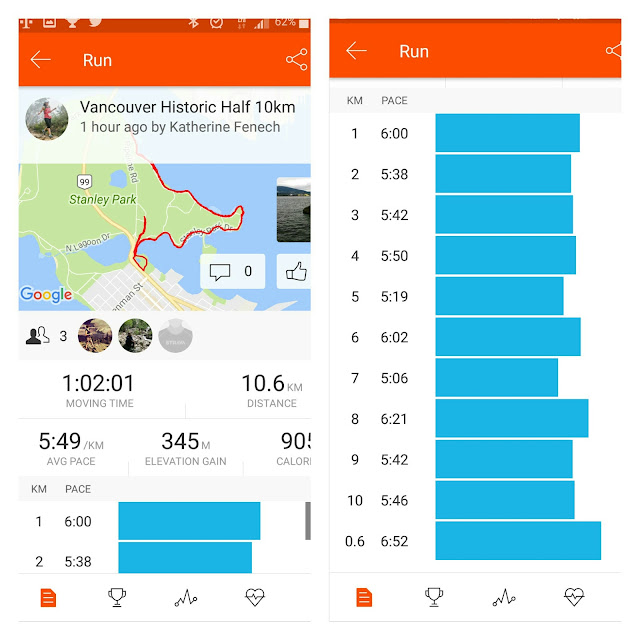 I’d definitely do the Vancouver Historic Half again. Actually I’d probably do the whole half marathon next time. But the 10km was the perfect way back to running and racing again. It was a relatively flat course, without the pressure of a massive event, the runners and volunteers were lovely and even though it was out and back, the scenery made it interesting.

Linking up with Denyse for Life This Week, Fitful Focus for Wild Workout Wednesday, Deep Fried Fruit for Lovin Life, The Ultimate Rabbit Hole 96 and the Sunday Fitness and Food link up!