3 Tax Issues Every Australian Moving to the USA Should Know

10shares
Guest Article by Craig Joslin, Founder of The Australian Expat Investor – A website with a treasure trove of informative articles to help Australian Expats Build Their Wealth While Living Abroad. Get Craig’s free ebook at http://www.austexpatinvestor.com.

As an expat myself, I understand the number of things people need to worry about when moving overseas from Australia. Whether it is immigration and work visas in your new country of residence, finding a house to live in, researching suitable schools for the kids, or even just tidying up loose ends in Australia – it can get overwhelming.

Often, the last thing on your mind is the tax implications of moving abroad, both in Australia and in your new country of residence (USA). If you don’t get on top of it early, you may find you have made some costly mistakes down the road.

In this article, I will give you a taste of some of the issues to be aware of. This discussion is necessarily simplified. Taxation law is complex, and so you should consult a registered tax advisor both in Australia and the USA to understand how the various laws and tax treaties apply to your specific situation.

So, what are 3 things every new Australian Expat should know about taxation in the USA?

1. Determining Which Country You Are A Tax Resident Of

The most important question you need to ask yourself when moving to any new country is which country you are a tax resident of. Your tax residency has enormous implications on how much tax you pay and how you should optimise your investments to be most tax effective.

Generally speaking, if you are considered a tax resident of a country then you will be liable to pay tax in that country on your global income (from all sources).

Australian Tax Residence
Simply moving overseas is generally not, in itself, sufficient to claim you are no longer a tax resident of Australia.

The Australian Tax Office has a number of tests to determine whether or not they consider you to be a tax resident. Among other factors, you are expected to have established a permanent home overseas and to live overseas for at least two years.

If you are deemed to be a non-resident of Australia for taxation purposes, there are number of tax consequences for any investments you have in Australia, which you should discuss with your Australian tax advisor.

I outline more details on determining your tax residency and the tax implications of moving overseas in my Tax Report For Australians Living Abroad.

United States Tax Residence
The United States also has its own rules for determining whether you are a tax resident of the United States. Subject to some exceptions, foreign nationals who hold US permanent residence immigrant visas (commonly referred to as ‘green cards’) are automatically classified as a “resident alien”, as well as those who are physically present in the USA for more than 183 days.

It is also possible you can be deemed to be a US resident for tax purposes for being in the country for as little as 31 days in other years. The International Revenue Service (the US equivalent of the Australian Tax Office) outlines these rules in more detail.

Australia and the USA have entered into a tax treaty to prevent the double taxation of income between the two countries
.
Of interest for Australians in the USA is that:
(1) In the event you are considered to be an Australian resident for Australian tax purposes (under Australian law) and a US resident for US tax purposes (under USA law), the tax treaty provides rules to ensure you are only a tax resident of one country
(2) It allocates taxing rights over certain categories of income between Australia and the United States (in the event you are earning income from both countries)

Here are some of the income taxes you need to be aware of when moving to the United States.

Federal Income Tax
The US government imposes a Federal Income tax. This is the primary form of taxation on your income. The federal income tax rates vary between 10% and 39.6% depending on your income.
As a resident alien, your taxable income will be based on your global income minus any allowable deductions. 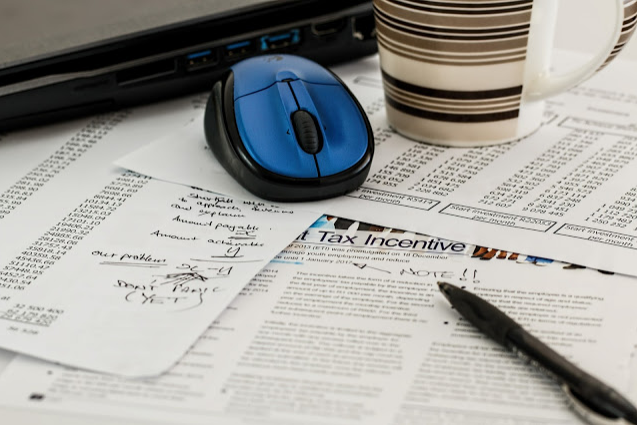 Federal Social Security & Medicare (FICA)
The social security tax rate for 2016 was 6.2% and assessed on the first US$118,000 of income, while the Medicare tax rate of 1.45% is assessed against all salary, and increases a further 0.9% on higher salaries.

When moving to a new country, managing your tax affairs can become increasingly complicated (particularly if you have accumulated a house or other investments in your home country). Tax laws in your new country can be quite different to how the tax laws behave in your own country. Avoid the heartache (and the tax penalties later), by ensuring you get good advice from a tax advisor in both countries as early as possible after moving abroad. 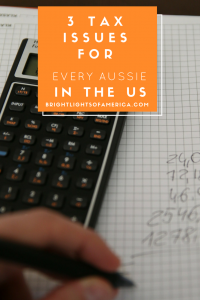