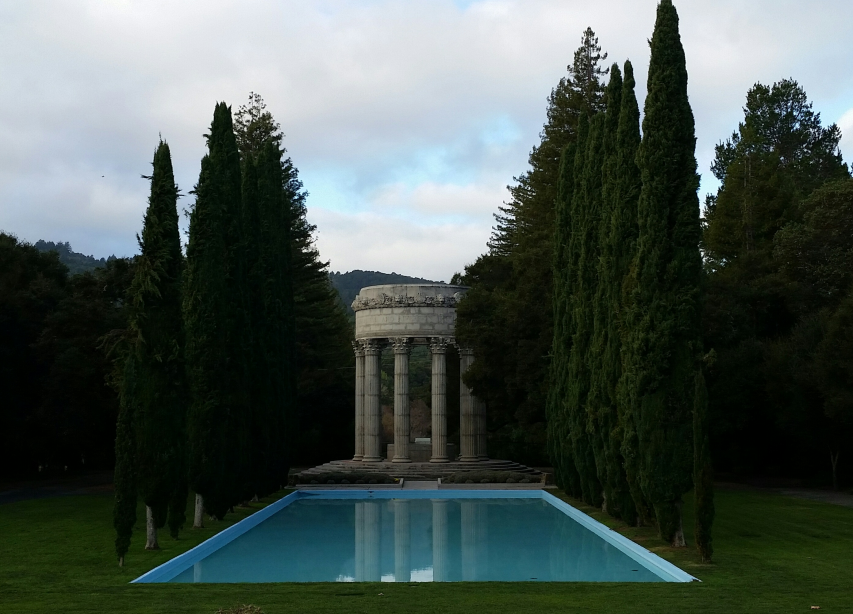 Welcome to San Francisco’s church of H20. A sanctuary to the sea, and an abbey of aqua. The Pulgas Water Temple.

The Beaux-Arts style temple stands alone amid rolling hills on a rural road off 280. It is a monument to a project that dammed a valley near Yosemite National Park and funneled its water to San Francisco residents.

Dubbed the Hetch Hetchy Project after the mountain the water came from and the valley it was dammed in, the engineering feat took more than two decades to construct. By its completion in October 1934, more than 160 miles of complex tunnels and aqueducts used gravity to pipe the water into the bay area. The $102 million project took place during some of the most tumultuous years in the US, as The Great Depression gripped the country. 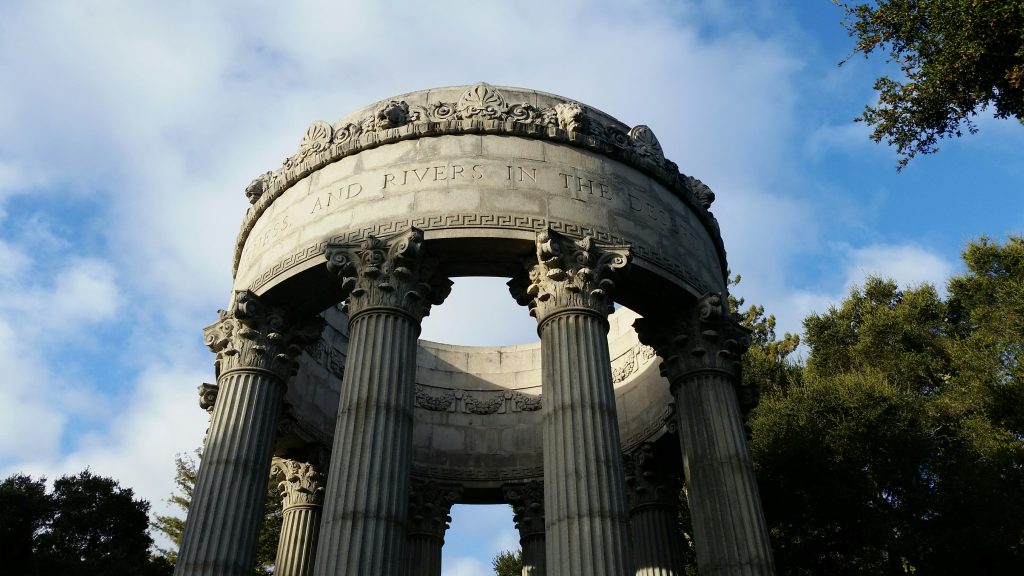 When I first moved to the bay area in 2015 I was looking for hiking trails and kept coming across beautiful pictures of the Pulgas Water Temple but being a direction-challenged map-moron I just couldn’t work out exactly how to get there. It didn’t help that hiking reviews of the site aren’t the most inspiring.
So it took until New Year’s Day 2017 for me to finally drive to Canada Road in Redwood City and see the temple for myself. There’s ample roadside parking at the corner of Canada and Edgewood roads and it’s an easy half hour stroll from there. 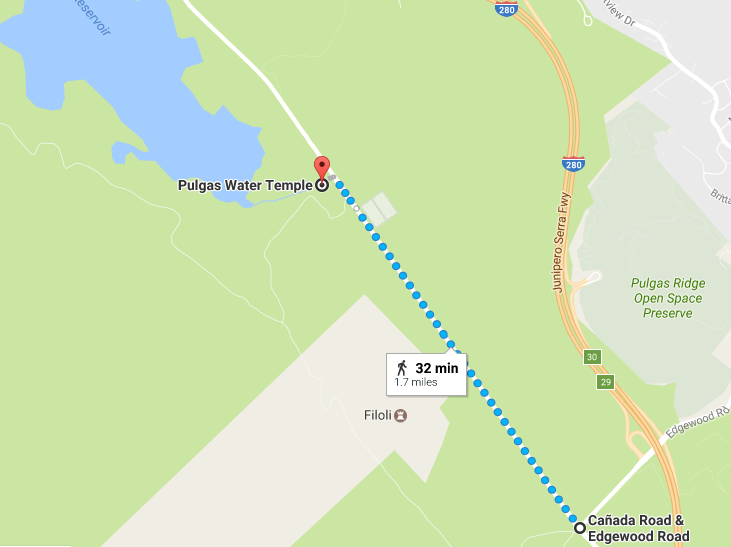 The Crystal Springs Trail, a dirt track that runs alongside Canada Road, gives views of sweeping meadows of the water district land, dotted with twisted trees. It takes you past Filoli, an early 20th century country estate, where you might spot a gaggle of brush turkeys or deer feeding themselves.

A tall green fence encloses the Pulgas Water Temple car park, which is only open on weekdays, but a pedestrian gate is open on weekends. Follow the signs for about three minutes and you’ll be standing in  front of the temple. 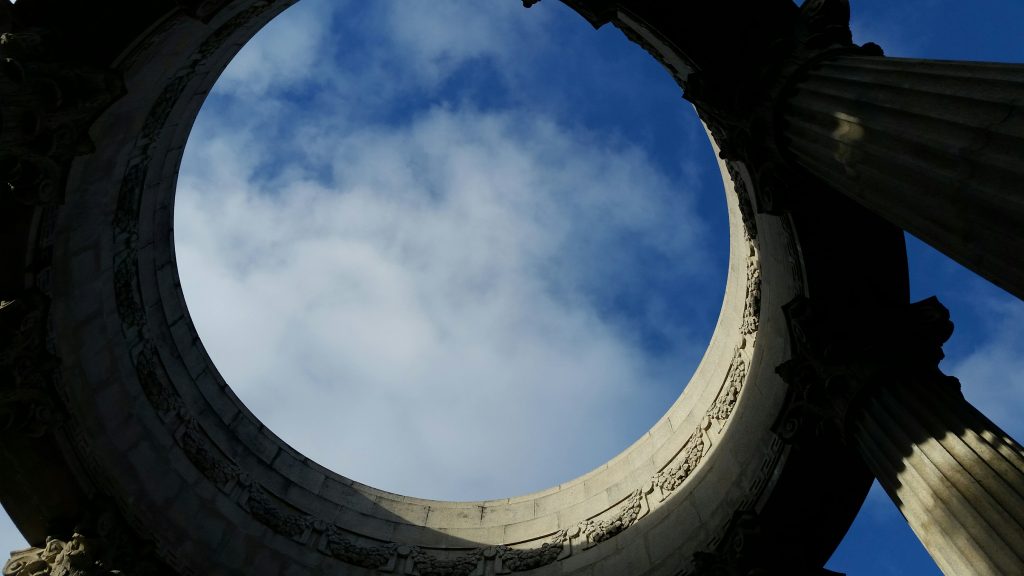 Its fluted columns stretch up to the sky, and a frieze emblazoned across the top of the structure proudly proclaims “I give waters in the wilderness and rivers in the desert, to give drink to my people”.

Water runs through an aquaduct under the structure, but before it can get there it travels through miles of tunnels, peripheral dams and reservoirs, hydroelectric power houses and aquaducts, according to the Hetchy Hetchy Water and Power System website.