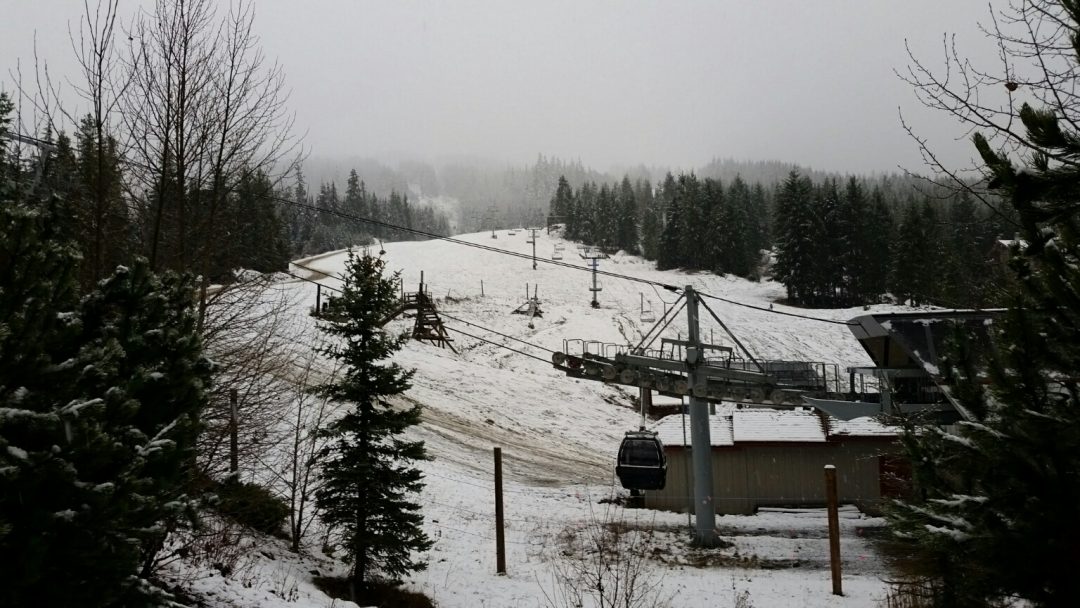 6shares
As my alliterative headline would suggest, Mr M and I made it to the beautiful ski town of Whistler for Thanksgiving for the first day of the season.

Trust me, it wasn’t planned that way, it just happened that the day I booked the tour bus up to Whistler and Shannon Falls was also the day that the snow bunnies came out of hiding. I’m also not much of a skier, in that I’ve never actually skied before.

Our bus driver Hermann was a real character. You’re probably picturing a portly older gentleman of the German persuasion. Well this Hermann is none of those things. A tall, lanky Vancouver native who’s into punk rock, skating and beer, Hermann was never short of a joke.

It made the trip to Squamish in the pouring rain much more cheerful. Wild winds the night before had stopped the local ferry from docking and passengers spent seven hours at sea waiting it out. The weather wasn’t much better when we arrived, but we managed to make the most of a break in the rain (but not the wind) for a few quick snaps and a hot chocolate.

Right on schedule, it had been dumping snow at Whistler for a few hours and it was still falling thick and fast when we arrived. I’ve never actually been to a ski village (what a surprise) so I didn’t expect the cluster of beautiful buildings that greeted us. Grocery shops, souvenir stores, ski gear, the library, restaurants and pubs huddled under narrow covered walkways. 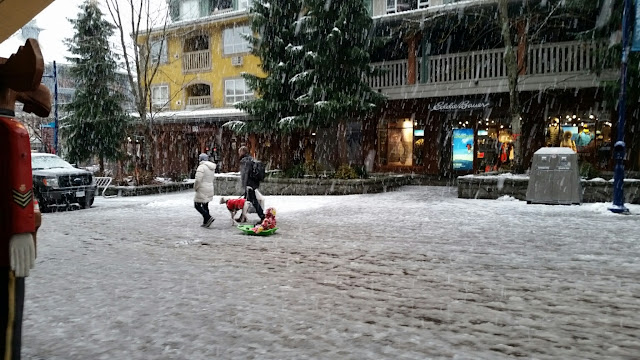 One of the real draw cards is the Peak 2 Peak Gondola that takes passengers between the Whistler and Blackcomb mountains, with views of glaciers and valleys. You can book in advance, which will give you a little discount (something I wish I’d known before). Quite a few of the runs were closed the day we arrived. 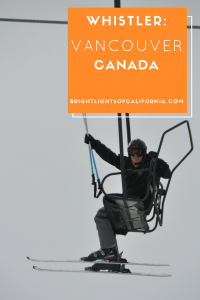 Unfortunately for us, it was snowing pretty hard for the duration of our visit so visibility would have been extremely poor and it wasn’t worth spending the money on the Peak 2 Peak. Instead we kicked back on a pub verandah and ate lunch, watched the snowflakes fall and had an Aussie-spotting competition. It turns out that we’re everywhere and Mr M is getting much better at weeding out the New Zealanders. 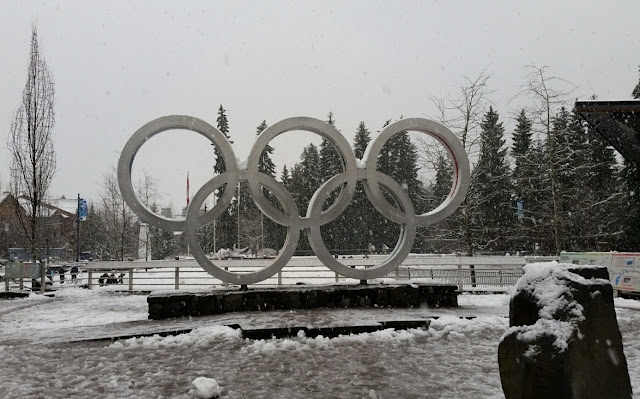 A leisurely stroll through snowy streets later, we came across the monument to the 2010 Olympic and Paralympic Winter Games. The Olympic rings stand as a reminder of the games and you can ski or snowboard the courses that Olympians competed on, which is very cool no matter how you look at it.

The bus ride back to Vancouver was less snowy and rainy this time so we got to witness the beautiful views of the Sea to Sky Scenic Highway from the comfort of our heated seats. A quick stop off at Shannon Falls rounded out the day. 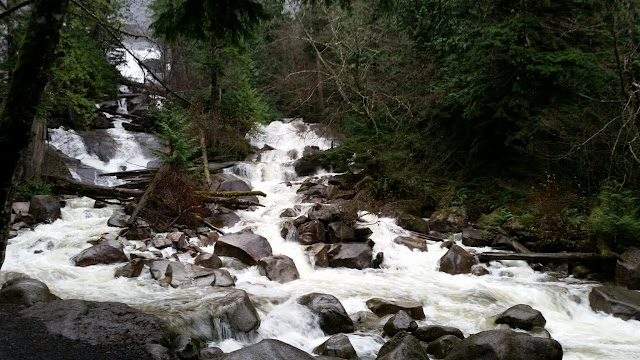 The series of falls drop 335 metres into a river that was well and truly running when we arrived. The falls are a short walk from the car park and well worth the stop to stretch your legs, walk through the woods and get some fresh air.