Visiting Vancouver: 8 Things to see and do 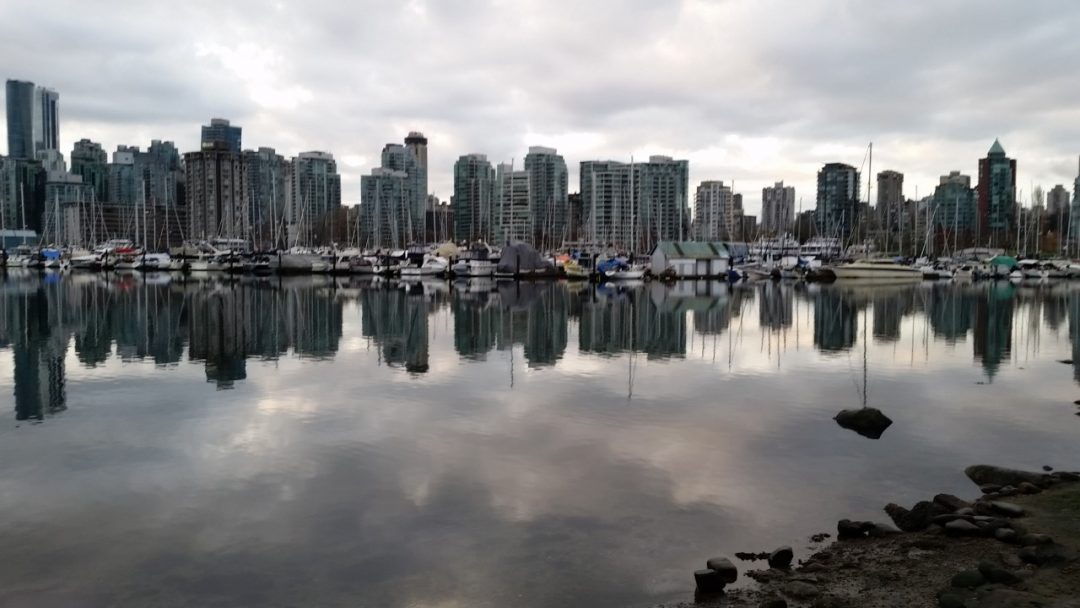 31shares
Trying to find cheap flights and accommodation over Thanksgiving weekend in the US is akin to performing dentistry on a crocodile. Impossible without sedatives. Also the sedatives don’t increase your chances at all in this instance. Who brought up sedatives? This is ridiculous.

So I set the parameters a little wider and came up with Vancouver, Canada. It ticked all the boxes:

We flew Alaska Airlines for part of the trip and I wish we’d booked the whole trip with them. Usually I don’t care much about the journey there (I can say that having spent a lot of time on Ryanair and Easyjet in Europe), and you get what you pay for usually. Having said that I found that Alaska went above and beyond for the price that I paid. The staff were lovely and helpful. FYI I’m not getting paid or any kickbacks for this, it’s just my opinion.

Skip to the eeeeend! The last thing I did in Vancouver was visit Stanley Park. When I hear “park” I picture a little reserve with some swings and a seesaw for the kids, so I felt a little overwhelmed when I visited Stanley Park on the outskirts of the city.

It’s 400 hectares with 27 kilometres of trails to wander, taking you through rainforests, giving you views of the water, beaches and mountains. I was there to run the Vancouver Historic Half 10km event. But I show up chronically early for everything so I got to have a nice warm up wander around and enjoy the place. Well worth the bus ride!

While I steer clear of some of the pricier tourist attractions in favour of walking around and exploring, FlyOver Canada came very highly recommended by a lot of my friends and family. Basically it’s a ride of sorts, where your seat hangs suspended in mid-air in front of a 20-metre screen that guides you through a flying trip over some of Canada’s most spectacular natural wonders and pretty cities.

Our visit was Christmas-themed since it was just after Thanksgiving, and we got to fly in Santa’s sleigh, along with a few surprises along the way, which I won’t spoil for you.

If you’re a sucker for architecture, the Vancouver Public Library is a must. It’s part Colosseum, part modern building, complete with it’s own rooftop garden.

You could spend hours in there, or you can do a walk-around on your way somewhere else. Either way, it’s a gorgeous monument to literature.

Go for the name, stay for the food. And the Steam Clock. Gastown has a bunch of fantastic restaurants that Mr M and I were lucky enough to sample. The Flying Pig appealed to my love of gastropubs and while L’Abattoir was on the pricey side, it was the perfect atmosphere for a special dinner. It has great cocktails as well.

The steam clock runs on a single steam engine and some electric motors, and it draws a significant crowd. Maybe it’s because it was featured on the cover of a Nickelback album? But I’d like to think that Nickelback doesn’t have that many fans. Both now and previously.

The clock was built in 1977 and was paid for (just a measly $58,000 Canadian) by local shop owners and donors. I’ve said that it’s popular, but it does have four faces, so you have lots of chances to take a shot in front of it or just as it puffs steam every hour.

Technically the Capilano Suspension Bridge is just outside of Vancouver but there are free buses to and from the bridge which is just a 15 minute ride away from the city. Also, I’ve written about it in detail here, but this is the general jist.

The bridge is situated inside a park of sorts, that recounts a lot of Native Canadian history and practices. It’s full of totem polls and is great for kids because they get to collect stamps along the way. Apart from the 140-metre long suspension bridge that swings 70-metres above the Capilano River, the park includes a Cliffwalk that follows the granite canyon walls and gives views of the sediment and the rainforest below.
Then there is the Treetops Adventure, where little suspension bridges link to crows nests dotted amongst the rainforest canopy.

This seems a little literary-heavy, but there was a great second hand book shop next to our hotel called McLeod’s Books that will take your breath away. If only because of the sheer number of tomes in this place on everything you could imagine.
Mr M and I spent at least an hour in there looking around, and I walked out with an old and well-loved copy of Louise May Alcott’s Little Women. And a renewed sense of what my house would look like if I became a hoarder. Check it out if you’re brave.

There was time for one day trip and that was always going to be to Whistler. A quintessential ski and snowboarding town, Whistler is gorgeous summer or winter. There are hikes during the summer where you really get to appreciate the beautiful landscape and, of course, skiing and the like during winter.

It can be a bit pricey to stay in the village so a day trip was perfect for us. Be sure to take a trip on the Peak 2 Peak Gondola that runs passengers between Whistler and Blackcomb mountains, giving spectacular views of glaciers and valleys on the way.

There are two Chinese gardens in Vancouver and, conveniently, they sit right next door to each other. Named the Dr. Sun Yat-Sen Classical Chinese Gardens, one is free to the public to wander around in, while the paid park was built with materials imported from China. Go there. It’s pretty.

Those were my favourite spots, and I know there are many more, so tell me what you love to do in Vancovuer! 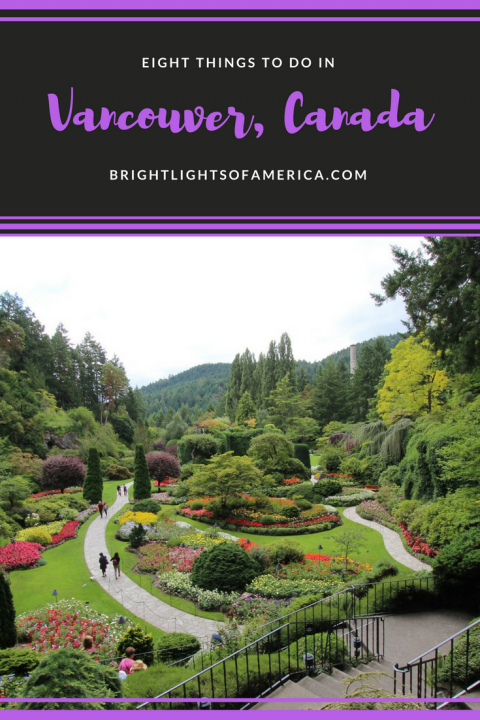