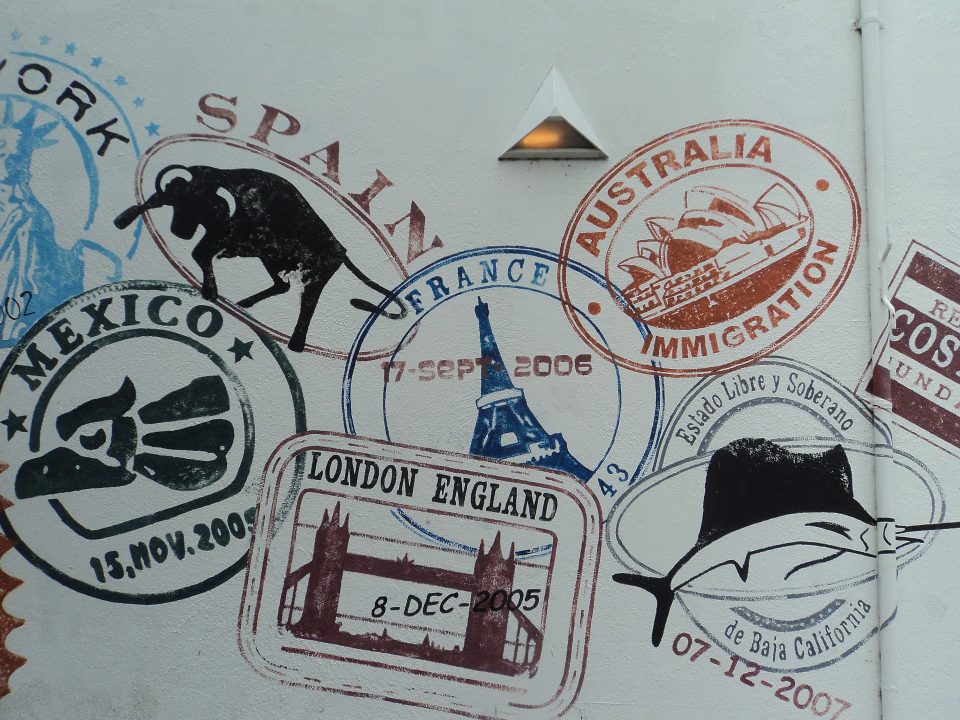 Expat life is full of excitement and unexpected twists and turns. You experience the highs of having a whole new place to explore, possibly learning a new language and a new way of life.

But there’s a downside to expat living as well, and it tends to rear its head as we get older and think about setting down roots and what “home” really means.

As an expat in my *shudder* mid-thirties, I’ve lived all over the place, but now I’ve started wondering “where home” really is for me. Is it in Sydney, where I was born and grew up? Where most of my family are?

Is it London, where I had a glorious time soaking up the culture, traveling around Europe and enjoying way too many museums to count? Or could it be the US, where I met Mr M and have been happily existing in for almost two years now?

It’s all about where you, as an expat, what to put down roots I suppose. Unless you want to become a travelling family, which is feasible for some. I do think that children require some form of stability and uprooting them every few years to go to different schools and make new friends in strange places is probably not the best idea. 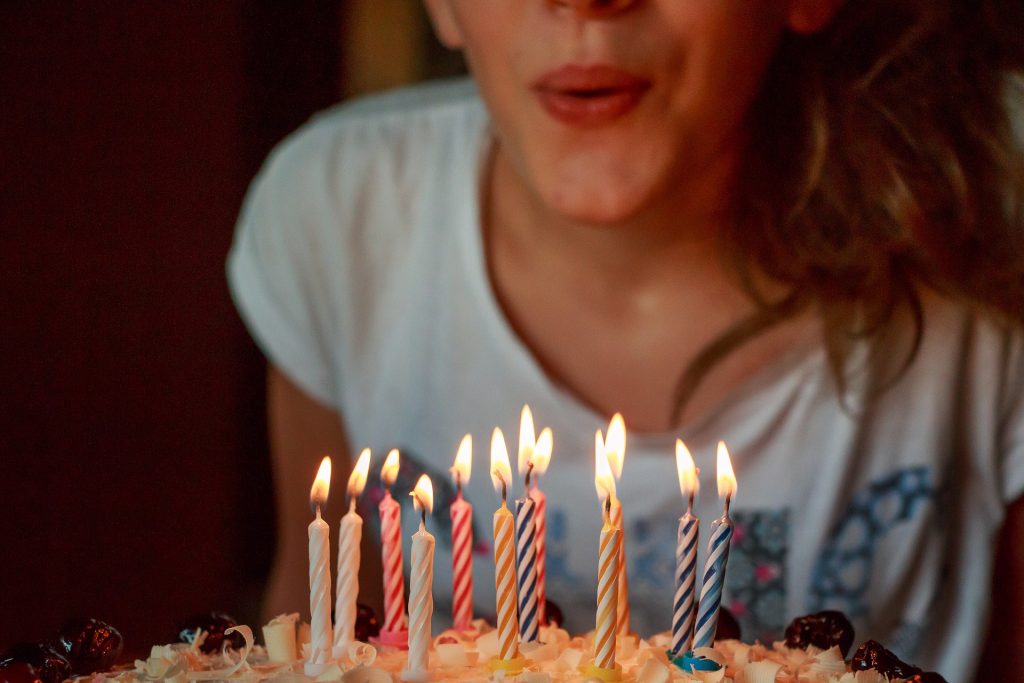 There are so many things to consider when deciding where home is:

I had a great conversation about this with a coworker from The Netherlands the other day. Talking about constantly moving and being in that state of flux. He said something that I found really interesting:

“Being a third-cultured child, you know that you might not want to live in your birth country, so you’ll never really have that feeling of “home”. Where is home? You’re always in doubt, you’re always floating.”

Living away from family and friends generally means missing out. Weddings and birthday parties are held without you, new babies come into the world that you won’t get to be close to, despite the leaps and bounds of video chat. It brings you closer but really cements that distance between you.

All of these factors have my head in a bit of a spin. I can’t see into the future and the US isn’t exactly a friendly place to immigrants right now. Expats get a bit of leeway, but rules are tightening anyway. Which leads me to the second option of sorts.

It’s a sticky subject for most expats: the question of whether to move home and when to do it. Will home be the same as when you left it? Will you be different?

I’ve repatriated once, from London back to western Sydney and the shock was palpable. It didn’t help that I was going from total freedom to moving back in with my parents – it was like the double whammy of repatriating.

That move made me feel like I was going from a huge world with so many possibilities, places to visit and things to do, to a much smaller one. It wasn’t bad, per say, my family and friends were all glad to have me home. But it was a big adjustment at first.

Then I was off again. The problem with repatriating and settling down is that you’re always going to have that “itch” to get away.

Being a third-cultured child, you know that you might not want to live in your birth country, so you’ll never really have that feeling of “home”. Where is home? You’re always in doubt, you’re always floating.

How have others found the daunting task of moving back “home”? Unfortunately, they haven’t found the support for their decisions that I did. One expat was greeted with comments like “thought you’d be too worldly and good to come back to this town” and “I’m sure you’ll look at private schools now that your kids are too smart for the public ones we use”, when they told friends of their imminent return.

When kids are involved in the equation, it becomes a bit more of a tough decision. Should you give them a home base to return to between trips, so that they do have a sense of home? Or just move from place to place? What’s best for them?

Yes, I went there. Sorry, I couldn’t help it. Here we are, at home base.

Cynthia started off with a home base of sorts, “somewhere that would create some kind of sense of stability, especially for the kids”, but after attending a Families in Global Transition (FIGT) talk she changed her mind.

“…but then at FIGT at one of the talks this phd had done research on it and it seems the constant repatriation actually has a negative effect on the identity of [Third Culture Kids], Cynthia said.

“Knowing how difficult it was to repatriate (which I tried) it kind of makes sense. So I’ve let go of that idea and try to be “here” wherever we are and take it as it goes and embrace it fully while it lasts and it’s time for the next place.”

Karen and her son had a different experience though. While the family lives overseas, her youngest child repatriated to the United States to attend college, and basically have a place to call home.

“All kids are different but as my youngest went back to the states for college a home to share Christmas and a place for him to go that he can call home has been a good choice,” she said.

“He just finished spring break there with eight friends from college. It gives him a sense of belonging.”

Not for lack of trying

There are those who want to settle down in one place, but then life got in the way. Take Esther for example, she moved from the UK to Vanuatu and intended to stay there, but it didn’t quite work out.

“Then I thought I would put down roots back ‘home’ in the U.K. I didn’t get the family interaction I was looking for and the GFC made keeping a job hard,” Esther said.

“An opportunity came up in Dubai. Lifestyle was too flash and we lasted 2 years. Sydney, 3 years on, is great. I feel like I’ve been trying to settle since I first left the UK in 2003!”

The idea of putting down roots in a certain place might not quite match up to the reality of the country you’ve moved to. Like Esther, it might take a couple of moves before you find the right place.

What about the perpetually indecisive, like me? Maybe I shouldn’t tar everyone with that same brush, but I do tend to change my mind quite a bit.

Samantha and her husband are both “third-cultured kids” and find living in a place where everyone around them has settled down “a bit odd”.

“We go back and forth between feeling we should have roots somewhere and finding the things people with roots concern themselves with hard to understand (such as the way they accrue stuff such as decorations for different holidays/seasons because they don’t have to keep moving),” she said.

Then there are the perennial explorers and adventurers. They’re not ruling anything in or out, just going with the flow and seeing where life takes them.

Heather fits into this category… sort of. She says she has “zero intentions” of taking up any of these options.

“My intention is to do what feels right in the moment. Right now, that feels like I’ll keep jumping around, whenever my visa runs out, I stop enjoying where I am or find a better opportunity elsewhere,” she said.

“No intention to stay here, no intention to repatriate. But I would never try and predict my own future by saying that I won’t stay, go home, leave tomorrow or any other option. That’s just how I feel right now. It works well for me. It helps that I have chosen not to have children because I only have to consider me and my husband with this way of life. And luckily, he loves following me on these adventures (or at least he has so far!).” 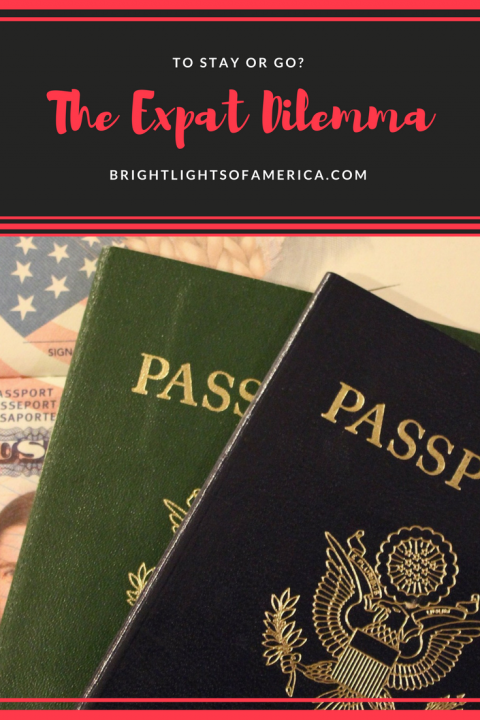 Now it’s your turn. Have you repatriated to put down roots? Or have you kept on moving where your career or whim takes you? What’s your experience?