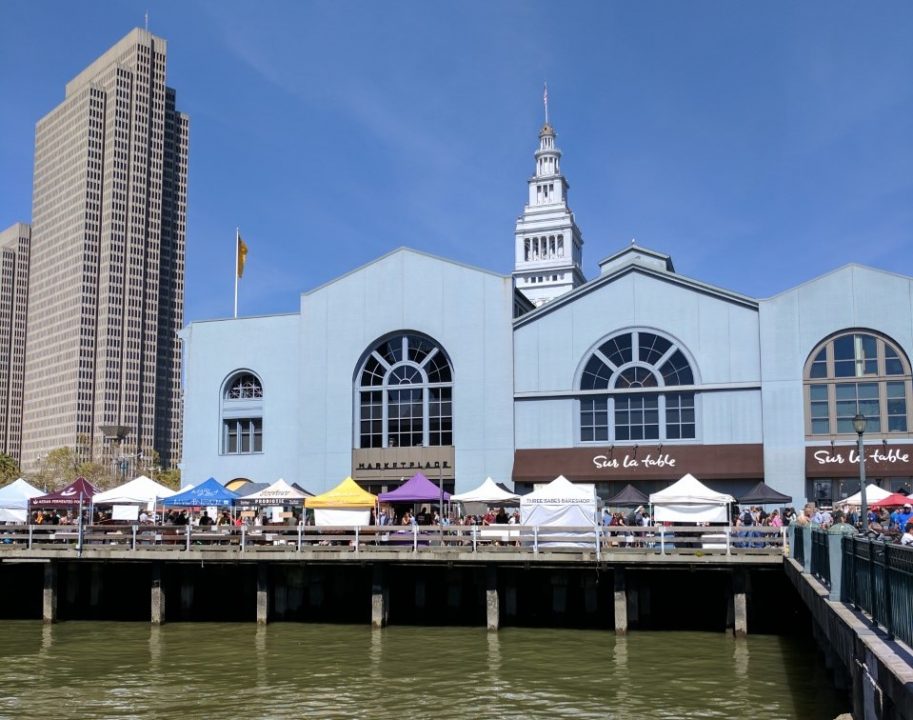 I’ve lived in San Francisco for exactly one year and 10 months now and until yesterday, I’d never stepped foot inside the Ferry Building.

This makes me a terrible tourist and a worse travel blogger considering the Ferry Building is such a San Francisco icon and perfect meeting spot. I’m guessing that before mobile phones became a big thing, everyone was meeting under the Ferry Building clock.

If you’ve never seen it, the San Francisco Ferry Building is big, light blue and stands at the end of Market Street. Historically, it’s importance stemmed from being at the centre of transportation from its opening in 1898.

Anyone travelling to San Francisco until 1930, had to come through the Ferry Building and as many as 50,000 people would commute by ferry each day. 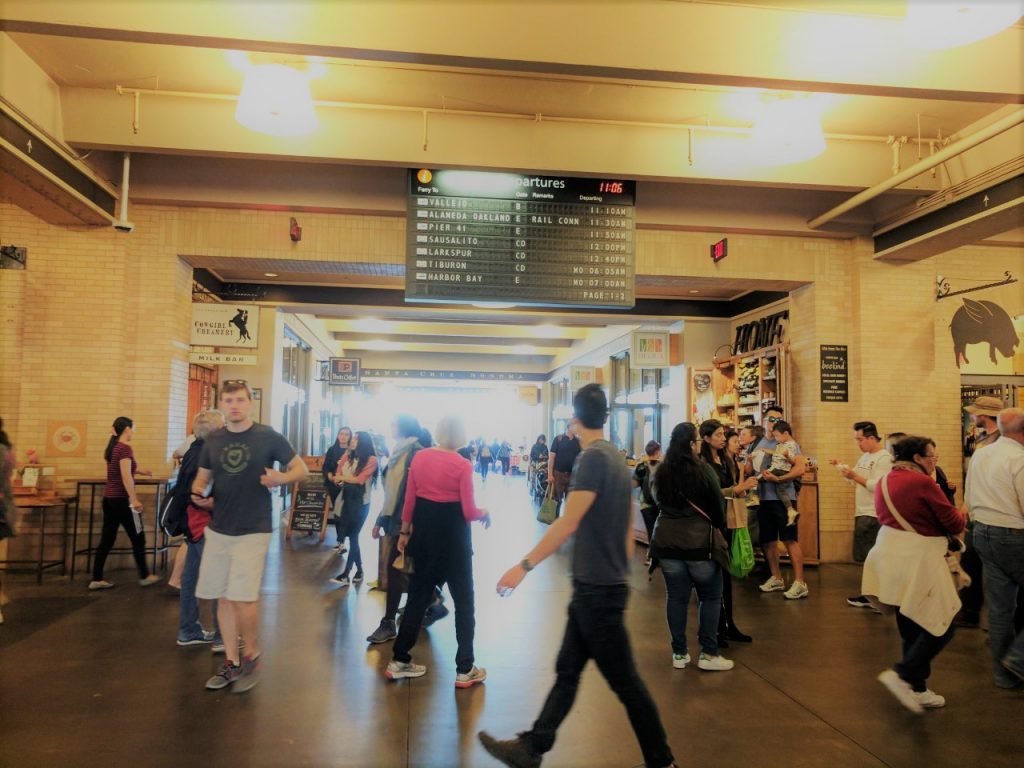 When the Bay and Golden Gate bridges opened later in the 1900’s, less people used the ferries for their daily commute and the building fell into disrepair.

After restoration, the Ferry Building was reopened in March 2003 as a food market. That’s where I come in – food is important and so I visited.

Walk along Embarcadero on a Saturday and you’ll eventually stumble upon the Ferry Building, but while you’ll no doubt see it first, the best part about the Farmer’s Market is the smell. 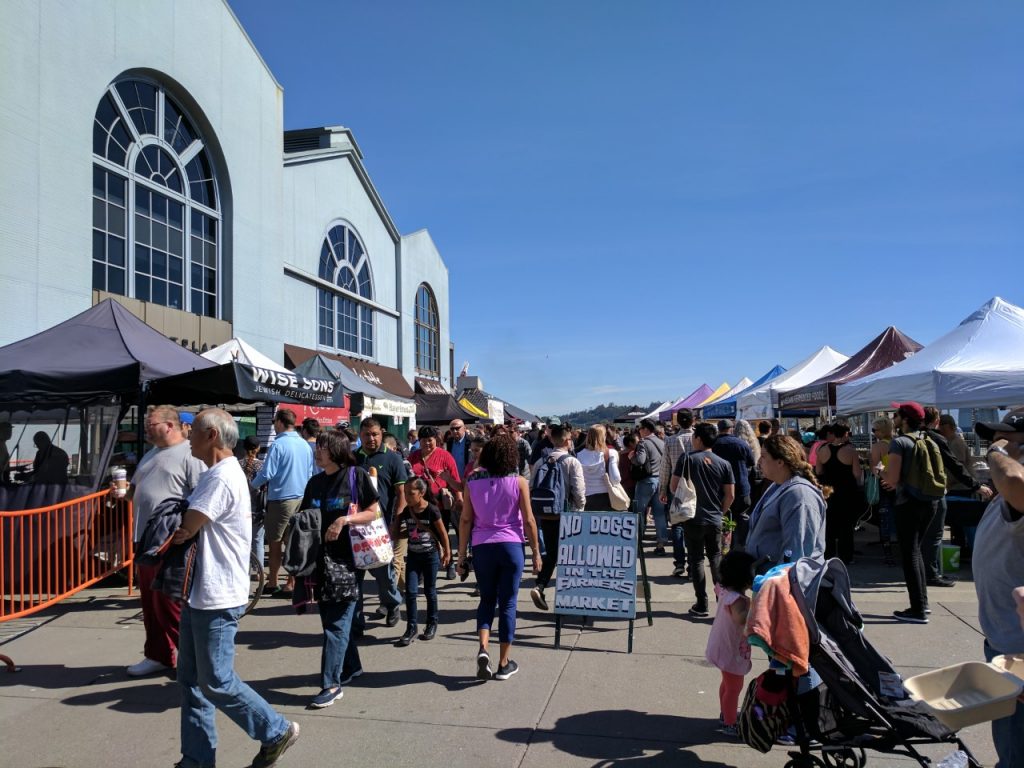 It might not be to the taste of vegans or vegetarians, but the food vendors outside are the real deal. The smell of grilling meat wafts over the whole area, which is nice because the closer you get to the bay, the less pleasant the smell.
There are so many farmers and vendors at the Saturday markets that they don’t all fit in the building, so you’ll see heaps of tents surrounding the building. 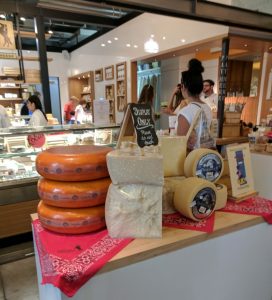 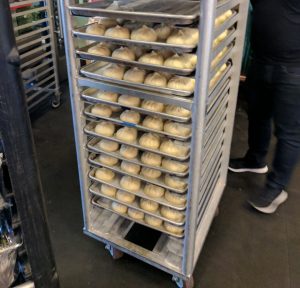 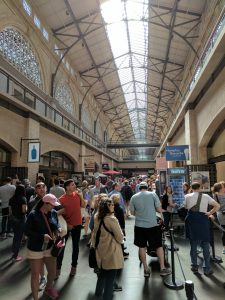 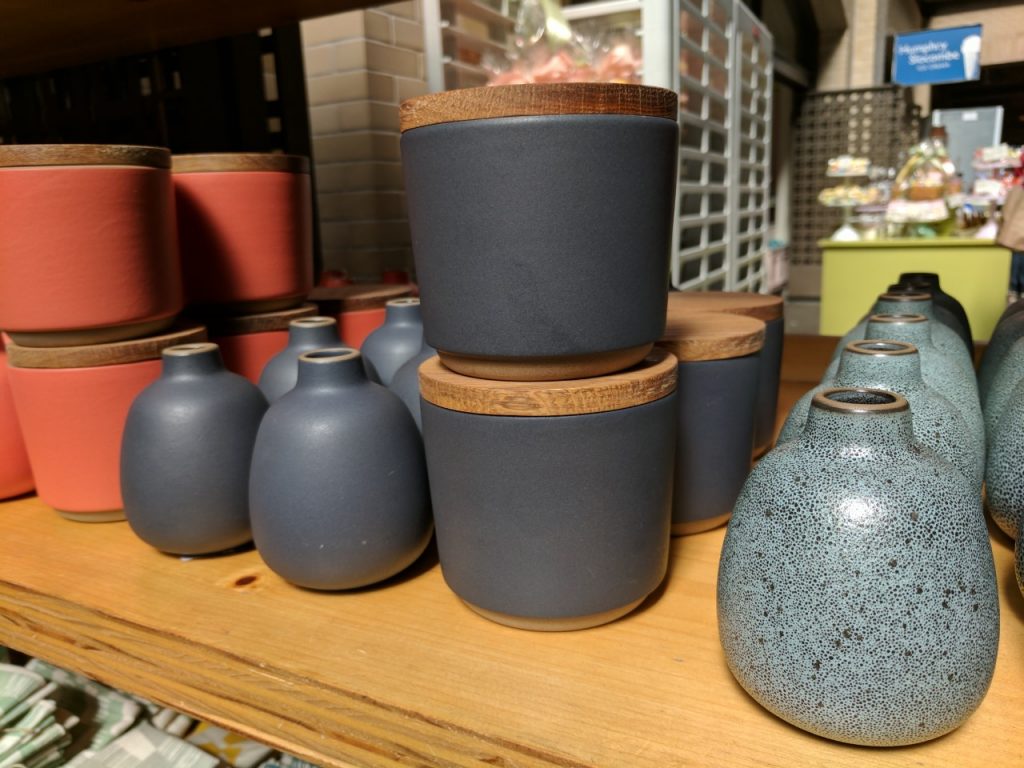 I *may* have fallen in love with these vases as well. The speckled blue ones to be precise. And if I didn’t have to get back to my car to feed the meter, I would have spent hours in the Ferry Building yesterday. It’s a great place to while away a few hours and well worth the visit. 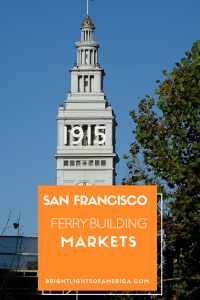 Pin me for later!
The Ferry Plaza farmer’s market runs from 10am-2pm on Tuesdays and Thursdays and from 8am-2pm on Saturdays.