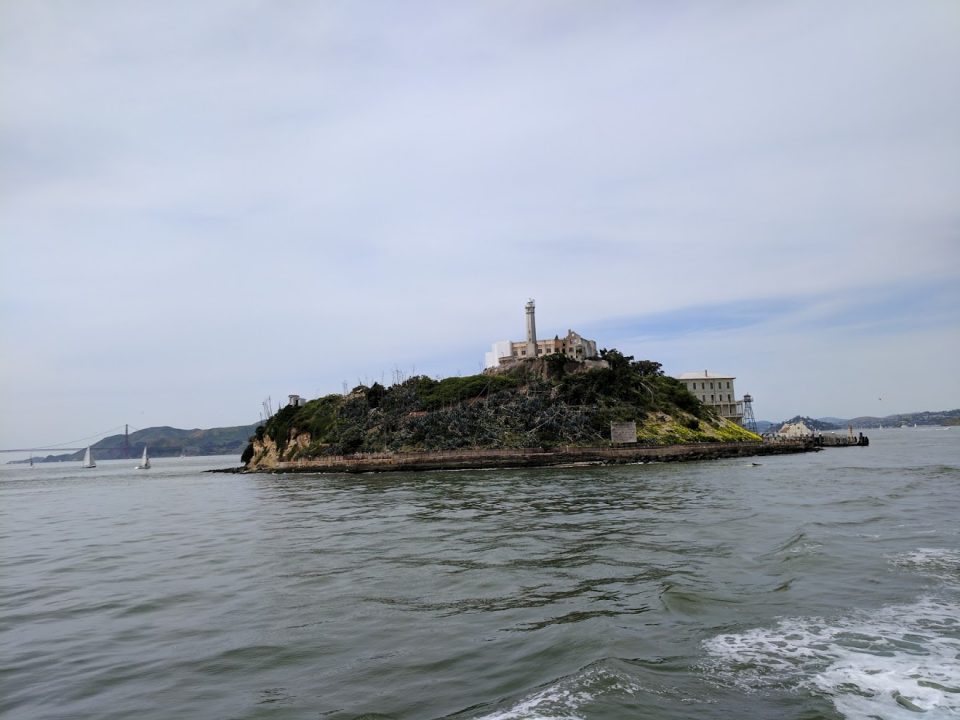 I first tried visiting Alcatraz Island when I arrived in San Francisco almost two years ago. That’s when I found out you need to book tickets weeks ahead or there’ll be no Alcatraz for you.

Exactly one year, eight months and 27 days after moving to San Francisco, I clambered onto the Alcatraz Flyer ferry with Mr M and a few friends in tow, ready for adventure.

Everyone who’s watched any movies from the “cops-and-robbers” genre already knows that Alcatraz Island is home to one of the world’s most famous penitentiaries. That’s a prison for the less fancy among us. 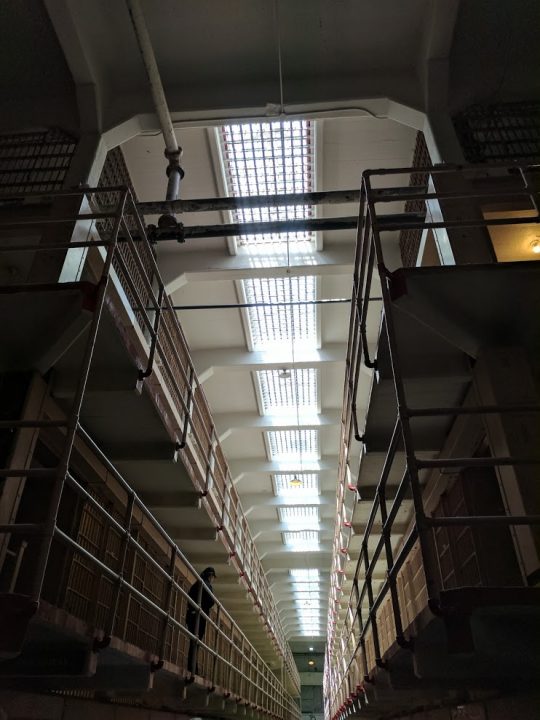 From the time it opened its doors in 1934 to its closing in 1963, Alcatraz Island housed the worst of the worst from all over the US. Colloquially known as The Rock, the island was home to gangsters like Al Capone and George “Machine Gun” Kelly.

Alcatraz Island was an ideal maximum-security prison purely because, as an island in the middle of the San Francisco Bay, getting out and swimming to shore was thought to be impossible. Hence its moniker as “the inescapable prison”. A nickname that was to be proven wrong.

What you didn’t know

Alcatraz Island has a much bigger history then just its prison. It was named “La Isla de Los Alcatraces”, after the pelicans that flocked to the island. The first lighthouse on the Pacific shoreline of America was built on the Island in 1854 to guide ships into the San Francisco bay. 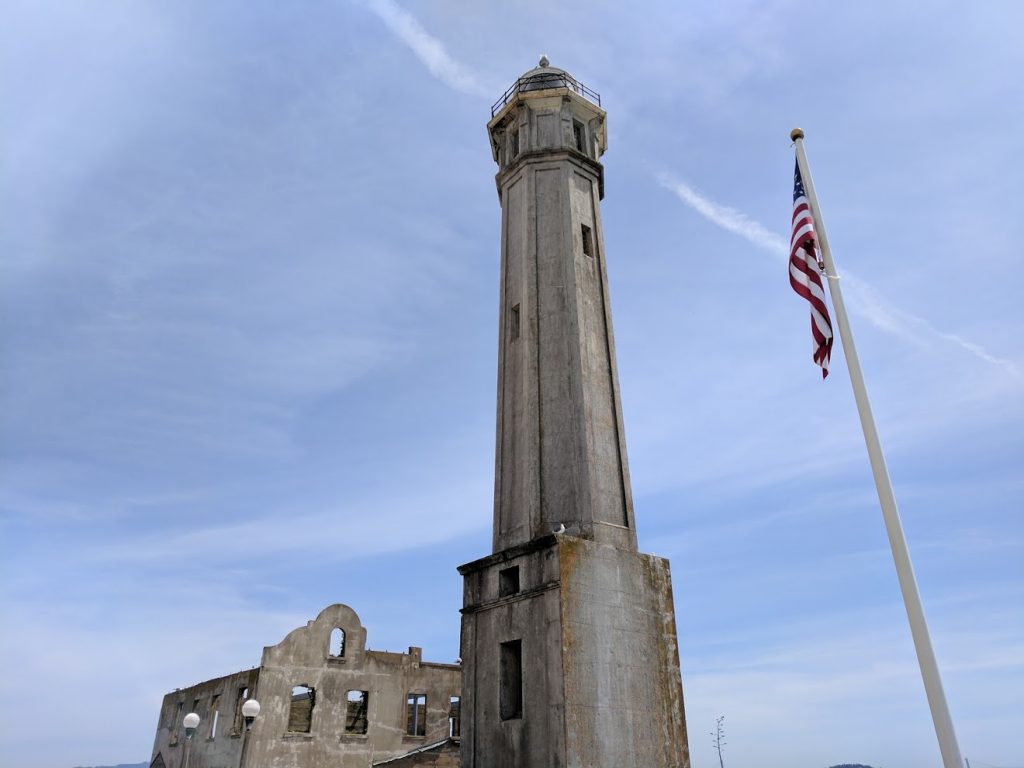 It was fortified and used as an army outpost and 100 cannons were dotted around the island to protect the bay. Unfortunately their bark was much worse than their bite – with only a five per cent chance of ever hitting their targets.

The island was turned into a military prison, where those accused of treason during the American Civil War were held. It also housed “Confederate sympathisers” and some American Indians during the Spanish-American War. The Alcatraz prison we know today was built by those inmates.

The first thing I noticed were the tiny cells – 5ft by 9ft (1.5m by 2.7m). The cells stretch up three stories high and include a tiny basin, bed and small shelf. This place was not for the claustrophobic prisoner.

But at least the food was good. Apparently it was the best in the US prison system and inmates often applied to be transferred for the food and the promise of a single cell. 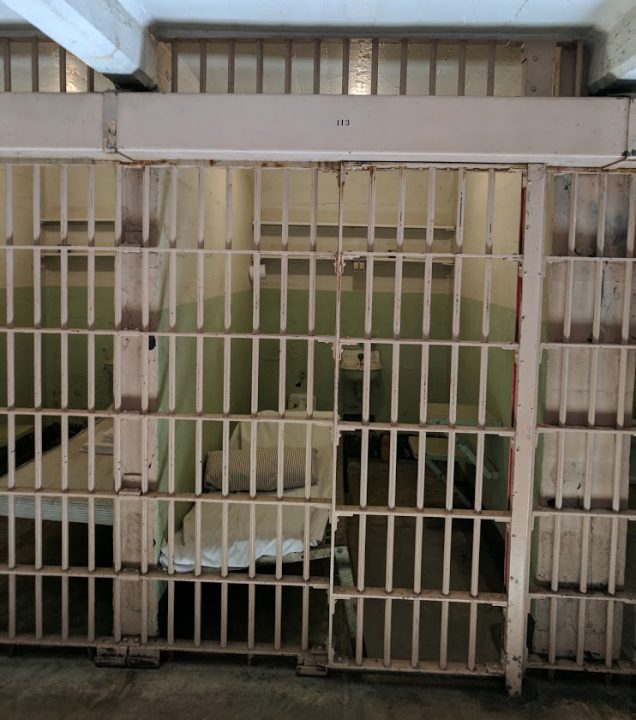 There were a few escape attempts from Alcatraz Island, none more famous than that of Frank Lee Morris, which took months to devise. Morris wasn’t lacking in the brains department and he, along with three other inmates, created dummies, built rafts and made life jackets from rain coats.

After digging through the vents in their cells, they tucked the dummies into bed and broke out of the building through the utility corridor, using the rafts to escape to mainland. No one knows whether they survived the trip.

It’s beautiful in the spring. Although the island is mostly made up of rock and bird excrement, there are some beautiful wild flowers growing today and even boasts a garden tended to by prisoners and guards. Unfortunately the gardens aren’t always open to tourists. 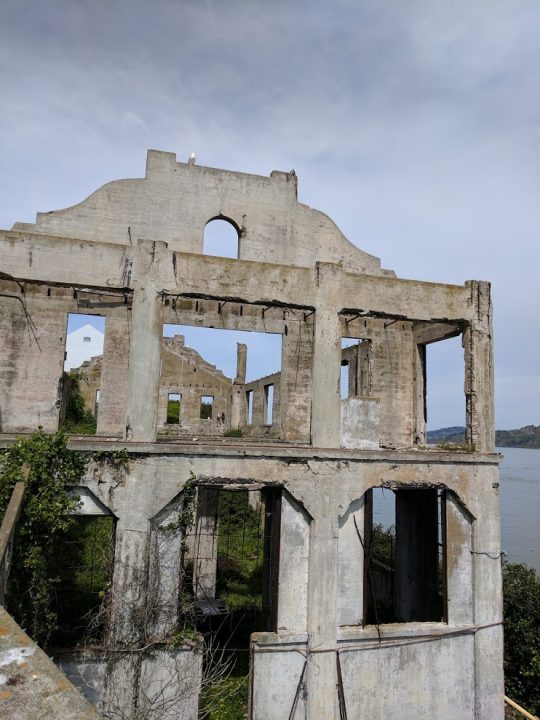 Guards lived on the island with their wives and children, numbering about 300 civilians in all. An Officer’s Club was built as the centre of entertainment on the island, with its own bowling alley, bar, library, gym and dance hall.

The burnt out shell of a building on Alcatraz Island today is all that remains of the Officer’s Club. A fire ripped through it in 1970. 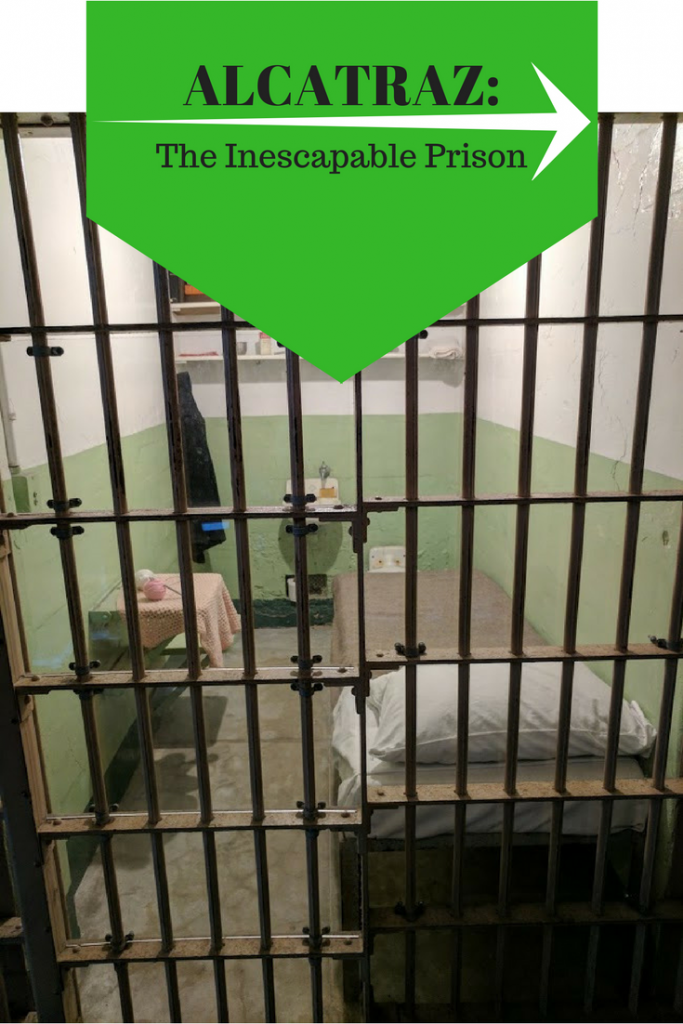 Alcatraz Movies (to get you in the spirit)