12 Weirdest things on sale in the US 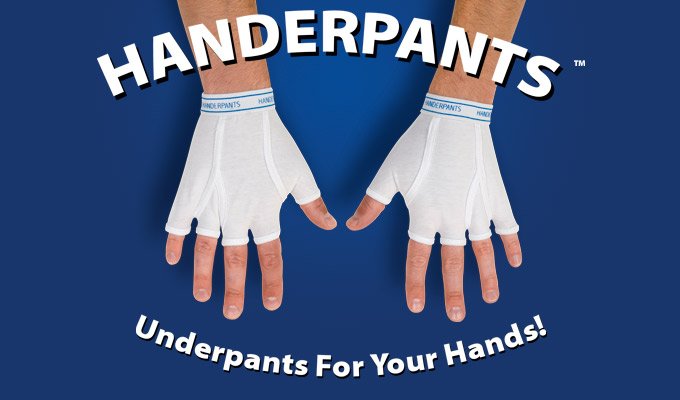 America: where capitalism came to buy more stuff. You can purchase literally ANYTHING in this country, which throws up some very weird conundrums between what you want and what you actually need.

I want a home defibrillator but do I actually need one? Probably not, but I can’t see into the future, so maybe I should get one anyway. I don’t want to be the fool who didn’t order those paddles online and then finds themselves having a heart attack on the lounge room floor. That’d just be stupid.

As an immigrant, it’s easy to be overwhelmed by all of the weird and wonderful items on display in shops or staring out at you from websites like Amazon. So I boxed them up in a pretty little post for you and everyone else around the world to enjoy.

I know that there have always been “survivalists” out there who have that bag packed and a secret place to escape to come the revolution or the apocalypse, or some other major catastrophe. But ever since Donald Trump became the 45th President of the United States, things in the survivalist area seem to be ramping up considerably.

Silicon Valley tech executives and the “super-rich” are prepping for doomsday, which leads me to the first find that made my jaw drop: enough emergency food for four people to live on for a year.

For the all-time low price of $4,000, you can have the piece of mind that only 31,500 servings of freeze dried and dehydrated food can give. You don’t even need electricity to heat them up – just ad water and you’re done. It even comes with its own cook book in case you want to spice things up while living under a rock in a barren wasteland.

There’s everything from fruit, vegetables, meat, fish dairy and baking essentials (because birthdays don’t stop for the apocalypse). And fear not, America’s favourite food bacon is well represented with eight packages included. Good luck storing the 378 cans you’re having delivered!

Mirror That Answers Your Phone

Have you ever been doing your make up, plucking those pesky eyebrows or getting rid of unsightly nose hair when the phone rings? Sure you’re busy doing something that requires at least some form of concentration – but the phone is ringing!

Rather than stopping, running to your landline (who even has one of those?) or putting the mobile call on speaker phone, all you have to do is route it through your mirror.

You can take narcissism to the next level by staring at yourself while talking about yourself to someone else. And if your shower singing requires back up music, the mirror will even play music and charge your phone! Perfect! Just what my bathroom has been missing for all these years.

Light Up Your… Pee?

There’s nothing worse than being blinded by that bathroom light when you get out of bed for a midnight tinkle. America has fixed that for you with its very own motion activated toilet bowl nightlight.

Judging from the disgruntled comments left from customers, they may not have worked out all of the kinks in this system. Although you do get helpful tips from customers such as not to use the red setting because it ends up looking “like a bowl full of blood”. 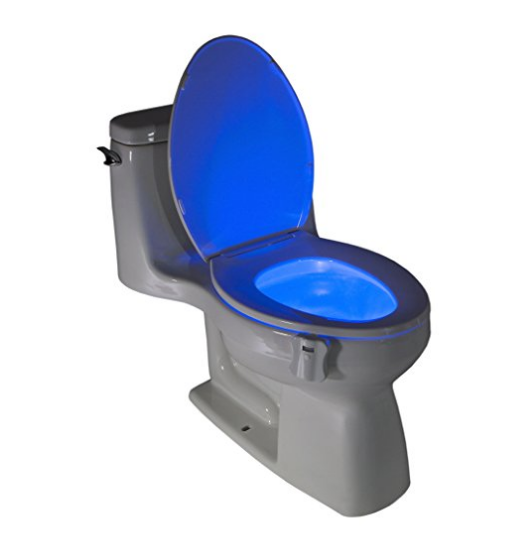 Maybe hold off until they manage GlowBowl 2.0, since the light doesn’t actually seem to turn off once you leave the throne room. You can also switch it to alternate colours, so that you can have your own bathroom rave whenever you want. You’ve been warned!

How often do you cook artichokes? I’m talking the entire thing, not just the hearts? I’m guessing it’s a couple of times a year, at best.

Personally, I haven’t really struggled to work out when my mess of green leaves are cooked, but in case you struggle to get it right, there’s a measuring tape for that.

I didn’t even realise that you could microwave an artichoke to be honest. Why would you need to do that? I’m obviously missing out on some stellar meals over here.

All you’ve got to do is wrap this tape around the widest part of your ‘choke and cook it for the corresponding time. Easy as pie! Still weird though.

When that particular pooch of yours just won’t keep his head inside the car, or is riding pinion like the road dog he is, his eyes are going to dry out. It’s simple biology people!

Solution? Doggles of course! Give your dog that “just stepped out of an Olympic pool” look with googles that will protect him. Pair it with one of those leather aviator’s caps and Fido can transfer from car to plane with ease. And look like Mutley.

FROM THE PEANUT GALLERY (who I adore)

I shared my blog around the traps, as usual, and got some cracking additions to this post, so I’m updating it with the weird and wonderful things you can buy in the US, as noticed by the members of The KIWI and EMU International beer garden (an awesome group, which you should join if you’re an Aussie or Kiwi expat) and, as usual, the Australians in San Francisco group.

Adam Pyke was particularly prolific in finding and photographing weird stuff. Here are his contributions!

It’s probably a fake. That’s right, in the US you can buy pine tree scent to spray on your fake plastic trees (Radiohead pun intended). This stuff is bound to be full of lovely artificial things that will get right up your nose. 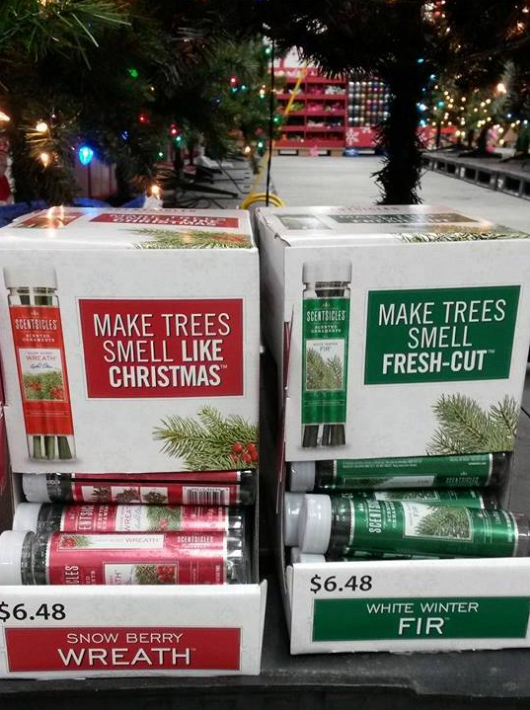 You’ll have to pardon me being slow on the uptake, but it seems that you can also use this stuff for your fake snow berry wreath! Or any wreath at all, I’m sure no one will pull you up on it.

Say you’re in the forest (or bush to any Aussies out there) and you’ve dropped some crumbs. The thought of bears smelling those crumbs in the night (or day) and sneaking up on your campsite for a midnight snack of human might be a little scary. 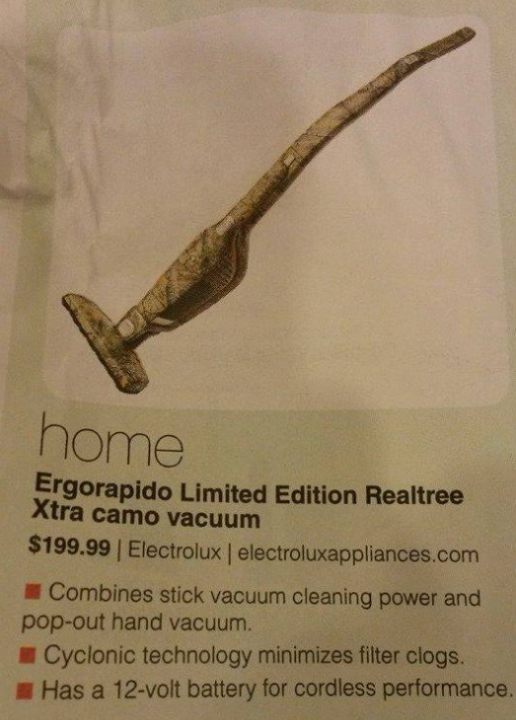 Never fear! The Camoflagued portable vacuum is here! It looks kind of fuzzy, like you could lean it up against a tree and anyone would think it was a vine. What other situation could you POSSIBLY need this for?

Have you ever been chewing on a piece of cake and stopped to ponder “this could really use more bacon”? It happens to me all the time to be honest, but in my home country, I just don’t know how to satisfy the craving. 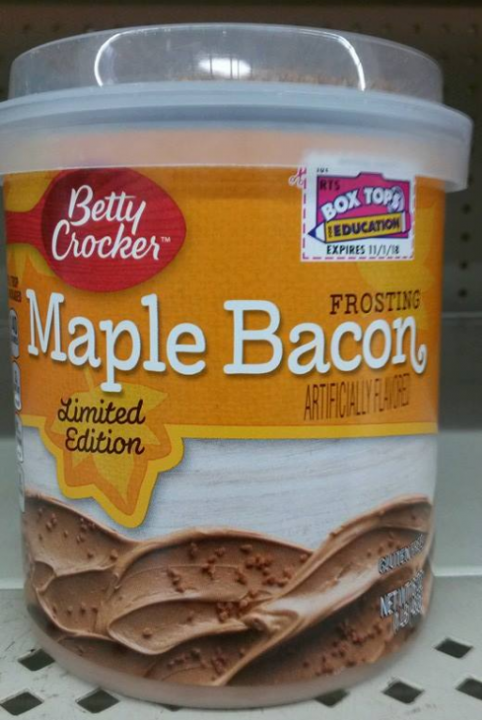 Betty Crocker’s got my Americanised-back though. If you can’t bake that bacon INTO the cake, why not slather it on top?

There is no why-to or wherefore when it comes to Handerpants. The picture says it all. My jaw is on the floor. 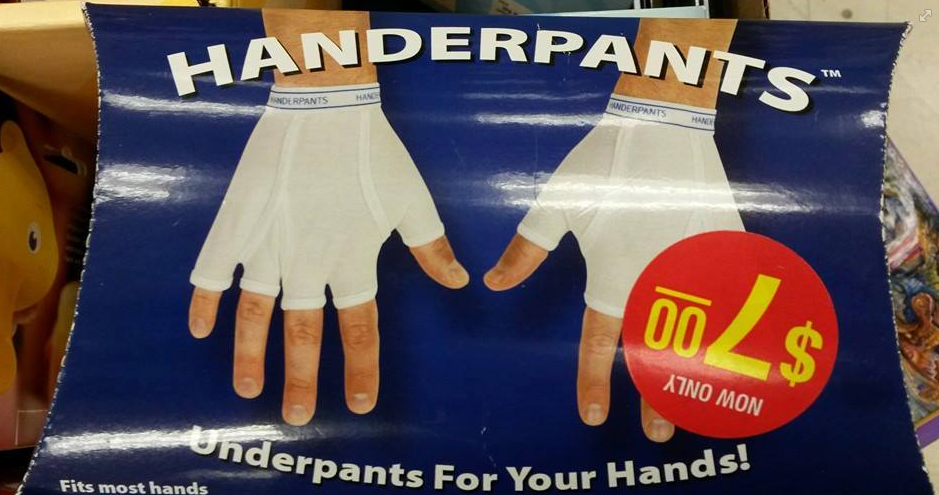 There’s a drought in California right now. It doesn’t feel like it since it seems like it rained every day of winter, but there you have it. Droughts don’t just clear themselves up in a couple of months.

A lot of people have resorted to drought-hardy plants for their gardens but others have gone the astro-turf route. I’m assuming this is the next step in that very same direction. 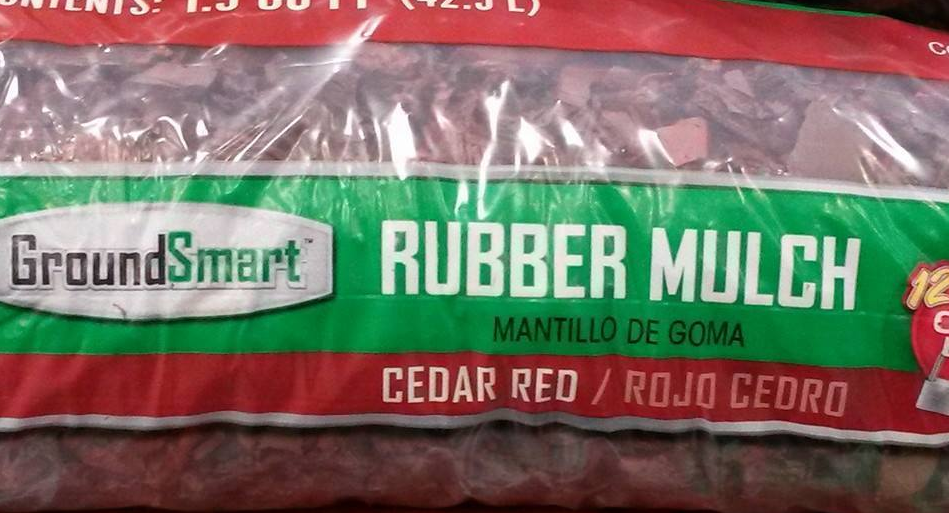 Garden In A Box

Speaking of gardening, Fiona Pyke – who I’m guessing is somehow connected to dear Adam – goes one step further… or is it one step back? 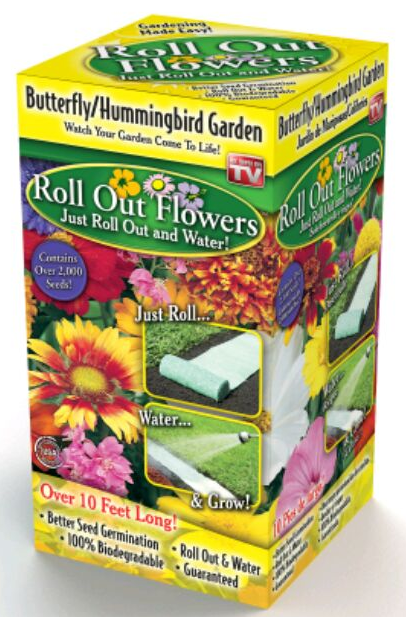 For the lazy gardener anywhere. Just roll out this 10-foot mat of flowers, water and let mother nature do the rest. Ingenious!

Guns In The Sporting Goods Store

You need new sneakers (runners, joggers, running shoes, whatever you call them!) so you head to your local purveyor of sporting equipment. Low and behold, what do you see? 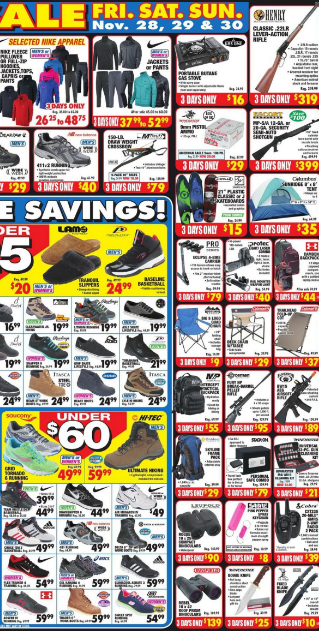 You got it. Guns of all shapes, sizes and colours. This was helpfully pointed out and provided by Jake Bloom – I’d forgotten about it because I’ve been avoiding said shops like the plague since I noticed this.

That’s our list, but I’m sure you’ve come across something in the shops or online and had to do a double-take. What are the weirdest things you’ve seen for sale in the US? 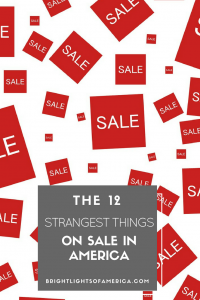