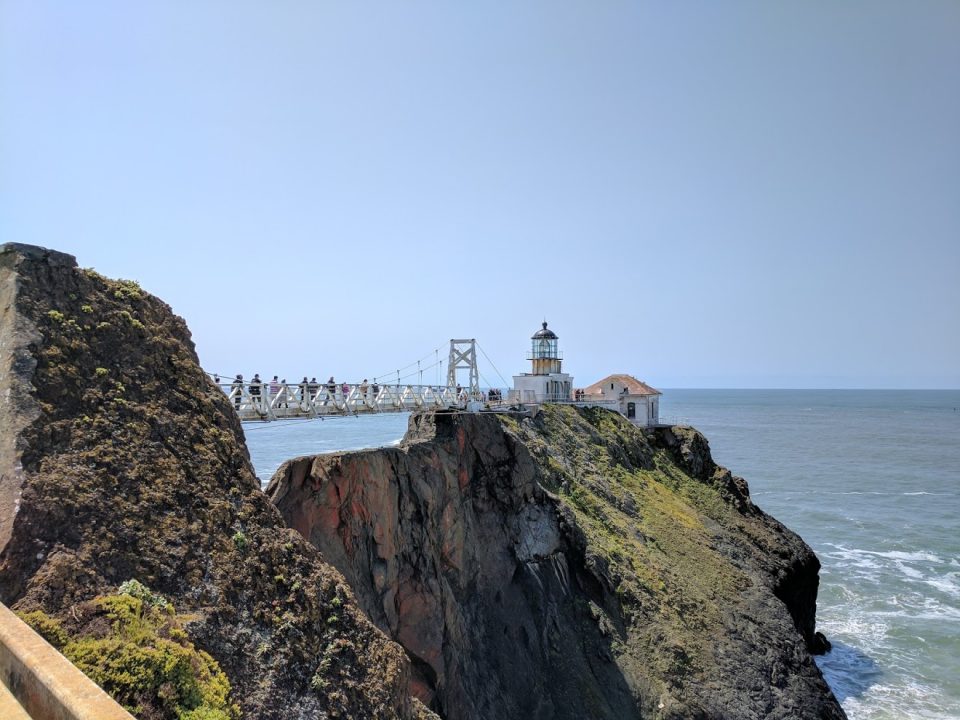 You’ve really got to work to get even a glimpse of the 162-year-old lighthouse, which was the third built on the west coast. It was used to lead ships safely through the Golden Gate Straights.

Just to give you an idea of how dangerous the San Francisco portion of the coast was, there are an estimated 300 sunken ships strewn across the Golden Gate National Recreation Area and Gulf of the Farallones National Marine Sanctuary. 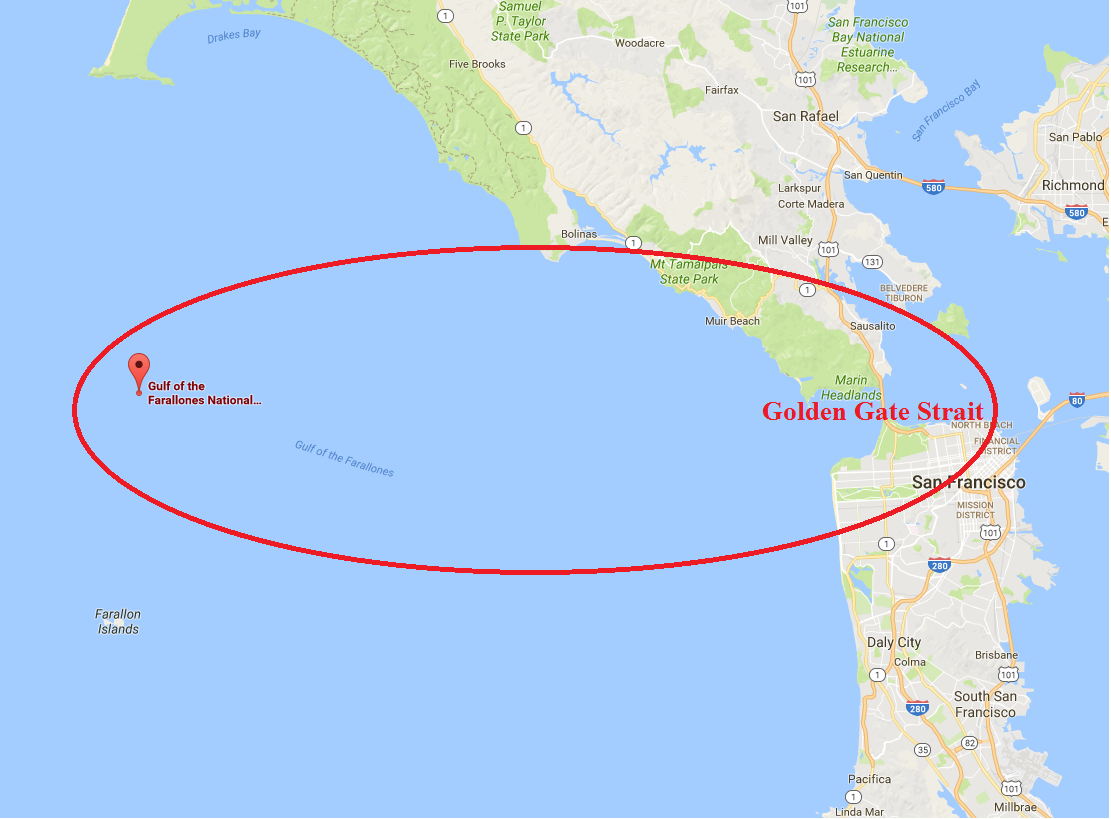 The wrecks have been described as one of the “greatest undersea museums” and is basically a nautical graveyard.

Known as the Titanic of the Golden Gate, the SS City of Rio de Janeiro sank in the Golden Gate Strait on the morning of February 22, 1901.
The city’s famous thick fog (thanks a lot Karl) blanketed the bay that morning, and the ship struck rocks and a submerged reef at Fort Point (where the western side of the Golden Gate Bridge now stands).
READ MORE:
San Francisco Day Trips bucket list
Powered by Inline Related Posts
Damage to the SS City of Rio de Janeiro was so bad that it only took 10 minutes to sink, killing the captain and 128 of the 210 Chinese and Japanese immigrants on board. Many passengers were trapped in steerage and cabins. Also aboard was the US Consul-General in Hong Kong along with his wife and two children. They all died in the shipwreck. 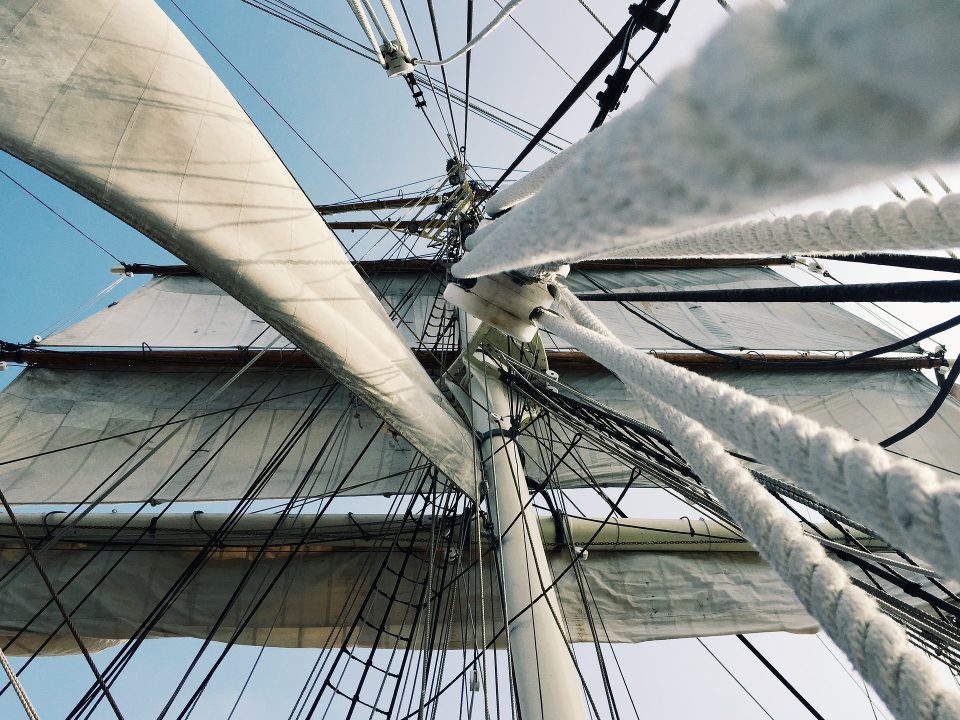 Almost the entire hull of the steamer was torn open, filling the cargo holds and engine rooms. Unfortunately the ship was built before watertight bulkheads were brought in.
Then there was the merchant ship Noonday, built from White Oak in Portsmouth, New Hampshire in 1855. The clipper didn’t see out a decade of service before she was claimed by the sea.
Noonday was 139 days into a trip from Boston when she approached the San Francisco Harbour on New Year’s Day 1863. Despite the clear weather, it hit a rock close to North Farallon and began to take on water.
The Captain and crew only had time to save some of their personal items and cargo before the Noonday sank. The rock that sank her was later dubbed “Noonday Rock”.

Finally, we get to Point Bonita lighthouse. I bet you’re dying to find out why it’s so difficult to catch a glimpse of it. Basically it’s hidden behind this hill and is only visible from land when a tunnel running through the hill is opened. 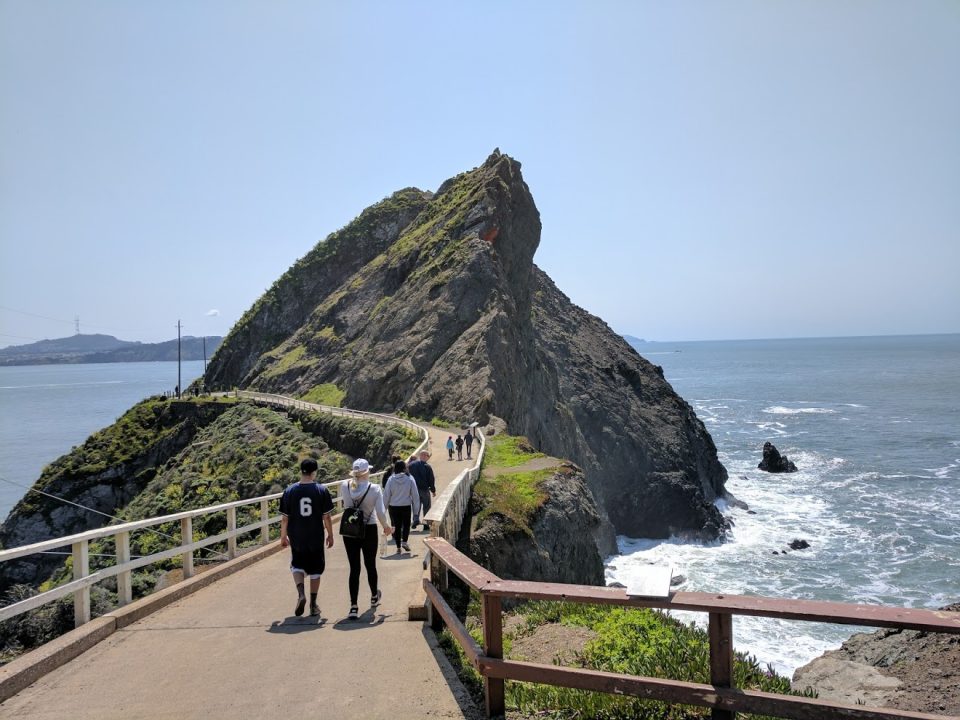 With the stark population jump heralded by the Gold Rush, came the need to make the passage to California safe for travelers. So Alcatraz lighthouse was built, and Fort Point’s followed close behind to mark the southern edge of the bay.

Getting to the lighthouse proved to be a bit of a problem, because that tunnel I was talking about earlier, had to be hand-hewn from the unstable rock of the hill.

Point Bonita has two warning systems to guide ships around treacherous cliffs. The first is, of course, the Fesnel lense, that uses ground glass prisms arranged in rings around the light to focus it horizontally. 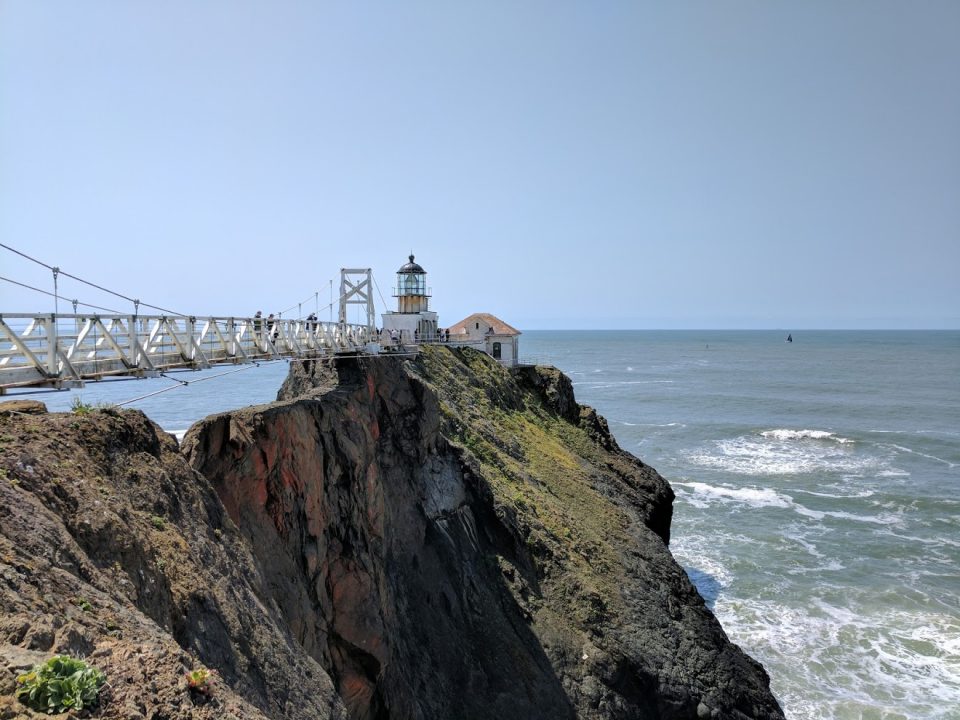 The lighthouse can send a beam 18-miles straight out onto the water during clear days. But for those days when Karl the Fog comes to visit the sound system is used.

It first took the form of a booming cannon, but it wasn’t the best method, especially in stormy seas. So four years later, it was swapped out for a fog bell, then came the first steam siren in 1874. Today a fog horn booms its warning every 30 seconds and is triggered by fog sensors.

Point Bonita lighthouse is about a 40 minute drive from San Francisco city, over the Golden Gate Bridge in North Bay.

There are a few things you need to know before setting out for Point Bonita Lighthouse.

The walk to the lighthouse is a little hilly, so be prepared for it. It’s well worth the visit, if only for the gorgeous views back onto the Golden Gate Bridge and San Francisco. You can check out the terrain between the lighthouse and the car park on this map. 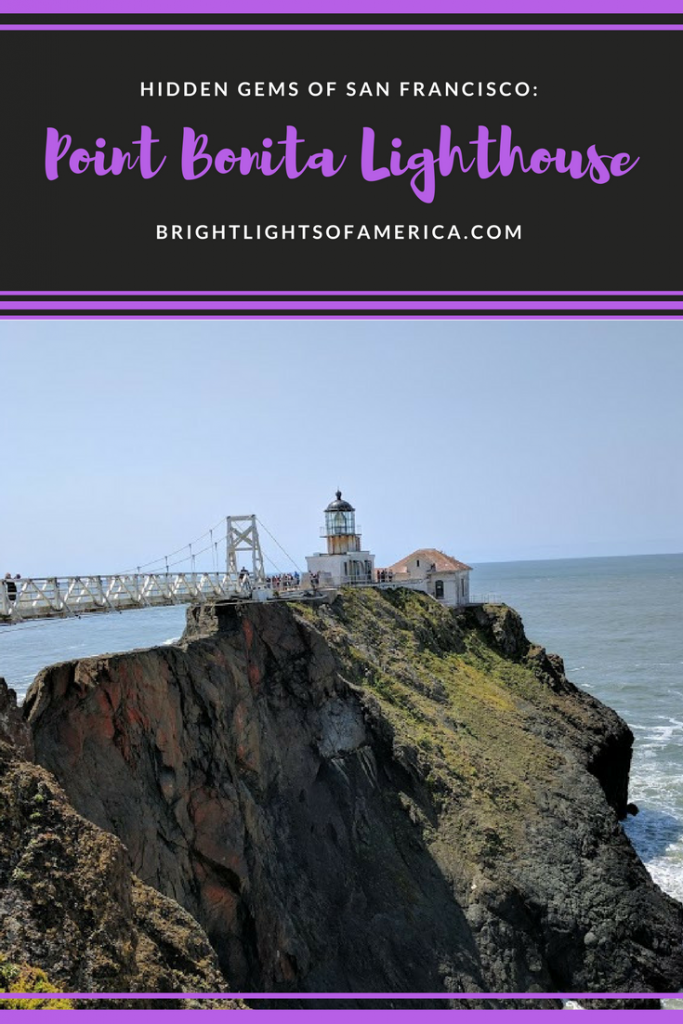