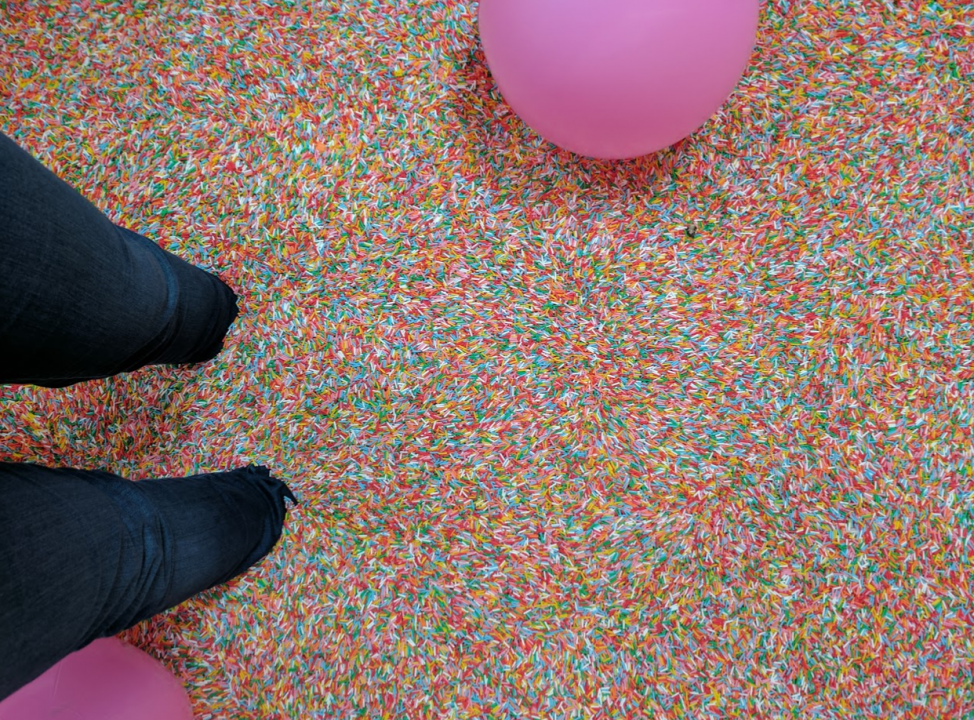 This year the shrine to frozen dairy treats came to Los Angeles and Mr M and I were front and centre for the interactive displays, the artwork, and most importantly, the ice cream.

I am the maker of music, the dreamer of dreams! – Willie Wonka, Charlie and the Chocolate Factory by Roald Dahl

It was billed as a Charlie and the Chocolate Factory-esque playground for kids and adults alike, filled with neon, a rainbow of colours and fun. But not everyone was lucky enough to nab a ticket, so if you’re still a bit envious, allow us to take you on a tour of the LA Ice Cream Museum!

Pink is the base colour, flavour and state of being in the Ice Cream Museum. So prepare yourself for that. Think of the welcome room as your acclimation station. Where you get a little chocolate, your instructions and make the transition from the real world, to the land of Ice Cream Museum.

As you can tell,  Mr M was slightly worried but also ready to rumble. 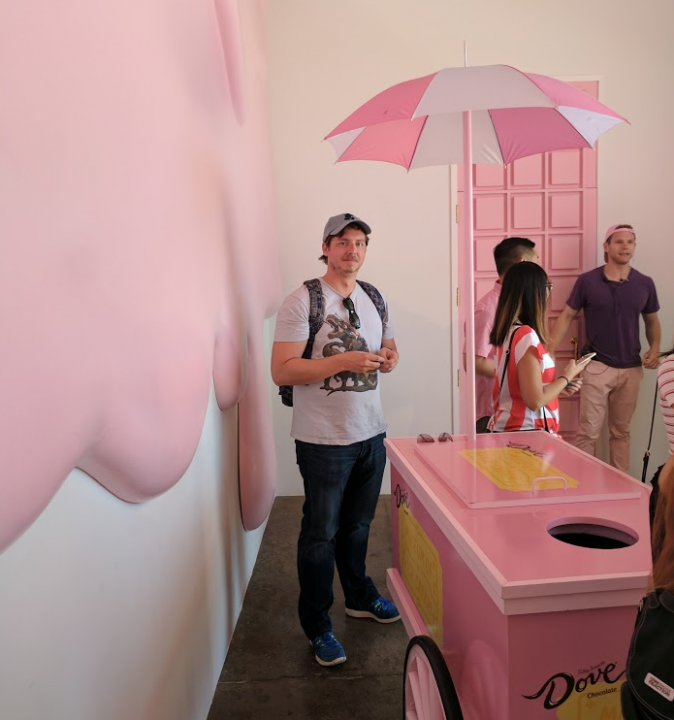 The ice cream isn’t just going to come to you, you’ve got to work for it. Even if it means picking up the phone and screaming down the line. Follow the directions and you’ll be fine. Remember these phones? Your kids won’t. Also, you should try taking a photo without getting your reflection in. It’s impossible. 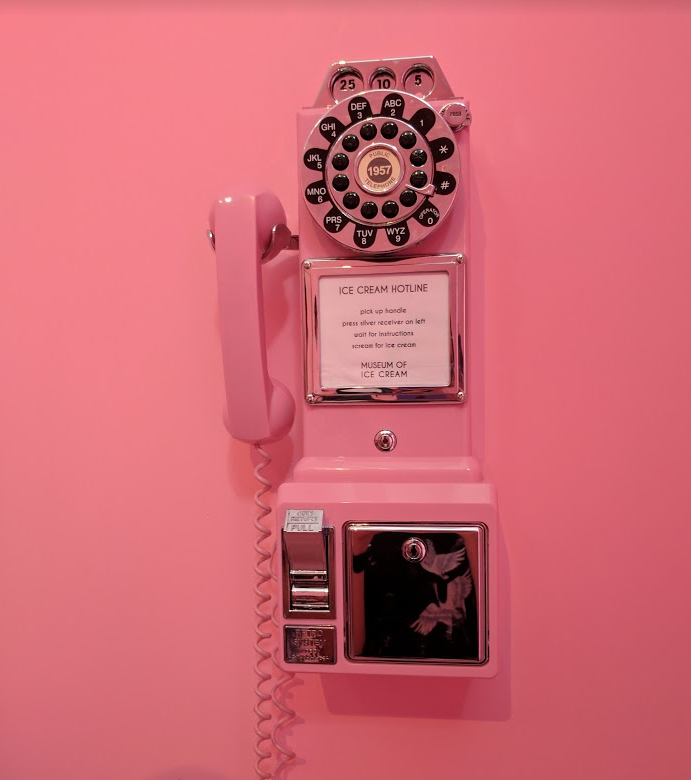 This is where the Ice Cream Museum meets LA, and were you get your first taste of the good stuff. In our case it was a salted caramel and banana concoction of deliciousness. 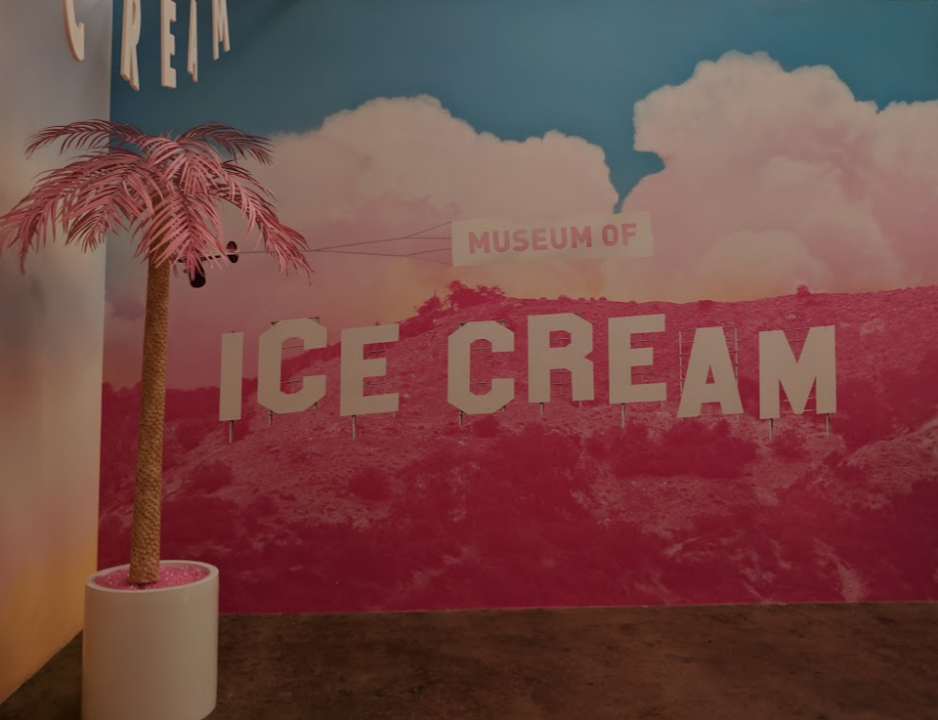 This place is all about the photo opportunities (much to Mr M’s dismay) and I may have roped him into one too many pics. The poor guy puts up with a lot for me. 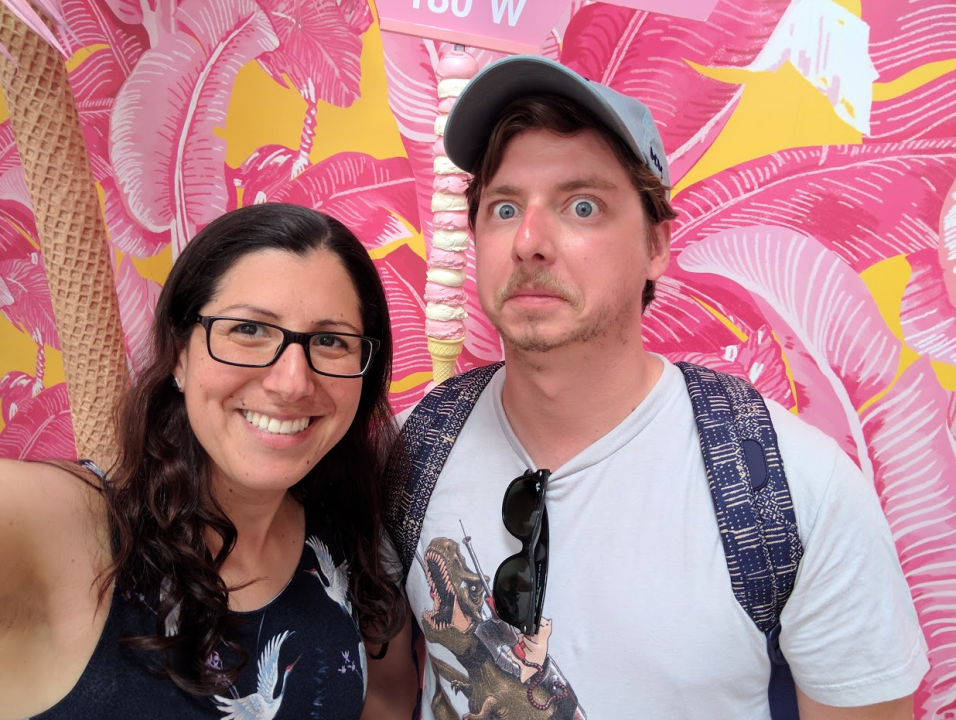 No play area is complete without a set of swings, and frankly, I’m a sucker for feeling like I’m flying so I got right up in there. I forgot to check whether that’s lickable wallpaper on the wall. But in the interests of not spreading Norovirus or Ebola, we’ll just say that it isn’t. I don’t want to cast aspersions or anything, but that back wall totally needed to be further back so I could really have gotten into it. 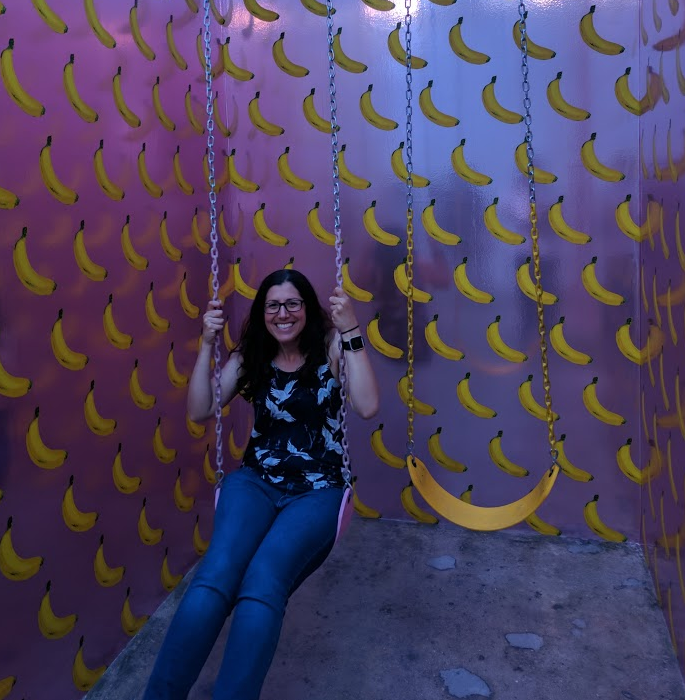 I hear that Americans love their banana splits. I think it’s a thing in the UK as well (judging from Harrods at least, which is of course, the proper way to understand the UK). So there is a banana room in the Ice Cream Museum – possibly because it’s everyone’s dream to stand in a room full of hanging fruit… or something. Also the staff told us that it’s a nightmare to untangle them all when people mess with them. Do what you will with that information. 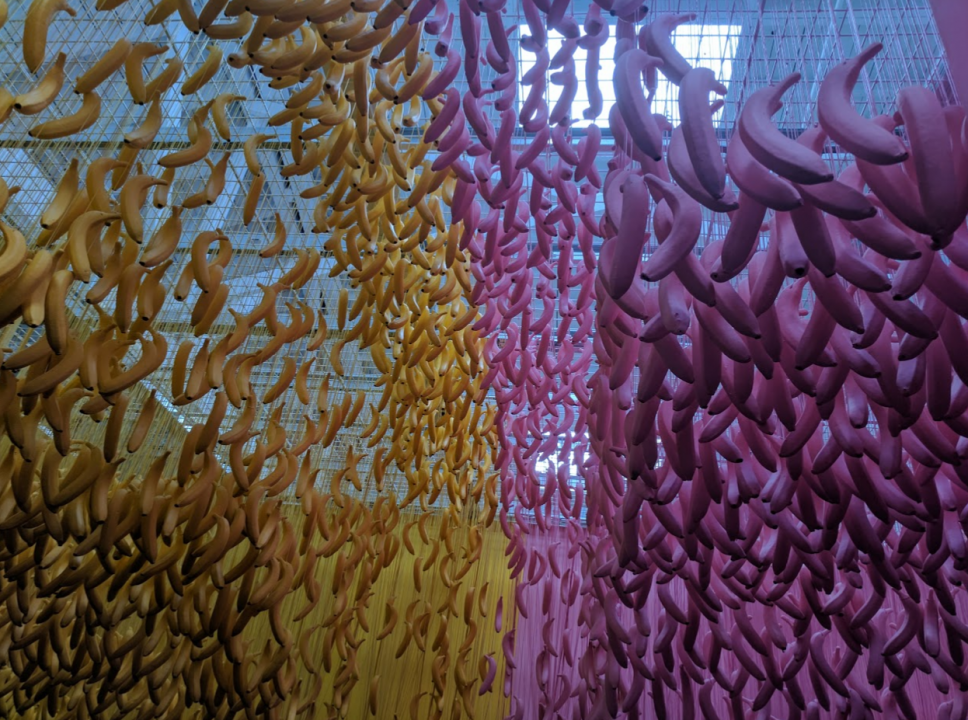 Hands up who loves mint chocolate chip ice cream? I’m imagining a sea of hands right now because it is THE BEST flavour (after rainbow if you’re a kid). The mint chocolate room is very important – it’s where they grow the mint chocolate chips AND where I tried ice cream Mochi for the first time. I’m not going to lie, it’s not my favourite texture, but it doesn’t hurt to try new things! 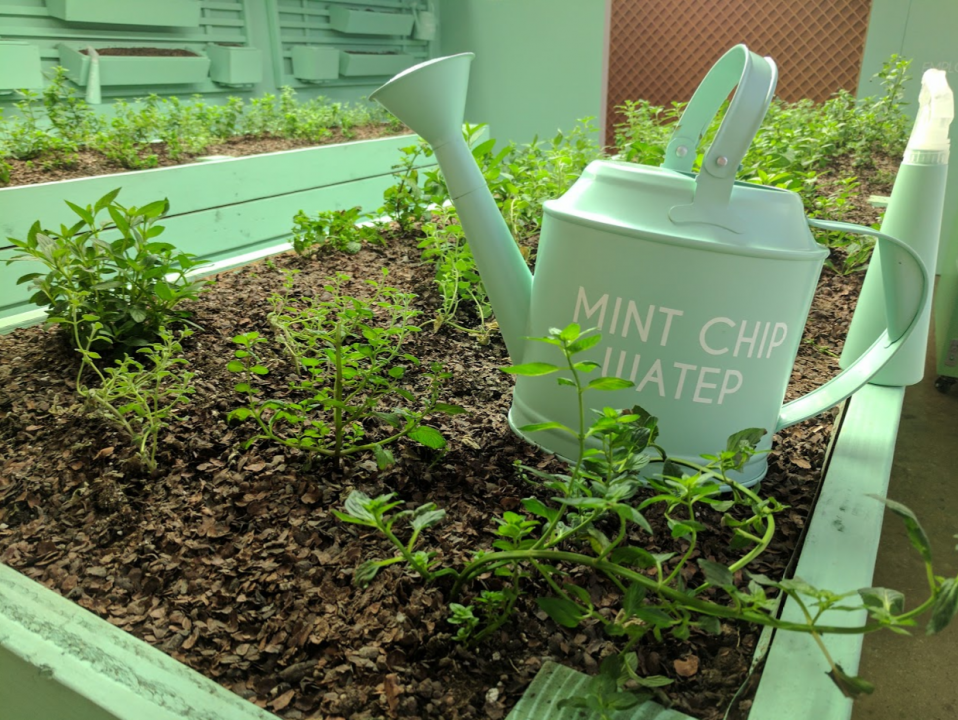 As I said earlier, kids love rainbow ice cream, even though it doesn’t have a real flavour, it has colour and that’s all that matters at that point in your life. We made it to the rainbow room with increasingly full stomachs and bigger smiles. There’s a Skill Tester machine in there, if you wanted to try your luck. And enough perspex rainbows for everyone! 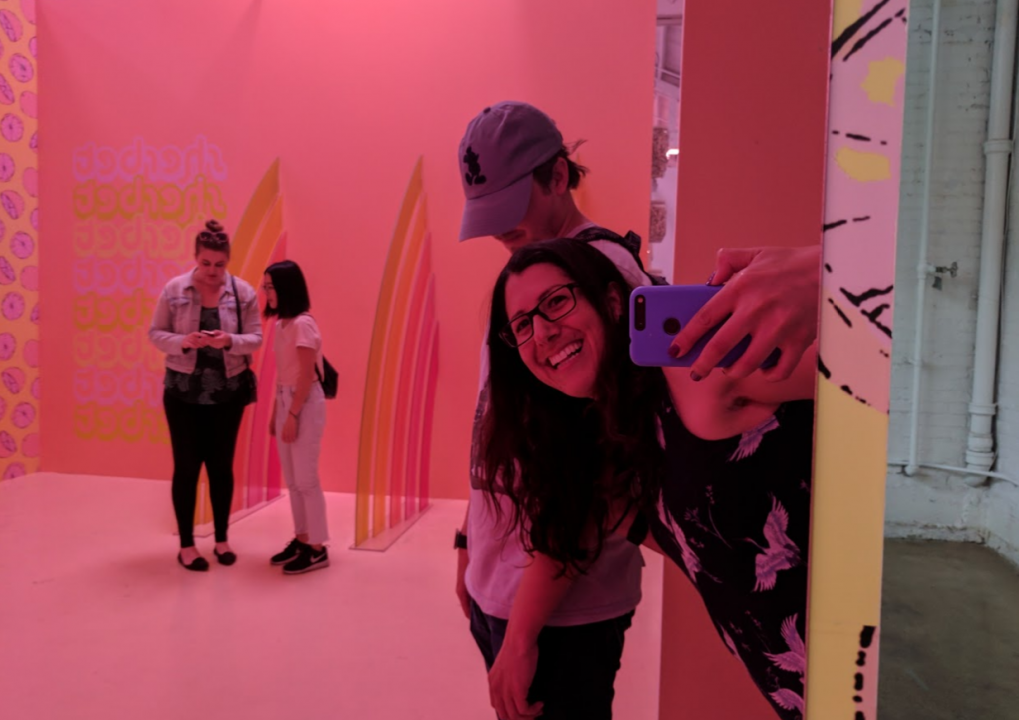 This has to be one of the best corridors ever. It’s where you get to take your very own video with a backdrop of ice cream supplies. I was keen. Someone else in our group of two wasn’t.

Oh no! I wrote “popsicles”. I’m becoming one of them! Those are paddle pops or icy poles to us Aussies. Now, if you’ve ever wondered what a room full of melting paddle pops would look like, this is your lucky day. Also, you’re strange, why are you even thinking about that? 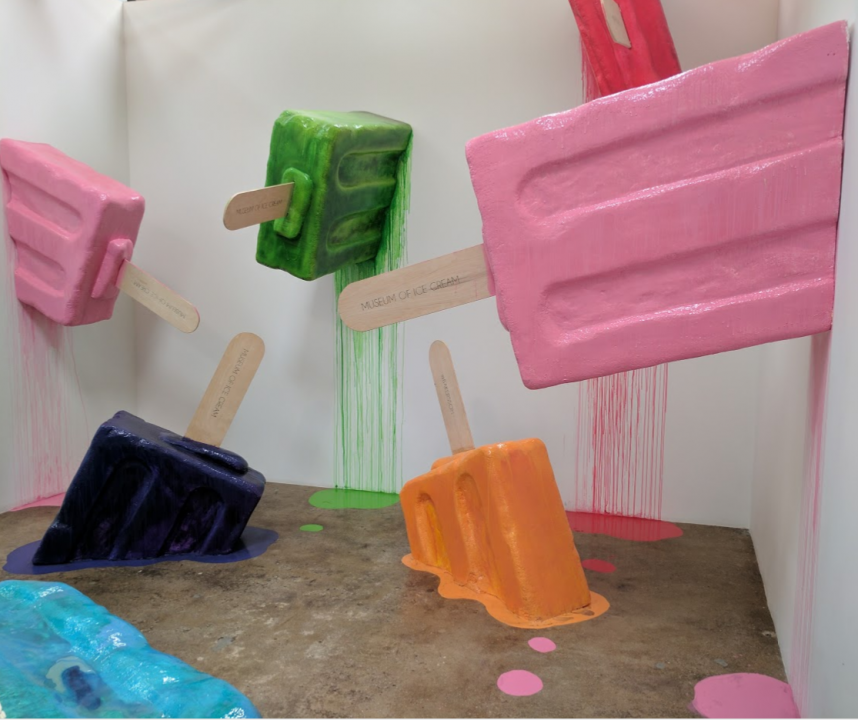 *Ahem* Pardon me. I used to love that cartoon when I was a kid. I’m not a fan of the gumminess of these bears though. Keep them away from me, they’re not tasty. Mr M liked them though. I know this is getting a little tedious, but stay with me, the best part’s on the way. 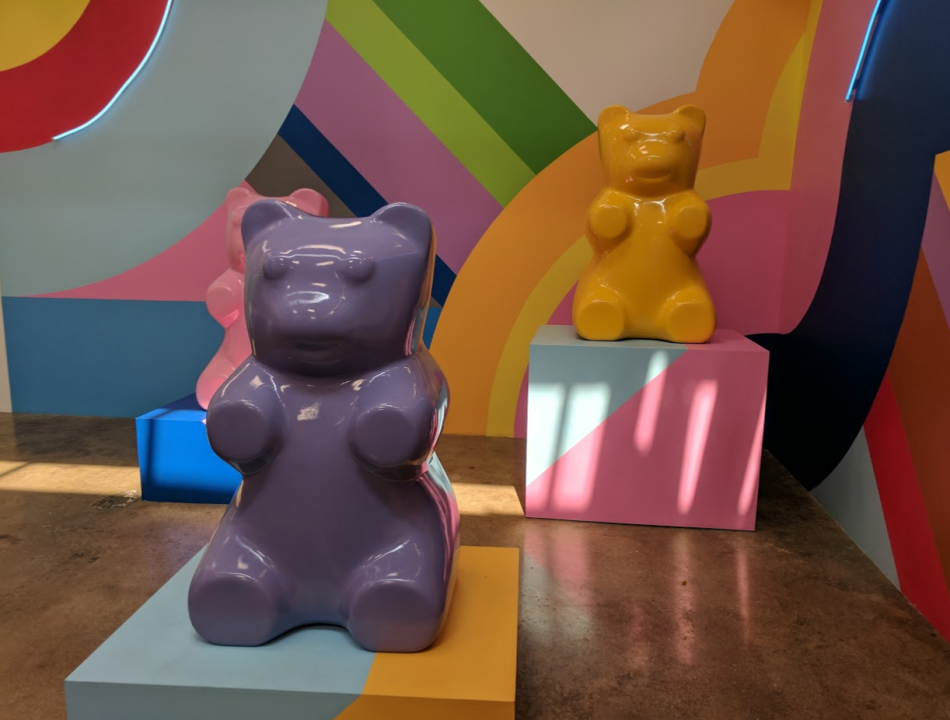 Welcome to the non-ice cream portion of the Ice Cream Museum. Instead we get ourselves a cookie dough cone that is suspiciously black and sparkly-looking. Tasted good though! 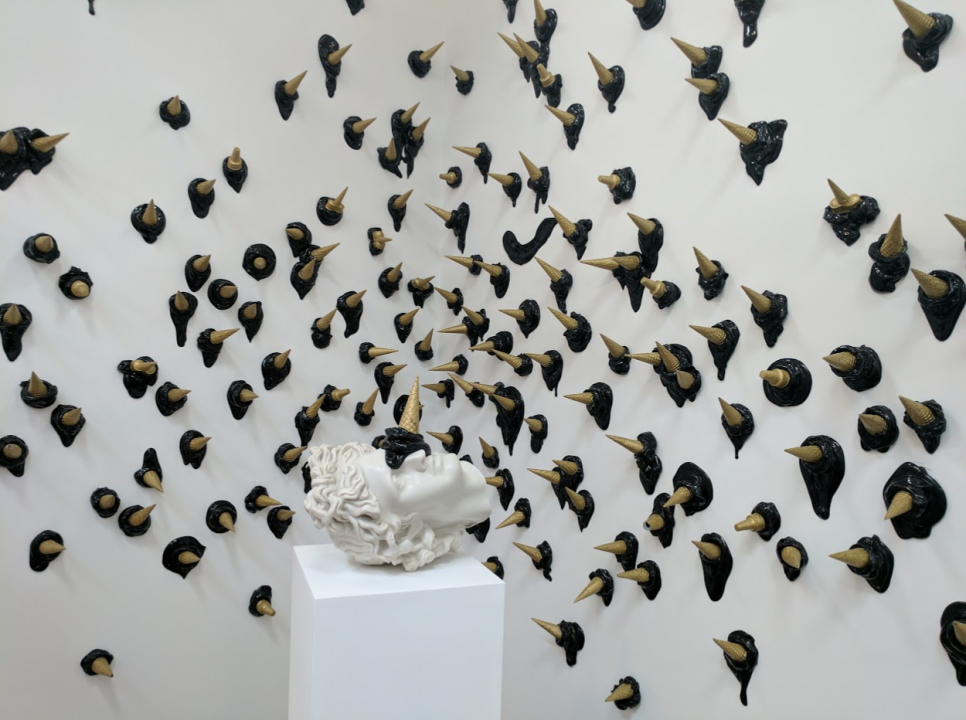 They save the best till last and this one really is the best part of the Ice Cream Museum. Especially for adults who love being a kid again. It’s a pool full of sprinkles, or hundreds and thousands, as I’d call them. And you get to swim in them. YES PLEASE!

This was a truly fun museum. Kids, adults, kids at heart and everyone in between will have fun here. It’s impossible not to. So look out for the next pop up, hopefully coming to a city near you next summer! 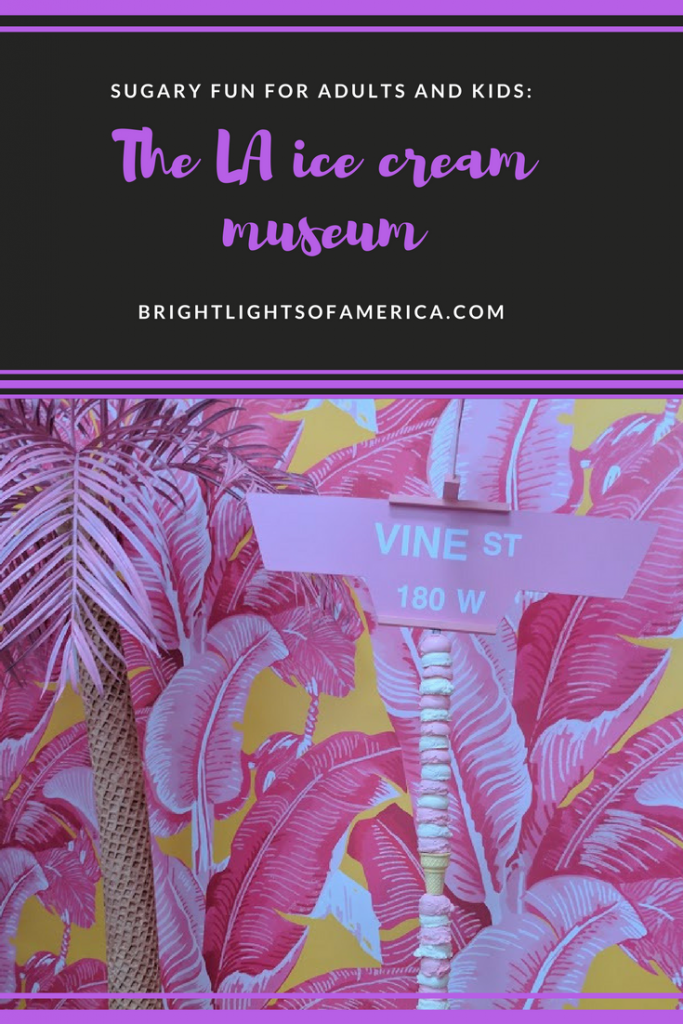