Universal Studios and the Wizarding World of Harry Potter 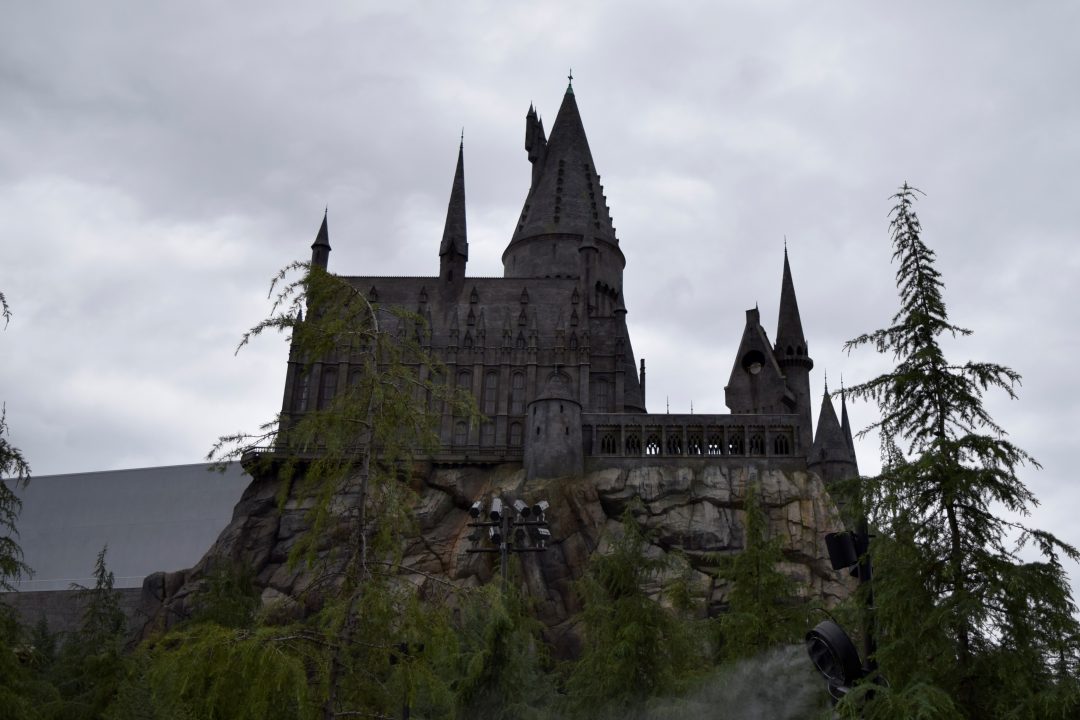 That’s the only maths I will ever do. (I realise this is not maths. Please do not email me explaining the concept, you will only be disappointed by my howls of pain).

There was only one reason that Universal Studios was a non-negotiable entry on my Los Angeles list. That reason is the Wizarding World of Harry Potter. Now, I’ve been told (at length) that California’s Hogsmeade has nothing on Orlando’s Diagon Alley (thanks Heloise).

But you take what you can get and Hogsmeade is by no means disappointing. Now, let’s talk about Universal Studios LA as an awesome day out.

Before you even get through the gates there’s fun to be had on the City Walk. You know, that bit that leads up to metal detectors and ticketing booths. It’s like America threw up on one street and you get to reap the benefits.

Now that you have that mental picture I can explain myself. Every single American food chain that you can think of is there: the Hard Rock Cafe, Voodoo Doughnuts, Smash Burger, Bubba Gump Shrimp, Cinnabon and Johnny Rocket’s. 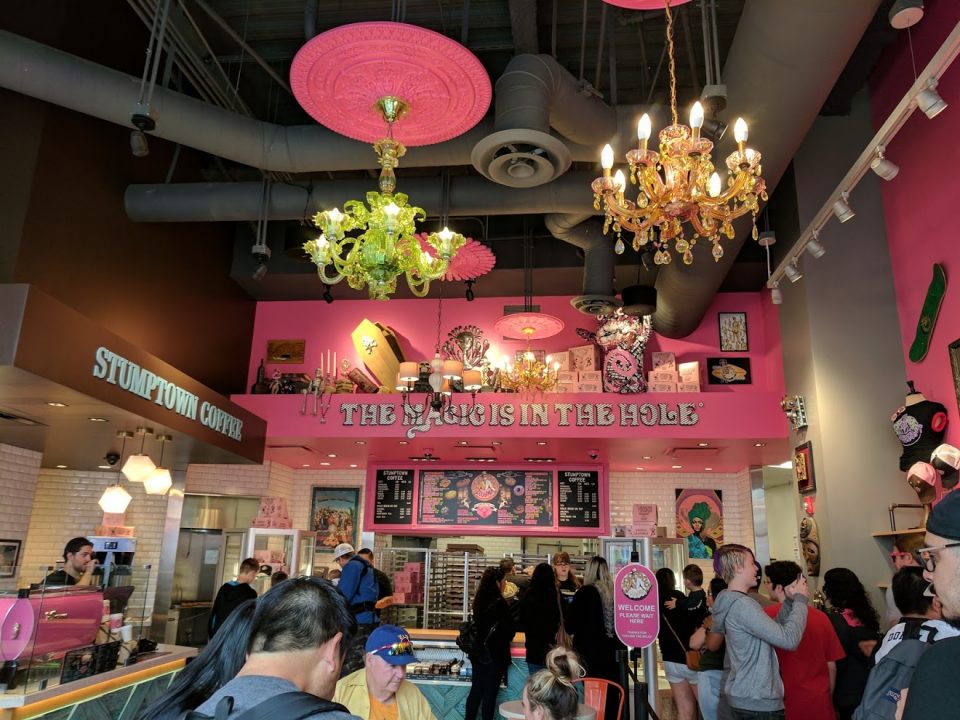 If you’re keen on partying after a day at Universal, there are three nightclubs out there (come on, get your parking money’s worth!). Maybe you want to catch a movie? Head to the 19-screen IMAX theatre. Otherwise you can go shopping in the clothes, shoes, accessories and souvenir shops.

Now, are you caffeinated? Pastried? Ready to hit the main attraction? Let’s get in there!

We made a beeline for Hogsmeade first up because it’s always the busiest spot. To say that I was excited is a huge understatement.

There’s so much to see and do that it takes a little bit to decide exactly where you’re going. You can have a photo with the conductor of the Hogwarts Express – an English gentleman who looks and acts the part. 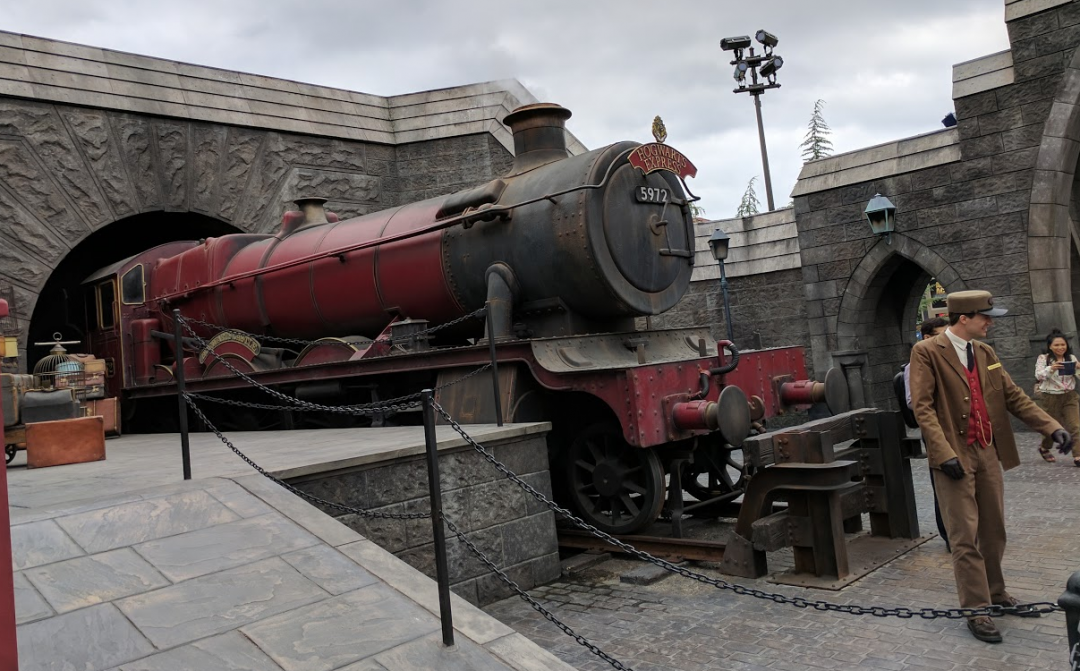 The town winds it’s way up to Hogwarts itself, though the little village. You can visit Honeydukes Homemade Sweets for lollies like Bertie Bott’s Every Flavour Beans, Zonko’s Joke Shop and Dervish and Banges for your Monster Book of Monsters and Hogwarts gear. 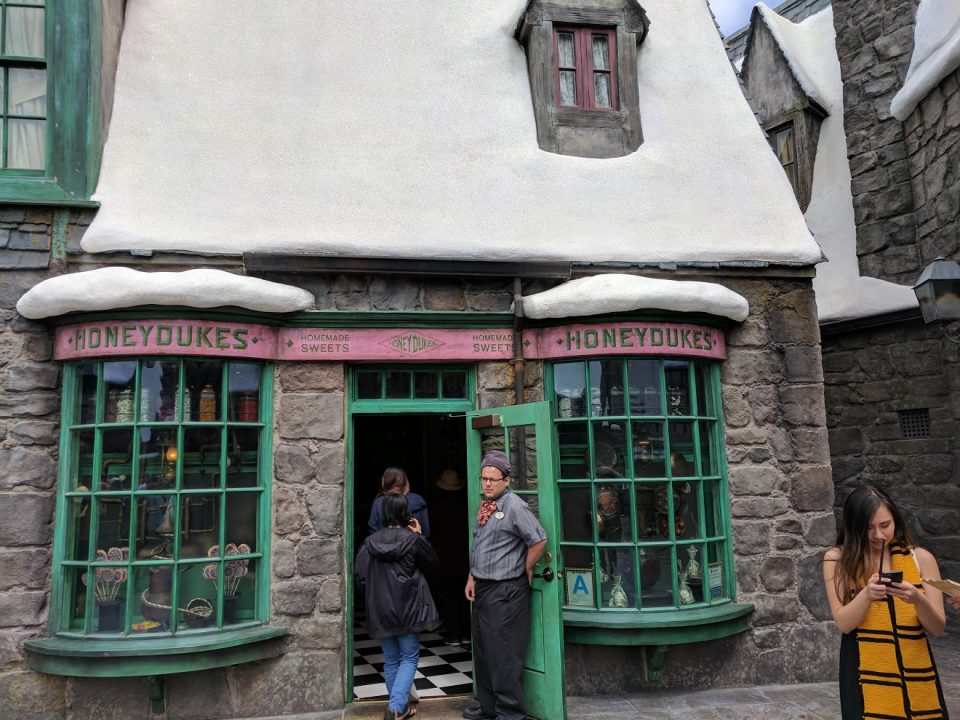 Be warned though, the shops are the same size as those shown in the Harry Potter movies, on J.K. Rowling’s insistence. So it can get a bit crowded, but it also feels very authentic while you’re witnessing a wand selection at Ollivander’s Wand Shop.

Then it’s off to Gladrags Wizardwear for your school robes, hats and jumpers. We all know that the wand chooses the wizard, and in Ollivander’s there are 68 different types that may choose you. Don’t forget to swing by Filch’s Emporium of Confiscated goods either. 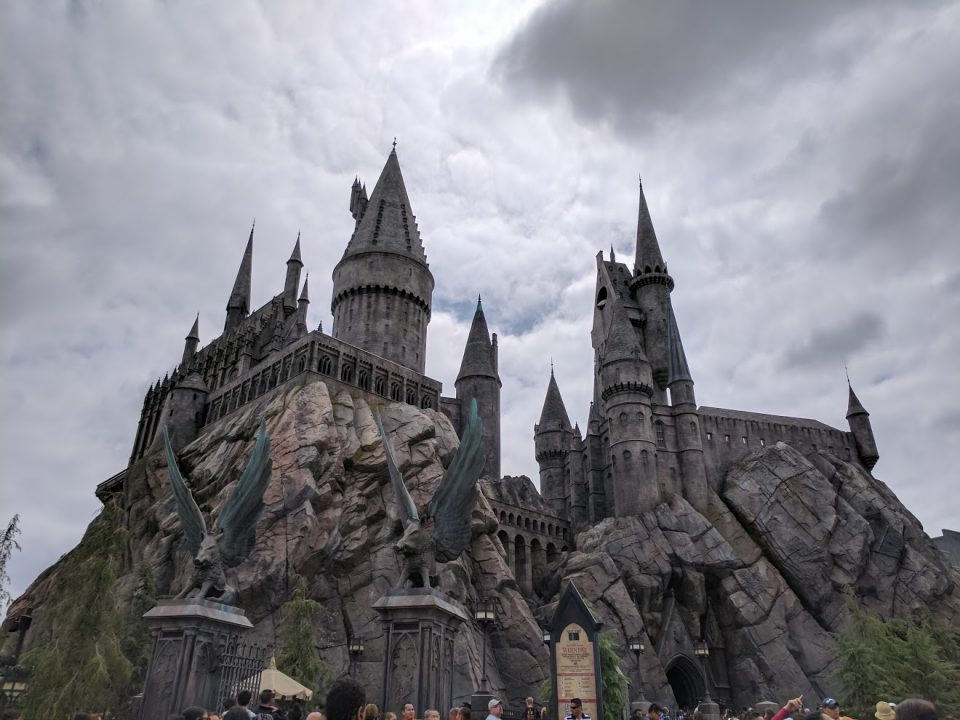 We returned to Hogsmeade a bit later for lunch at the Three Broomsticks and to try the Butterbeer. I wish it was an actual drink available everywhere, because if it was, I’d have diabetes by now. It is so good! I think that it’s creaming soda with marshmallow on top. In any case, it’s fantastic.

And then there are the rides. If you don’t want to be waiting all day in these lines, get in early and do these rides first, you’ll be happy that you did.

Fancy a stroll through Springfield? C’mon then!

The longest-running American sitcom was not viewed as quality television in my childhood household. Whenever the opening sequence blared from channel 10, dad would roll his eyes and utter some variation on “not this rubbish”. Before swiftly changing the channel to yet another news bulletin.

So I’m not as up-to-speed as the rest of the world when it comes to The Simpsons.

But Springfield is a pretty cool spot in Universal – there’s Moe’s Tavern, the Kwik-E-Mart and Cletus’ Chicken Shack – to name a few. The real gem here is the Krustyland ride. 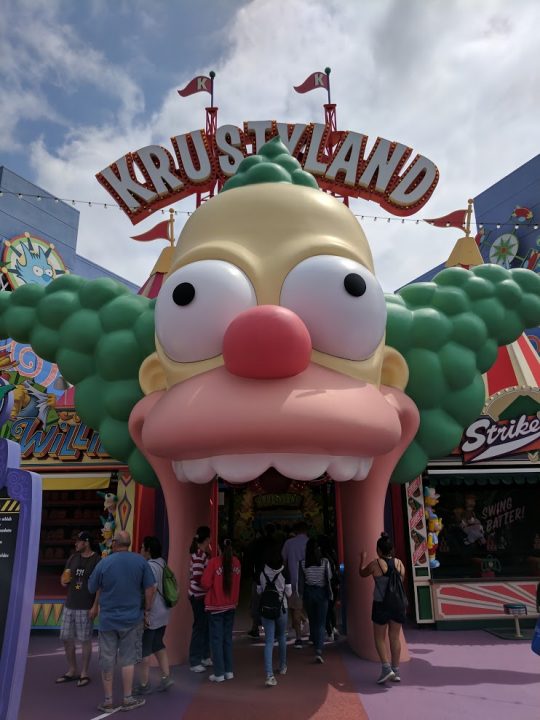 An animated roller coaster that’s projected in front of you on an 80-foot diametre domed screen to make it look like you’re flying through the air. The coaster car does all the jerking, dropping and rising that you expect from a roller coaster.

This isn’t a ride for the feint-hearted, by the way, but it’s fun.

You can’t go to Universal Studios without doing the lot tour! It’s a must, and it’s a nice break from standing in lines. You basically sit in a tram and get driven around the backlot.

If you need it, they have special Mandarin and Spanish-speaking trams. Well, the trams don’t talk. You catch my poorly-worded drift.

I won’t spoil it for you but you get to see 13 city blocks featured in many movies, including the clocktower from Back to the Future, which had to be redesigned for other movies because it kept getting spotted by eagle-eyed movie buffs. 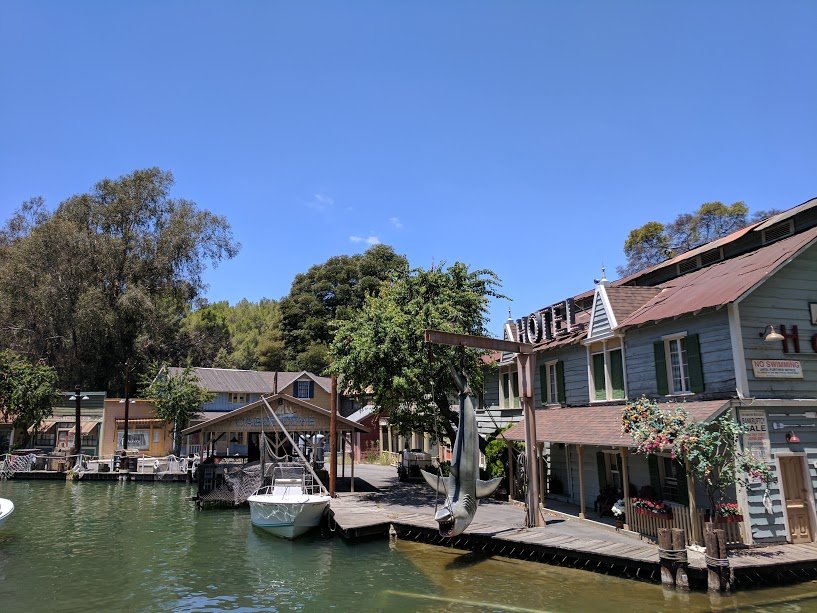 Ever wondered what the aftermath of a plane crashing into a suburb looks like? I hope you haven’t. But Universal helpfully provides you with a drive-through view of the War of the Worlds crash. 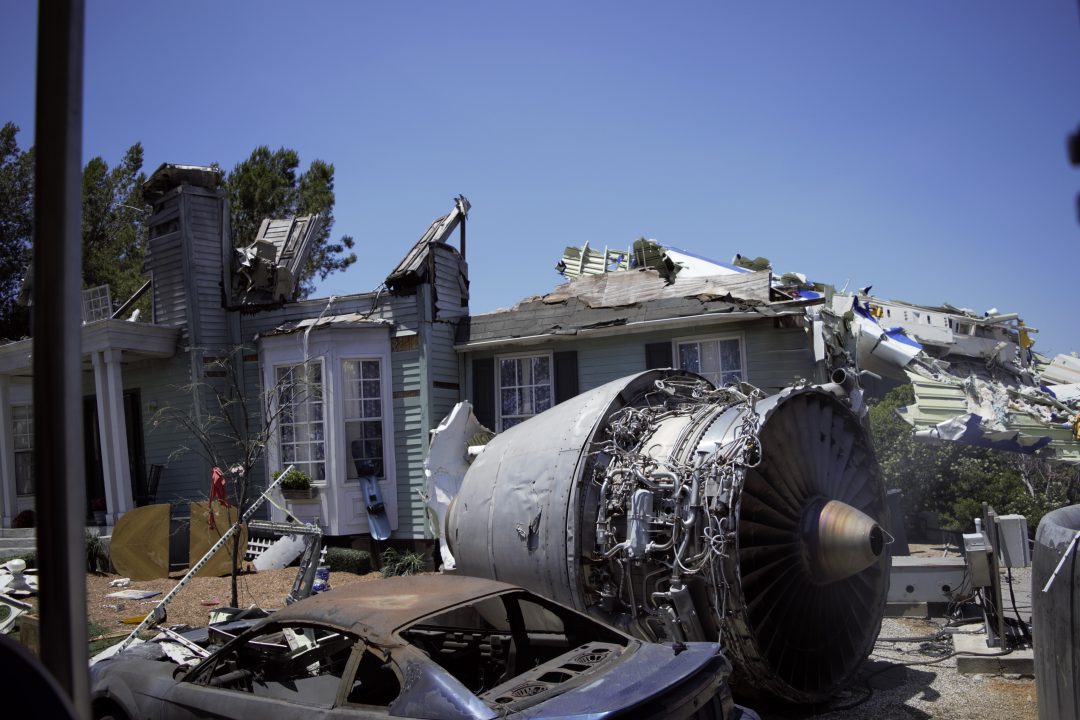 Desperate Housewives tragics get an up-close view of Wisteria Lane and horror buffs aren’t forgotten, with a little visit to the legendary Bates Motel from Psycho and an appearance from Norman himself. 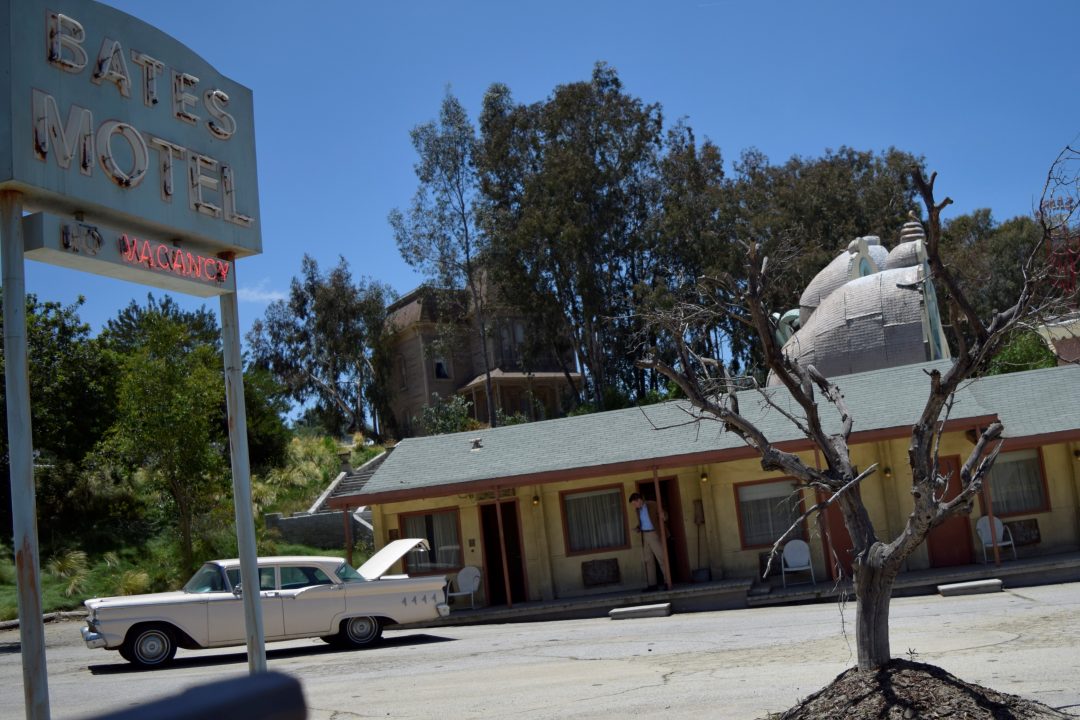 Luckily, Mr M made me watch Jaws last year so I was familiar with Amity Island. What I wasn’t prepared for though, were the special effects. These I really won’t spoil for you, suffice to say, it’s worth the tram ride.

I could go on and on about Universal Studios. There’s Waterworld, The Walking Dead attraction, Despicable Me, Super Silly Fun Land, Transformers, Jurassic Park, The Mummy, Shrek and the special effects show.

Universal Studios is well worth the price of admission, so get amongst it! 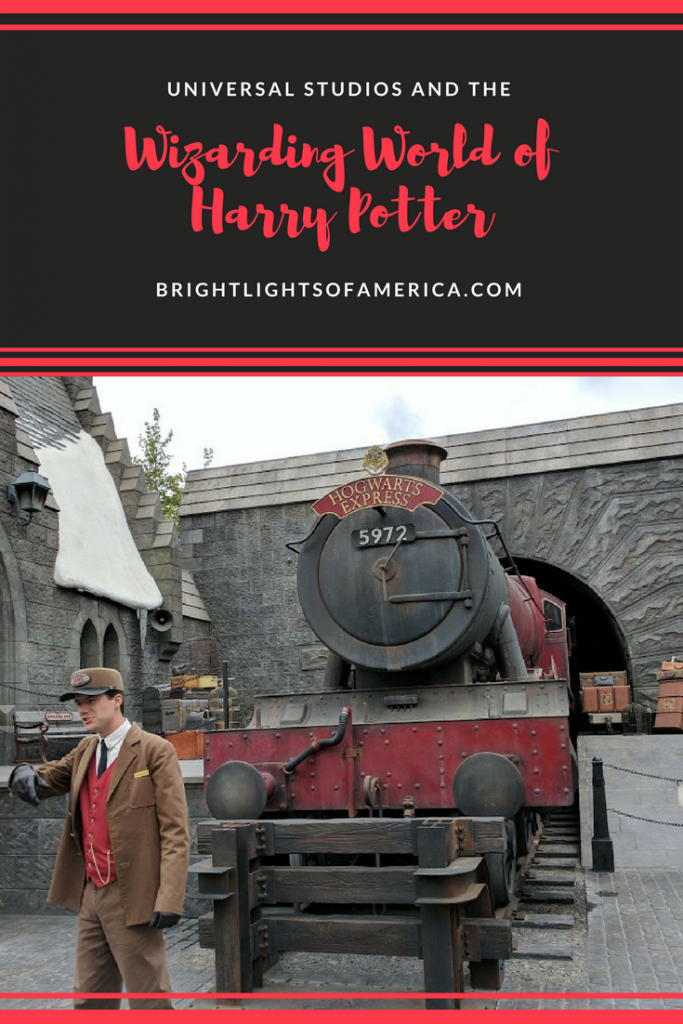