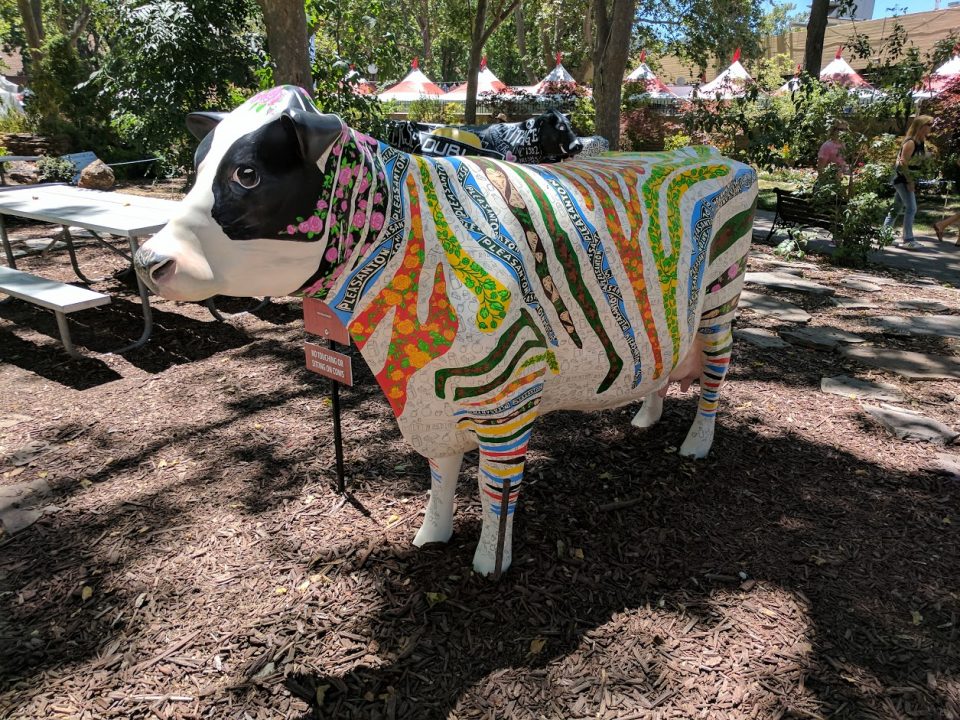 The county fair is a staple of US life. We’ve all seen them in movies – they’re a snapshot of life wherever it is that you live. And this being America, there’s no shortage of interesting food to try and things to do once you’re there.

So far I’ve sampled a few fairs; from the San Mateo County Fair to the Gilroy Garlic Festival, the Half Moon Bay Pumpkin Festival and, most recently, the Alameda County Fair. All of them have been great for different reasons but there are common threads running through them.

Here’s the top 10 countdown of county fair activities that you just can’t miss. You’ll be glad you visited.

Fair food is legendary. There is every type you could ever imagine: huge turkey legs, Greek gyros, seafood, fries of the chilli, garlic and cheese varieties and deep-fried anything on a stick. 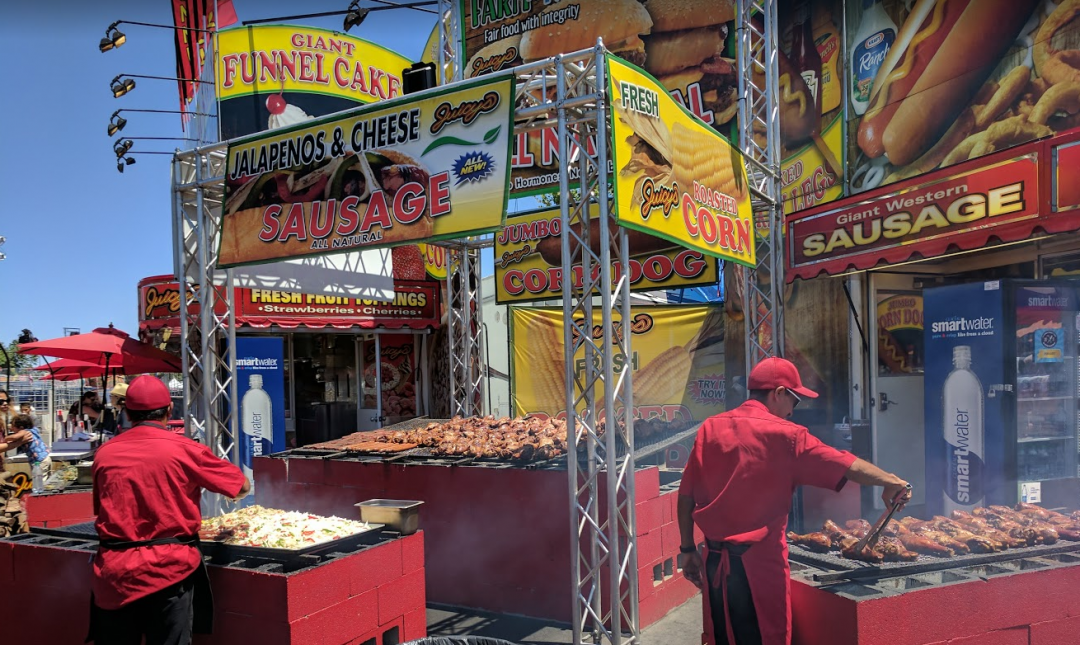 That’s not even putting a dent in your savoury options either. Hotdogs, pizza, BBQ, curly fries, Mexican fare. The list doesn’t seem to have an end.

It’s everything you never knew about and most probably wouldn’t eat anywhere else. Your arteries won’t thank you but you’ll be fulfilling the Great American Dream of eating life to the full. I don’t know, I’m still in a coma from everything I ate yesterday.

These come in different forms, depending on the county fair you’re at. Sometimes it’s tractor pulling, other times it’s garlic braiding (I’m looking at you Gilroy Garlic Festival).

But I’ve got a soft spot for animal races (obviously the nice kind). My favourite is the All-Alaskan Racing Pigs, which fulfills the cuteness and competitive quota for the day. 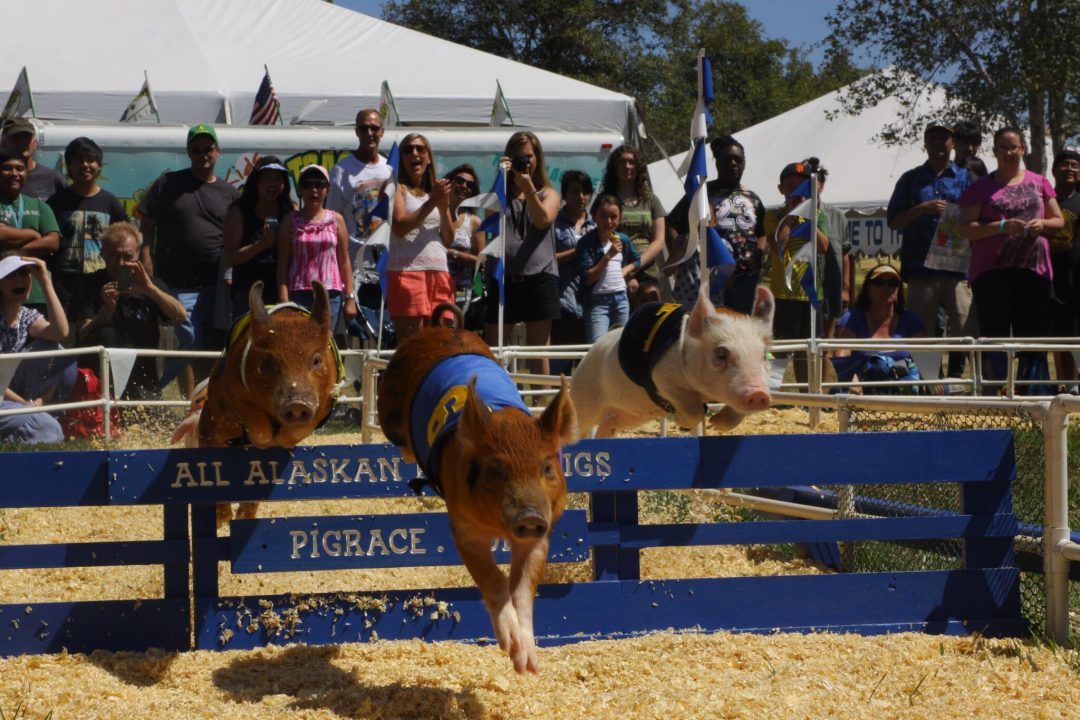 Look at them, flying like the wind! They travel to lots of fairs, so check out the website for details. Photo Credit: All Alaskan Racing Pigs.

These “races” are all a bit of fun, complete with a few hurdles thrown in for good measure. I’ve honestly not been in a crowd where the adults have as big a smile on their faces as their kids. It’s lots of fun.

The children get picked to help out in opening the starters gate and the judging, and for once I wished that I was about 20 years younger to qualify. The kids also get to ride on pedal-driven mini tractors – a dream come true for any littlie who likes the idea of farm life.

Horse racing is part of the Alameda Country Fair and if you’re keen on a flutter you can put your money where your mouth is, otherwise just enjoy the fast-paced excitement! 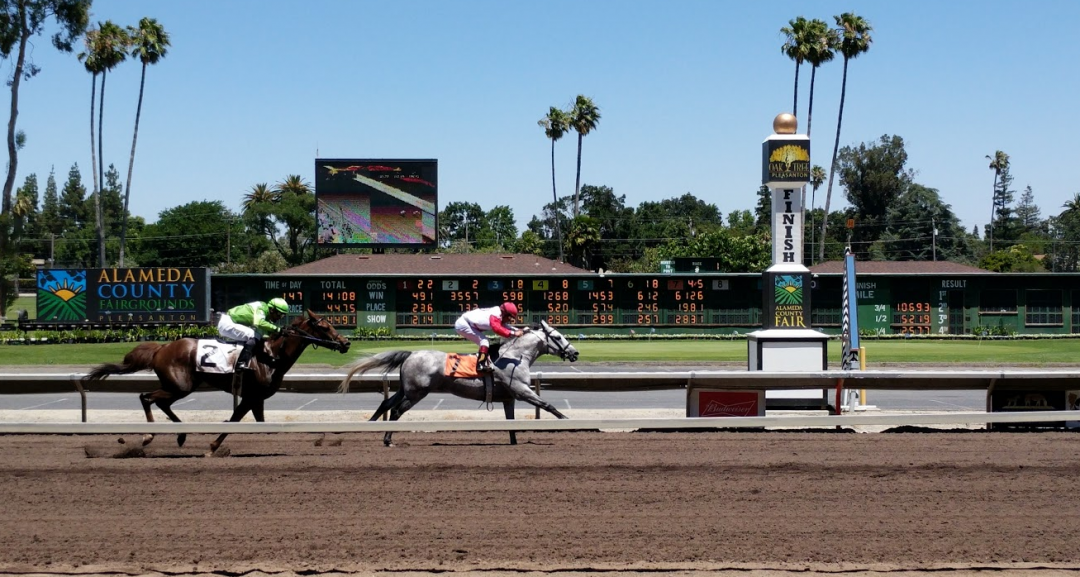 If you’re saying that this technically falls under the “eating” category, then I’m pleased to inform you that you’re oh-so-very wrong. Dessert goes into, and is processed by, an entirely separate stomach compartment, like so: 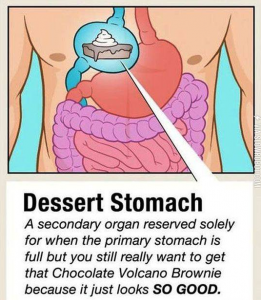 Much obliged to Slow Robot for this concept.

I’ve spent the past two years studiously examining, taste testing and baking American desserts and think I have enough evidence to support my very own hypothesis.

US pastry chefs spend an inordinate amount of time and energy pumping as much sugar, butter, oil and chocolate into their creations as possible, without sending their diners into an instantaneous sugar coma.

What is the one county fair staple dessert that really ticks every single box on that checklist? Funnel Cakes. *shudder* Just saying the name sets my teeth on edge. For the uninitiated, funnel cakes are a pancake-like batter, poured through a funnel or jug into a deep fryer into a circular shape usually.

Then they’re flipped, cooked for maximum oil seepage and doused in icing sugar and toppings like whipped cream, jam, chocolate sauce, etc. I tried to like it. I was optimistic about it. But for me, sugar and oil-soakedness don’t mix. Sorry.

4. TALK TO THE ANIMALS

For all the Aussies out there, this is where it really gets to feel like the Sydney Royal Easter Show or the Royal Melbourne Show.

When I was a kid, I was not a huge fan of traversing the aisles of the animal pavilion with my farmer father, who would tell us all about the 40 billion different breeds of chicken. But now I’m a fan of checking out all the animals and saying hi. 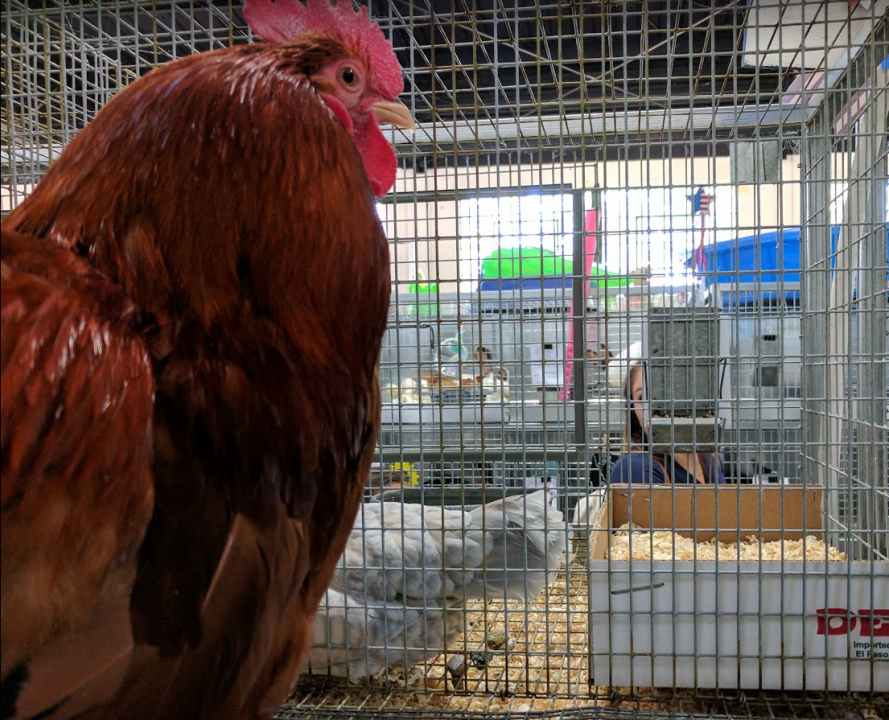 I see you chicken! Looking at me with your beady Isa Brown eyes.

The trick, especially with tween-age kids in tow, is not to linger too much. I loved checking out the reptiles, rabbits, ducks, chickens and turkeys. If your kids don’t like snakes they’re bound to like the fluffy bunnies and ducks. There’s definitely something for everyone! 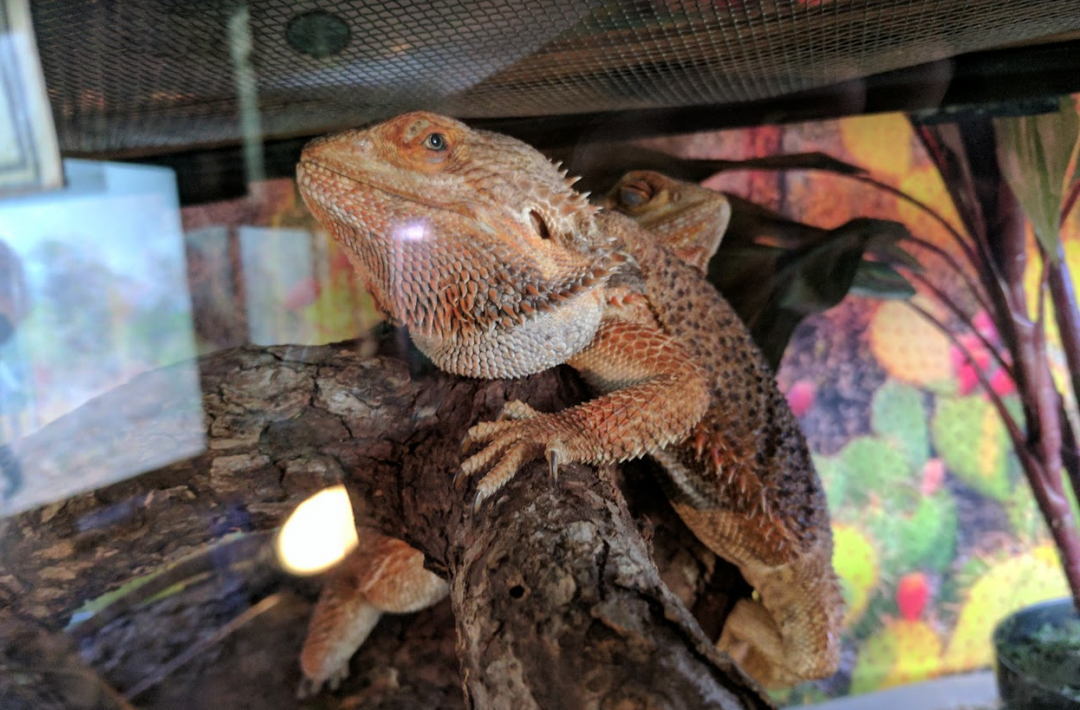 They even had some Aussie bearded dragons!

Then broke up the barnyard visits with some other exhibits before heading back to check out the livestock. I saw the tallest sheep ever, which were fascinating AND two sheep behaving like total goats.

These were particularly smart livestock, hanging out by the fans on a hot day. 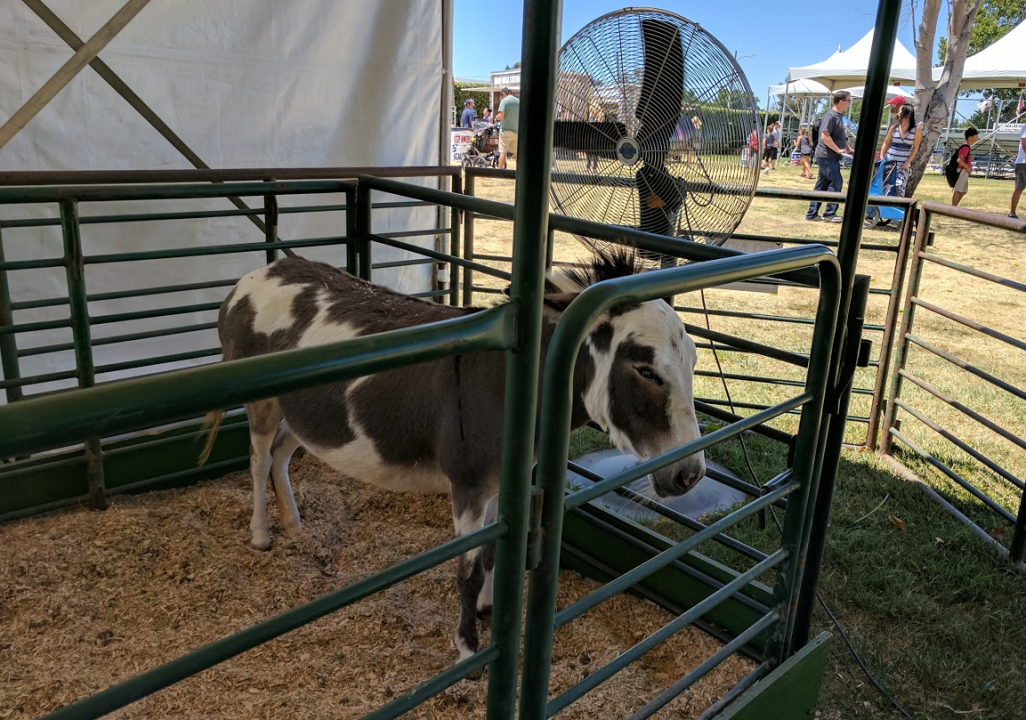 A literal representation of the coolest donkey in show

I took a quick straw poll around the office and it seems that not everyone is keen on fair rides. I think it’s all of the constant putting up and taking down of all of those moving parts that can make them a little scary when you think about it. 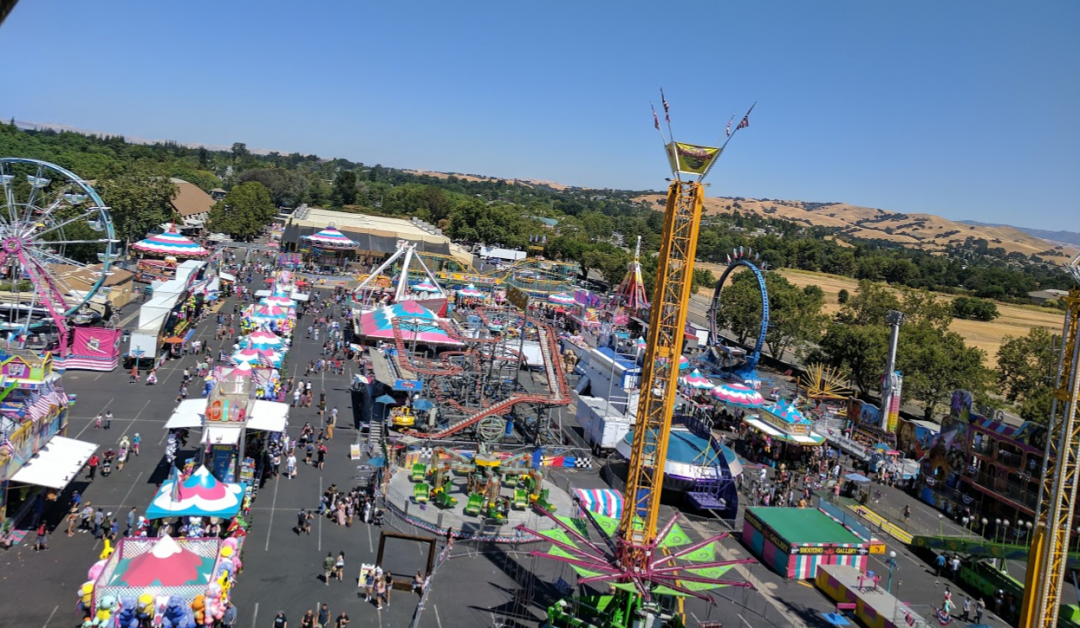 According to Brad from Southern Idaho’s 95.7 KEZJ New Country radio (the authority on county fair rides) it’s totally safe! Americans and the like took 1.7 billion rides in 2011 and 1,204 people were injured. Pocket change!

Plus you get to spin and whirl and see things from a great height. If you’re lucky, you just ate something cheesy and greasy that might just come back to visit.

Also known as, playing the sideshow games. Carnival games? Whatever you call them, there are some good ones in the US.

Pitching baseballs at a wall of beer bottles, throwing darts at a wall of balloons, water guns – you name it they’ve got it. With some fluffy prizes to go with it as well. All you have to do is spend enough money and knock over the plastic ducks and you’re golden. 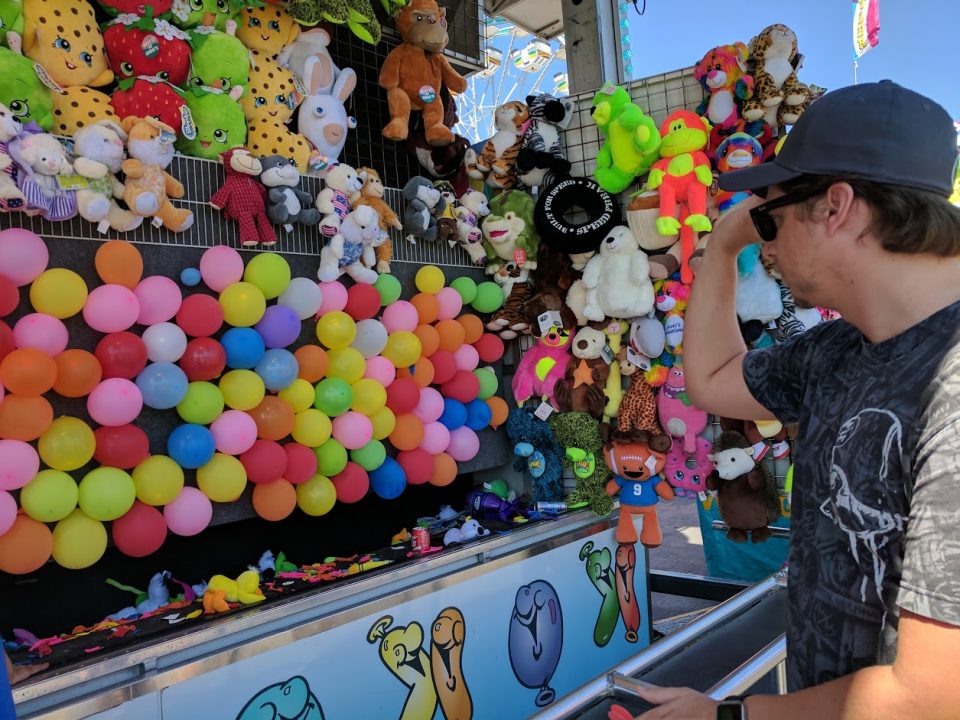 We’re building up a menagerie at my place. So far we’ve got a giraffe and a blue cow, courtesy of Mr M.

If you’re at all interested in the way machines are put together and how they work, head on over to the tractor and motor pavillion. 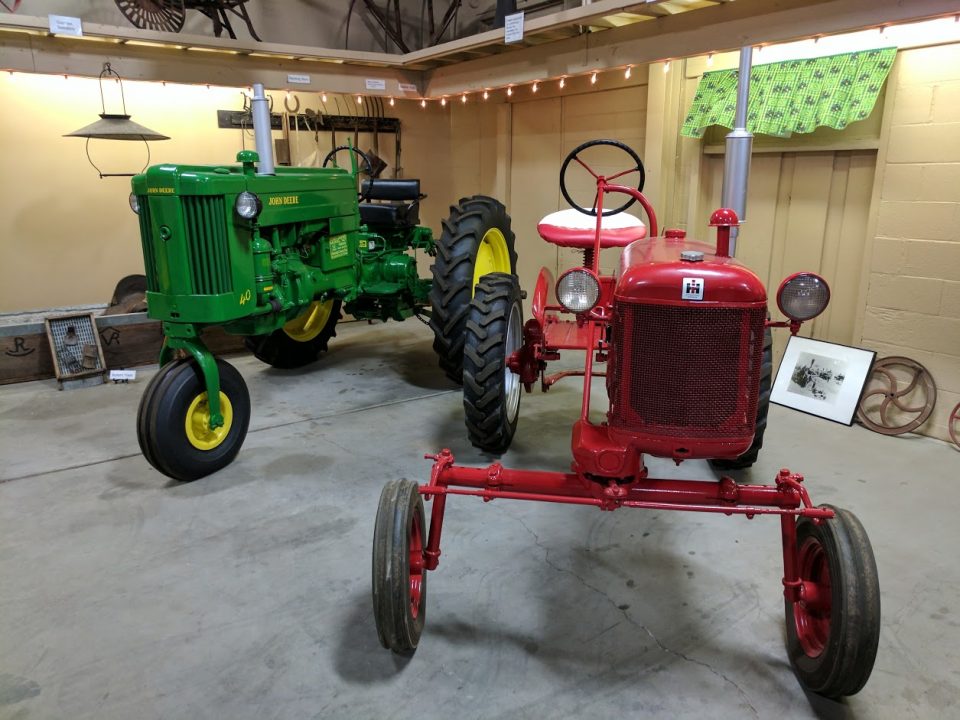 Having grown up on a farm, I have a certain appreciation for an old tractor, especially since my uncle’s still getting around on a 1952 Ford 8N. He’s got to jump start it and all that, but it runs.

But I digress, county fairs usually have farm equipment a-go-go and there’s nothing like crossing your arms, shifting all your weight to one leg and just staring at machinery.

This was one of my favourite parts of the Sydney Royal Easter Show – the competitions. Who made the best jam? What are the art works like? What crazy-looking cake is best decorated? And were is the crochet?

On The beach by Soussan Farsi was entered in the Fine Arts (adult) category.

To be honest, I haven’t been to a state fair, so I can’t say whether they stack up to the Sydney talent, but I had a great time looking at art, photography, cakes, place settings, doll houses and crochet dragons and squid.

There’s also wine, beer and garden contests. Just like the Chelsea Flower Show! My favourite from the Alameda County Fair was this country garden. It made me want to retire to the woods and live off the grid… ok, maybe not quite. 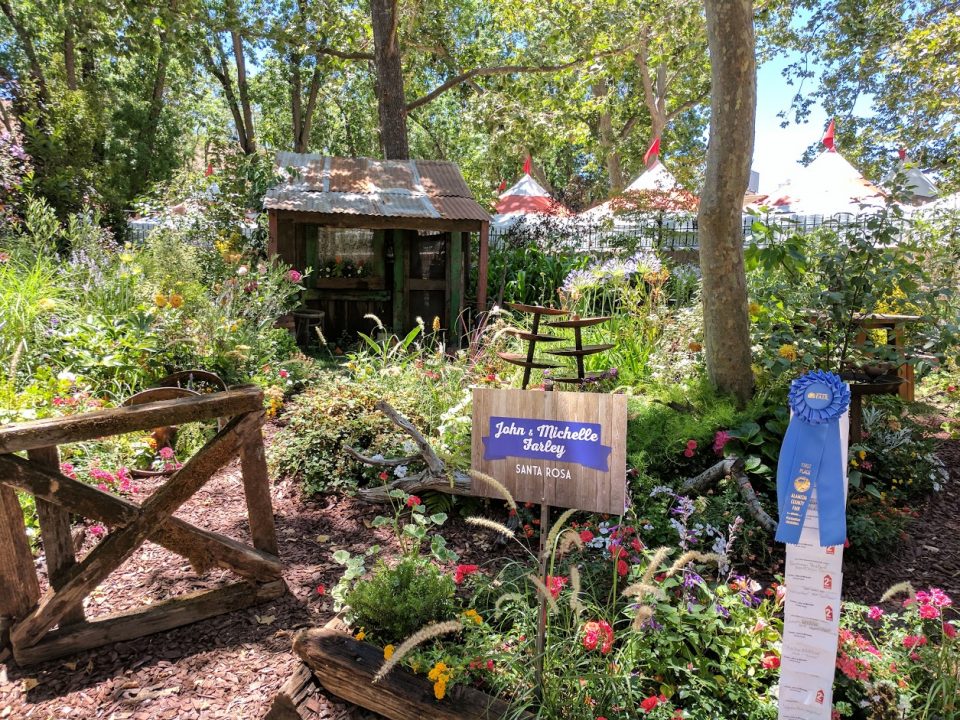 Shopping is a little lower on the list of must-do’s because it’s probably not for everyone.

I don’t usually buy but I don’t mind perusing the aisles of the shopping pavilion to see what wacky kinds of fruit and veggie choppers are available this year. Or the amazingly non-stick frypans that are so easy to clean even after you’ve burnt rubber onto them.

Knives made out of God-knows-what that will slice through your hand with the greatest of ease, and pens that will write in space. You get the idea.

There are also hot tubs. I almost forgot, but Mr M would be highly disappointed if I didn’t mention that you can purchase your own hot tub at the county fair.

Don’t you feel like model trains are synonymous with American life? I do. 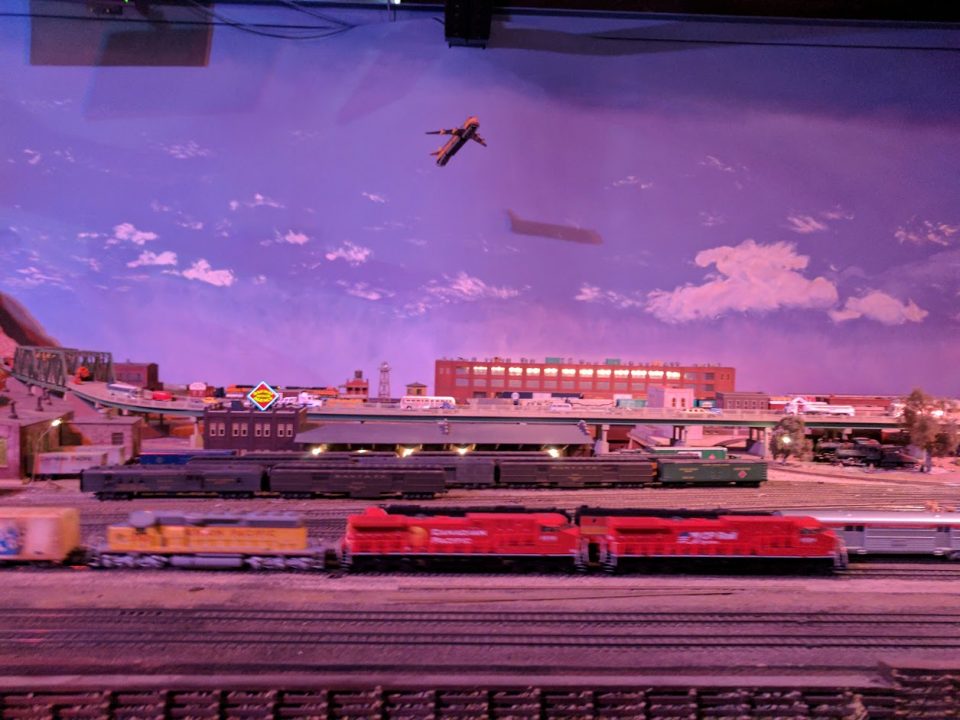 I just picture a bunch of middle-aged gentlemen, sitting around with conductors hats on, building train sets through towns and villages. It’s probably an outdated view now – they’re building legos and playing with drones.

But you can still see model train clubs at some county fairs, like the one in Alameda that spanned an entire shed and was very impressive.

So there you have it, my rundown of the best of American county fairs. What are you waiting for? Grab a hat, empty your stomach and get amongst it!

Or check out our web story on the most unmissable County Fair activities! 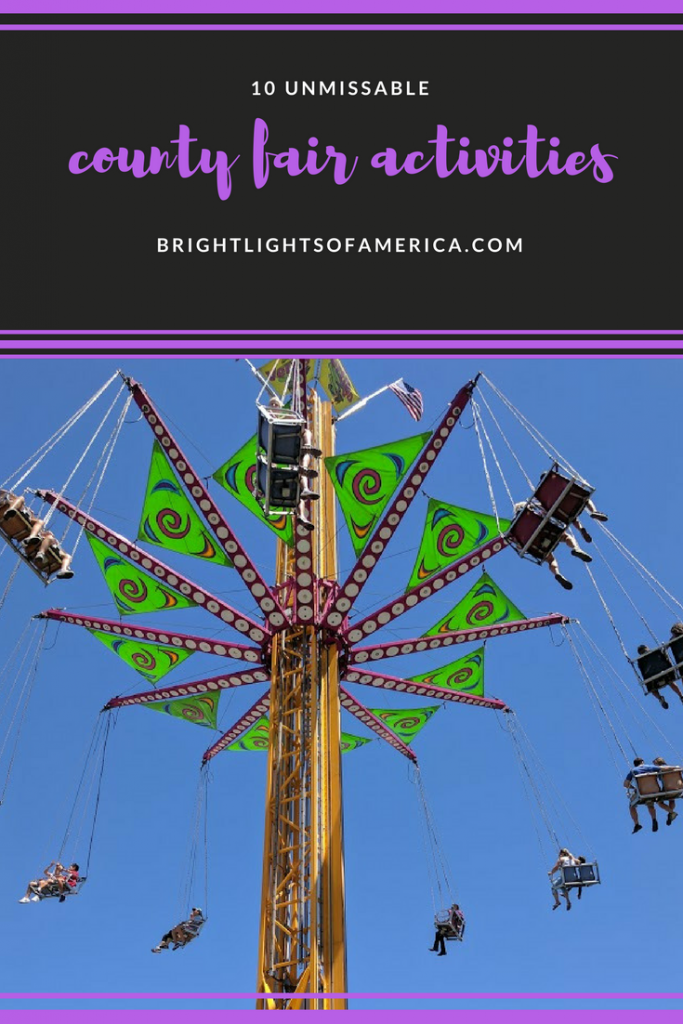