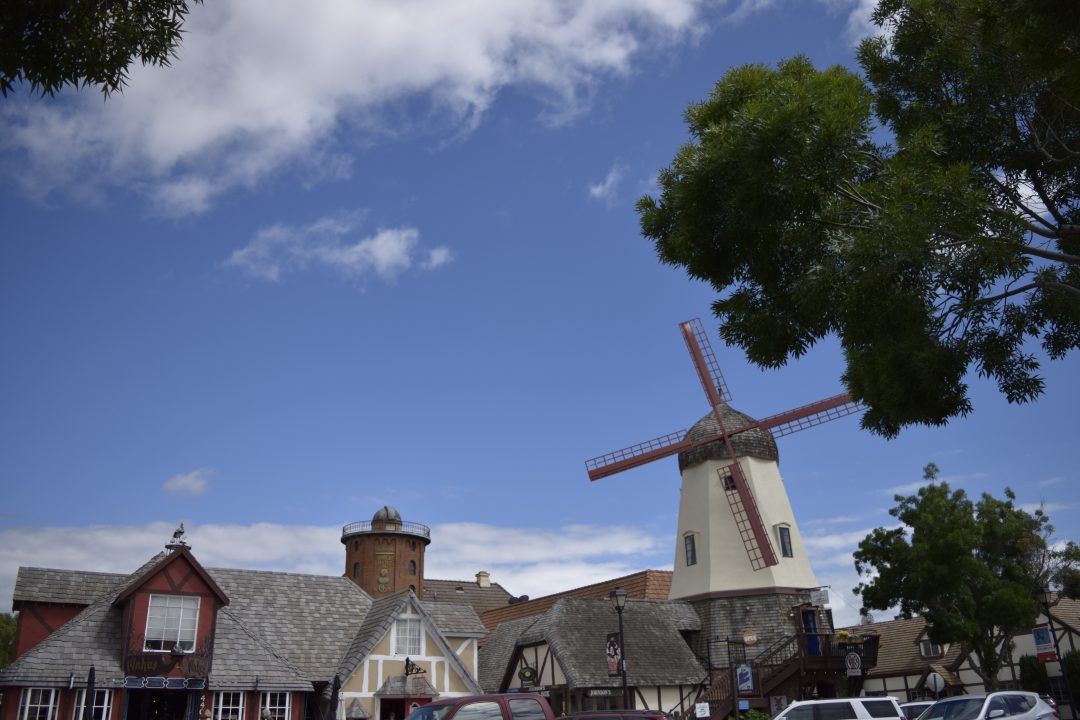 11shares
A Californian road trip is a balance between wanting to get to your destination and stopping to see things along the way.

At least it is for me, because there’s never enough vacation time to go round. So when Mr M and I packed the car for a jaunt down the 1 to LA, we decided that two pit stops would be best.

So I had my work cut out for me in choosing two great places to stretch our legs, get a bite to eat and enjoy the fresh air.

Here’s why I think Pismo Beach and Solvang fit the bill so perfectly.

I must confess that I initially picked this stop off the map because of Bugs Bunny.

Sidenote: This is also why I want to visit Albuquerque one day. Childhood memories are a magical thing.

It turns out Bugs was right to be constantly trying to get to Pismo Beach – there’s ample parking, lots to see and do, some great restaurants and a sunny California beach!

It’s pretty giant to be honest, and stretches out a fair distance, but it’s got nothing on the Busselton Jetty. (Shout out to my West Australian mates). 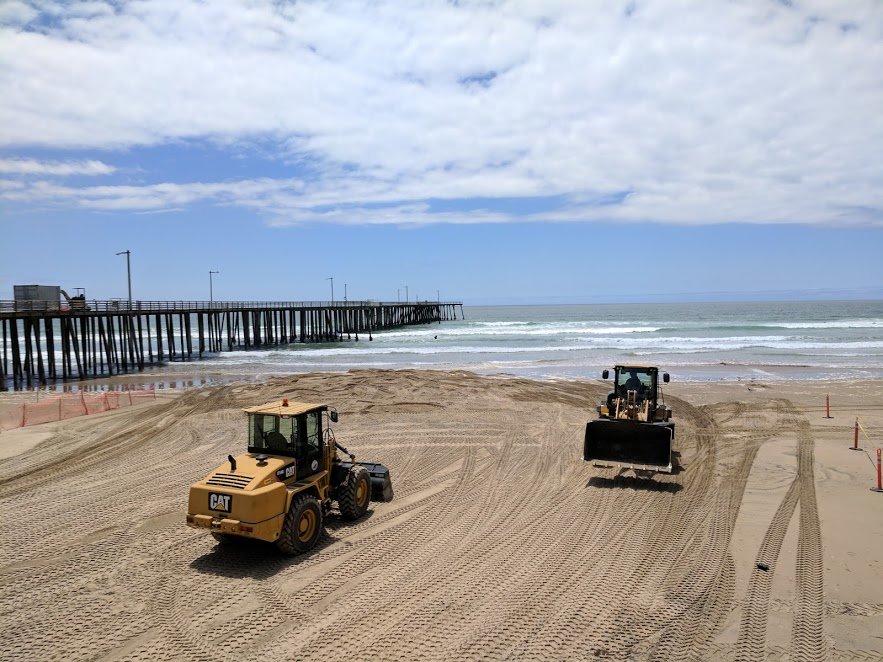 Unfortunately for us, the pier was being restored when we visited in May. So we didn’t get to stroll along it, but watching earth movers spreading sand made up for it. The project is due to finish in spring 2019, but it will open in stages as it is completed.

The beach is a beautiful wide expanse of sand and gorgeous blue sea. I also loved the snack hut up on the boardwalk. It reminded me of Aussie beaches back in the 80s. I’m not sure they sold pickles though. The soda pop’s a nice touch…Ponyboy. 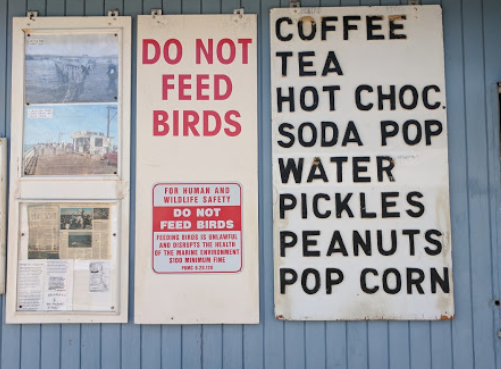 If you visit at the right time of year (late October to February) you can check out Monarch Butterfly Grove.

Judging by the pictures online, thousands of orange and black butterflies flock to the grove’s eucalyptus trees, making it a magical place to be.

They also run talks at 11am and 2pm every day.

Not just any cows, mind you, these are true Californian gems. The surfing kind. 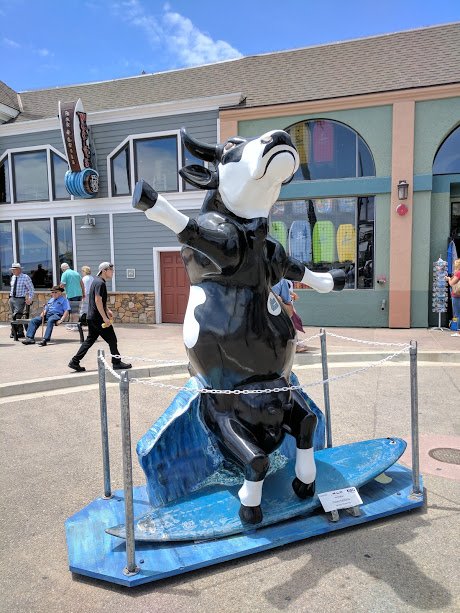 As part of the worldwide art exhibition, known as The Cow Parade, artist Douglas Turner contributed this Surfin’ USA bovine.

The Cow Parade has been staged in 75 towns across the world, including London, Hong Kong and Rome.

Fancy tiring out the kids to keep them quiet for the next leg of the drive? Take them to Dinosaur Caves Park for a run around. 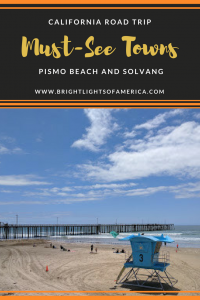 The 11-acre park is set on an ocean bluff and is popular with locals and photographers.

Alright kids, back in the car. It’s time to for something a little bit Denmark and very different to what you’re used to seeing in a US town. 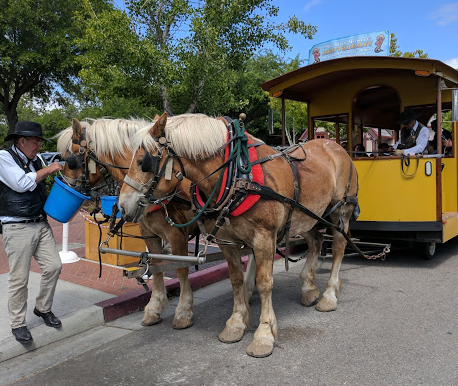 We’re headed to Solvang, just a stone’s throw off the 101, this town is like stepping straight into the Nordic realm… with an American flavour of course.

Nestled in the Santa Ynez Valley, Solvang was founded in 1911 by Danish immigrants, who modelled the town on their homeland.

They built schools and a church in traditional styles. Buildings feature thatched roofs and there are enough windmills to make you feel like you’ve stepped into Holland.

Unsurprisingly, Solvang is known as the Danish capital of America, and its name means “Sunny Field” in Danish.

You can’t step into a Danish town without sampling a Danish. It’s just not done. And Solvang has all of your pastry needs well and truly covered. 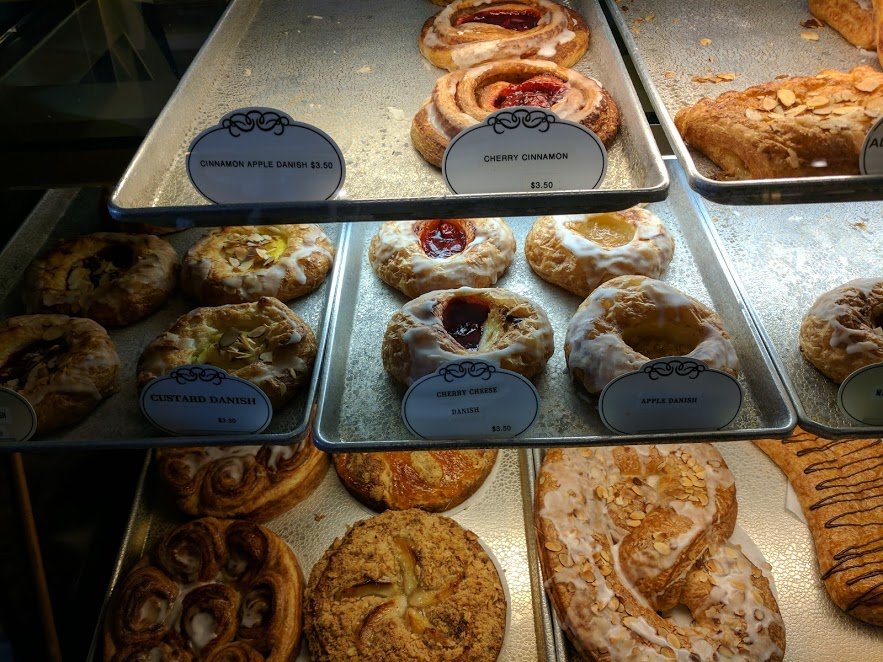 Upon entering the Visitor’s Center, we were given a map of the town, with all five bakeries within walking distance circled by the helpful volunteer.

Although, she refused to play favourites and tell me which had the best baked goods, in her opinion.

If you’ve got a petrol head in the crew, who isn’t a fan of thatched roofs, they’re in luck.

The Solvang Motorcycle Museum houses an array of European racing motorcycles, as well as vintage and rare bikes.

I know close to nothing about bikes, except that they go fast and are more likely to kill you than a car. BUT I can tell you that they rotate their bikes every month so there’s always something new to look at.

I don’t think I’ve ever as many windmills in such a small space – even in Holland. 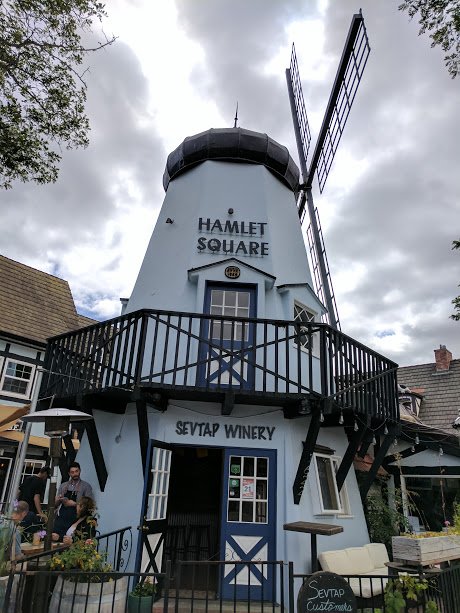 They’re quaint, beautiful and in some cases have restaurants and wine tasting inside (and around).

Take a horse and carriage ride through the town to spot them all or simply meander through.

The tiny museum and second hand bookshop is a monument to the Danish author.

Andersen was a prolific writer who is best known for his fairytales such as The Emperor’s New Clothes, The Little Mermaid, The Ugly Duckling and Thumbelina. 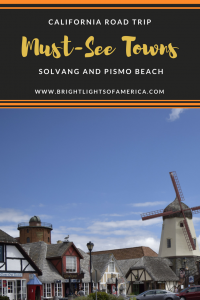 Amongst his plays, novels and poems, Andersen is the author of beloved children’s classics.

The park that bears his name is a great place for a picnic, with plenty of shade and open spaces, as well as walking trails to help stretch your legs.

HOW TO GET THERE

Those were our two favourite stops on our trip from San Francisco from LA. Now tell us yours in the comments!