A guide to renting a car and driving in the US

It’s not just being on the right side of the road while driving in the US that will be tricky, whether you’re moving here or just on holiday.

Although, you’ll be surprised how often you get slightly disoriented while making a turn, or walk to the passenger side of a car to get behind the wheel.

While the road rules in separate states differ, these are some of the most common ones you’ll need to abide by.

Slip lanes aren’t very common in the US, instead there are rules. Unless there is a sign to the contrary, you can make a right turn at a red traffic light after stopping at the line and checking for oncoming traffic.

If you’re sitting in the right lane with your indicator on at a red light and the person behind you starts honking at you, you know why. It took me a long time to get used to this one.

It’s true, you won’t see many roundabouts gracing the streets of certain US states. Instead they prefer something called the 4-way-stop. 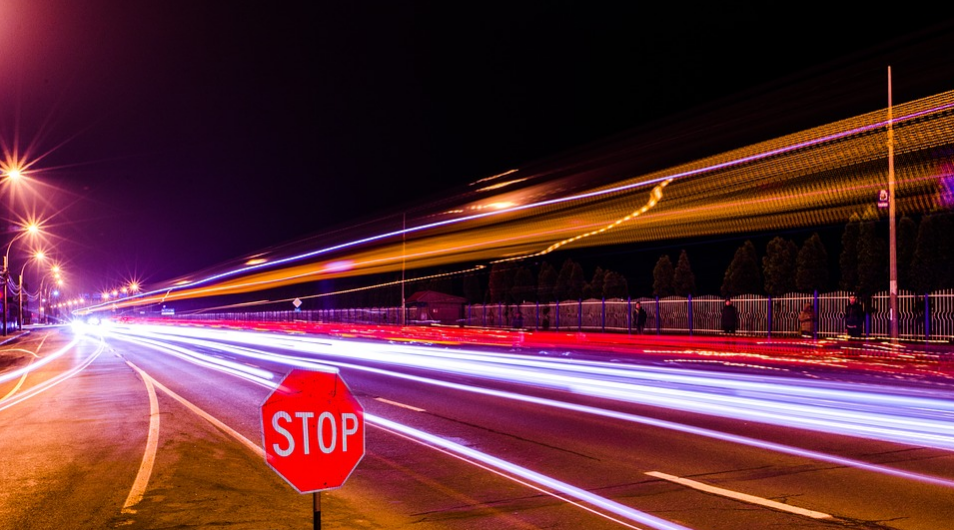 It’s an intersection where everyone has a stop sign. You give way to whoever stopped at the line first, so keep your eyes open and your wits about you. They work well in theory but sometimes not so great in practice when other motorists don’t feel like stopping.

If the lights are out due to an accident or malfunction, the intersection will work as a 4-way-stop, as mentioned above. You must come to a complete stop at the line before moving through the intersection.

It’s a pain but also great because people don’t panic when the lights are out and there’s no police officers directing traffic.

If a pedestrian (or bicyclist) has stepped onto the road at a crossing they have right of way and you must stop for them.

Crossings aren’t just defined as Zebra Crossings (crosswalks in the US), but also at 4-way-stops and other intersections where there are two white lines crossing the street.

You also have to give way to pedestrians if you’re entering or exiting a car park or driveway.

If the red lights on a bus are flashing you must stop behind it, it is illegal to overtake a school bus with flashing red lights. 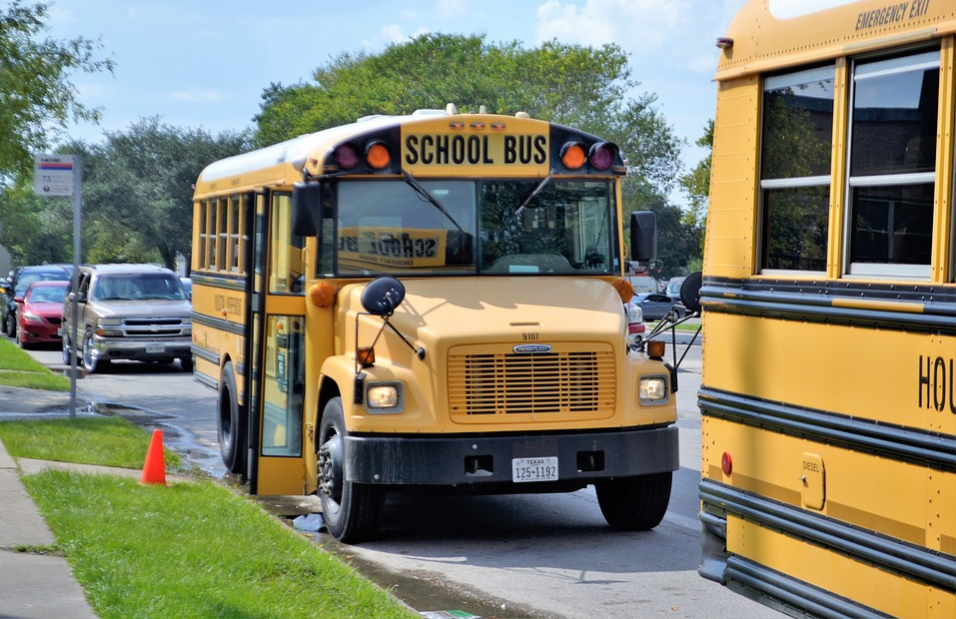 Fear not, it’s nothing to do with caskets or funerary processions. Overtaking is when you change to one of the middle lanes (furthest from the curb) to get in front of a slower vehicle.

Undertaking is when you switch to a lane closer to the curb to skip a slow vehicle. It’s not illegal in the US, and it mostly happens on freeways, but always be aware that someone could be trying to get in front of you from either side of your car.

QUIRKS OF DRIVING IN THE US

These won’t be true in all states – I’ve noticed these habits from driving in California mostly. But it doesn’t hurt to be on the looking for these things anyway.

They do not exist. Well they are available to you to use, and it’s illegal to change lanes or turn without flicking them on. But it seems Californians especially, feel like they are an optional extra. 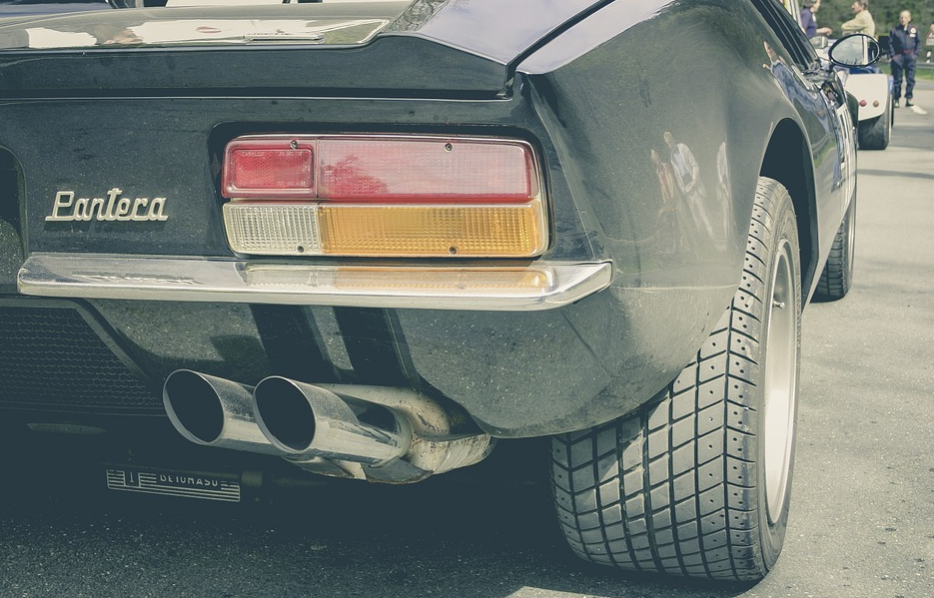 So don’t be surprised when a car suddenly pulls in front of you with no warning, or turns into a side street suddenly forcing you to slam on the breaks. Try to keep as much space between you and the car in front.

Even when other vehicles cut them off, Californians aren’t big on honking their horns. I’ve witnessed and been in many situations that would have sent Aussies leaning on their horns like it’s their buzzer on Sale of the Century.

They just don’t do it here. Maybe because the California Driver’s Handbook includes such gems as “Do not shoot a firearm on a highway or at traffic signs”.

Just assume everyone has a gun and is ready to use it.

Seem to be more of a suggestion than anything else. It’s routine for vehicles to travel 5 miles per hour over the limit and not be pinged by the cops. 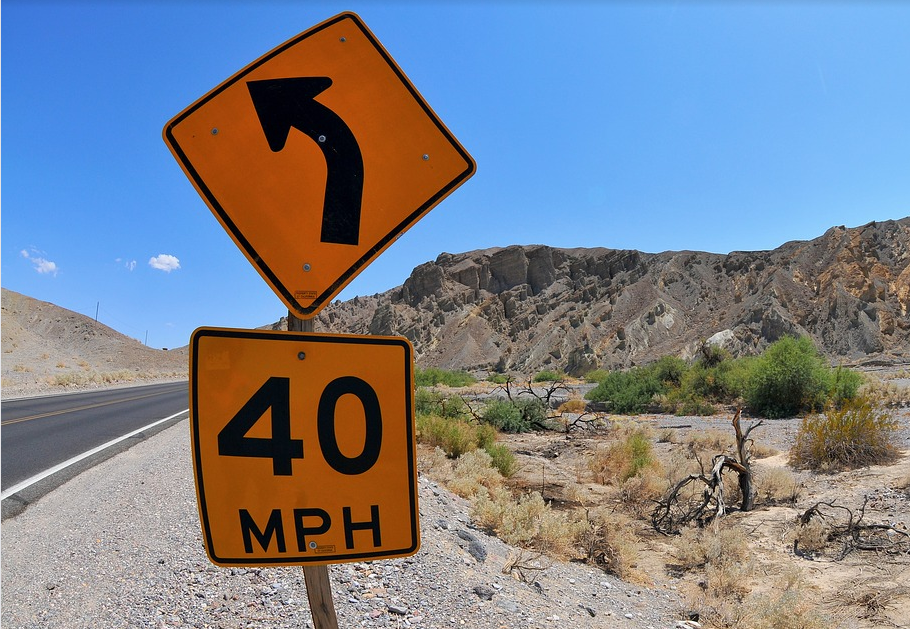 Of course that depends on the officers and the roads you’re driving on as well. I wouldn’t recommend speeding, but this will explain why everyone else is.

The speed limit in residential areas (or where there are no speed limit signs) is usually between 25 and 35 miles per hour. On freeways the limit is between 55 and 70 mph.

Getting gas/petrol is a little different in the US. Most petrol stations have credit or debit card operated pumps. To fill up you’ll need to swipe your card and select the fuel you need before pumping it.

Keep this in mind when organising your credit cards or pre-paid cards as some may not work at these pumps. It’s best to ensure you have at least one of the major credit cards with you for this.

Depending on how busy the city you’re driving in is, there will be tolls for different reasons.

While most carpool lanes are free as long as you have the minimum number of passengers required with you, High-Occupancy Vehicle Lanes (HOVL) are different.

READ MORE:
The best things to do in Sonora, California
Powered by Inline Related Posts

Anyone can use HOVL lanes, however only those with at least two, three or four occupants or driving clean energy vehicles, motorcycles, transit or emergency vehicles are exempt.

Anyone else traveling in a HOVL lane will be charged a toll. 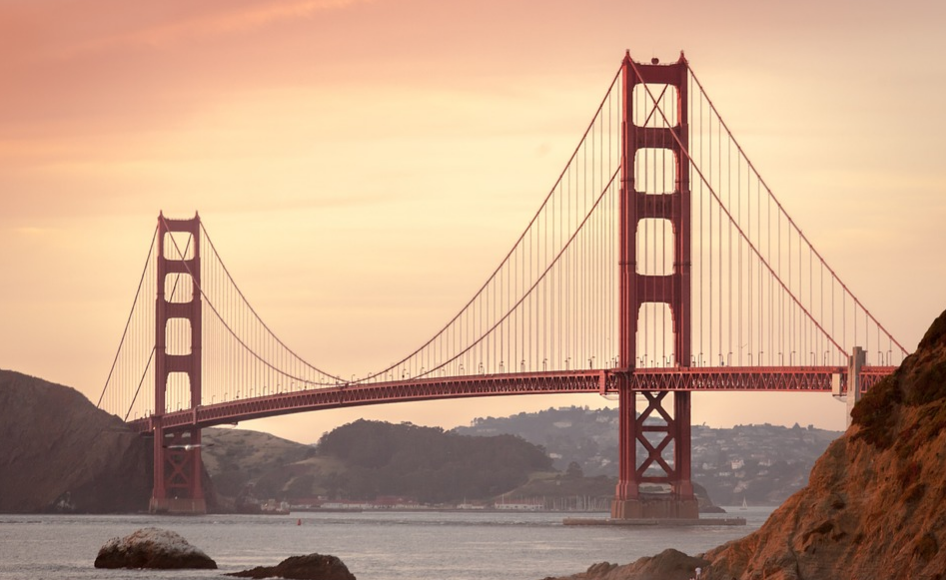 Then there’s the regular tolls on highways. In San Francisco, you won’t be charged a toll on highways leading off the peninsula, but as soon as you get on a bridge to come back into the city, you’ll be hit with a toll. Yes, this includes the Golden Gate Bridge, which doesn’t accept cash. You need an electronic tag, so keep this in mind when renting a car and chat to the agency about their rules on tolls.

IN CASE OF AN ACCIDENT

Don’t panic, it happens sometimes. Be sure to always have the following forms with you when you’re driving:

Contact the police by calling 911 and exchange information with the other driver/s involved.

This includes driver’s license number, name, address, insurance, the vehicle make and model as well as the number plates. If there are any eyewitnesses, ask for their contact details and mark down the location of the accident. 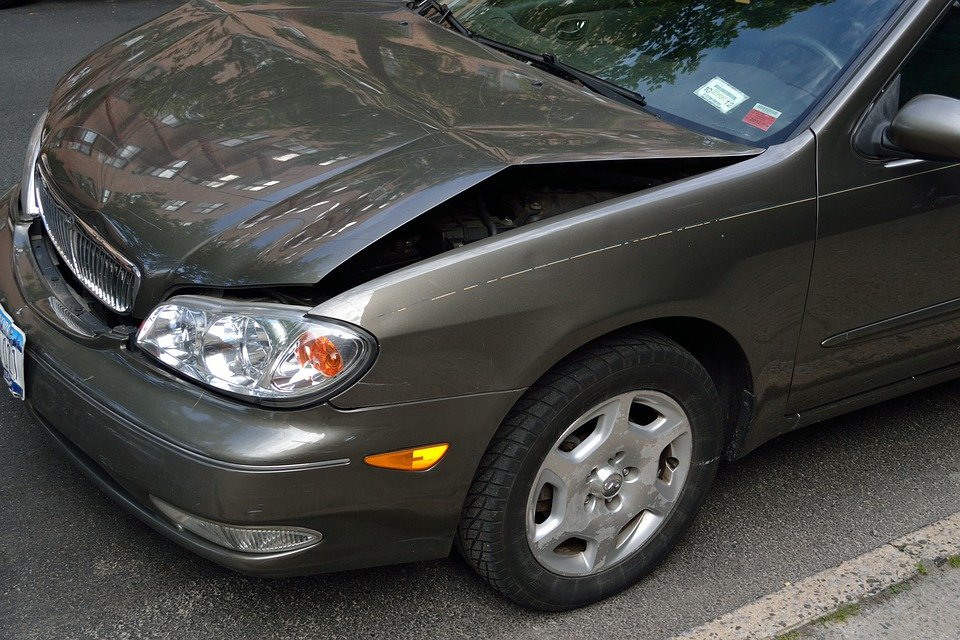 If possible, take photos of the damage caused and wait for the police to arrive. It doesn’t hurt to get the name and badge number of any police officers you speak to.

And that’s everything that struck me as strange when I first began driving in the US. Of course there are a million little nuances in towns and states across the country, so keep your wits about you. But overall, have fun whether you’re road tripping or just getting from A to B.

RENTING A CAR WITH A FOREIGN LICENSE

You don’t need a US driver’s licence (or an international one in some cases) to drive in the United States, as long as your foreign license is valid.

You can check the rules for each state by visiting their respective Department of Motor Vehicles websites before travelling. Remember that this is only a short term solution and if you’re planning to live in the US, you’ll need to apply for a license to drive.

If the state you’re visiting requires an International Driver’s License (IDL), you’ll need to obtain one from the country that issued your regular driver’s license.

That might take a few days or weeks to obtain so be sure to apply with plenty of time before leaving the country. You won’t be able to get an IDL while you’re overseas.

Check with the car rental company you’re hoping to use, whether they require both your foreign license and and a valid IDL before you can rent a vehicle.

There are scammers waiting to trap unsuspecting tourists who haven’t quite grasped their responsibilities as a foreign driver.

Do not buy an IDP online from individuals or companies that are NOT approved driver’s license issuing body for your state or country. No other organisations or people are legally allowed to sell International Driver’s Licenses.

Those who buy a fake IDP, whether they do so innocently or otherwise, could face detention in another country for carrying fake documents.

BEFORE CHOOSING A RENTAL AGENCY

There are a few things to consider and questions to ask before committing to a car rental company.

The US is notorious for tacking on fees and charges to an advertised “low price”. So if you’re making calls or booking online, be sure to ask and double check the final price before committing.

It pays to remember that taxes are usually not part of any advertised prices so don’t be surprised when you’re paying more at the check out.

The cost of renting a car will usually include basic insurance coverage. Keep that in mind when they start to up sell extra insurance on top of that.

Don’t forget to check your credit cards or bank accounts for “free” insurance. Some offer extra insurance policies on top of the “basic” for car rentals as long as you use that specific car to pay for the rental.

Don’t get stung by paying for something you already get for free. Remember that vehicle rental companies usually charge a higher insurance rate, so if you want that peace of mind that extra insurance brings it pays to shop around.

If you have a credit card it might be a good idea to use it for car rental costs. Some companies will place a hold for a certain amount of money on debit cards as collateral in case of damage to the car.

This can be annoying if you’ve saved and set aside a certain amount of money for your trip. However some companies won’t accept debit cards as a form of payment and will require a credit card.

Most companies won’t rent a car to anyone aged under 25-years-old. This can be a bit of a pain if you’re hoping to share driving responsibilities or are travelling with a young group.

You’ll have to work a bit harder to find an agency that accepts younger drivers, and they’ll charge more to cover the risk of accidents.