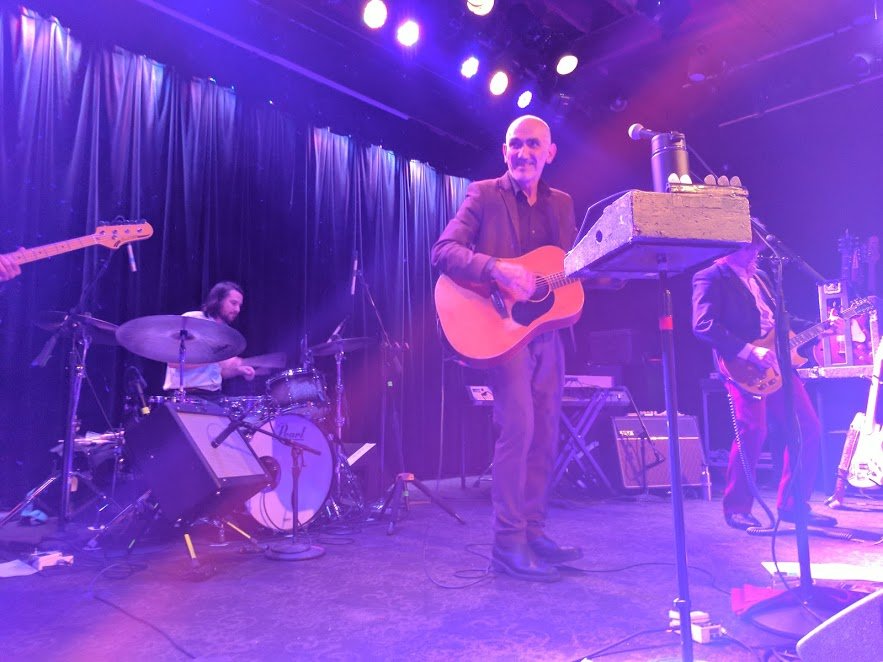 Australian music legend Paul Kelly is finishing off his US tour tonight with a show at The Roxy Theater in West Hollywood.

I was lucky enough to nab a free ticket* to his performance at Slim’s in San Francisco last night, so you could say this blog post is tainted by the rose-coloured glasses of saving some cash. Which isn’t at all unwelcome in this city.

But in all honesty, it was skewed way before that – by years of discovering Kelly’s gut-wrenching stories of everyday life, told over melodies that haunt. Who else could sing a song about making gravy and have a crowd in tears?

It’s been a while since I’ve been at a music venue full of Australians. It felt like being back home at The Metro or The Enmore.

Being surrounded by the twang of Aussies kicking back in their natural habitat was enough for me. The longer I’m in the US, the more I realise just how laid back our accents and demeanor can be.

Plus we hardly dance, we sway at best. Well at least I do, when I’m feeling brave, I suppose I can’t really speak for anyone else.

If you’re in another country and think it’s a waste of time to go see a touring Aussie band, all I can say is that you’re so wrong. It’s a slice of home and even if you’re not into all that nostalgia, it’s a blast.

As if being the support act for a music great isn’t difficult enough, why not throw in being a solo act into the mix? Just for fun. 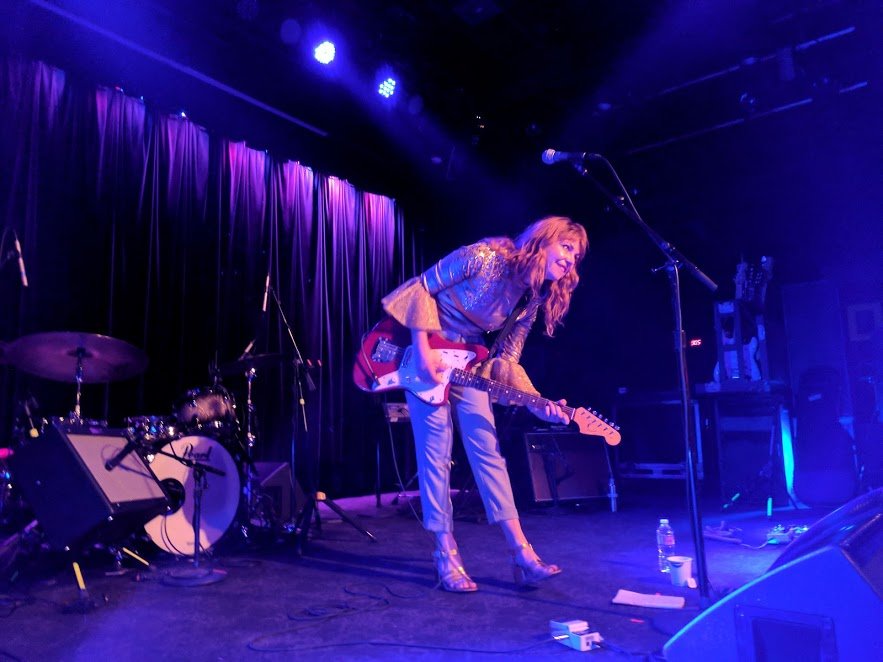 That’s not to discount the talents of New Zealand born Jess Cornelius, who is also known as the spearhead of Melbourne band Teeth & Tongue. She’s toured with the likes of The Mountain Goats, The Drones, Laura Marling and Courtney Barnett so commanding the stage was never going to be an issue.

Cornelius commanded the stage with her Fender and endeared the crowd to her with songs of love, jealousy and picking up at a funeral. Obviously running the gamut.

Kelly brought his seven piece band, complete with Vika and Linda Bull on backing vocals and stellar synchronised dancing, out to play. 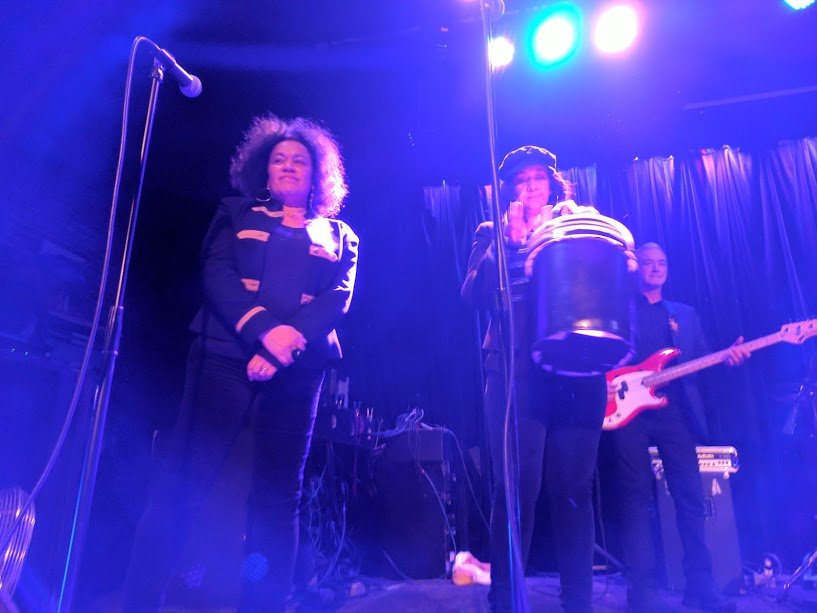 When was the last time you saw the electrical-tape reinforced bucket being played?

Touring his new album, Life is Fine, meant playing the record in full for the first half of the show. Other muso’s might lose a crowd by playing 12 completely new songs straight off the bat. But not Kelly.

And I don’t quite know why. Is it because the songs and the stories are somewhat familiar? Or that the group is so tight and having so much fun on stage that it’s infectious? 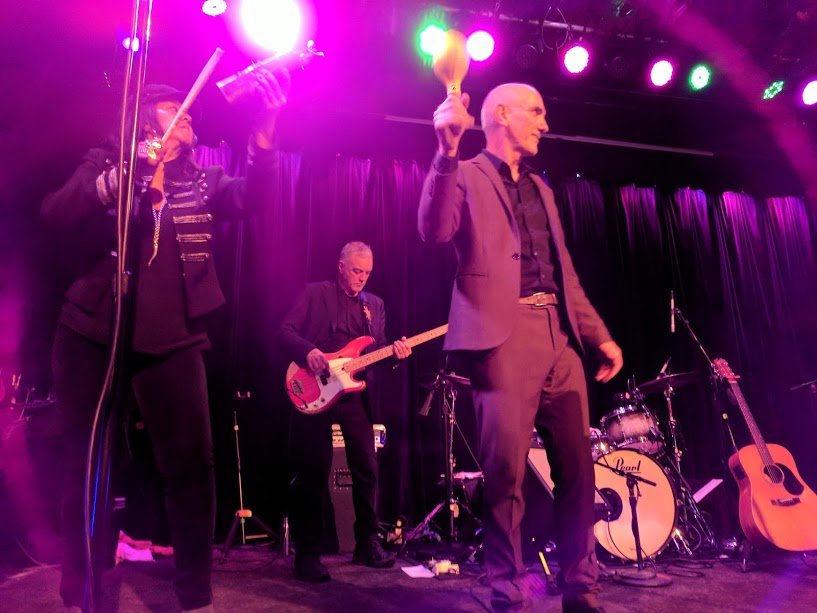 In any case, I have some new favourite songs. Including Petrichor (the smell of rain on dry ground), which immediately took me back to this episode of Dr Who.

Then there’s Leah: The Sequel, inspired by Roy Orbison’s 1962 b-side that became a roaring hit in Australia. Kelly proudly proclaimed that he now has a “co-write” with Orbison because his song takes up where the rockabilly star left off. With a near-drowned man saved, clutching a pearl in his hand for his girl, Leah.

Of course I haven’t even scraped the surface of the band – keyboards dueling with organs, guitar licks that could kill, a bassist who surpassed cool years ago but still managed to get an “over 21” stamp from the venue, and a drummer who drove the whole thing.

There were also the favourites that I suspect Kelly wouldn’t have been able to get away without playing to a crowd of Aussie expats and travellers.

From St Kilda, To Her Door, How to Make Gravy and From Little Things Big Things Grow all had a choir of half-cut, smiling Australians singing along.

And three encores later, they were gone. The spell of being home again was broken and we were back out into the cool San Francisco night. A little happier and with a spring in our steps. Thanks Paul.

* A big thank you to the Australians in California Facebook group for the tickets to this show. It’s a great place to get to know other Aussies in the state, so check it out!