An expat’s guide to US stores 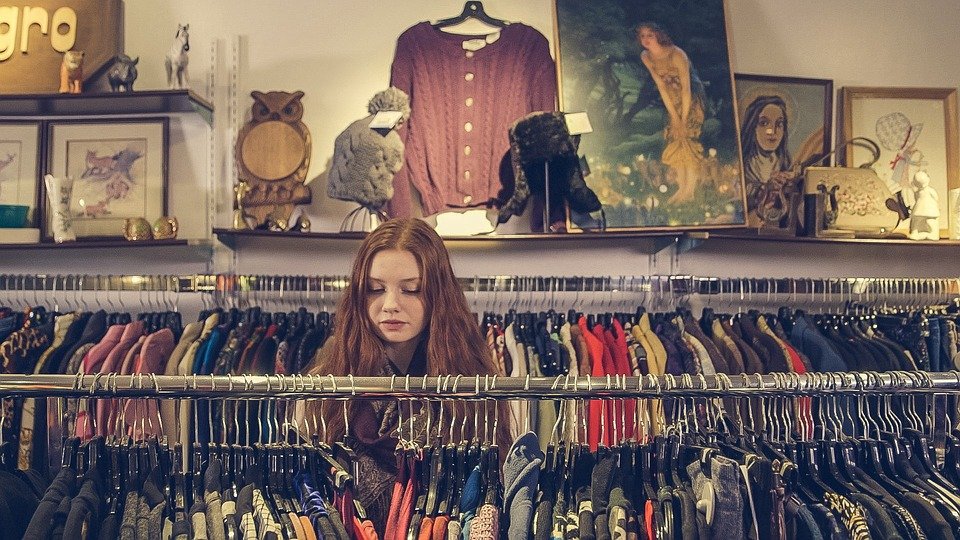 You’re new to a country (or state) and need to buy cheap furniture, or kitchen gadgets. Which US stores do you visit to get them?

Maybe these examples are a little too simple in the era of globalisation. In my first week in San Francisco my friends decided to take a trip to Yosemite National Park and of course I wanted to join that adventure.

But I didn’t have a sleeping bag, or enough time to have one shipped to me, or a car to go out and buy one.

In Australia I’d have known exactly where to go for a cheap and sturdy sleeping bag, but transplant me to SF and suddenly I have no clue. Google searches are helpful, but marketers are just as savvy these days and it’s easy to get sucked in. 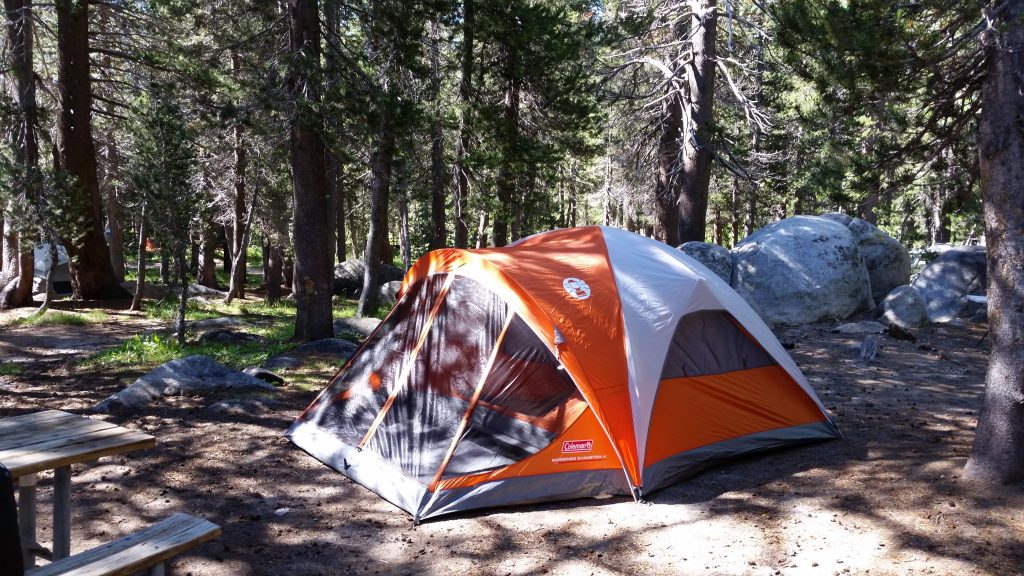 With the aim of saving you from the same fate, I’ve put together a list of what you can get where. Keep in mind that I’m based in California so this will probably end up being west coast-centric.

This post may also have been sparked by a conversation that I had with a lovely woman named Penny, at the pre-opening party of Bluestone Lane CoffeeShop (stay tuned, there’ll be more on Australian coffee very soon).

Note: You can buy most things mentioned below at Walmart or online via Amazon. But they can both be a bit tedious in different ways. Although, Amazon can be very convenient, especially if you sign up for a Prime subscription, for expedited shipping.

If you’re looking for alternatives, they’re below.

The Bunnings of California is Home Depot. It’s laid out similarly to the Australian home hardware behemoth and I get the feeling Bunnings lifted the layout straight from Home Depot. 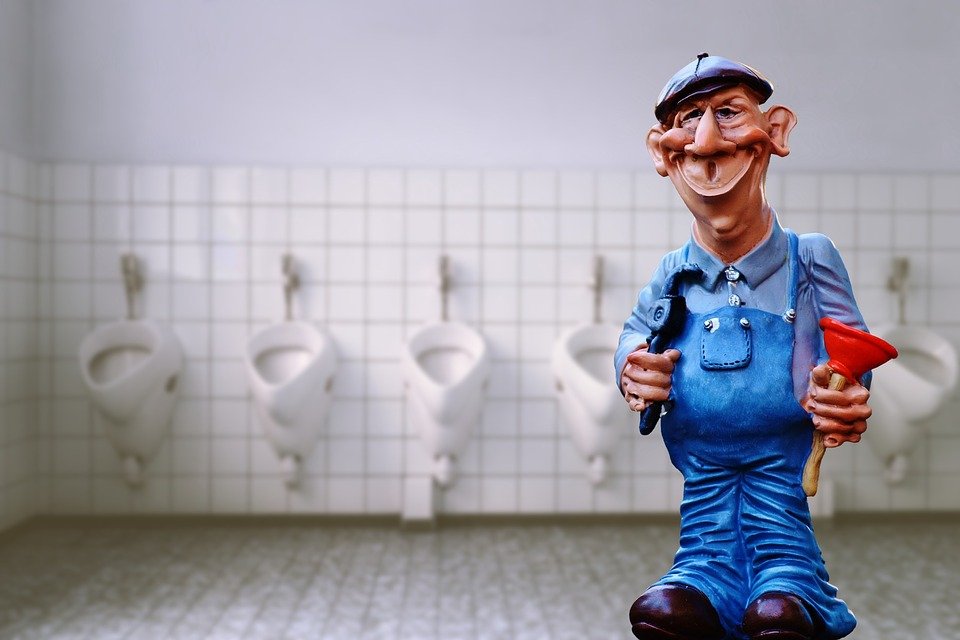 There are the usual sections like plumbing, power tools, kitchen, bathroom, garden, timber, and paint.

You’re probably used to wandering down to the newsagency for the paper, magazines, birthday cards and all of the pens, fancy paper and staplers you can handle.

Not in the USA. Newsagents aren’t a thing here, but newsstands are. So where do you find this stuff?

If you’re looking for the Officeworks feel, head to Staples or OfficeMax. They’re similar in that they sell stationary, office supplies, office furniture, computers and have a printing centre. 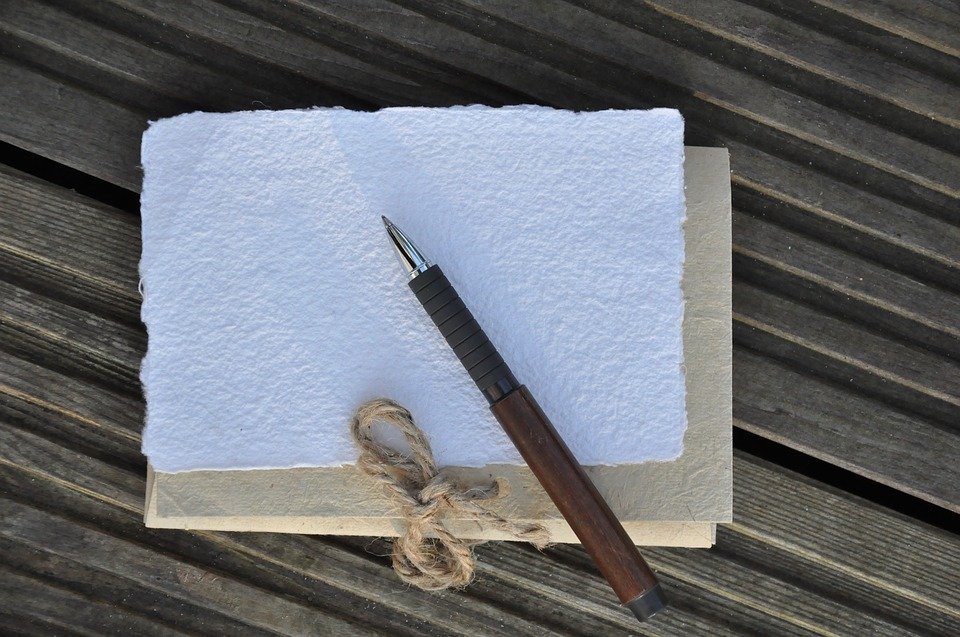 Birthday, Christmas etc. cards, magazines and newspapers can be found in a few different places. Your local grocery store will have a selection, as will pharmacies like Walgreens and CVS.

But if you want to pick up all four things at once your best bet is going to be Target. Much like its Australian namesake (which strangely isn’t affiliated with the US stores), Target has all the stationery, back to school items, magazines and office equipment you could need.

You don’t want to lob up to a USPS store to buy envelopes and boxes before you post things home. It’s overpriced or awkward shaped, and generally annoying.

Instead head back over to Target, Walgreens, CVS or any other large chain drugstore and find the card section. That’s where you’ll get your mitts on all manners of padded envelopes, boxes, normal business envelopes and the like.

You can buy stamps at the grocery store and some pharmacies as well, but if you’re going to be posting more business-sized envelopes home, buy a sheet of Forever Stamps from the post office. They last forever, as the name implies, and you don’t need to buy “add on” stamps if the price of postage goes up.

I’ve literally bought one lotto ticket since I arrived in the US. I’m not much of a gambler. But I really had to stop and think about where I was going to be able to buy one. 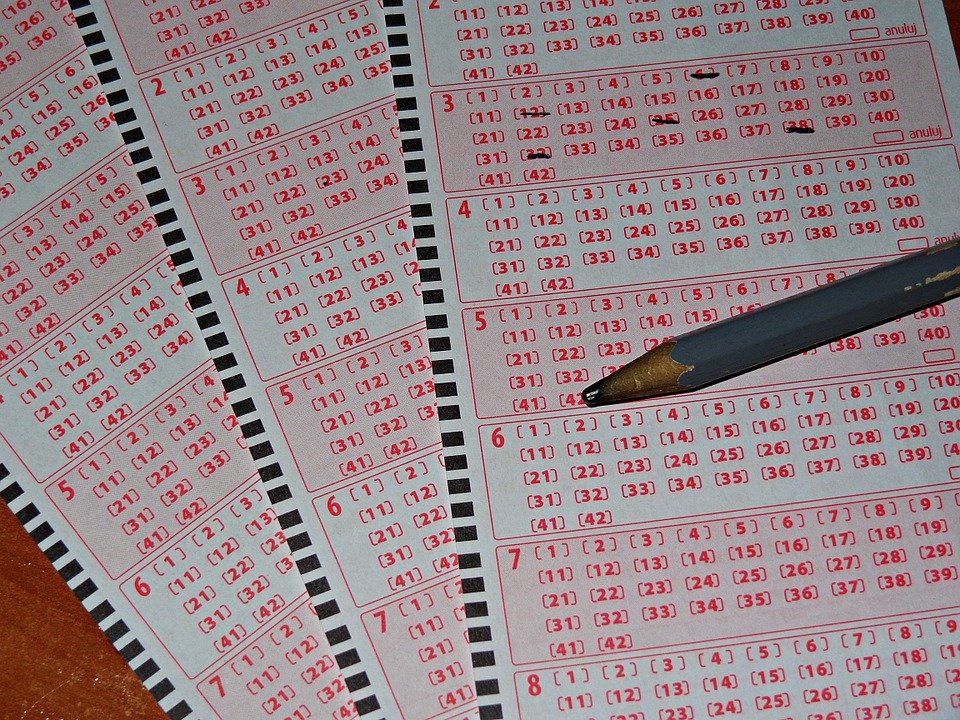 The only place that I’ve seen them is in the independent bottle shop down the street from me.

After consulting with resident Californian and all-round American guy, Mr M, I now know you can also get them from the cigarette counter at Safeway (or your local grocery store) and petrol stations.

I’m going to stop mentioning Target now, because that’s self-explanatory. But I will mention that I’ve been to K-Mart here, and it’s decidedly underwhelming, so keep that in mind. 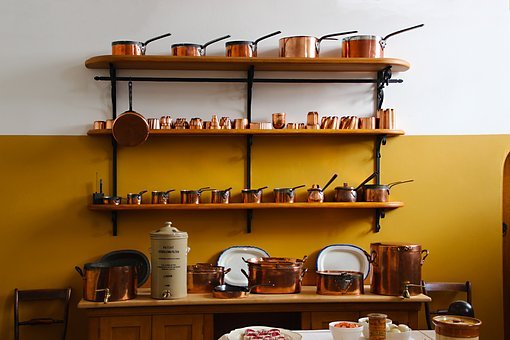 If you want kitchen and bathroom gear in one spot, Bed, Bath & Beyond is one of the best US stores to start in. If you live near one they’re likely to mail you 10-20% coupons every now and then. Collect them and use them even if they’re expired. They’re still accepted.

I’m talking about everything from hair dryers and straighteners, to TVs, laptops and stereos. The whole gamut of things that require electricity to run. 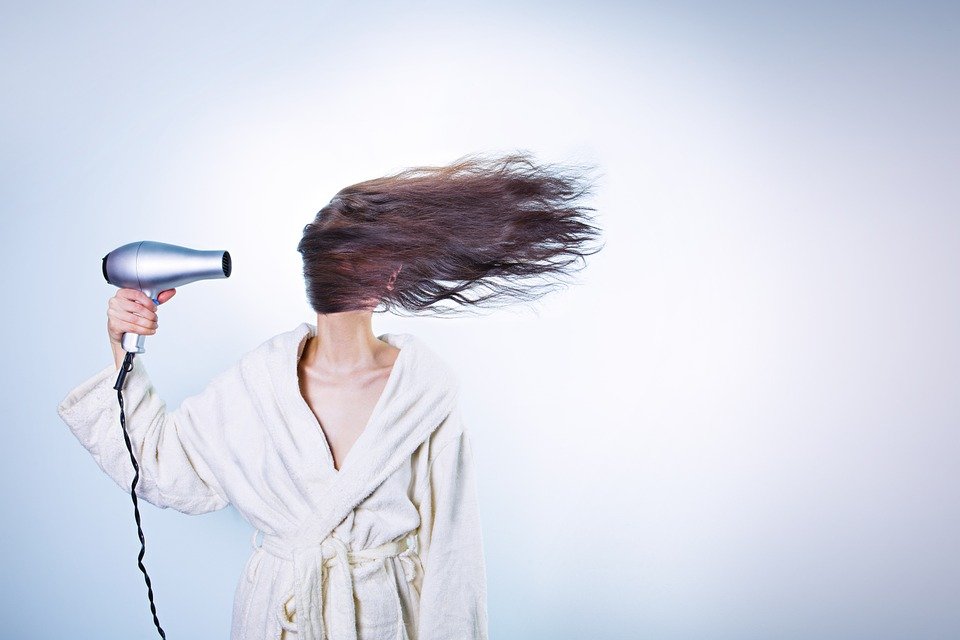 There are a few places you can go, like Best Buy or Fry’s Home Electronics, which are large chain stores (sort of like The Good Guys and Harvey Norman).

If your budget is tight, Walmart has absolutely everything under the sun (read about my eye-opening first trip to Walmart here), and Costco also has select electronics to choose from (but you’ll need to purchase a membership before you can shop there.

Wondering what the hierarchy is like in terms of department stores and women’s clothing? This has been my experience, but keep in mind that I am woefully challenged in the clothes shopping department.

Neiman Marcus and Bloomingdale’s: Think David Jones but bigger. Lots of designer clothes and shoes with prices to match.

Nordstrom: Belongs somewhere between the above and the below. But Nordstrom Rack is their discount outlet and can have some good bargains.

Old Navy: The Just Jeans/Jeans West of the USA. For casual clothes that won’t break the bank.

Ross: Sits at the Best & Less level of clothes shopping. You know the clothes aren’t going to last forever, but they’re cheap.

If discount beauty stores are your mecca, maybe stay away from Sephora. While their shops are pretty to look through, they can err on the pricier side of things. 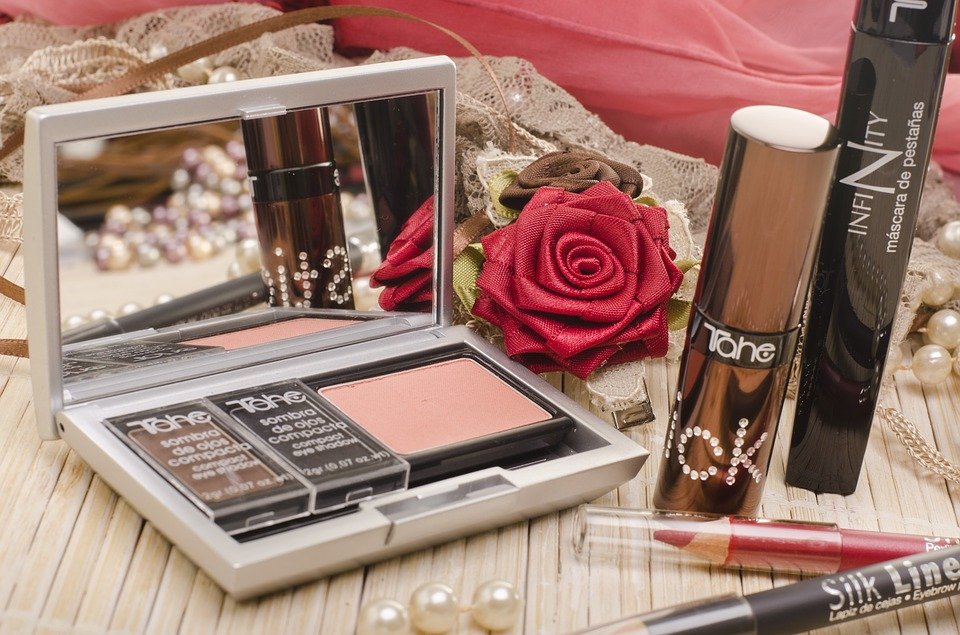 Instead try Ulta Beauty for anything and everything, plus the usual haunts like pharmacies. There is also Kohl’s (which is also a department store) and Total Beauty Experience.

In San Francisco at least, you can’t go past Michael’s for decorations year round. They decorate for EVERYTHING here – Christmas, 4th of July, Halloween, St Patrick’s Day, Autumn – you name it, they’ve got decorations for it. 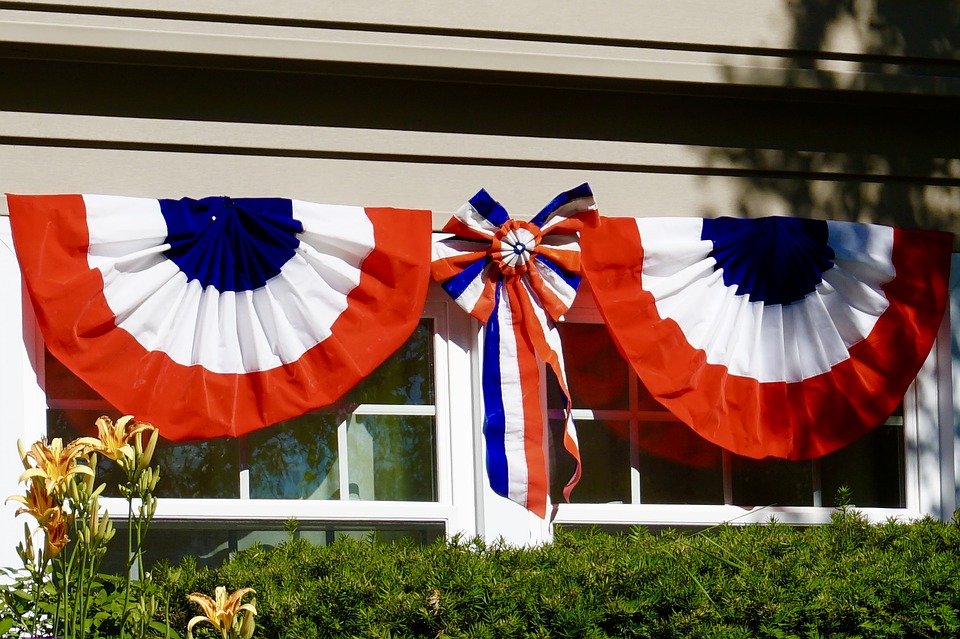 I can also confirm that you won’t find Blutac here, but you will find something called Instant Tacky, which pretty much does the same job.

After posting this in the Australians in San Francisco Bay Area facebook group (which is a really supportive and helpful community) it was pointed out that I missed one important products – alcohol.

Can you tell that I’m not big on booze? Luckily Meladel had me covered, and pointed out that BevMo is the US version of Dan Murphy’s. And David gets his Coopers Pale Ale there as well.

I may have purposely left this one out because I’m waiting for surgery before I can get back into running or working out properly.

But regular commenter over at the Bright Lights of America facebook page, Melissa, was having none of that half-doneness.

“JC Penney has good quality gym wear (Xercion) and Kohls is good for a nice summer dress and also has Columbian stuff (limited) and Under Armour along with some cheap Nike (sometimes)”.

Sports Authority is also a great spot for clothing by the major sports brands, as well as equipment like treadmills, bikes and weights.  They also have a pretty good shoe section. I’d compare it to Rebel Sports in Australia.

I have slightly more expensive tastes in gymwear so of course I stand in Lululemon and drool over things I can’t afford. And I’m also a huge fan of Oiselle (disclaimer: I’m part of their Volée program even though I can’t run right now).