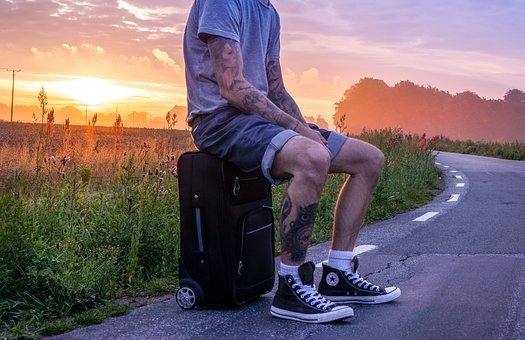 The prospect of moving abroad alone is enough to make you really consider every single thing that could possibly go wrong. It’s a leap of faith and if you think you went through making the decision without getting even a little bit worried, you’re kidding yourself.

I was reading this post by Sue Loncaric about living in the moment and one part struck me as being really pertinent to those stuck in the ‘thinking about it’ realm of expat life.

In my mind, I was always waiting for the right moment to start the journey of moving abroad alone. Even though I had savings, it was never enough in my mind, or I wasn’t at the right point of my career, or I didn’t want to miss seeing my niece and nephews growing up.

But ultimately, it’s all just excuses and if you keep thinking that way, you’ll never be ready. I’m not saying that you shouldn’t plan, but going over the top isn’t going to get you closer to your end goal.

I moved to San Francisco by myself in 2015 and am so glad that I did. But that first week here saw a feeling of dread lay itself in the pit of my stomach and stay there. What had I gotten myself into? Why did I think this would work? Everything is so different here! 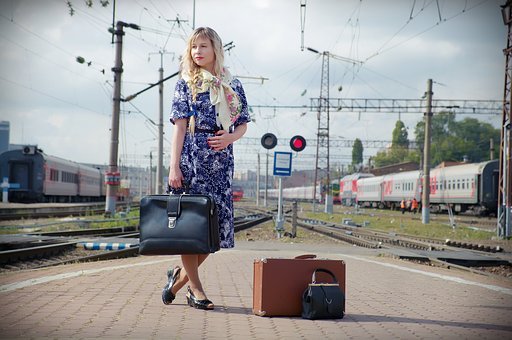 Suffice to say, I settled in and banished that feeling for a long time. Here are all the reasons that I think you should jump at the chance to move abroad alone and ignore that little voice in your head.

You hold the reins and you can steer this horse and cart wherever you want it to go. All Amish references aside, moving abroad alone means you get to choose where to move to and the best time for the move.

Read More: A Comprehensive Guide to Moving to the US

If you’ve always wanted to move to a non-English speaking country, it’s your choice, there’s no one else to convince. You don’t have to find a town or city that specialises in a certain industry for someone else.

Basically, the world is your oyster. There’s nothing to hold you back except your own imagination.

2. Distilling your possessions to the essentials

When you’re moving abroad alone, it’s highly unlikely that you’re going to be a taking a whole house-worth of possessions to your new country. Odds are, you’re going to have to do a big clean out of your stuff. 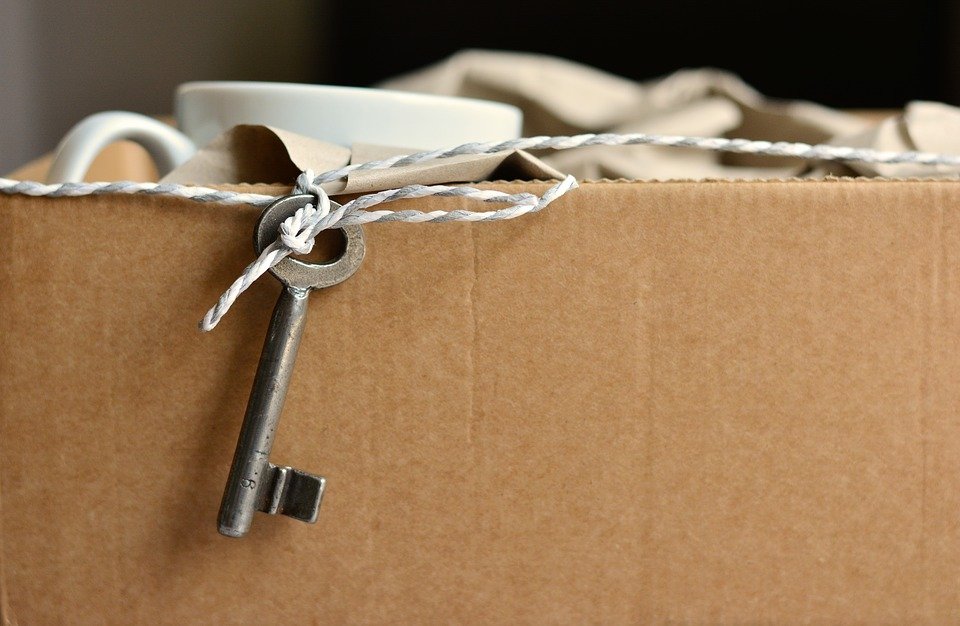 Before I moved to San Francisco, I did a wardrobe clean out and sold bags, shoes and clothes. I’m not a pack rat by any means, but I had accumulated a fairly large wardrobe over the years. It was also a great way of working out what I really loved and what I could live without.

The same goes with all of the knick-knacks, trinkets and baubles floating around your place. This is a great time to donate, sell or give away everything you can live without.

If you’re feeling a little frustrated in your career or that you don’t have many prospects to move up where you are, a new country could be the answer. Start looking at career progression in your industry in other countries. They could present different options that aren’t available at home.

Getting experience working in another country can look impressive on your resume too. So when or if you finally decide to move back home, you’ve got a leg up on the other candidates that haven’t had the opportunities that you have.

Even if you’re working in the same field or in the same job, it’s still going to feel like a whole new environment, because work etiquette is often different to what you’re used to.

4. Get out of your comfort zone

If anything’s going to put you outside of your comfort zone, it’s moving abroad. You’ve got new surroundings to contend with, finding a new place to live, new friends to make and a new culture to adapt to.

Unlike a fish out of water, there’s a very slim chance that really bad things will happen.

It probably seems like a scary prospect (that’s ultimately how you know that you’re stepping outside your comfort zone though). But it’s actually good for you.

Always feeling safe and secure is nice, but just think of how accomplished you’ll feel when things are uncertain but you work them out?

Some people find it difficult to make new friends wherever they are. I’m putting my hand up as being in that group, because I err on the quiet side when I meet new people or am thrown into a group situation outside of work.

So making new friends was a daunting prospect when I moved. I think it can be more difficult in some countries and cities, just because of the culture and the way that people make friends where you are.

I found it difficult to make friends when I lived in London, but then I really didn’t go out of my way to join expat get-togethers or take up a hobby. So I see it as being my own fault/decision. In the US, it has been a lot simpler, and I find that people are more friendly.

Depending on your personality and how expensive your new home is, you’re probably going to want to get a roommate. This is a great way to start making friends and get to know your local area better. 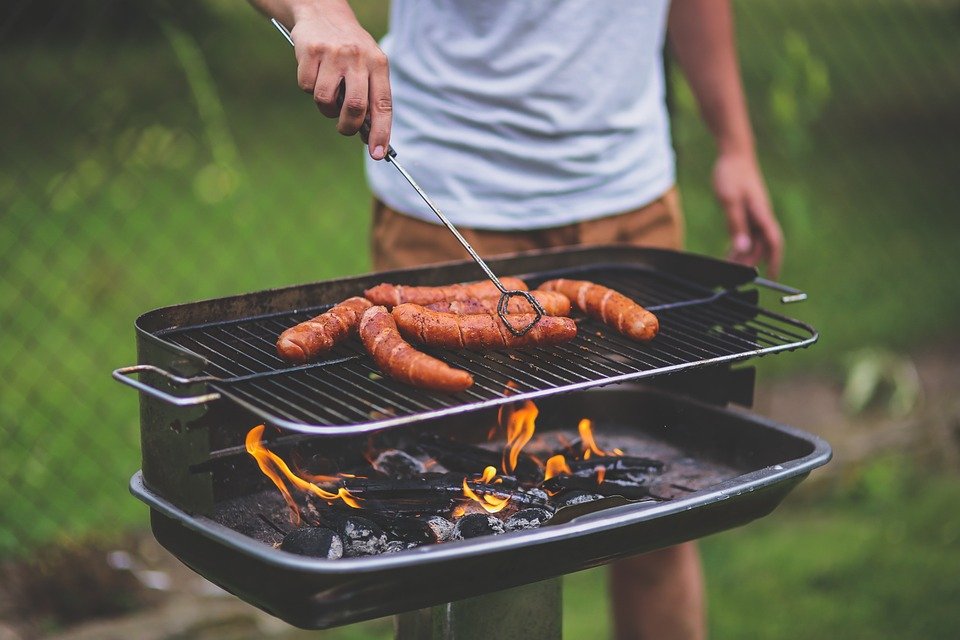 Use your roommate as a bit of a tour guide (but not too much, because that can get annoying).  They can also be a good sounding board when you’re not sure what the cultural norms are in your new city.

The best part about having  a housemate is that when the homesickness inevitably hits (and it will), you will feel less alone than if you were living by yourself in a totally new country.

7. Learn to depend on yourself

Things are not always going to go to plan. There’ll be hiccups along the way and when you’re on your own, you’re really on your own. It can feel a little overwhelming while you’re dealing with an issue or something that’s going wrong. But once you’ve worked it all out on your own, I guarantee you’ll feel like a million bucks.

Not only that, but you’ll have much more confidence in your own abilities. And you’ll know that if something doesn’t go exactly right, you can fix it yourself.

8. Live somewhere you can travel from

My first expat adventure was in London, back in 2008. London is a fantastic city to live in by itself, but when you add the proximity to the rest of Europe, it’s a no-brainer. 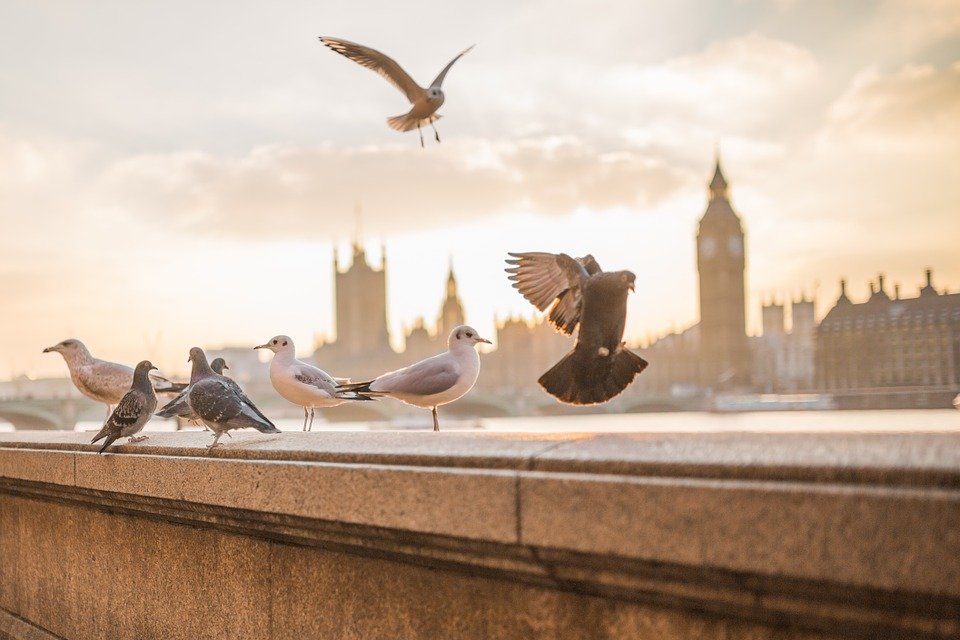 Want to catch the train to Paris for the weekend? It’ll only take two and a half hours to get there. Feel like a Florence getaway? That’s just a three hour plane ride away. I had so many adventures from my London hub that I could never have afforded from Australia.

The same goes for San Francisco though. There are so many amazing road trips to take in California. Add to that the proximity to beautiful US destinations plus the Hawaiian Islands.

9. Explore your own backyard

I’m totally guilty of not doing this when I lived in Sydney. Sure, I’ve been to the city numerous times, west to the Blue Mountains, and north to the Hunter Valley. But I haven’t properly explored Australia. Although I did live in Perth for a bit, so that might count.

Basically, moving abroad means you don’t have to spend heaps of money to see and experience new things. The place you’re in is brand new and different to you and each new place has a tonne of new things to see and do that you haven’t experienced before. You could fill a year of weekends just getting around local spots.

10. Experience life through a different culture

The differences aren’t so stark if you’re moving from one westernised country to another, but there is still a fair chance that you’ll experience a bit of culture shock. I know I did when I got to the US. 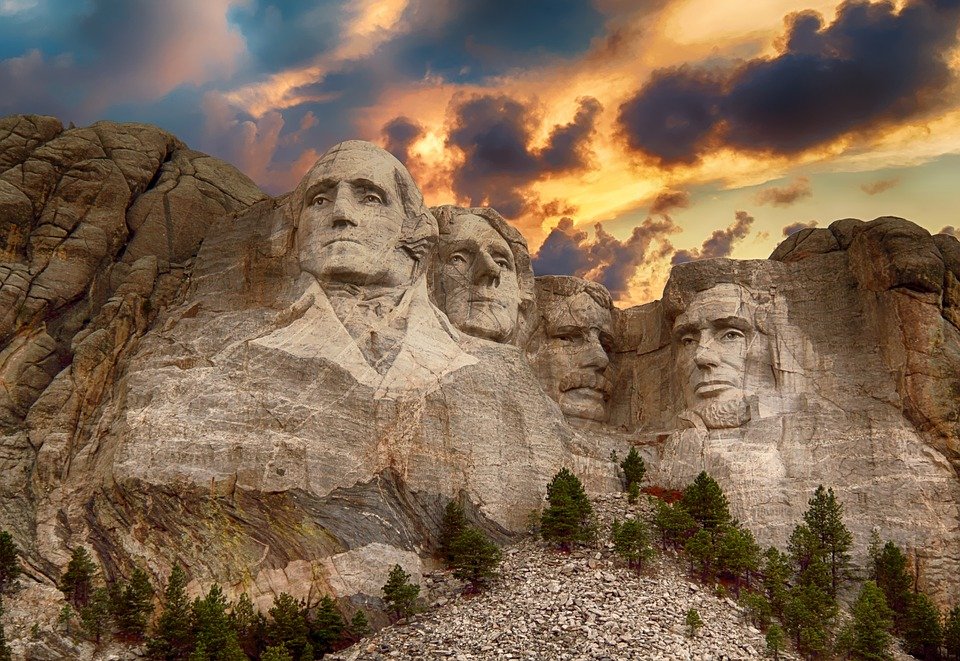 The great thing about learning about and living in a different culture, is that you start to see the world through another perspective that you may not have considered before.

Living as an expat definitely broadens your horizons and your world view and it’s an opportunity I’m glad that I took simply for that fact.

If you feel like you’ve made a few mistakes and want to start over, moving overseas is one way to do it. I’m not suggesting running away from your problems, because that almost never works. We’ve all seen the movies. That assassin is probably going to follow you.

This might be one of my favourite things about moving overseas. You get to celebrate new holidays and learn about new traditions. And, of course, create  your own! 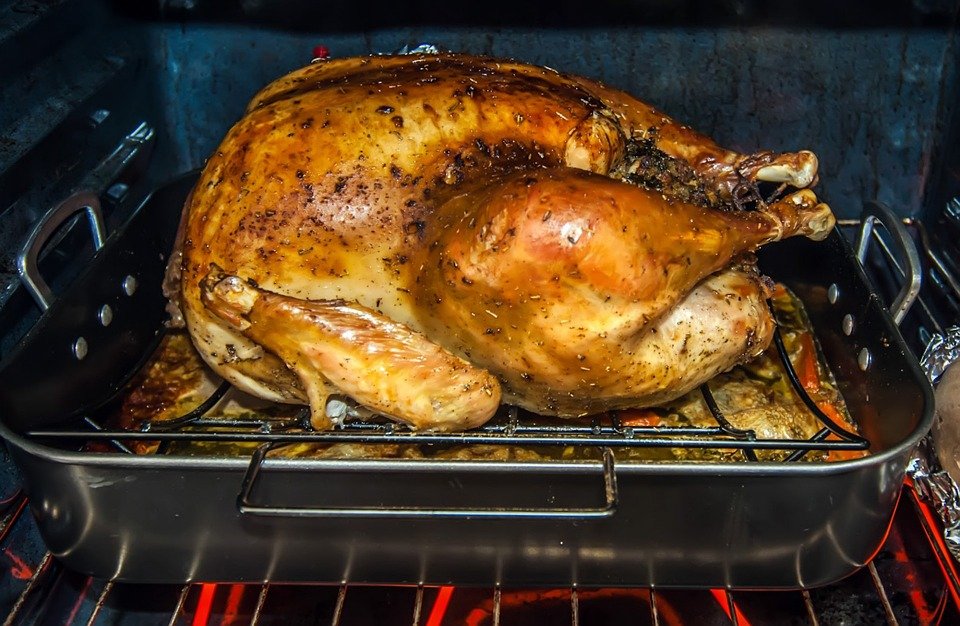 I’m all about checking out parades on the 4th of July, and having dinner with family on Thanksgiving. Two important holidays here that don’t mean a thing in Australia.

So there you have my list of reasons why it’s a great idea to bite the bullet and move overseas alone. Has the same leap of faith worked out for you? What do you love about expat life?