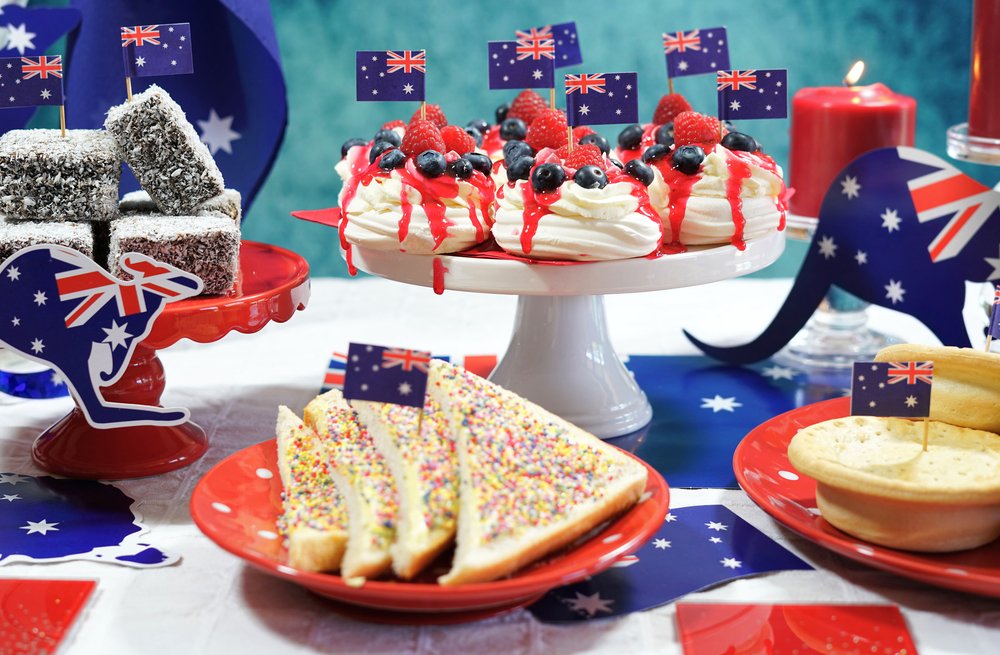 Americans have a special talent for making cuisines from other country their own. Usually by employing the use of a deep fryer and various condiments. It’s all about catering to the American tastebud, which seems to be big on saturated fat, salt, and a tonne of sugar (to wildly generalise). So when Aussie expats move over to the “land of the free and the home of the brave” they sometimes have to tweak tried-and-tested recipes to suit. Today we’re talking Americanised Australian food and drink. And there are some doozies.

Don’t get all uppity from the start – I’m not saying they’re all terrible just because they’ve been changed. Although, I wouldn’t touch some of them if you paid me to try them. I just find it interesting that the food we’ve known and loved for generations needs to be changed for another country’s consumption.

They’re a staple of chippies all over Australia – a battered and deep fried slice of potato, covered in more salt than a Canadian highway in winter. Because, for us Aussies, chips just aren’t enough, we need something more substantial to go with our battered fish. Note: In case you were wondering, yes, writing this is torture because I’ve realised I haven’t had a scallop in years and I need one now.

As you can imagine, scallops are the perfect food to introduce to the US – it ticks almost all the boxes! It’s probably what Australian Carmel Dyer was thinking when she started Australian Battered Potatoes back in the 80s and began touring county fairs. But of course, they had to be changed a little.

Enter the condiments and accoutrements. You can order these scallops with ranch dressing (I’m crying on the inside), cheese sauce (like they use on nachos here), sour cream and sweet chilli sauce, or you can go the whole hog (literally) and order your scallops with bacon bits, ranch and cheese. Aussies will be glad to hear that they offer chicken salt as well though.

When former AFL footballer Nick Stone moved to New York to pursue an MBA, he missed Australian coffee and Melbourne’s cafe atmosphere. So he decided to start his own coffee shop, that quickly became a chain with outlets in New York, Washington DC, California, and Pennsylvania (read more about his cafes and coffee shops, Bluestone Lane, here). 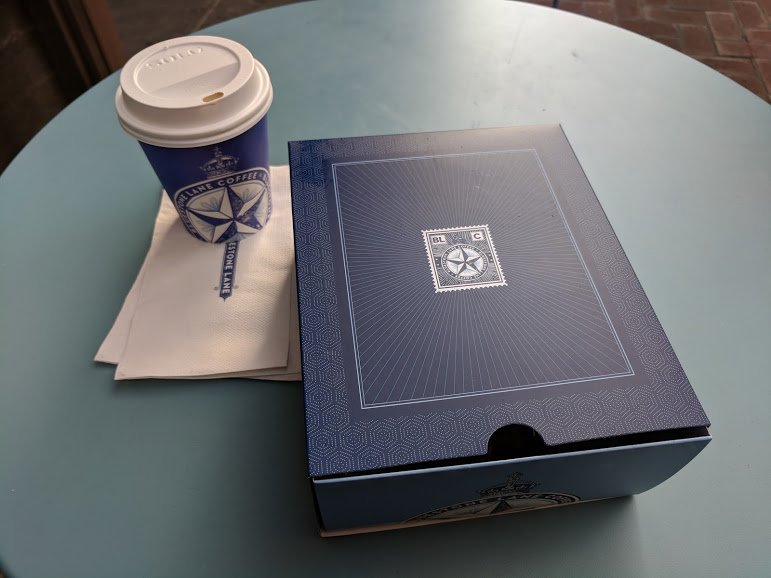 I didn’t think to take the lid off my latte for this picture. Or open my avo toast box. Amateur.

While you’ll never catch me disputing Australia’s coffee cred, the Americans weren’t so happy with Bluestone Lane’s chai offering in the beginning. Apparently us Aussie’s like chai latte’s on the spicier side of things, while Americans just want them sweet. So Bluestone Lane had to amp up the sugar content a bit to appeal to their new customers. I’ve tasted them and they still beat Starbucks’ offering by a country mile.

One of the most quintessentially Australian foods around, meat pie shops and market stalls seem to be popping up all over the US. Most of them offer the usual steak and gravy options that we tend to crave once we’ve been away from home for a year or so. But then there’s always the American market to cater to. A US pie shop can’t live off the money of Aussie expats alone.

Enter DUB Pies’ Breakfast Burrito, which isn’t a burrito at all. The Breakfast Burrito is a veggie option encased in the flaky pastry we all know and love. It’s got eggs, black beans, corn, sun-dried tomato, onion, serrano pepper and garlic. A decidedly non-Australian pie, but delicious sounding nonetheless. They’ve also got the Egg and Cheese pie, which is self-explanatory. Just in case your cardiologist has suggested more cheese in your diet.

First of all, no one should ever be microwaving a pie. It’s an affront to all things pastry. But if you’re in the supermarket aisle and want a pie, why not try Boomerangs? They really take the cake when it comes to Americanised Australian food. Sure you’ll find a steak and potato pie, but that’s about it when it comes to quintessentially Aussie pies.

Calling us cheesy? We’ll take that as a compliment.?? #macandcheesepie #socheesy #sundayfunday

They offer a Mac n Cheese pie, Pepperoni pie, a Tex Mex Scramble pie, Southwest Chicken pie, and the pièce de résistance – a Mac n Cheese and Ham pie. Talk about adapting to your market. I guess that’s why they’re in supermarkets around the country.

I want to give the owners of this next food truck a big hug, because even though they’ve tweaked the usual Aussie chicken burger a little, they still call it what it is – a burger, not a sandwich! If I’m ordering a chicken sandwich, I expect it to come out of the kitchen on sliced bread, not a burger bun. American menus are trying to trick me at every turn. I get it. American born and raised Tammy Shearer married Adelaide native Andrew almost four-years-ago. The western New York couple decided to jump into the food truck business to capitalise on Tammy’s 20 years of experience in the food industry. Their point of difference in a crowded market is that they run an Aussie food truck, called The Great Aussie Bite.

You can get a burger with the lot (including beetroot, but known as ‘beet’), which according to Tammy, took some time for their American customers to get used to. “The beets were different for many people. Many wanted their burgers without because their grandma made them eat them when they were little and now they hate them ?. With a little persuasion from the hubby most people get them now,” she said. But we’re all about the differences here, so moving on.

The Chicken Burger and Crumbed Sausage from the Great Australian Bite Food Truck.

I’d dare to say that The Great Aussie Bite’s Boomerang chicken burger is probably much better than the ones I’m used to at home, because their chicken cutlet looks like the delicious southern fried chicken you get here. Tammy says it’s crowd pleaser – ” Our Boomerang chicken [burger] is a bit different, I have heard from a few Australians living in the area, but non the less they love it our way and it is ranks right up there in sales with the other sandwiches.”

The Dagwood Dog orders elicit a bit of a chuckle form Tammy and Andrew as well. They’re listed on the menu as crumbed sausages, but are usually ordered by American customers as “crumbled sausage”. What’s in a name, I suppose. As may Aussie expats already know, finding a beef sausage in this country is nigh on impossible, so they use beef hot dogs out of necessity. Almost the same results, or as close as you can get round these parts.

You’re right, these aren’t Australian, they’re actually Vietnamese. But the company is Australian and they’ve selling in the US, so I’m taking a little poetic license here. Also, their take on the spring roll has a name that wouldn’t work at all back home, but it’s perfect for the US. I give you the Spurrito. (If you’re not thinking what I’m thinking, I won’t wreck it for you).

Over in Philadelphia, Alexander Sherack founded PaperMill – a food truck “hailing from the beaches of Australia”, according to its website. I’m such a huge fan of rice paper rolls, but I’m not sure how that translates to a burrito sized object. I’m sure they’ve got the engineering all worked out. They probably have load-bearing rice paper sheets to wrap their “burritos” in. I just can’t imagine it not being messy.

And that’s the gamut of my knowledge when it comes to Aussie food that’s been bastardised to meet American tastes. But you have to know about more out there in the wilds of the US. What Aussie food have you come across that’s been changed for US consumption? Let me know in the comments!

I’m off to dream about a sausage sanga and Iced Vovos. 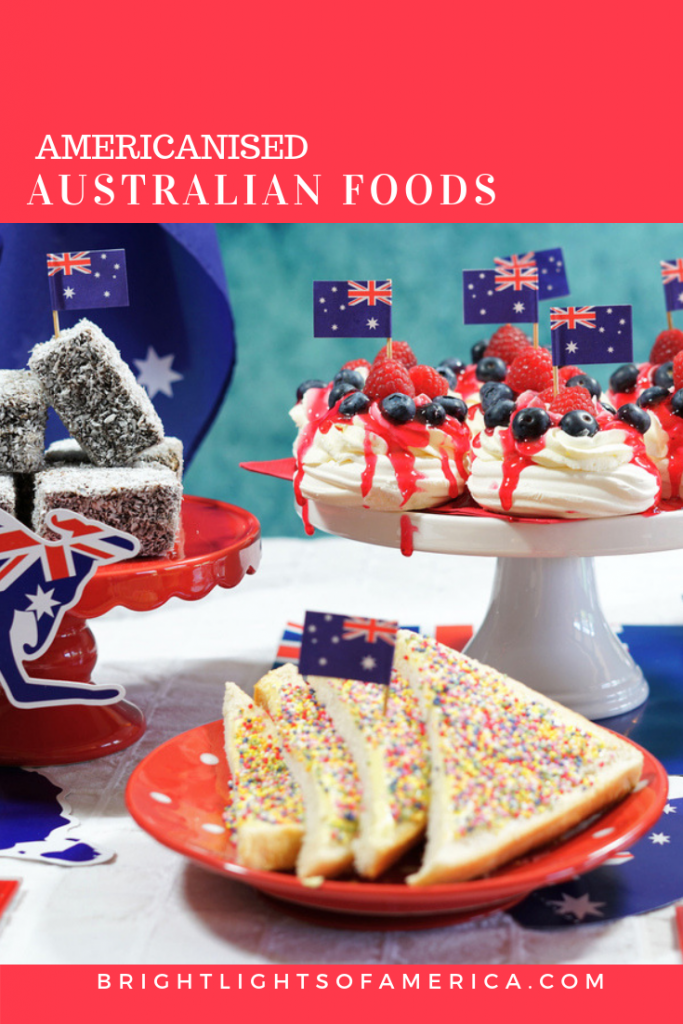