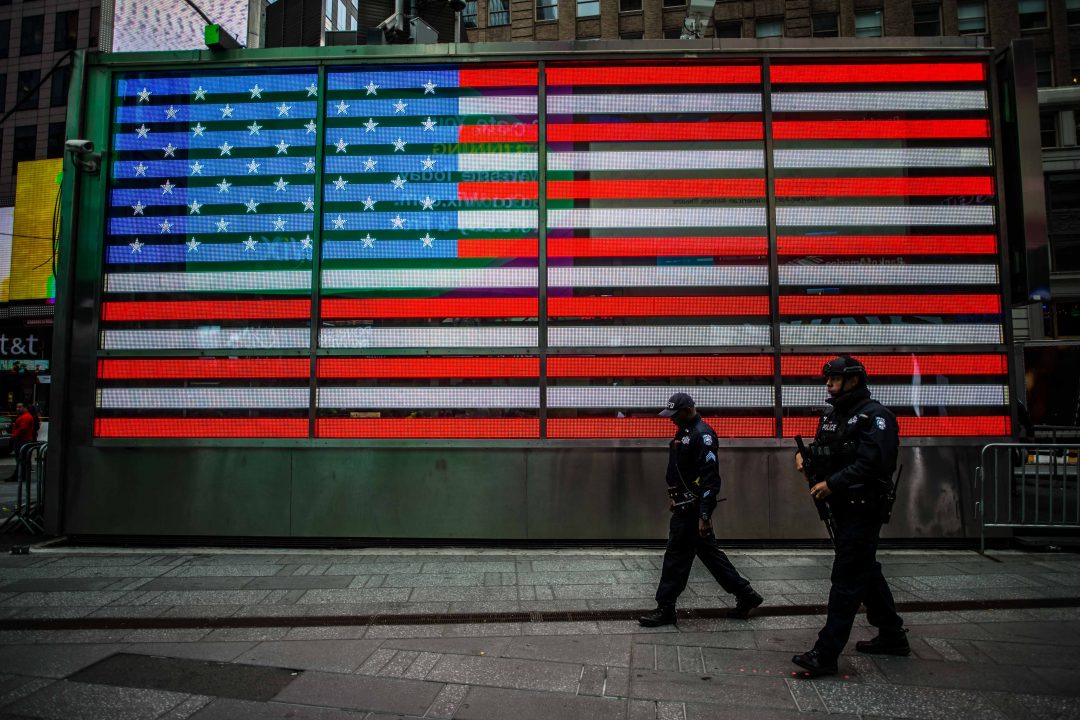 The prospect of getting a California Real ID over at the infamous Department of Motor Vehicles sent chills down my spine. Mostly because my expat experience of moving to California from Australia and jumping through all the hoops the DMV requires to get a driver’s license in this state, was diabolical.

But my license photo was the wrong side of ugly. To be fair, I was pretty angry by the time they finally took the photo. And for the past three years I’ve been embarrassed to show my ID because it represents me as “angry crowd member #1” like I’m in a high school play. And with the Federal Government bringing Real ID’s into circulation to “improve the reliability and accuracy of state-issued identification documents, which should inhibit terrorists’ ability to evade detection by using fraudulent identification”, it was time I bit the bullet.

This article is useful for those who are applying for their first driving license after moving to California from overseas, or renewing an existing California driving license. I applied for my Real ID when I recieved my license renewal letter, however, you can complete the process at any time.

What is a California Real ID? 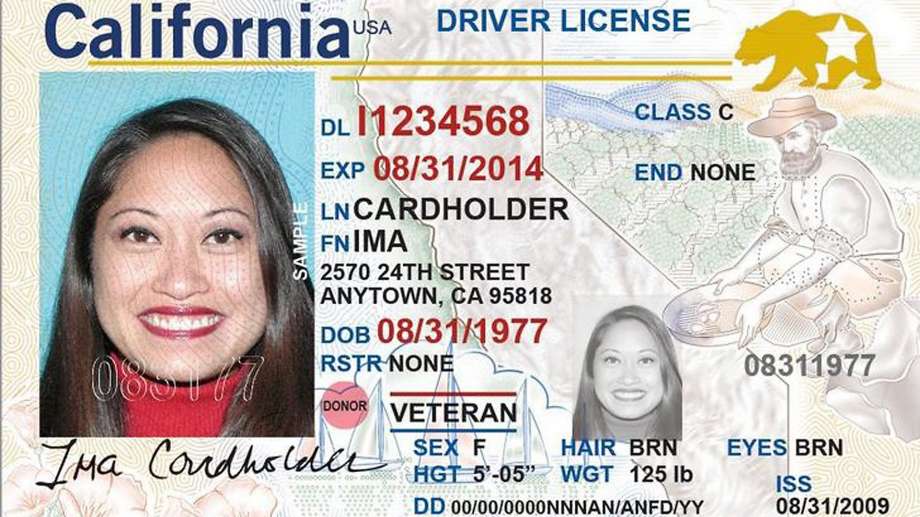 It might look just like your current driver’s license, but that golden bear in the top right makes all the difference.

Real IDs are the government’s way of ensuring that those who obtain this form of identification have all gone through the same security checks and balances, no matter which state they reside in. It was a reaction to the 9/11 terrorist attacks on New York’s World Trade Center, that Congress passed the Real ID Act in 2005 (yep, it took that long), to set these standards for state-issued identification. California is just now catching up and has begun a big push to transfer people to Real ID’s from a plain old driver’s license or identification card.

Do I need a California Real ID?

It’s not mandatory to have a Real ID. However from October 1, 2020, the security check in for domestic air travel (within the US) will no longer accept your plain driver’s license as a form of identification. Instead you will be required you to produce a Real ID, passport, passport card, or military ID to board a plane or enter certain federal government facilities.

In short, it’s the best way to ensure your domestic travel plans aren’t scuttled by a forgotten passport. It is not necessary for any other purpose, except to purchase firearms or ammunition in California.

I’ve never held a California driver’s license before. How do I apply for a Real ID?

If this is the first driver’s license you are obtaining in the United States, you’ll basically need to go through the motions of getting your driver’s license again, starting with a written test, and finishing with a driving exam. The forms you fill out during this process will allow you to stipulate whether you want a Real ID or just a normal driver’s license.

Please see Bright Lights of America‘s in-depth post that details everything you need to know and bring to the DMV for your written driver’s test. If you are now up to the actual driving test, congratulations on making it past the first round of bureaucracy! But you should probably read this post on the California behind-the-wheel driving test. It details everything you need to be able to point out to the examiner before you even begin driving, and some other tips you’ll need.

If you have held a driver’s license in another US state, you usually just need to go through the process detailed below, showing your proof of residency and out-of-state license to gain a Californian one. 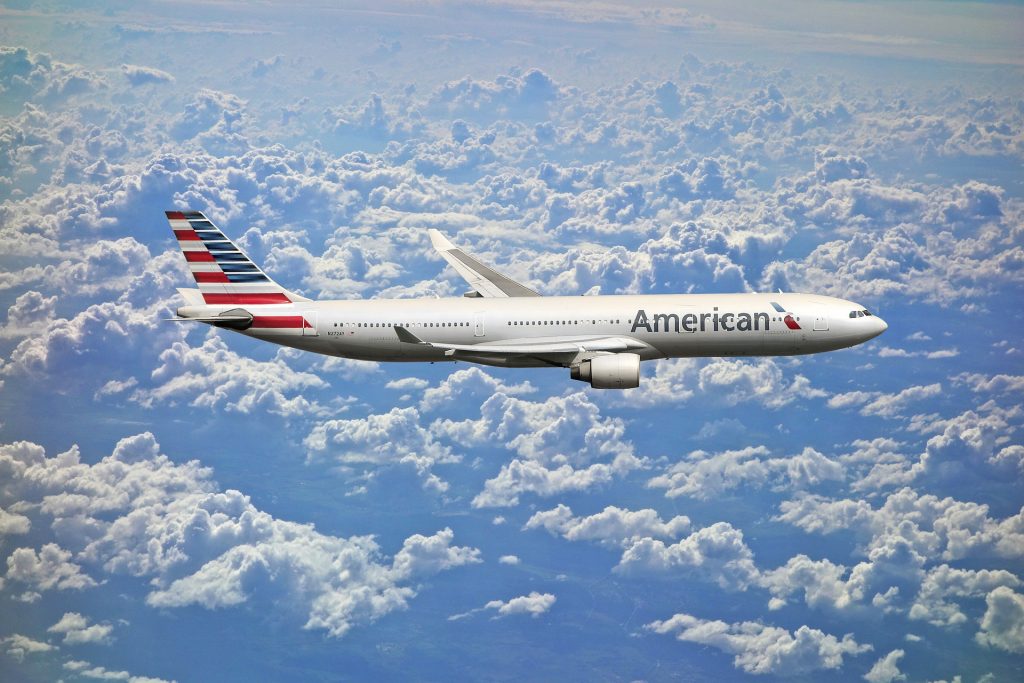 If you want to fly domestically within the US hassle-free from October 2020, you’ll need a Real ID.

We’re trying to make this process as painless and easy-to-understand as possible. So each separate step will be listed under a new subheading to make it all a bit more comprehensible at a glance.

Gather your documents for a Real ID

The whole point of this form of identification is to check that you are who you say you are, have permission to be in the country, and have a license issued to you. So you will need originals of whichever documents you choose from the list below.

Make an appointment or stroll right in

Lots of very smart people swear by maknig an appointment to do most things at the DMV. And you can certainly do that if you’re not running short on time. But be warned that you might have to look around for an office that has an appointment within the timeframe you’re looking for. Your best bet is to try smaller cities or towns with a DMV office. You can check each office’s availability online right here.

Since I needed my driver’s license renewed before the end of life as we know it, I decided to try my luck, arrive at the office early, and line up with all of the other plebs who didn’t have time to waste on appointments.Before you stroll into an office though, there’s one more thing you need to do.

Fill in your Real ID application

Get ahead of the curve and begin by filling out your application before heading to the DMV. Especially for those of you who are planning to arrive without an appointment scheduled, this will save you time and your spot in line. I didn’t realise there was an online form to fill in, so I showed up an hour before opening time and was 10th in line.

I WAS 10th in line. Then they took me inside to fill in a form that I was told not to fill out at home. Then sent me back outside… To the back of the line. I am now 30th in line. #DMVvisit2019

But about 20 minutes before opening, staff came outside and asked those who hadn’t filled in the online form to go inside and do so. Then we had to come back outside and join the back of the line, which was a little annoying.

Fill in the form online by visiting: eDLapp.dmv.ca.gov.

Line up for the concierge desk like everyone else, and staff will check that you have all of the documentation required and give you a number like at a deli counter. Except you’re not lining up for some thinly sliced Jarlsberg (mmm). Anyway, once your number is called it takes about 20 minutes to get through all the questions and enter your information into the system. Your eyes are tested, and name and address are cross-referenced 10,000 times, you pay $35 for a Real ID driver’s license and $30 for just the identification portion.

Then you join the photo line and get a shiny new picture of yourself taken for your new ID. No glasses allowed, and make sure you’re feeling calm and not at all cranky, so your picture turns out nicely. After that you’ll receive a temporary paper license while your proper one is processed.

Your Real ID arrives in the mail

I went to the DMV on February 15th and was told that my Real ID would arrive in the mail within two weeks. I received it exactly a week later, despite a few horror stories from other expats who have waited months and have had to return to the DMV to extend their temporary licences/IDs. 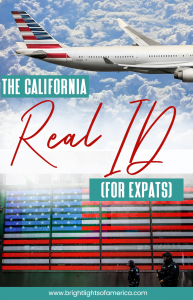