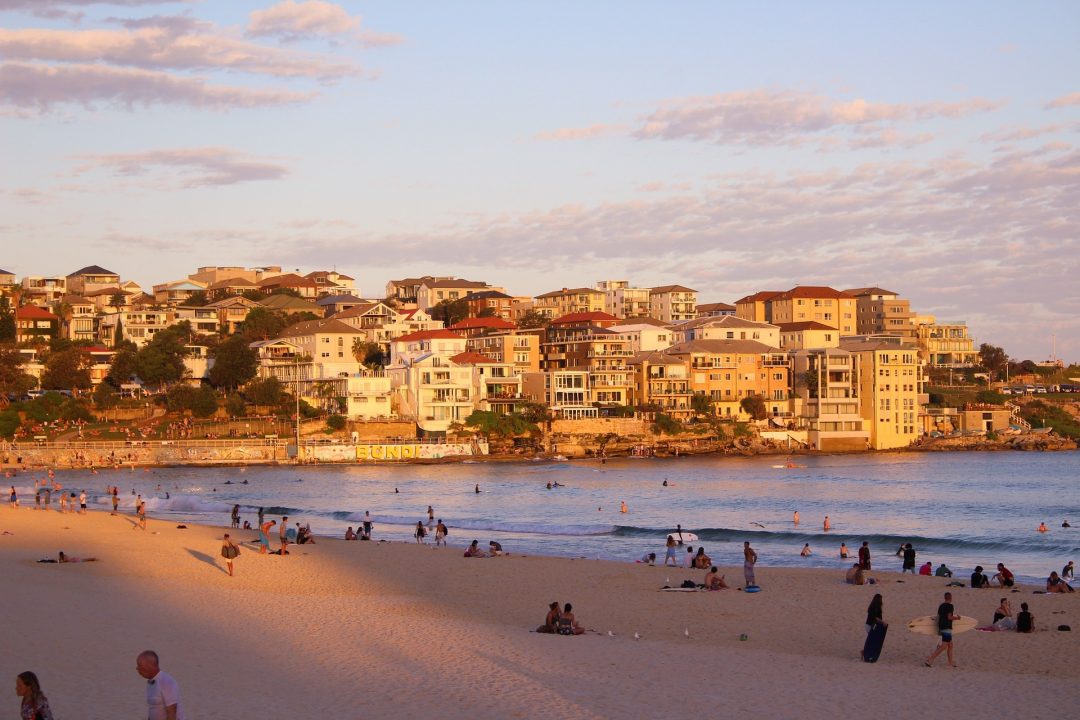 The Federal Government has made changes to Australian Capital Gains Tax for non residents that impacts Australian expats who still own a property back home.

At the moment, the Australian Capital Gains Tax rate is 12.5 per cent, and expats could be hit with it if they try to sell their home in Australia after these new tax rules come into affect on 1 July, 2020. Of course, there are a few finer points to understand with these new rules, so we spoke to Atlas Wealth ManagementManaging Director and Financial Planner Brett Evans. The business provides financial advice specifically to Australian expats living all over the globe.

Before we dive in, it’s important to note that the following information is purposely broad. It does not take all the intricacies of your personal tax or expat situation into account. So it is not advice specific to you. This post on Australian Capital Gains Tax for non residents and expats, is meant to give you a broad overview of what to expect.

Always seek professional financial advice if you’re unsure of the path you should take to best suit your own circumstances.

What is Capital Gains Tax in Australia?

Capital Gains Tax was first introduced and applied in Australia in September 1985. Basically, when you sell a “capital asset”, like real estate or shares, you either gains or lose money, compared to what you bought that asset for.

Those gains or losses in Australia need to be reported to the government on your income tax return, and you will be charged tax on any gains you made. Capital Gains Tax (CGT) applies to the sale of assets that were purchased after September 20, 1985.

This is where non residents come into the picture. As stated on the Australian Tax Office (ATO) website,  “Foreign residents make a capital gain or loss if a CGT event happens to an asset that is ‘taxable Australian property’.”

As far as this topic, and the ATO are concerned, the term ‘Australian resident’ means someone who is a resident of Australia for tax purposes.

In early December 2019, the Australian Government changed part of Capital Gains Tax for expats rules, to remove an exemption that many had used for decades.

Previously, Australians living abroad were able to claim an exemption from CGT on their family home, as long as it was not rented out for more than six years.

But changes by the Australian government have striped that exemption for Australian expats, and could mean that they will be hit with Capital Gains Tax if expats sold their Australian property while being a resident overseas.

But in early December the Federal Government finally passed through the Senate its $581 million plan to change CGT arrangements for people living overseas.

As Brett Evans from Atlas Wealth Management explains, it means some Australian expats will be slugged with the tax.

“In the past both Australian residents and expats could utilise a tax exemption on their current or former principal place of residence. The way this worked was that if you were to move from the property and rent it out (but didn’t purchase a new principal place of residence) then from that date up until six years later you could chose to sell the property and you would not be liable to pay Capital Gains Tax (CGT) under the Main Residence Exemption (MRE) to the ATO,” he said.

“Even if you sold after the six year period you were still entitled to a partial main residence exemption. Unfortunately this exemption has now been removed for everyone who sells a former principal place of residence in Australia whilst they are overseas, including Australian citizens” 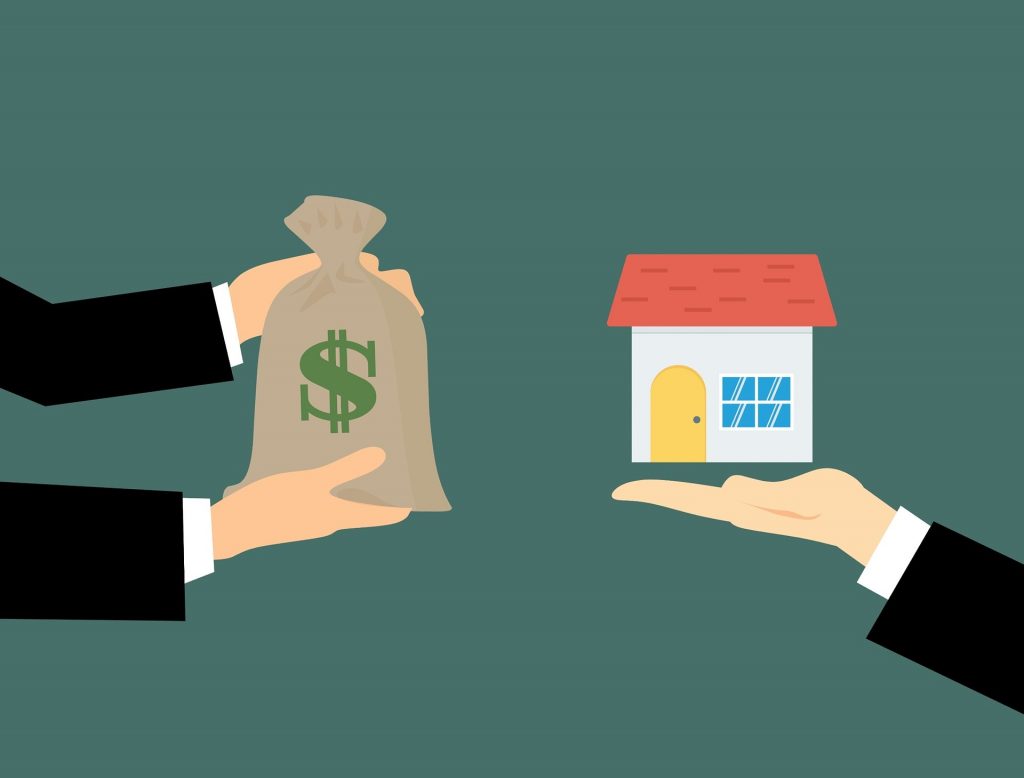 Don’t start panicking or planning your return to Australia just yet though. There is a transitionary period for some non residents to sell properties without being stung by Capital Gains Tax.

“Those Australian expats who purchased their property before May 9, 2017 will benefit from a transition period up until June 30, 2020. What this means is that you need to sign the [property selling] contract before the end of June to be able to access either a full or partial Main Residence Exemption, all depending on your time away,” Mr Evans said.

Unfortunately for those who bought their Australian property after May 9, 2017, there is no way to access a Main Residence Exemption, even if you sell before the end of June, 2020. Mr Evans said these expats “will be required to pay the full CGT on any gains at the non-resident marginal tax rate which starts at 32.5 per cent, up to AUD90,000”.

What about the “Life Events” exemption?

You may have heard that it’s possible to keep your Main Residence Exemption, under certain ‘life events’. That’s true for those who have only lived away from Australia for less than six years.

But to obtain full or partial Main Residence Exemption, you have to meet one of the following criteria:

a. You or your spouse has had a terminal medical condition that existed at any time during that period of foreign residency;

b. Your child has had a terminal medical condition that existed at any time during that period of foreign residency, and that child was under 18 years of age at least one such time;

c. Your spouse, or your child who was under 18 years of age at death, has died during that period of foreign residency;

d. The CGT event happens because of either divorce or separation involving you and your spouse (or former spouse) and there is a distribution of assets in a family law context.

Are the changes retrospective?

The government has said time and again that these Australian Capital Gains Tax changes for non residents are “not retrospective” because it only applies to homes that were/are sold after it first flagged these rules back in May 2019.

However, that arguement doesn’t pass muster in the opinions of many in the tax/finance industry, including Mr Evans.

“The new rules are 100 per cent retrospective. Under the legislation, your time living in a property in Australia, and your tax residency at the time is completely ignored, and your tax liability is calculated on what you do at the present point in time with no consideration to your historical living situation,” he said.

“Let’s take the example of a couple who bought a house 20 years ago in 2000 as a Australian tax resident. They move overseas in 2020 and in 2025 for some reason decide to sell their property.

Under the new legislation if they have made a capital gain (which over 25 years, you would assume so), and as they are signing a contract whilst living overseas, they will more than likely have to pay CGT on 25 years worth of gains at the non resident marginal tax rate.

Under the old rules their time in the property as a principal place of residence (20 years) was recognised and respected however now that is not taken into consideration.”

Final word from an expert

I finished off by asking Mr Evans what tips he had for those expats who currently have a Main Residence Exemption.

“Expats have been forced to make a financial decision now taking into account the future tax implications of something they may or may not need to do. If you have had a inkling about selling your former Principal Place of Residence, as you either may not have plans to move back to Australia, the property would not be suitable for you when you return in future years, or you are looking to relocate to a different city or state in Australia; then you may want to consider selling before June 30, 2020.”

“Should you decide to hold onto the property after the transition period, then you are able to resettle back into the property to access the Main Residence Exemption, so this may be another option for expats.”

“And if for some unforeseen reason you do sell your property whilst overseas after June 30, 2020 then don’t just assume that you have to pay CGT on the whole amount. Seek financial advice from a specialist, as there are a number of strategies that you can use (like a concessional contribution strategy or catch-up concessional contribution strategy) that may soften the blow.” 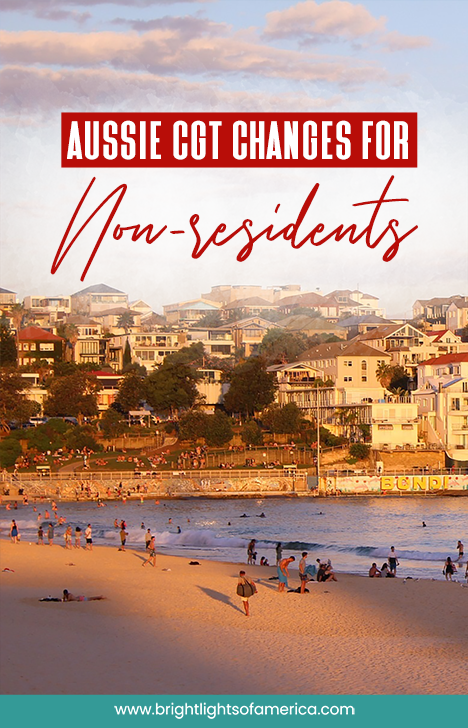