Donate to Australian bush fire relief from the USA 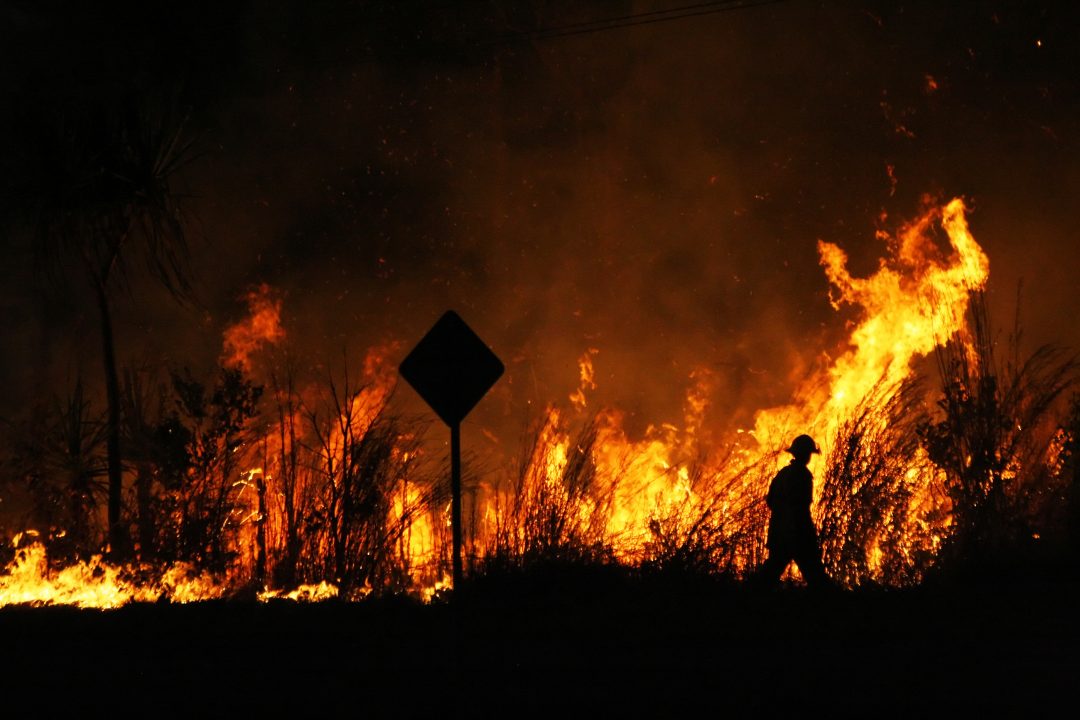 The devastating bush fires that are ravaging Australia have been burning for months now.

At the time of writing this post, 23 people have been killed in fires across Australia since September, and six people are still missing in bush fire affected areas of New South Wales and Victoria.

The combination of drought conditions and winds that are changing rapidly, are fanning the more than 200 fires burning across the country.

Apart from the dangerous and sweltering heat, the fires are whipping up their own weather systems. In some places they’re causing lightening strikes that are starting new fires.

Our hearts are aching.

Aching for this beautiful country we are watching turn to ash before our eyes.
For the people who have lost their lives, and the families left behind.
For the hundreds of millions of native animals who never stood a chance. #AustraliaBurning [thread ?] pic.twitter.com/RRgv7gGFsh

An estimated 1,400 homes have been destroyed in New South Wales, but that’s just an estimate at the moment. Some fire-ravaged areas are too dangerous to go into for a count to take place.

DONATE TO AUSTRALIAN BUSH FIRE RELIEF FROM THE USA

All of these numbers are horrifying, but they can also be mind boggling at the same time. How do you envision 14.6 million acres of land? It’s twice the size of Belgium.

Just one of the blazes – a combination of three fires in the Omeo region of Victoria – is as large as Manhattan.

Expats all over the world are looking for updates from loved ones and friends, and feeling helpless. The New South Wales Rural Fire Service (RFS) and Red Cross Australia have asked for donations of money to assist.

But many donation portals require an Australian address to make a donation. Here are ways to donate to Australian bush fire relief from the USA.

The Australian coffee chain, with 48 locations on both the east and west coast of the United States, are running a few fundraisers for to aid Australians doing it tough in the bushfires:W

Based in the USA, the Friends of Footy Fire Relief fund is a joint effort of the  Supporters of the USAFL & AFL / Australian football in the USA community and Australians In The USA / Australians in America USA (Aussies International).

The group encourages running 10,000 miles to raise $10,000 (about the distance between the US and Australia) for fire relief. Anyone can join the effort by running, walking, swimming, hiking, rowing, biking or whatever it is you do to stay healthy. If you have Strava, link up here to record your mileage.

Encourage your friends in the US to support your efforts by donating via the GoFundMe page.

Money raised will go directly to the NSW Rural Fire Service. More details on this effort via the Facebook group.

You can donate via credit card, and an Australian address is not needed for your donation to go through.

“Helping people who have been affected by disasters is really important to all of us and I’d love your support,” Jay’s campaign page says.

The Australian Community is a non profit organisation based in New York City. It was given charity status in 2014 and generally helps to connect Australians living in the USA, through social, professional and charitable initiatives.

It’s #KoalaGiving campaign is currently raising money to go towards its Disaster Relief Fund, which will provide aid to those affected by bush fires.

The RFS is the world’s biggest volunteer fire fighting service, and it covers about 95 per cent of New South Wales. Not only does the RFS deal with house and bush fires, it also lobs up to motor vehicle accidents and helps when storms damage property.

Donate from the USA using this website, and entering “other” into the “State” field.

The Red Cross in Australia currently has a section on its website that allows those affected by bush fires in NSW, Western Australia, South Australia, and Victoria to register and mark themselves as being safe.

You can also visit this page to find out if your friends or family are safe, which may be useful for expats who can’t get in touch with loved ones back home.

Donations to Red Cross Australia have so far funded:

Donate to Red Cross Australia here, US addresses work through this portal.

The Victorian Government has teamed up with Bendigo Bank and the Salvation Army to run its bush fire appeal. It has promised that 100% of money donated will “go directly to communities in need”.

“The appeal is dedicated to providing practical support as impacted Victorians begin to rebuild their lives,” according to the website.

Those outside of Australia must email foundation.mailbox@bendigoadelaide.com.au for instructions on donating from overseas.

The South Australian government uses the State Emergency Relief Fund to assist those in the state when disasters occur. It is handed out by a body independent of the government.

“The SERF Committee is independent of government and is responsible for the fair distribution of 100% of the funds to those most in need,” according to the website.

You can make an electronic transfer to the fund with the following information:

Email DHS.SERFDonations@sa.gov.au if you require a reciept for tax purposes.

The Country Fire Service Foundation provides immediate financial assistance and care to CFS volunteer fire-fighters and their families to offset suffering and distress caused in the line of active duty. This financial assistance goes to those volunteer fire fighters who have suffered through death, injury, loss, or damage or property while serving.

To support the Rural Fire services within the state of Queensland, you can donate online here. Money raised will go to buying tools and resources for the fire service in Queensland.

There is a minimum donation of $10 online. To donate from the USA, choose “USA” as your country and leave the “State/Territory” field blank. You do not need to fill in the “Transaction ID” or “Customer ID” fields.

Known colloquially as Vinnies, St Vincent de Paul Society is a Catholic organisation run by lay people. It works to help those in need and to combat social injustice.

It’s Australian arm is running a targetted bush fire fundraising appeal, to show you exactly where your money will be spent:

You can also donate any amount you would like here.

The animal rescue organisation, Wires, was already dealing with animals that are struggling because of a lack of water and food because of drought conditions.

Now that fires have destroyed so much of these animals’ habitats, food shortages are even more dire, and will pose long-term problems for wildlife that managed to survive the bush fires. There is severe starvation in Queensland flying fox colonies, and koalas and grey-headed flying fox numbers are dwindling.

You can donate to the Wires emergency fund here.

You can also “adopt” an animal affected by bush fires through a few different organisations.