11 best junk foods in the USA 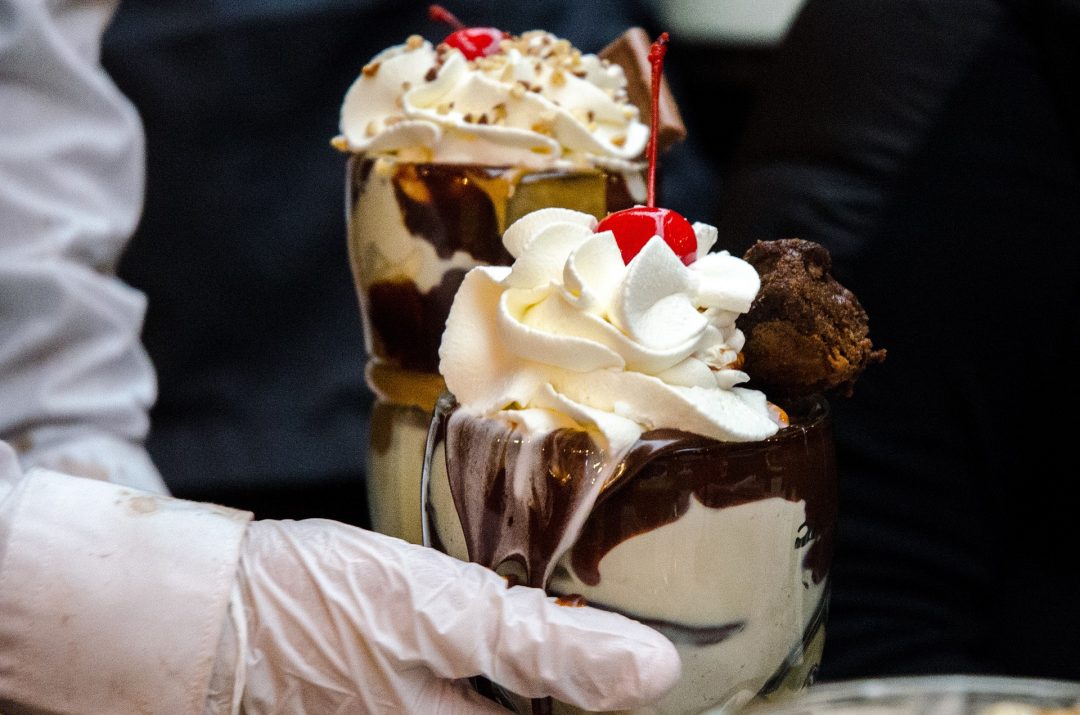 Regular readers of Bright Lights of America already know that I spend a fair whack of my time whinging about how terrible junk food in the US is. Namely the chocolate. I don’t understand how anyone could enjoy Hershey’s.

I may have misrepresented the array and quality of junk food on offer here, so it’s time to remedy that situation. I didn’t even mention them in my post about the best things in America! Some of these I’ve tried and some I’ve been too scared to give a go. You’ll see why shortly.

Peeps were first introduced to me at Easter time 2015. It took me a year to gather up the courage to try them out. They’re basically the king of sugary junk foods – you couldn’t cram more sugar in if you tried.

Made of marshmallow and shaped into animals like chickens and rabbits, peeps are often fluorescent in colour and feature a coating of granulated sugar on the outside. Just for that added crunchy texture.

The quintessential American junk food, I’ve been reading about mac n cheese in American novels for years! And I’m really glad that I only tasted it for the first time a few months ago because it’s addictive. Also I’m slightly lactose intolerant (is that even possible?). 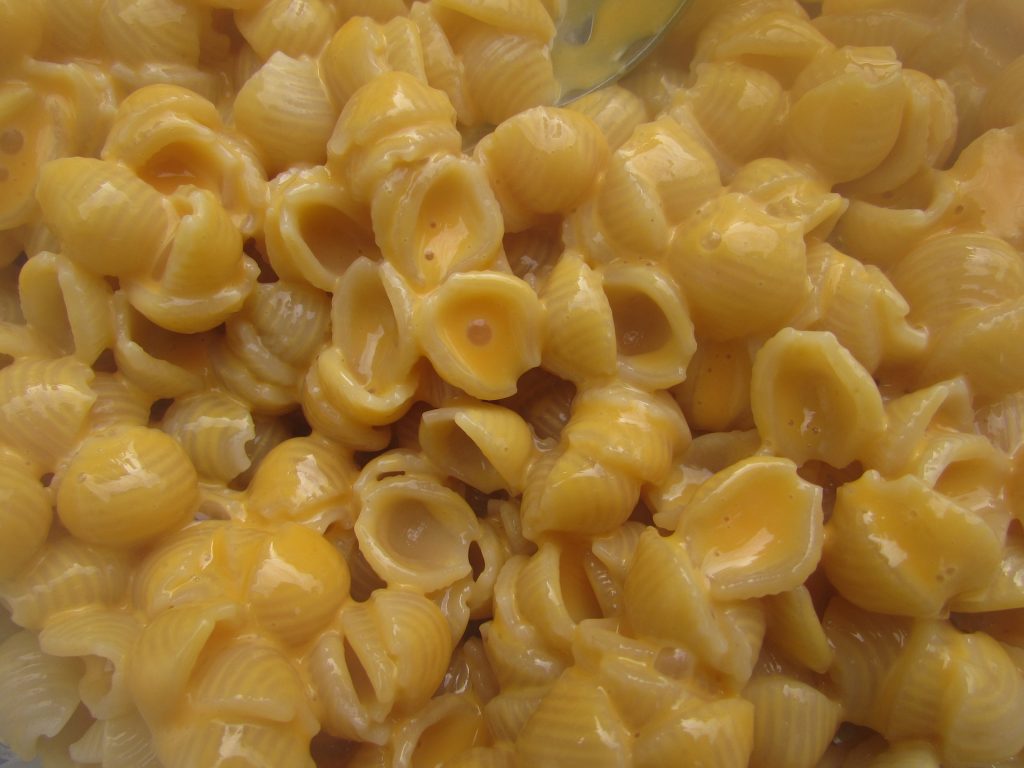 If you’re a little grossed out by over-the-top unhealthy foods, look away now.  Mr M refused to let me sample this delicacy out of a box, so he made me his family’s version of Mac n Cheese. With three different types of cheese. And some bacon. That stuff is deadly and delicious.

I’m limiting us to once a year.

Another form of American junk food so classic that they feature in all books with a camping scene. No camping trip is complete without building smores over the fire. 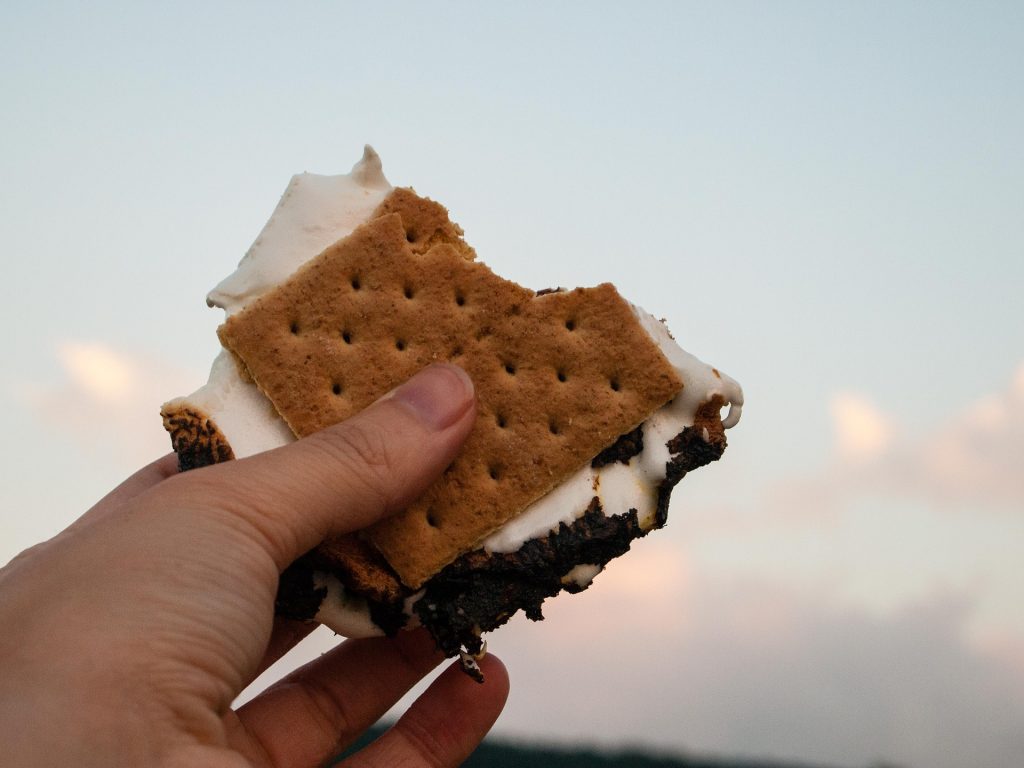 Once again, Mr M came to the rescue! They’re made from toasted marshmallows sandwiched between graham crackers, with a piece of chocolate for good measure. I wonder if you could toast a peep and use that? Anyway, I highly recommend Ghirardelli chocolate for this exercise in gooey goodness.

Burger anyone? To be honest, the burgers here don’t seem to stack up to the ones at home for me. They need beetroot and pineapple and buns that aren’t sweet as lollies. 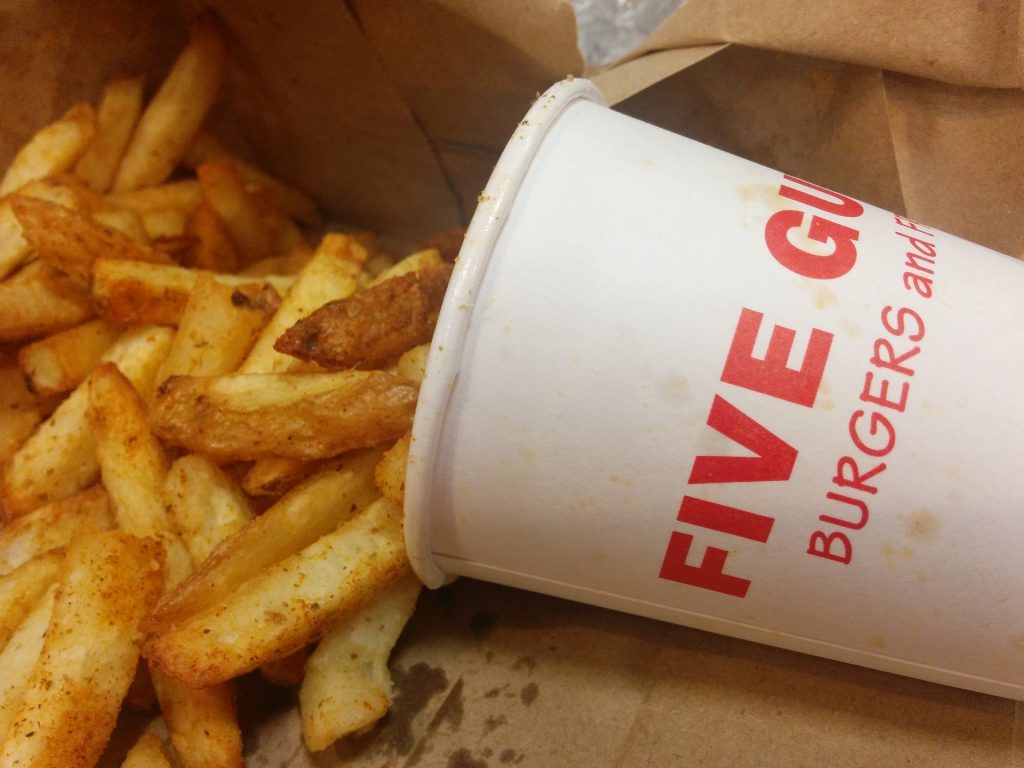 I will make an exception for the Five Guys burger chain. Their burgers are pretty good, but I’m really there for the fries. They don’t quite stack up to O’Porto or Nando’s but they’re pretty darn good in any case. I will snack on them whenever I’m looking for a carb-hit.

When my colleagues heard that I didn’t know what It’s-It…’s were, they were mortified. I was directed straight to the company freezer for a taste test. 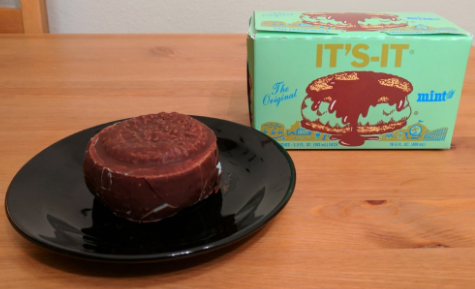 It’s-It’s are slabs of ice cream, sandwiched between two biscuits (aka cookies), covered in chocolate. Apparently it’s a San Francisco tradition, started by George Whitney in 1928. So you’re learning history and enjoying a cool treat.

I have to say it that way because my only reference for Triscuits comes from the movie Billy Madison. Please see this helpful YouTube clip for reference:

Anyway, it turns out that the movie’s accurate. Triscuit crackers are delicious and they kind of remind me of the Mini Wheats cereal. In looks, not taste. They taste like salty awesomeness and come highly recommended on my list of things to snack on while watching terrible movies on Netflix.

You can get Ben & Jerry’s almost anywhere in the world now, but they still call the US home. The thing about Ben & Jerry’s is that I can never find my favourite flavours when I want them. They’re too popular, and there are heaps of flavours. 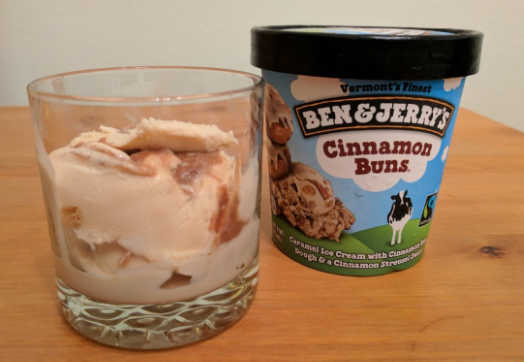 Also, they are dangerous. They come in pint-sized containers. I challenge you not to eat the whole thing in one sitting! You can’t do it, it’s impossible!

I’m a veggie pizza girl from way back. Give me a slice with mushroom, capsicum (red pepper) and olives and I’m in heaven. 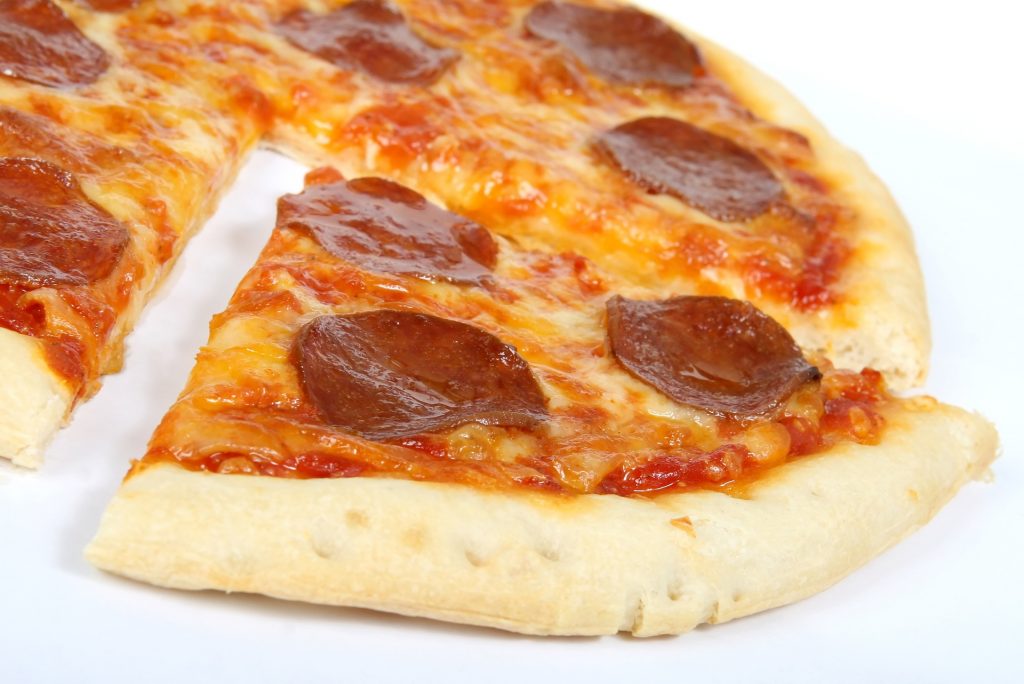 That was until I moved to San Francisco and I began adding pepperoni to my vegetarian pizza order. When I’m making my own pizza, it’s gotta have salami on it. When I’m ordering from the local pizza shop though, it’s got to be pepperoni (since salami doesn’t seem to be a pizza topper here.

An exception to the “no American chocolate” law of 2015. I stick by this law with military precision. If it’s American chocolate, or the American version of British chocolate (Cadbury’s I’m looking at you), I don’t want to know about it.

Ghirardelli’s is normal chocolate though. It doesn’t have a strange after-taste and doesn’t seem like it’s sweetened with corn syrup – my arch nemesis additive.

These chips are the real deal junk food. Not only are they not especially good for you nutrition wise, they’re also burning holes in kids stomach’s. 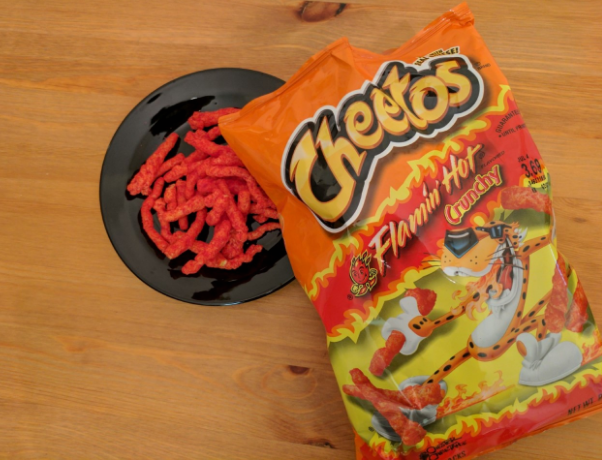 They’re banned in some schools and have sent kids and adults (I’m looking at you Lisa) to the emergency room with fancy conditions like peptic ulcers, erosion and inflammation of the stomach lining. No I haven’t tried them. Nor will I. Good day sir!

Those sweet girls camped outside of grocery shops for a couple of weekends each year are purveyors of delicious sugary treats. 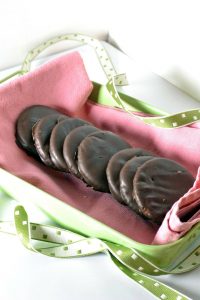 Girl Scout Cookies. How can you resist? It’s for a good cause after all! Little Michelle is learning camp survival skills (I imagine) and how to tie important knots so that when she goes to college she can properly secure that load of stuff she’s moving.

My fav’s are the choc mint ones. But only because the remind me of Australian biscuits called Mint Slice. *drools* 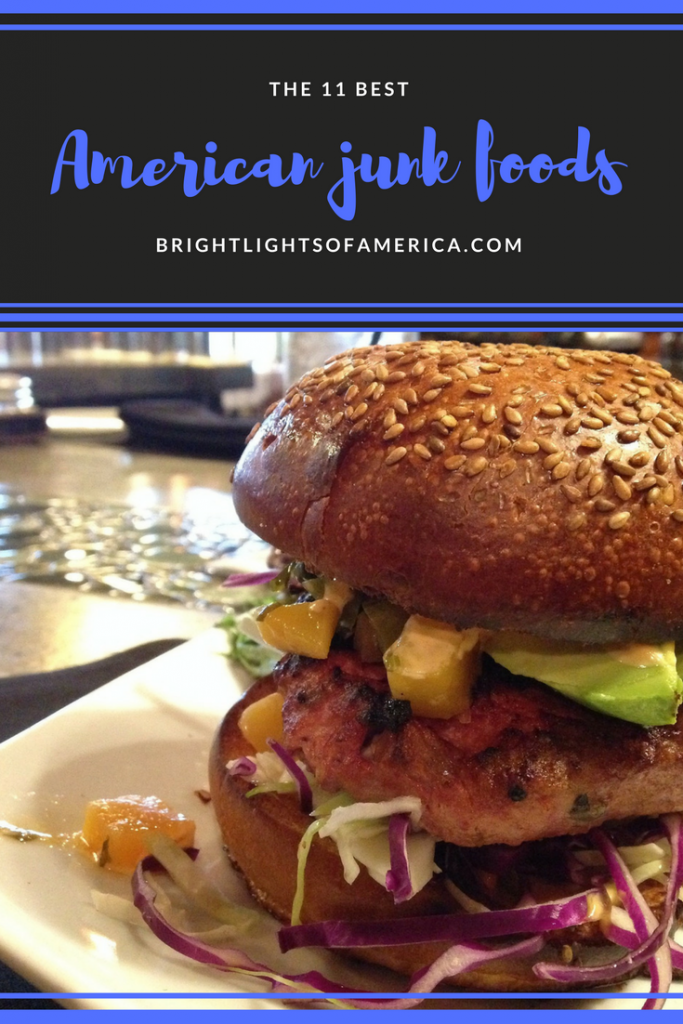 Now it’s your turn! What are your favourite American snacks and junk food?