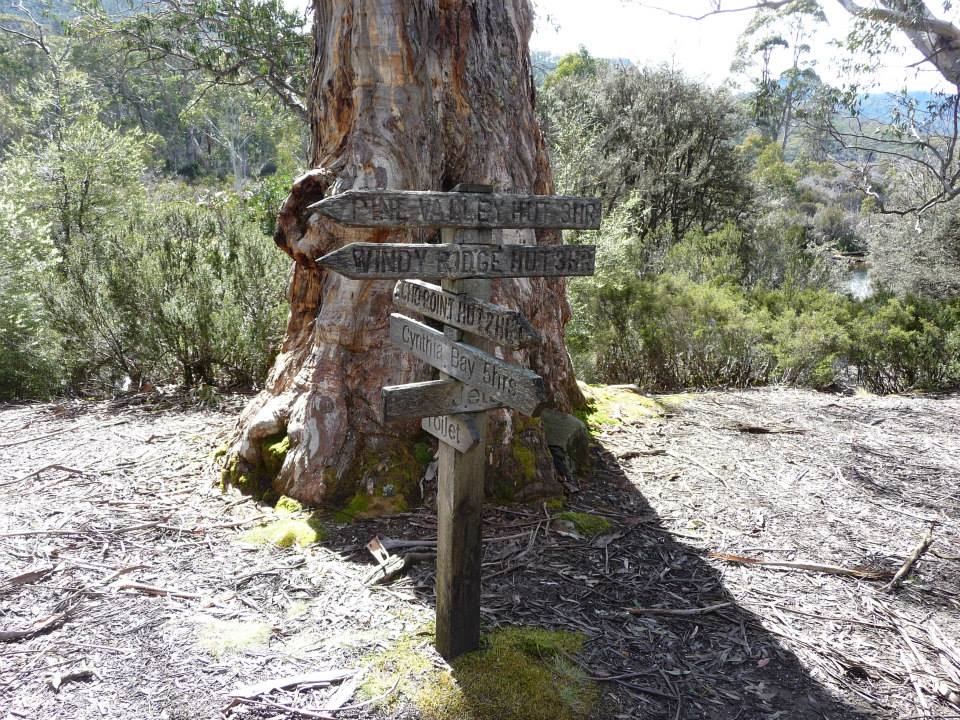 shares
Tasmania’s Overland Track is not for the feint-hearted. It’s 65 kilometres of hiking – sometimes it feels like we were just hiking uphill to go down and then up again. I know that nature doesn’t really have any regard for my legs and feet, but I wouldn’t have minded a few more flat kilometres on the trail.
It’s safe to say that day three was not my favourite. Traipsing those 17 kilometres through rain that was horizontal at times, and driving wind that chilled to the bone was not my idea of fun.
But waking up on day four to see the sun creating shadows on the tent was enough to make me grin like an idiot while slipping into my decidedly damp socks. Oh, I didn’t mention that? Parts of the track were submerged in water and like the nursery rhyme goes, we had to go through it. So our all of our socks were soaked by the time day four rolled around. There’s nothing quite like the squelchy feeling of slipping into cold, wet socks. 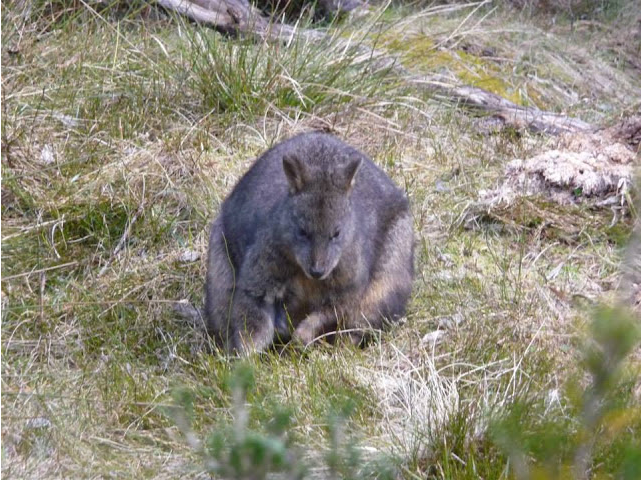 It’s sunny though, so who cares? That sun puts a spring in your step. It makes your backpack lighter. That’s a scientifically-proven fact, in the laboratory of my mind. You get to take off so many layers and notice so much around you.
Day four was a dream and it went by in a flash because it was so lovely. We saw more pademelons, echidnas and lots of beautiful birds. Of course I needed to get inside a hollow tree-trunk, along with the spiders and all the bugs.Hence my supremely uncomfortable posture. 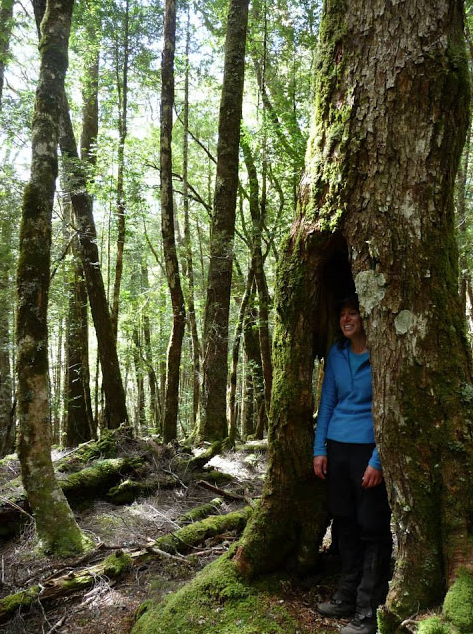 By this stage, we’re all dreaming about what we’re going to eat once the hike is done. Everyone’s dreaming of steaks and burgers, chips and chocolate. Our guides seem to be culinary geniuses though. To this day I don’t know how they pulled off cooking for the ten of us every day and making delicious meals after full days of walking with heavier packs than we had. 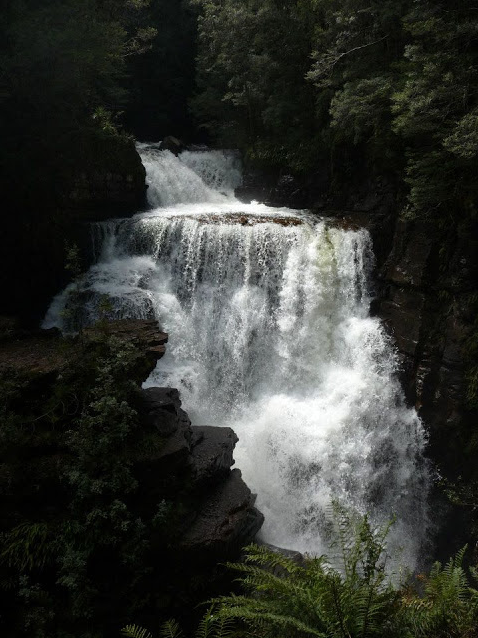 Day five was probably the most spectacular day by far. It was waterfall day and there were no shortage of falls to visit. We hit up Fergusson Falls first, and we could have swum if we were really desperate for a shower but we’d have to brave the freezing water. Fergusson Falls is named after a former Lake St Clair ranger. It’s a popular stop on the trail because of the spectacular photos you can get. 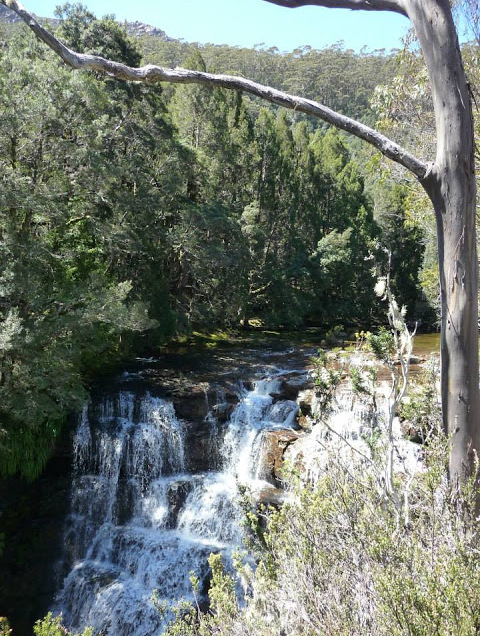 We also visit Hartnett Falls, named after an eccentric Irish bushman named Paddy Hartnett. The bowler-hatted Paddy was one of 14 children and took people through the bush around Cradle Mountain in the early 1900’s. He was a charismatic guide, hunter and bushman, but alcohol was his undoing. 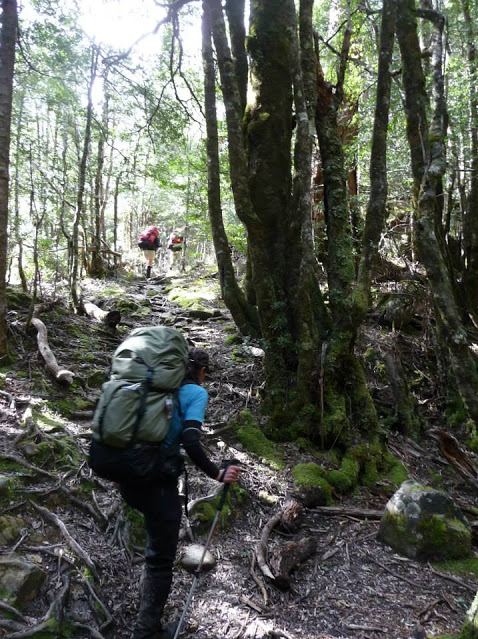 For our last night we camp at Windy Ridge and go exploring while our dinner is cooked. I’m excited to get to Dove Lake on day six and head off at the front of the pack for the relatively short trek to the end. We were warned that most injuries happen on the last day because people are tired and happy to almost be at the end of the track.Of course I feel the need to prove the guides right on this last leg. Even with my hiking poles I tripped over a tree root and went for an amazing tumble, ending up like a beetle – stuck on my back on top of my pack flailing around helplessly. It was funny more than painful and I was very lucky that Third Brother was feeling generous enough to help me back up. Luckily by that stage, there was no food left in my pack so nothing was harmed. 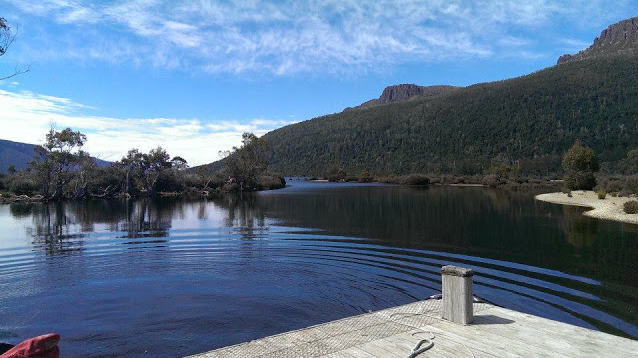 It was such a relief to finally make it to Dove Lake – a beautiful, crisp, calm lake that’s as gorgeous as it is deep. Lying on that jetty waiting for the boat to pick us up was great but I was absolutely itching for a shower.All in all, The Overland Track was a fantastic experience that I’d recommend to anyone wanting to take on a challenge. Don’t let your fear hold you back. 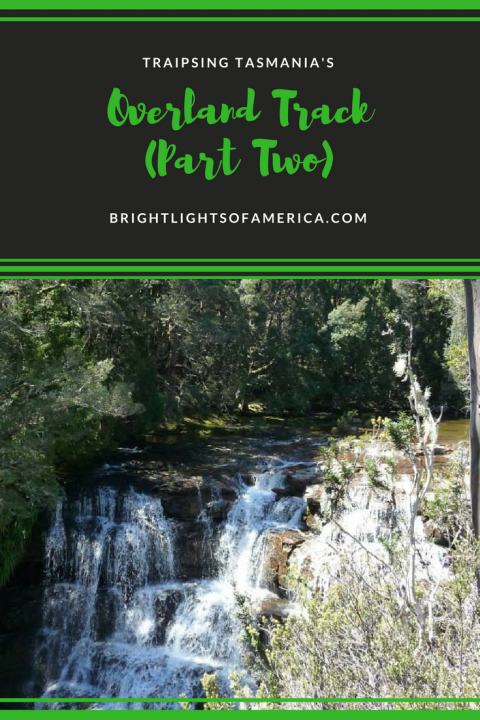 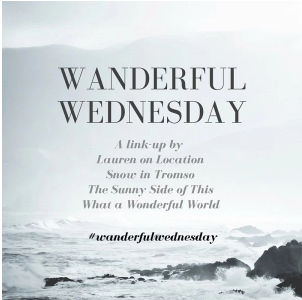 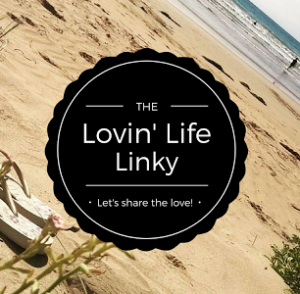 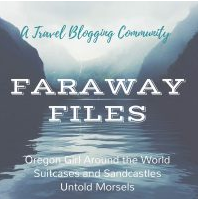 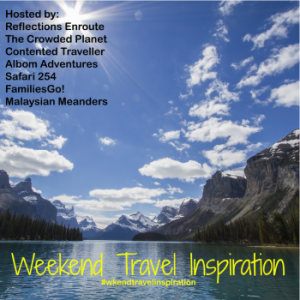