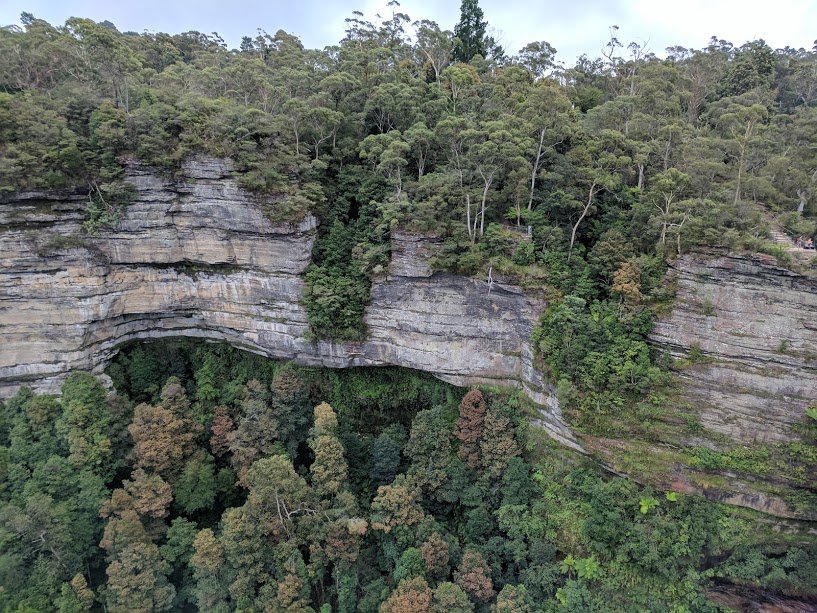 So if you want to feel like you’re adventuring where no man has gone before, whilst simultaneously trying not to freak the hell out because you’re sitting straight up BUT STARING OUT OF THE TRAIN ROOF, get yourself to Scenic World.

It’s nestled between the iconic Three Sisters rock formation and the town centre of Katoomba. You can probably guess the premise of Scenic World pretty easily – it’s all about the views.

Scenic World looks out onto miles of World Heritage Listed Blue Moutains bushland, over cliffs, onto the Kedumba River, and is close enough to the beautiful Katoomba Falls that make the area a must-see. 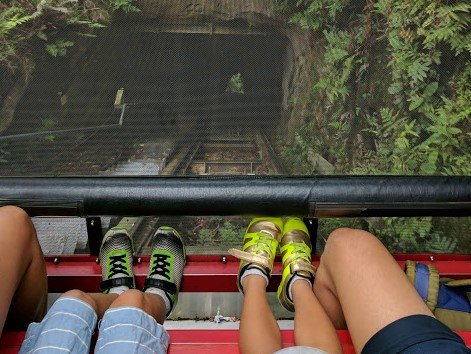 But back to the railway. We lined up behind a family with two young boys – one looking fairly anxious and the other full of beans. After a nice chat with the staff they were ready to roll. I, however, wasn’t particularly enamoured by what looked like a sheer drop into a dark tunnel.

The view was worth a bit of heart-pounding adrenaline and the Indiana Jones theme playing over the PA made it that little bit more exciting. But you came here for the pictures, didn’t you? Well, here they are… 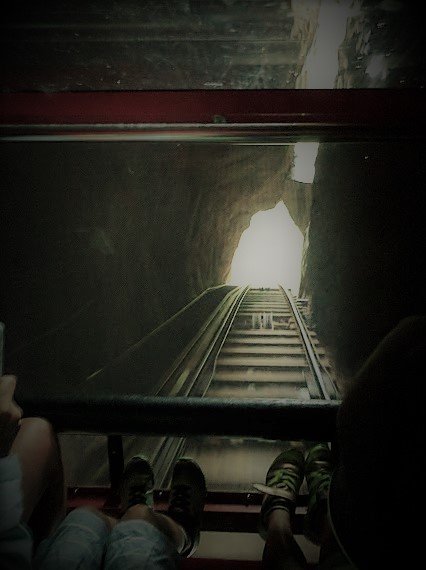 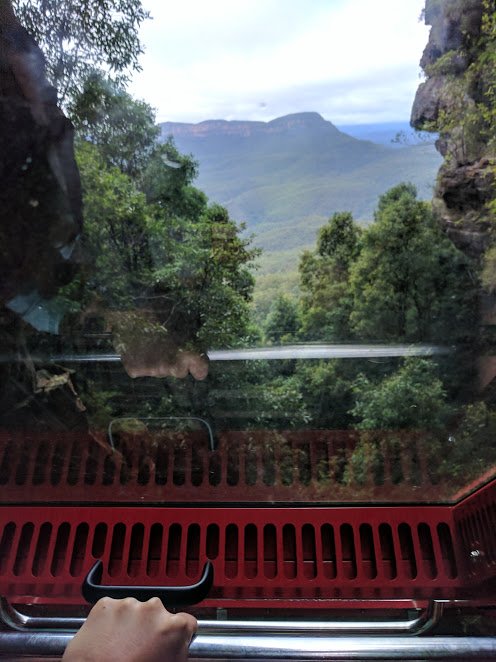 That’s my hand being a fraidy cat. And the window you’re looking out of there, is actually the roof of the train, so you can imagine what angle we’re at here. A frighteningly steep one, but also an awesome one. 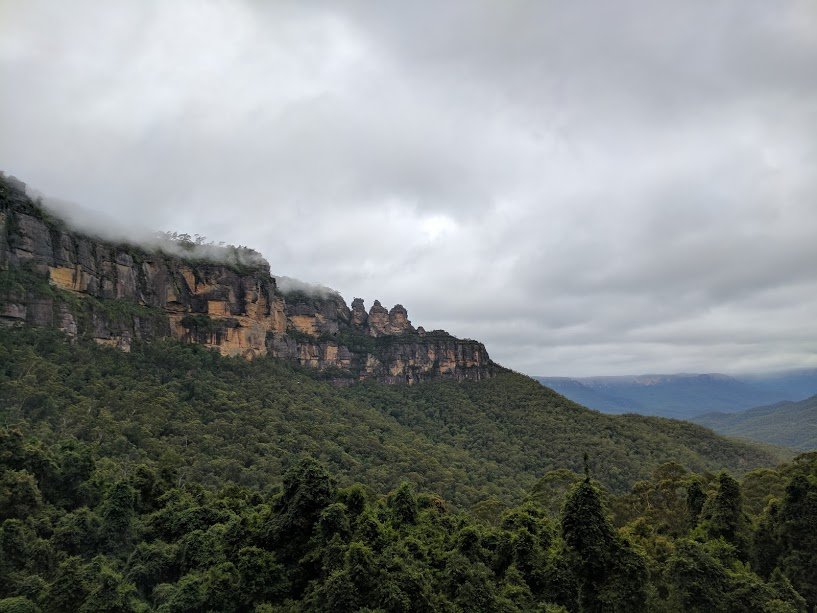 But then you get to the bottom and get a panoramic view of the valley and the three sisters rock formation. It’s named for an Aboriginal legend about three Katoomba tribe members, named Meehni, Wimlah and Gunnedoo who had fallen in love with three brothers from another tribe.

Their relationships were doomed, in a Romeo and Juliet-esque fashion, as tribal law forbade the unions so the brothers waged war to try to capture their loves. But the Katoomba tribes’ witchdoctor turned the sisters to stone to protect them from danger. He was later killed in battle and was never able to return them to their human form. 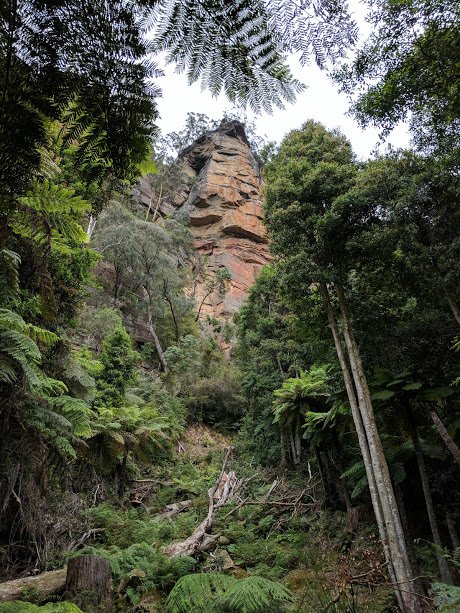 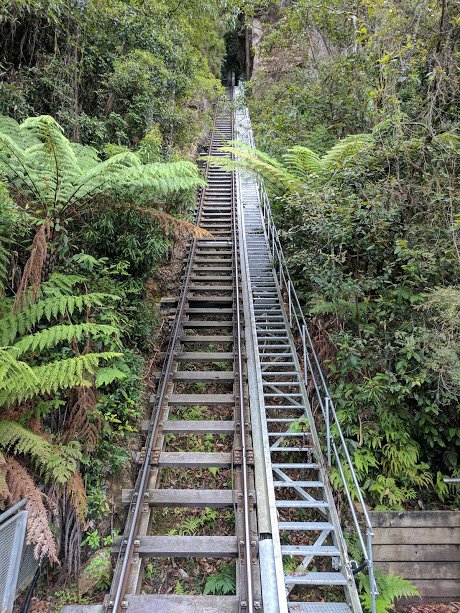 You don’t just ride down to turn around and come straight back up (although you can) – there’s a whole Jurassic period rainforest to explore on the Jamison Valley floor! And a 2.4km (1.5 mile) wooden walkway to take you around in comfort and style.

Did I mention it’s a great way to tire the kids out as well? It tired me out anyway, although I’m guessing that the young’uns these days have slightly more stamina then my old legs.

This is where you get snippets of the railway’s history – it was first built in the 1880s as a way for coal and shale miners to transport their spoils up from the valley floor. 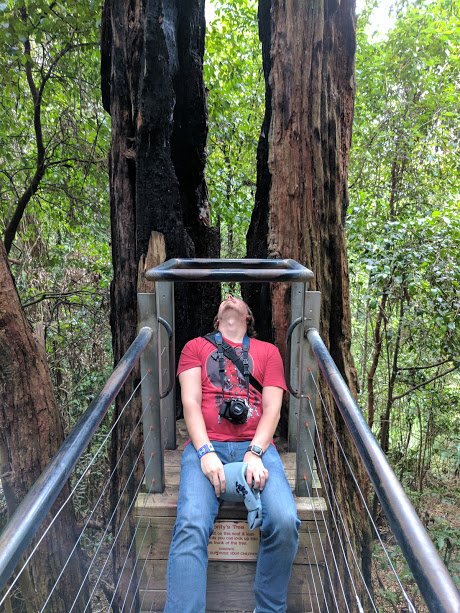 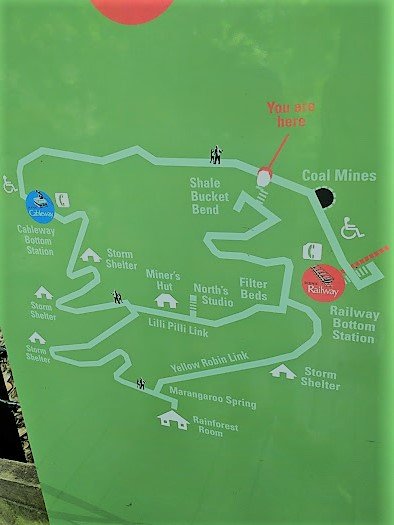 Check out the replica miners’ hut and get a photo on the bronze pony. I’ll spare you mine. But trust me, it’s fun stuff. From here you get get a lift back to the top via the cableway.

The 510-metre ascent gives you views of the Three Sisters, Orphan Rock, Mount Solitary and Katoomba Falls, with a little bit of history thrown in by the cableway operator.

The gentle ascent/descent is perfect for those who are a little more reticent of tackling the steepness of the railway. 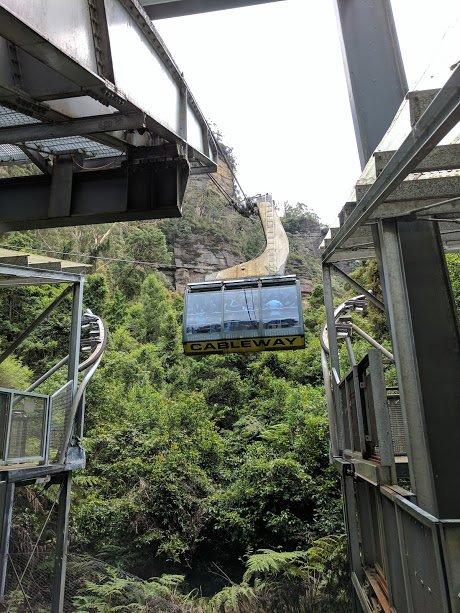 Lastly there’s the Scenic Skyway, that runs across the valley and allows you to take some side adventures to lookouts over the valley and hikes to Echo Point.

It also features a liquid crystal glass floor that turns from opaque to clear so that you can watch the bush below drift by. 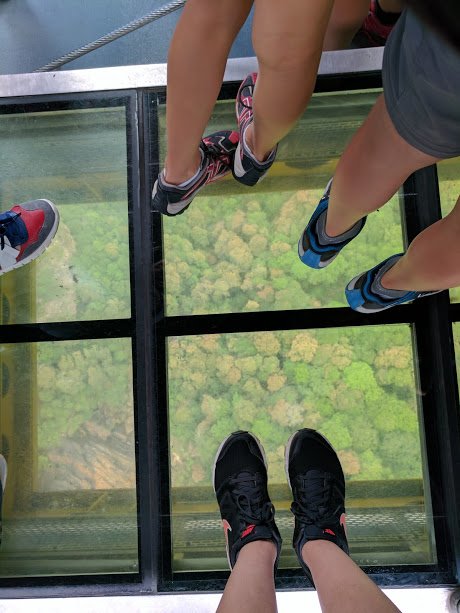 Scenic World was, by far, one of my favourite parts of the Blue Mountains and is well worth the visit! 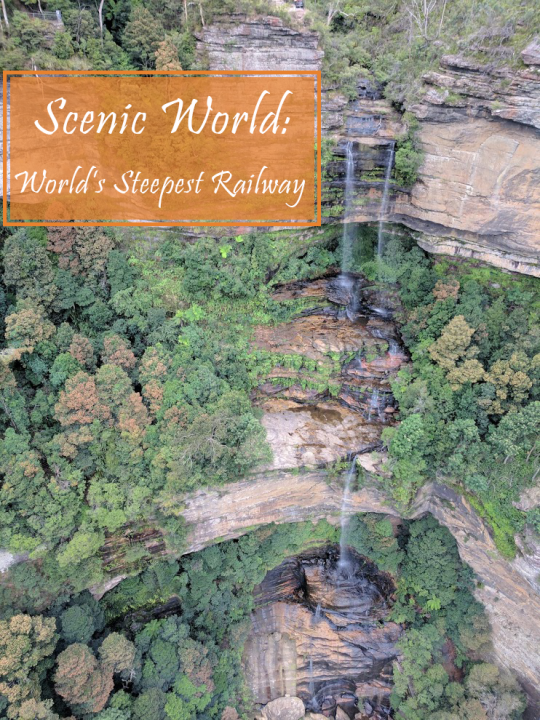