US preschool from an Australian mums’ perspective 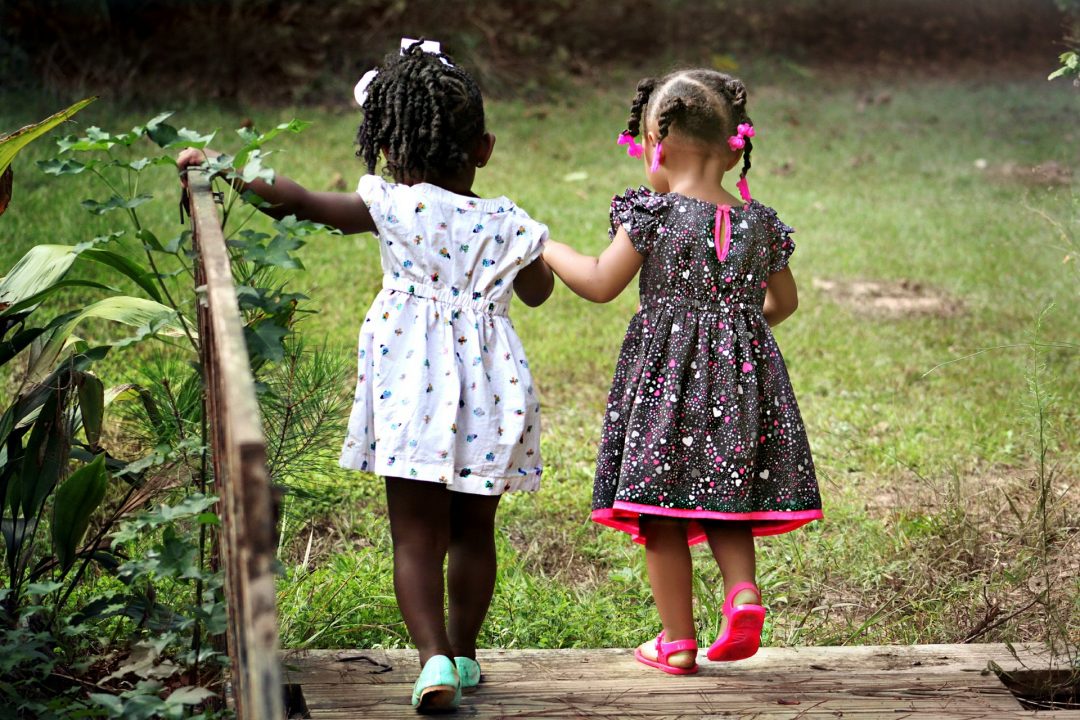 Moving overseas with toddlers in tow is difficult enough, but add finding a suitable preschool in your new home country to the mix and it can be a truly challenging time.

If you missed our Guide to US Preschools, it’s a great place to start to get your bearings and work out what’s expected of you and how to navigate the enrollment process.

But for a real-life experience we asked Aussie expat and mum-of-two Megan, who moved to California with her husband Joel last year, all the way from sunny Brisbane.

When Joel’s employer offered him a change to work at the global head office, the couple jumped at the chance to give their two daughters, then aged four and two, a taste of life in the US.

They enrolled their eldest daughter in a Californian preschool in January 2016, and quickly noticed some stark differences between what they were used to from their Australian preschool (called kindergarten in Queensland) and their new home.

“In Queensland, kindergarten generally operates on a five day fortnight, following school hours and school holidays. It is government subsidised, and the out of pocket is around $30 per day,” Megan said.

“For kids like mine, who have never been to childcare, it is a really good introduction to a structured learning environment. Whilst it’s not compulsory, it is strongly encouraged to prepare kids for their prep year – the year before grade one, which they call kindergarten in California.” 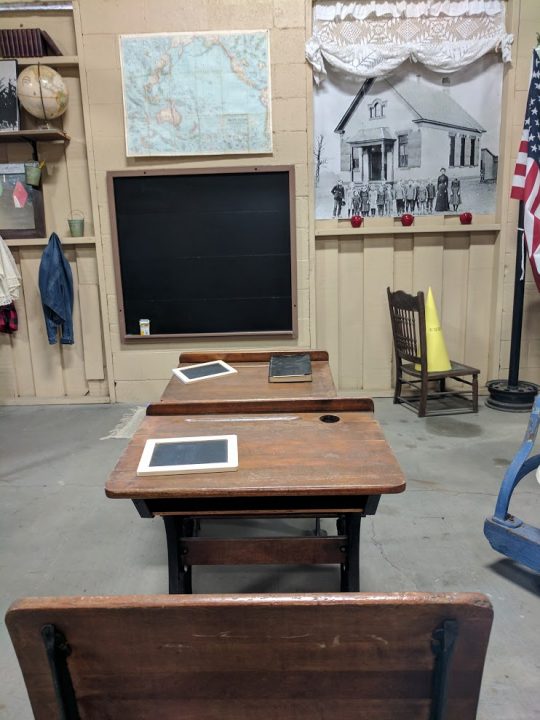 A ye olde American school that is not at all representative of US preschools.

The biggest challenge was managing expectations, because as Megan said, she was looking for a school that was reasonably comparable to what she and many other Aussies are used to at home and, “that just doesn’t exist”.

“I have been very lucky to find a school that ticks most of my boxes, but it means I commute across town from Milpitas to Willow Glen three days a week,” she said.

“Trying to find a school, preschool or pre-kinder, in the south bay area that mirrored our kindy at home was nearly impossible.”

If you’re in San Francisco and want to catch up with other Australian mums and dads in the area, join the Bay Area Aussie Parents Facebook group!

Let’s get an idea of what Megan means when she talks about preschool in Brisbane.

“…there was a strong focus on healthy eating, sunsafe practices, and reducing our waste. Only water could be brought to kindy for kids to drink, and there was to be no “treats” in lunch boxes,” she said.

“All food was supplied by the family, and it was expected to be sent in containers, not wrappers (because, waste). Individual processed packaged food items were frowned upon. There was also a massive outdoor space where the kids spent half their time, and you could not drop your kid off without applying sunblock and a hat.”

So what are the standout differences here in California?

Many preschools don’t run the usual “school day” hours that we’re used to back home. Instead they have “daycare hours”, and many don’t allow you to pick up your child mid-afternoon. Instead there’s the option of half days or full days.

Instead of following a school holiday schedule, lots of preschools will only accept children if they will be attending on a full time basis.

In Megan’s experience, many preschools didn’t have the best outdoor play areas, which makes sense considering that space is at a premium in San Francisco and its surrounds.

So overcrowding, large class sizes and small rooms are normal here. She also said that sunscreen and hats seem to be an option rather than a rule for kids. 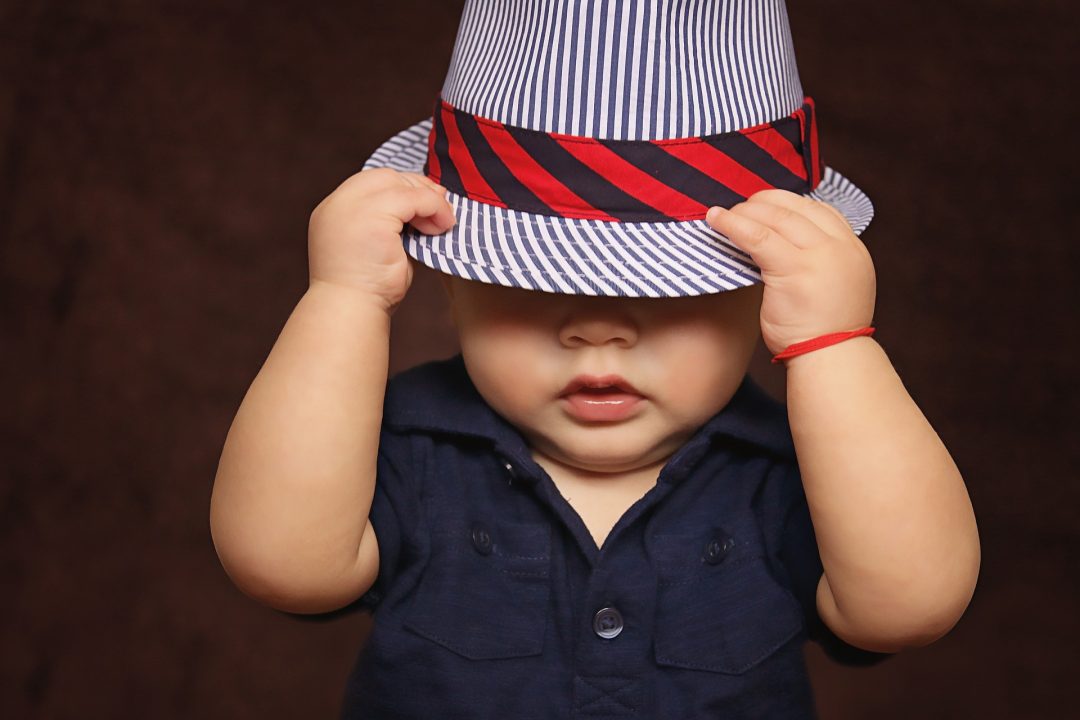 The ‘No hat, no play’ rule didn’t make it to California.

The hit to family finances though, is that preschool/daycare costs aren’t subsidised for those at certain income levels, which can make the entire exercise pretty pricey.

But the biggest cause for concern is nutrition in many of the preschools, which provide all meals and insist that no food should be brought into the school with children.

California law stipulates that preschools give children three cups of low fat milk daily, but Megan’s daughter’s dairy intolerance meant there needed to be a substitute.

“If neither of these options suited me, I would need a letter from my US paediatrician, which we did not have yet, excusing us.” 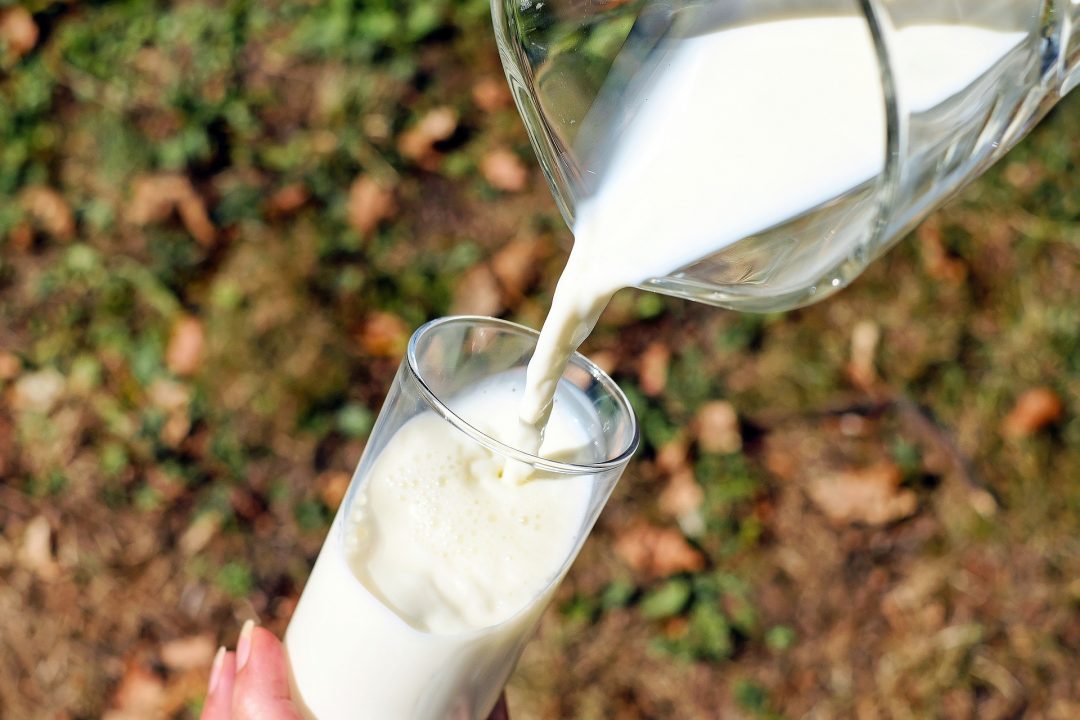 Megan, who is studying nutrition at university level, wasn’t impressed with the type of food that was being served either.

“Most of the food menus feature dairy products for every meal; I’ve come to accept that’s how people feed their kids here, and although they told me they would provide “suitable alternatives”, I just couldn’t see any of the food options as being suitable for little kids.”

The menu consisted of standard US fare like pizza, mac n cheese, quesadillas and burgers.

Of course it’s not all bad – just different. And there’s a lot of adjustment of expectations and routine to be made. Megan has a few tips for those starting the preschool journey.

“Now that my eldest daughter has finished at that school, I realise how lacking the curriculum was. I can’t say she learnt a thing since Christmas, and her writing skills have actually deteriorated!” 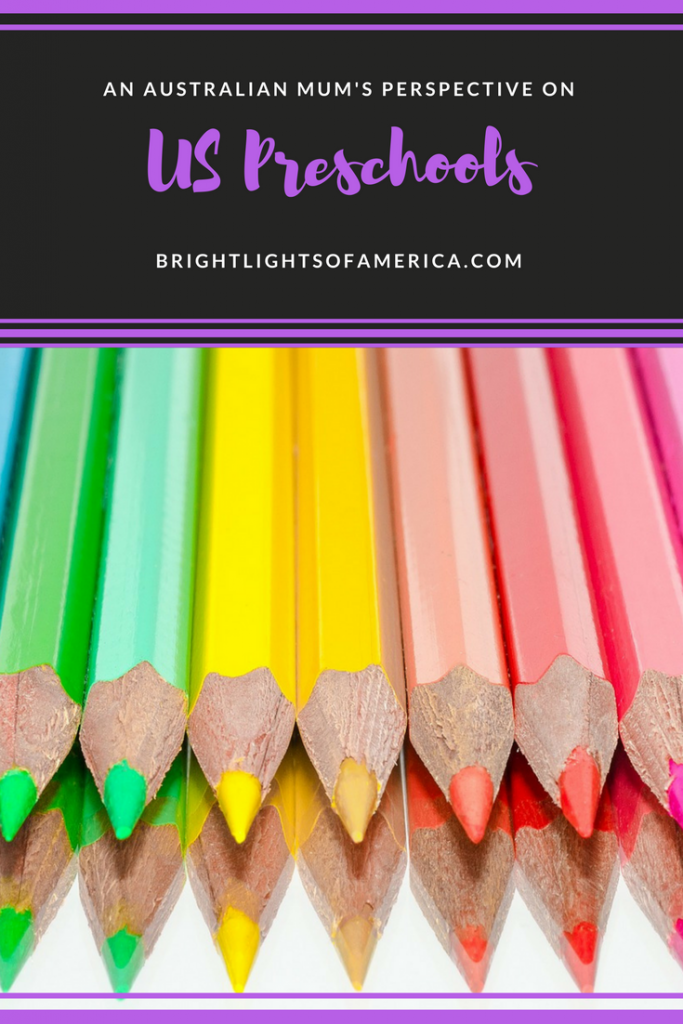 “The outdoor space was generous at her school, I could pack her lunch and she didn’t have to have the milk, Megan said.

“They offered a partial day [pick up around 2:30pm] and I could choose which days to send her… The teachers were warm and affectionate, which was comforting after such a big life change for my family.”

So there you have it. Choosing and attending a US preschool from the perspective of an Australian expat mum. Got any questions or tips of your own? That’s what the comment section’s for!

If you’re in San Francisco and want to catch up with other Australian mums and dads in the area, join the Bay Area Aussie Parents Facebook group!