Aussies Round the World: Challenges of cross-national relationships

shares
This is a guest post by Aussie expat Melanie, who inspires expats over at her blog, The Wandering Darlings. She writes about her her life in the UK with her British fiance and their bunny Bruce. Here she writes about the joys and difficulties of cross-national relationships. Find her on Facebook and Instagram for more great tales.

My other half is British born and bred and I am a true blue Aussie girl. Ours wasn’t one of those “met while travelling stories”, nor was it “met in a bar” fairytale romance. We’d been friends for years.

I actually used to date his best friend when I lived in the UK during my gap year (!)  however when I returned to Blighty some four years later our friendship grew to a relationship. I mean he brought me a jar of vegemite on our first date- the guy was a keeper.

As our relationship developed over the years (now over 10 years!), we learnt more and more the differences of a normal relationship to a cross-national relationship like ours.  When we first got together he had actually been planning to move to Australia and I was helping him with things that he needed to do and sort out to move out there. So I guess our romance blossomed over our love for my homeland.

We’ve since spent many years trying to decide if we’ll stay in England or move to Australia for good and every time we make a decision we change our minds. A few years ago we even had a visa for him so we could go out there but we chickened out and stayed put. 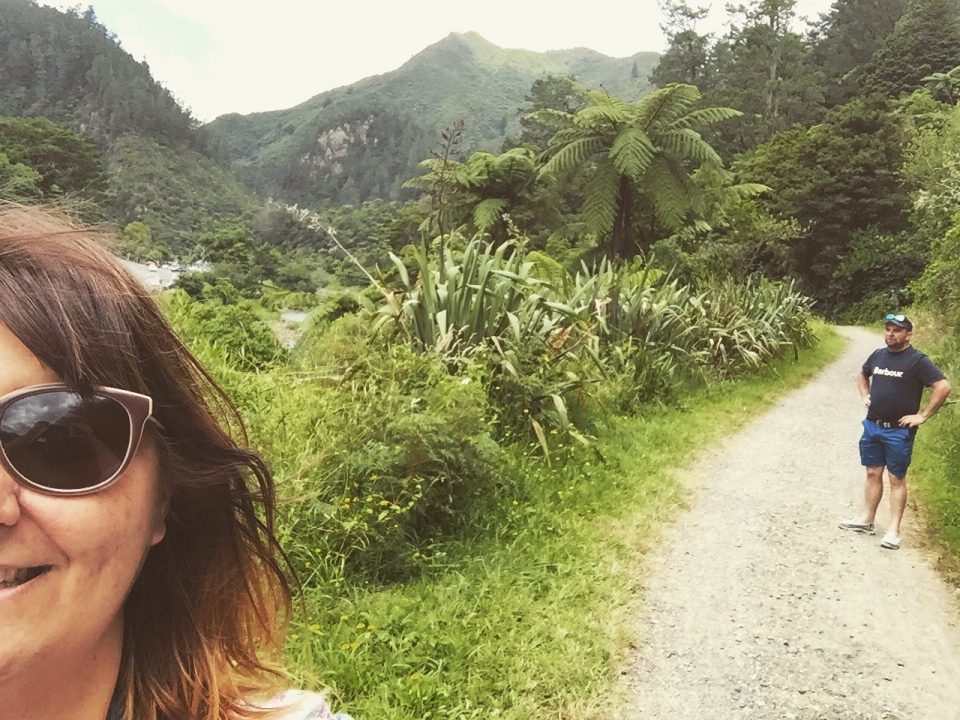 We are now in the process of buying a house here in the UK and we are STILL having conversations about whether we will live in it for a few years and then rent it out while we move to Australia. Strangely it’s him who is the one wanting to move to Australia, whereas I am not ready to give up my life here yet. I think I am more scared moving home now than when I was moving out here on my own 11 years ago.

Where you will live is a big decision for any cross-national couple, however, there are also minor things that are different, like words for things. English and Australian are actually pretty different.

The day I asked my other half if he was going to whipper snipper the garden he looked at me like I was mental.

When I wanted to buy rolled oats to make Anzac biscuits and started getting a strop on in Tesco’s because I couldn’t find them it resulted in him telling me ‘You’re not in Australia now’ and pointing to the porridge oats which are the same thing. 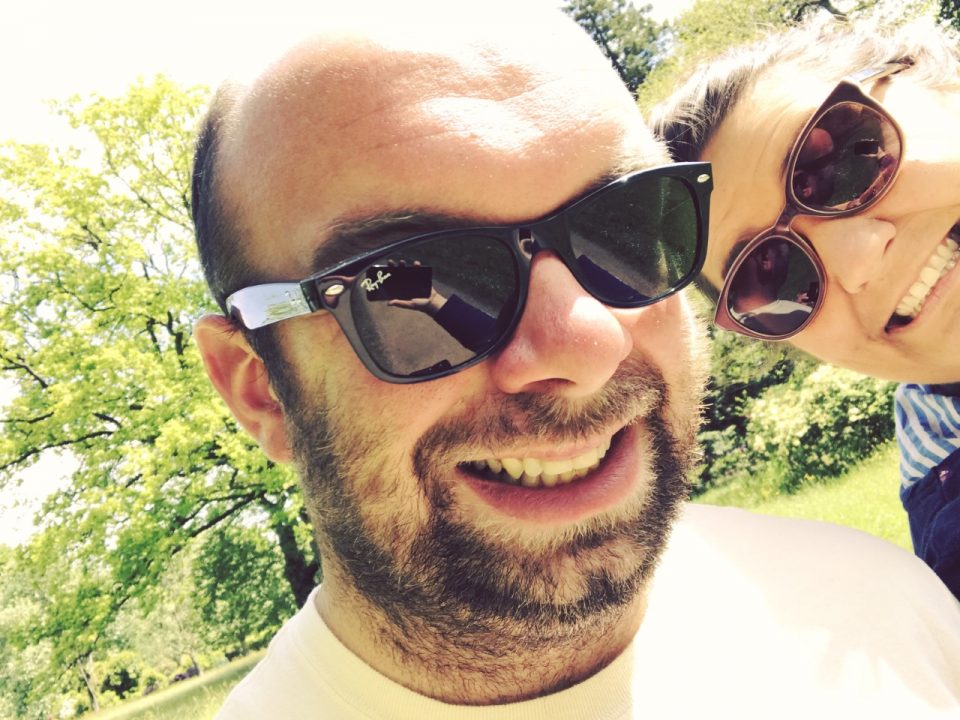 We didn’t grow up watching the same shows, well apart from Neighbours, or reading the same books, so we have different pop culture references. I had no idea what Bullseye or Only Fools and Horses were before I got here now however I can just about say I am an expert. Lovely jubbly.

Other differences for us are that I love travelling and seeing new places and he does not. It’s not that he’s not interested or not excited by travel, more that he likes to work.

He owns his own business so in his mind any time he is away from work he’s not making money for our future. He knows travel is apart of me so he is always very supportive when I decide to jet off on yet another adventure with the girls.

He is, however, always up for an adventure closer to home and loves showing me places around the UK. We are regularly off exploring at the weekends. I have managed to get him to venture further afield over the years to places like Dublin, Copenhagen, New York, New Zealand and we are off to Fiji later this year.

One place that he will always go to is Australia. He loves it there which is pretty damn handy.

Being in a relationship abroad is also harder in other emotional ways. My whole family is on the other side of the world and another time zone away, which means my other half has to be my whole family for me in the here and now. 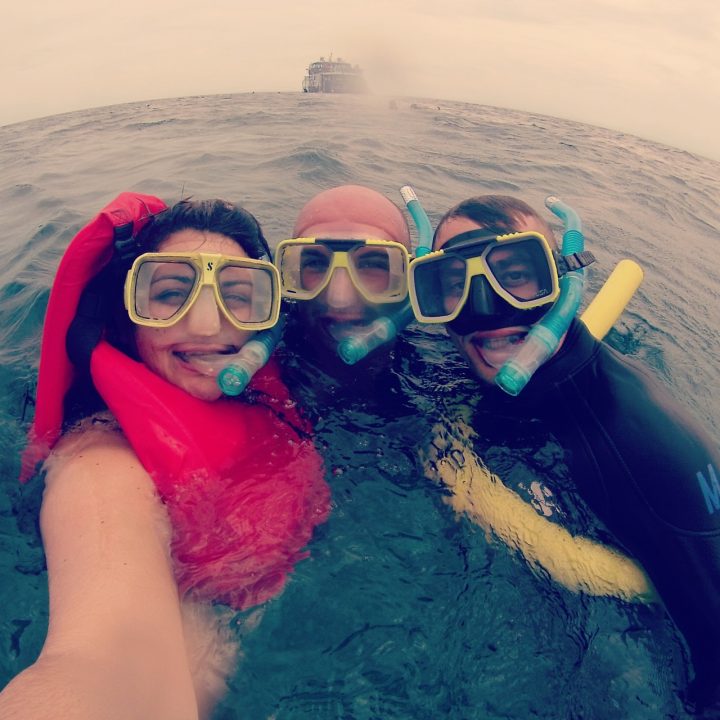 His parents also don’t live near by so we are pretty much on our own together and, whilst we are both fiercely independent, we’ve come to rely on each other a lot more than probably what a normal relationship would. He is more than just my partner now, he is my home.

We also know that decisions we make about our future we have to really think about. We got engaged three years ago and whilst we haven’t started planning to get married, we know it will be in Australia. Which means it’s a lot to ask our English family to come and celebrate with us but one side was always going to lose out.

If we decide to have children we don’t have either of our families on our doorstep so would again lack the support network that many of my friends are lucky enough to have. My mum has said she would fly over and live with us for six months if that did happen, much to the apprehension of my other half.

As I’ve said above, we are in the process of buying a house together and this is something we’ve saved every penny ourselves for. Some people will have their parents help them out but I couldn’t ask my family (not that I would – remember fiercely independent) but any money they would have contributed would be reduced due to the exchange rates. 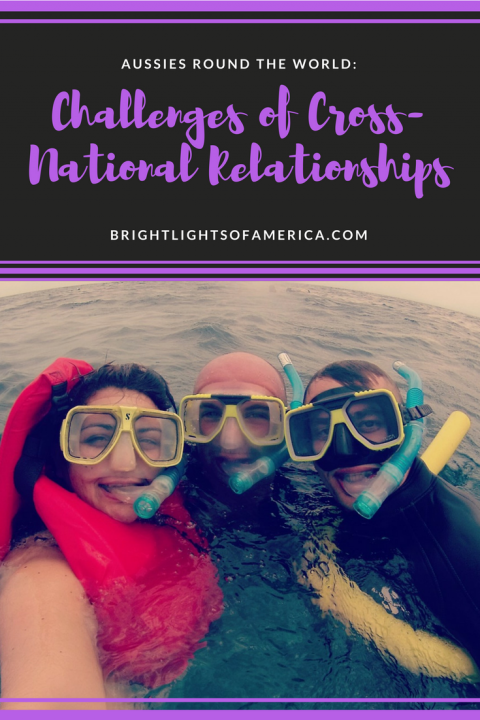 There are so many areas of our relationship that make it a bit harder being from different countries but I wouldn’t have it any other way. I love that we can share our homes with each other.

Every time we go to Australia we go somewhere new so that I can show him more of the beauty of where I grew up and he does the same in the UK.

Because of our different upbringings, we have different viewpoints and regularly open each other’s eyes to a different take on the world.

We’ve introduced each other to new foods, new traditions, new sayings and when I get really homesick he always puts on the best Australian accent to cheer me up.

Want to tell your Expat story in Aussies Round the World? Contact me with a bit of information about where you lived, for how long and what you love/d about it!