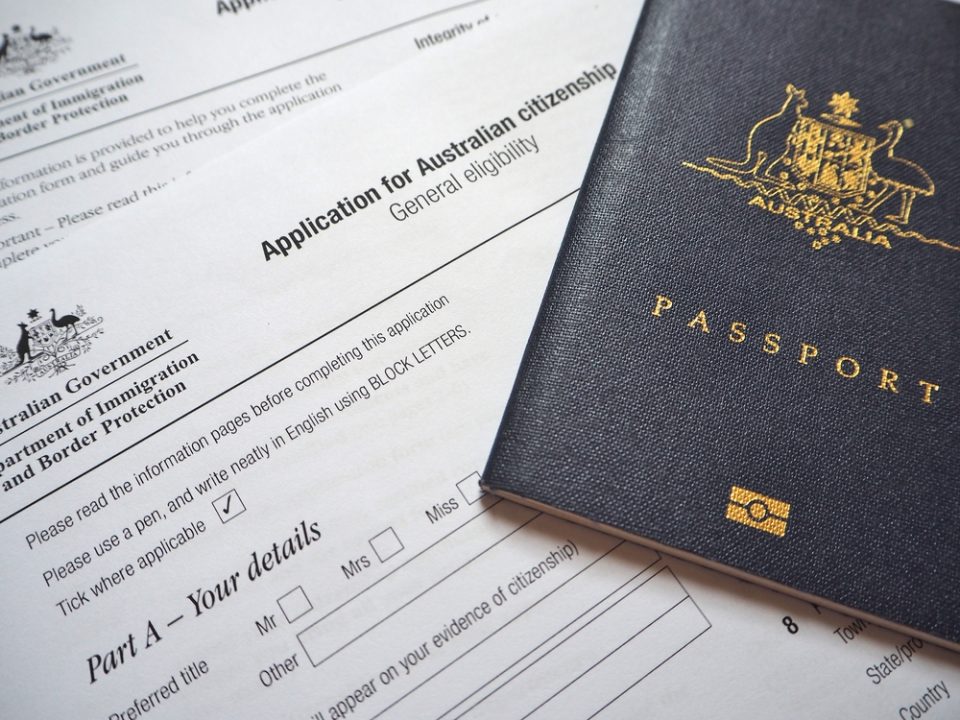 Some Australians choose not to get their children Australian citizenship though, and we’ll get some insight on that decision a little later. For now, let’s look into the process.

Applying for Australian citizenship for babies born overseas is a relatively straight forward process and is open to any child of a current Australian citizen. The process costs $230 but if you apply for more than one child at a time, the subsequent children’s applications cost $95. Fees are in Australian dollars.

You or your overseas-born children are likely to be eligible for citizenship by descent if they were born on or after 26 January 1949 or one or both of the parents was an Australian citizen when the child was born.

The applicant can visit Australia once the application process has begun, as long as they ask for their application to be put on hold while they travel. So if you’re planning a trip, be sure to apply for citizenship well in advance to avoid disappointment, as processing times can stretch to more than five months. Forget about that trip though if you have citizenship but haven’t gotten around to getting your Australian passport. 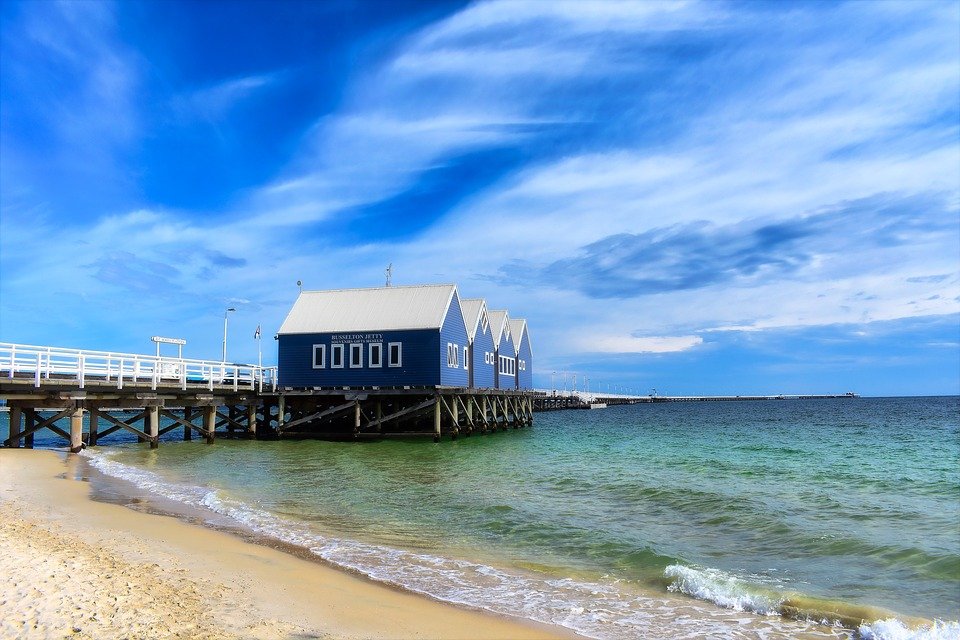 Make sure you put the Australian Citizenship application on hold if it hasn’t been finalised before you visit the country.

There are also options to look into if the parent was not an Australian citizen at the time you or your child was born.

Australian Citizenship by Descent & Other Options

One important caveat, is that if the parent became an Australian citizen by descent themselves (ie they went through this process using their parents’ Aussie citizenship for themselves) the second set of parents must have lived in Australia for two years. It doesn’t have to be a successive time period though, so they may have lived in Australia for a six months, then moved away and came back for another year and a half. School or employment records will suffice in this case.

It is possible to apply for citizenship even if you parent/s are no longer recognised as Australian citizens. As long as they were citizens before you were born and had denounced their Aussie citizenship to become a citzen of another country before April 4, 2002. If you’re using this route, you’ll need to apply using the Child of a Former Citizen form. This route will set you back a $180 application fee. 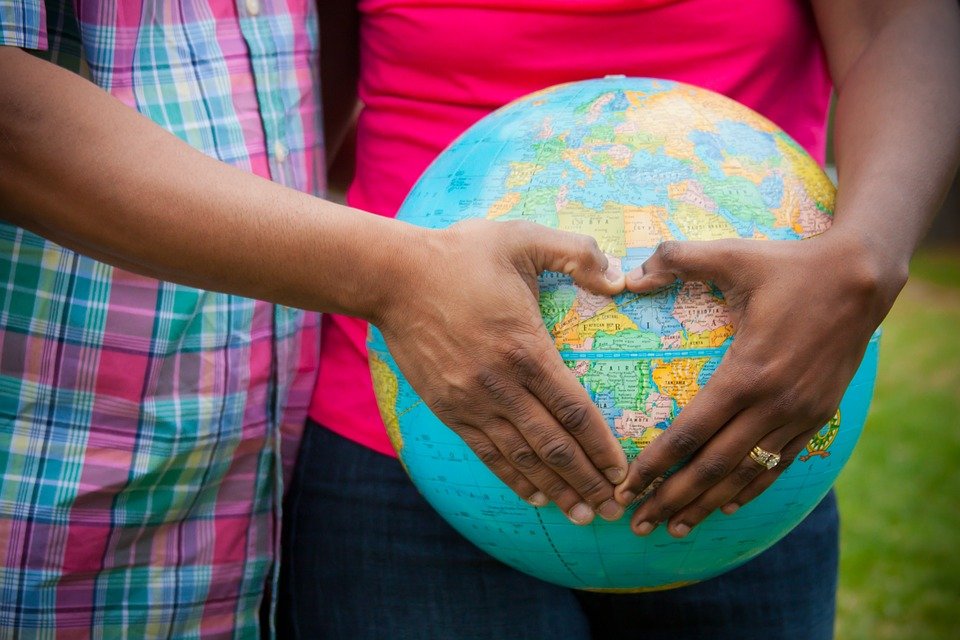 There are also ways for children adopted by Australian parents to become Aussie citizens.

While children adopted by Australian citizens cannot apply for citizenship by descent, they may be able to obtain Citizenship by Adoption. There are a few rules to this though, especially that the child was adopted in accordance with the Hague Convention on Intercountry Adoption or under a bilateral agreement between Australia and the other country. This option costs $230 to apply for.

Applying for Australian Citizenship From Overseas

Always check the information on the website of the closest Australian immigration office to you. You can find a list of all of the offices in your country by clicking here. I’ll be using information from the Washington DC office, which is the only one inside the US that processes citizenship requests. 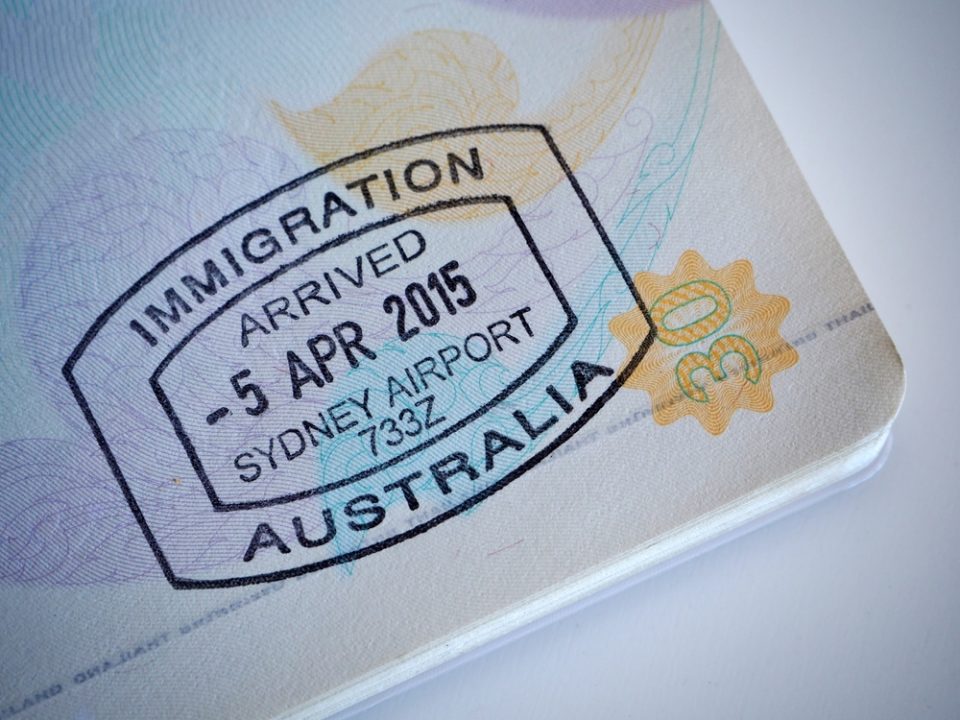 Australian Citizenship by descent is the best way to get your child recognised as Australian in part.

You should contact your nearest immigration office outside Australia or see their website for more information before lodging your application because you may need to visit the office with original documents.

At the time of publishing, the preferred method of lodging a Citizenship by Descent application is online through the immi.gov.au portal.

Before you get started filling out forms though, you’ll need to gather some documents and scan them into a computer so they’re ready to be attached to your online application.

Those over the age of 18 will need to provide “good character” documents, but otherwise the most you’ll need is proof of identity and some supporting documents about the Australian parent/s.

IDENTITY DOCUMENTS FOR THOSE OVER SIX

It’s basically a game of mix and match. You need three documents that show the following information between them (they don’t all need every piece of information included):

Apart from the above, someone you know will need to fill in an Identity Declaration – Form 1195 for you. A passport sized photo signed by the person vouching for you, will be required for Form 1195. There are a few more things you need to know about this form:

IDENTITY DOCUMENTS FOR THOSE UNDER SIX

Obviously a child younger than six-years-old isn’t always going to have three documents that cover all of the above items such as residential address. If this is the case, you can provide a birth certificate and the child’s passport (if they have one) as proof of identity.

The Identity Declaration (form 1195) should be filled out and signed by someone from the approved list of occupations (see above), even if they have known the child for less than a year.

SUPPORTING DOCUMENTS FOR THOSE OVER SIX

If the parent is no longer an Australian citizen, also include proof (such as a certificate) of their other citizenship.

SUPPORTING DOCUMENTS FOR THOSE UNDER SIXTEEN

There’s a bit of extra information required for parents of applicants who are under 16-years-old. Supporting documents must include the parent/s:

GOOD CHARACTER DOCUMENTS FOR THOSE OVER EIGHTEEN

Adults applying for Australian citizenship by descent will need to prove their “good character“, which refers to their “enduring moral qualities” and their ability to obey and uphold Australia’s laws.

You’ll need to provide an overseas penal clearance certificate (a police check) for all of the countries you have stayed in for more than 90 days. Australia is considered a foreign country if you are applying from overseas. This only applies if any of the following applies to you over the past decade:

You can find more information on accessing penal clearance certificates for different countries here. Documents not in English will need to be translated and both the original foreign language and translated copies provided. Contact the Australian Mission in the appropriate country for certified translation services.

Fees & How to Pay

Online applications can be paid for through your immi.gov.au account at the end of the application process. The system accepts MasterCard, Visa, American Express, Diners Club, JCB, China UnionPay, pre-paid credit cards,  PayPal or BPay payments. A surcharge for credit cards will apply.

Processing Times & When You Can Expect a Response

Once you’ve sent off your application for Australian Citizenship for babies born overseas, there will be a little wait while everything is processed.

According to the Australian Home Affairs website, the public service aims to resolve three quarters of the applications within three months and 90 per cent of applications within five months. But it does depend on whether your application was sent in full and how long it takes to check all of your supporting documents.

Upon a little straw poll in an Australian Expat parents group, one applicant had been waiting seven months for word, while others received citizenship within the five month time frame.

If the citizenship by descent application is refused and you’d like it to be reviewed, you can refer the decision to the Administrative Appeals Tribunal. Keep in mind that the review fees are pretty steep, so be sure that you want to go through the process even though the application may be refused again.

Why Shouldn’t You Apply for Australian Citizenship for Babies Born Overseas?

Australian expat Darren was overcome with “Aussie pride” when his first child was born and decided to jump straight into getting him Australian Citizenship by descent. But by the time his daughter was born, he’d changed his mind, saying “for me personally there is no benefit”.

Some of that comes from the fact that he doesn’t live within driving distance of an Australian Consulate, where the family can renew their Australian passports easily. Instead they have to either book a trip and fly to a city with a consulate, or wait for the travelling Australian public servants to visit them. Which, let’s face it, can be a real hassle.

“When you could renew via mail then I would say ‘no issue’ but as you now have to do it in person, it’s an issue for me. [But] some people have legitimate reasons for getting dual citizenship,” Darren said.

Since Australian Citizens can only enter Australia on an Australian passport, it can create an extra layer of bureaucracy to go through and keep in mind when you’re planning trips “home”. Especially if passports expire before the trip and you have to tack on another passport renewal trip to your expenses, just to be able to get into Australia.

While it’s not enough reason to steer clear of Australian Citizenship by descent for everyone, Darren does make some good points that will apply to some expats.