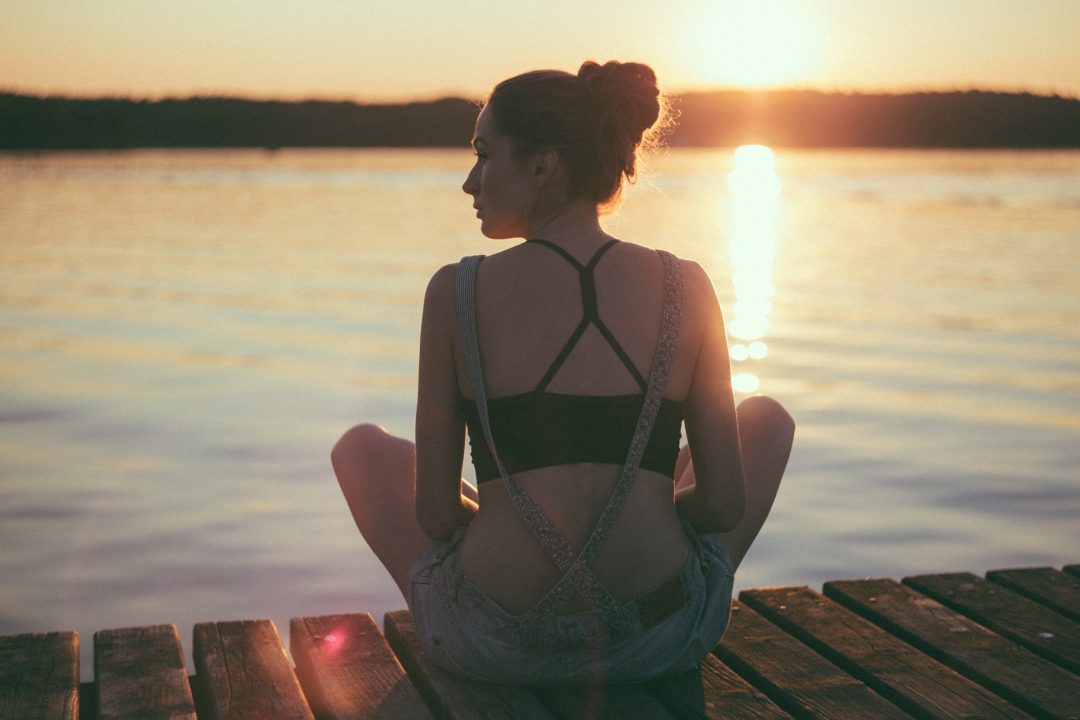 Whether you have spent years or just months living in another country as an expat, if you’ve decided it’s time to go back home, you may be experiencing some mixed feelings. Returning home after living abroad can bring about a lot of emotions from being excited to see friends and family, to being unsure if you’ll still fit into your old life.

Going back home after living abroad usually means reshaping your life. Finding your spot again in your home country, and leaving behind the life you’ve made in your new ‘home’ country can be overwhelming.

It’s good to remember, though, that you’re not alone. Many have been where you are. So, as you’re travelling back home, read our tips and advice for expats returning home.

Advice For Moving Back Home After Living Abroad

I got my first taste of moving back home after living abroad in London for a while. Despite the weather making it feel like the sky was closing in on me at times, I loved London more than I can probably explain.

It’s just a (short) plane or train ride to the rest of Europe, there are always a million things to see and do in the city, the food is amazing (especially Indian food), and everyone’s accents are so cool and proper.

My first taste of culture shock hit me at Sydney’s Kingsford Smith Airport while stepping off an Emirates flight into the terminal, and a distinctly Australian voice made an announcement over the PA.

It immediately struck me just how twangy and nasally it sounded. “Do I sound like that? I must, this is very jarring”. That’s where a series of tiny shocks began. There are things that you wouldn’t really think twice about normally, but when you’ve gotten used to living in one place where things are a certain way, it’s a little confronting when they change again.

Moving back home with my parents and some siblings was tough as well. As much as I loved seeing them and being with them after being away for so long, I’d gotten used to my independence and freedom, and having somewhere to go or something to do every weekend.

It was tough to get back in sync with my old friendship group, and Sydney isn’t exactly close to the rest of the world. Just like when you move to another country to live, coming home after living abroad brings its own challenges.

Five former expats gave their tips on moving back home and what they learned from the process. Hopefully, their experiences will help you with what to expect when you make the trip home. 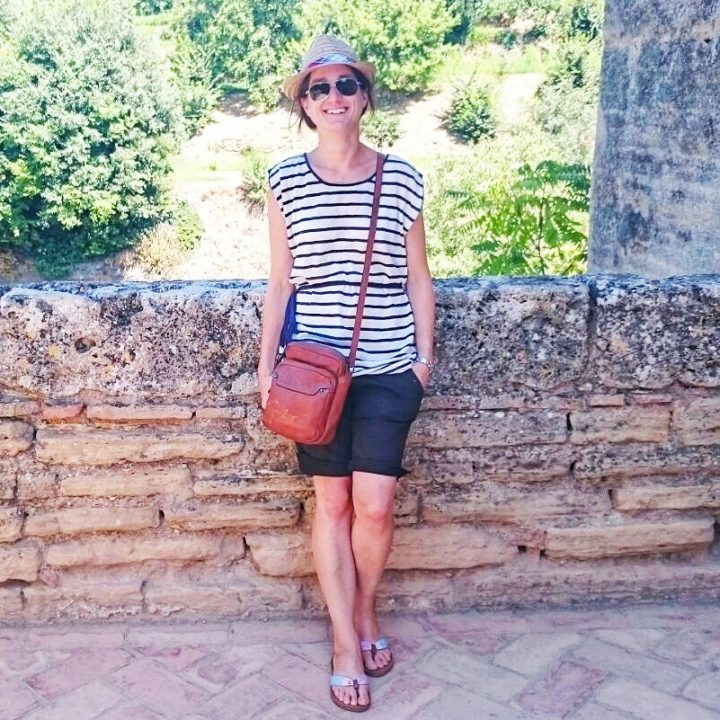 Cassie recommends giving yourself time to feel comfortable again in the friendship groups you left when you went away.

Written by Cassie from Mexico Cassie.

I lived abroad for a few years in my 20s and I’m currently living abroad again. When I returned to the UK after living in Rwanda and Ethiopia, aged 26, quite apart from having to deal with all the crazy feelings about running water and guaranteed electricity, I realised it was my responsibility to slot myself back into the daily lives of my friends.

Their London lives had continued without me for two years and it was my job to catch up and make myself relevant to them again.

That sounds terrible but it really isn’t. My friends are wonderful. We’ve been a solid group since university and I imagine we’ll still be friends when we’re old but when you live on different continents it’s very hard to keep up with daily life.

It’s easier now than it was 12 years ago (thanks Facebook and Whatsapp) but it can still be difficult to get home full of stories about your life overseas, wanting to share the ‘new and improved you’ only to realise that people are probably still expecting the old you.

You realise that no one wants a detailed description of anything you did or experienced away from home. Everyone’s lives are too busy (except your parents, obviously they’ll want to know everything).

So, take it slow with the stories, ensure you take time to listen to everyone else’s stories too. Be happy to go where they’re going, accept that there may be new people on the scene and that relationships ebb and flow. 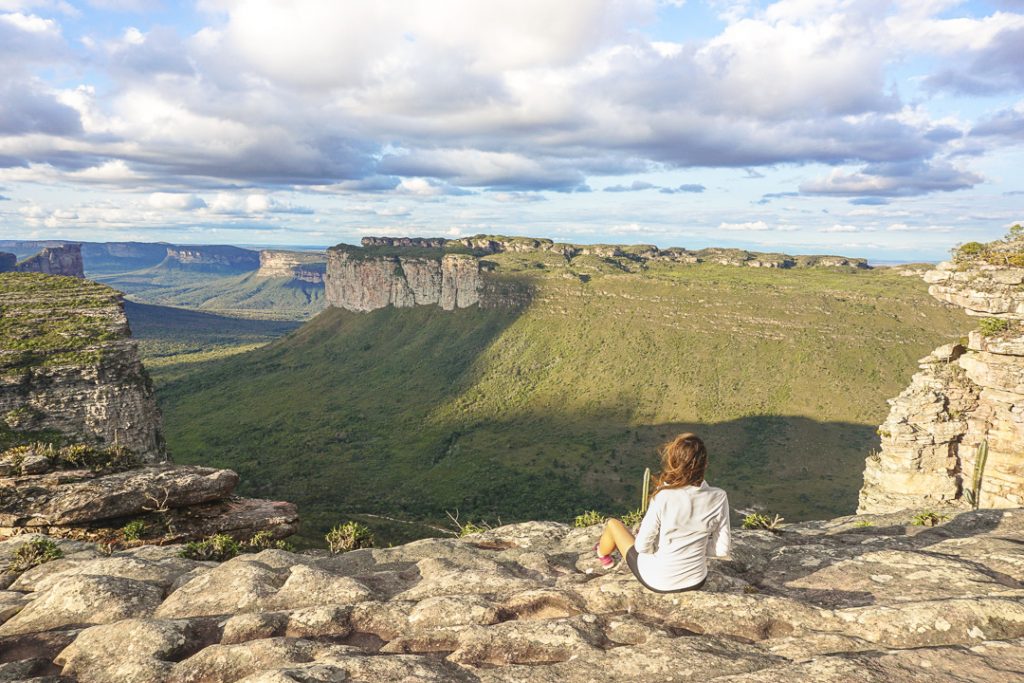 Hold onto those lessons learned while you were overseas, don’t fall back into short-sightedness.

Written by Julie from Why Not Ju.

Moving back home after time abroad, after a long time travelling or after relocating to another country for a longer period can be difficult. It’s not uncommon to feel sad and miss being on the road.

Turn that sadness around and try to embrace the fact that you’ve been out on adventures and all the good things that came along with it. Sometimes it might be easy to slide back into old habits after spending time abroad.

I feel like I always learn a thing or two from my travels and quite a few of my adventures have even been life-changing. Some of the changes and lessons I learned I didn’t even notice until I come back home.

My number one advice to benefit from your travels when your back home is, therefore, to hold on to the good lessons and growth you experienced while travelling. Even bad experiences can teach you something that you can use. Work some of your good habits from your time abroad into your day-to-day life back home. 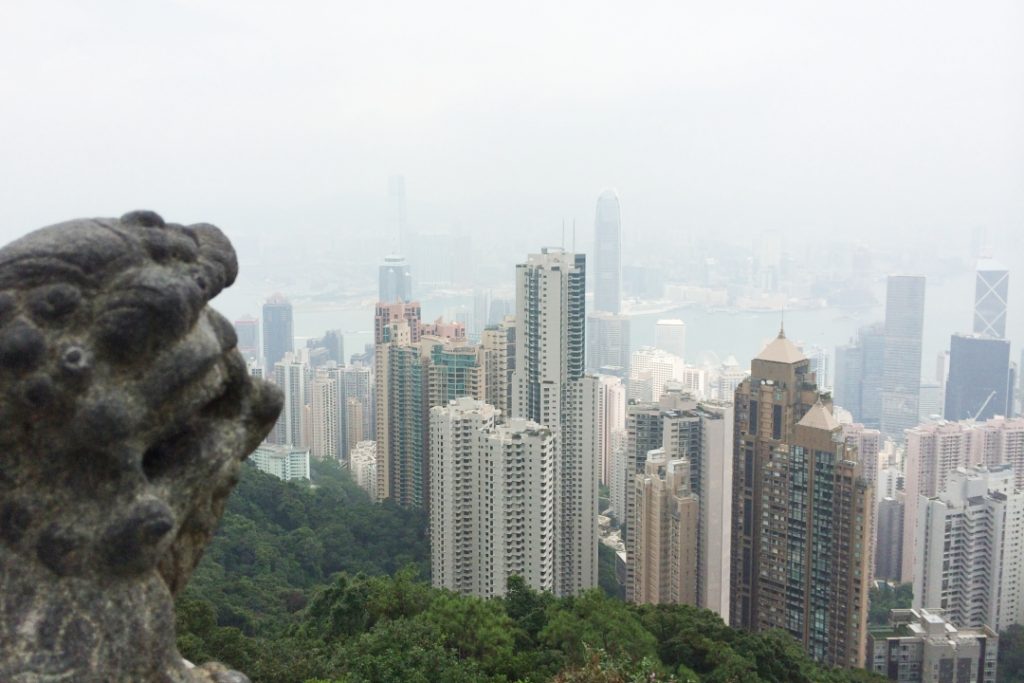 Don’t make the mistake of leaving a country before doing at least a little travel.

Written by Pia from Next Stop TBC.

I had my first experiences of expat life as a child and have warm memories of my first school years in Southern France. Repatriating had its challenges even at a young age: adjusting back to the Nordic climate, new classmates, teachers, and school subjects.

Later in life, I’ve had the opportunity to experience two international assignments that took me to Sydney, Australia for a couple of years and, most recently, for seven months to Hangzhou, China. I know from experience how stressful repatriating can be with all the practicalities that need to be taken care of in the last days!

Based on my experiences, I would recommend planning as much time as possible in the end to have a bit of fun. Take the time to thank the people you’ve met and who have made your time there special. How about inviting these friends for a fun get-together, farewell celebration, or see-you-later party?

Also, if possible, explore the region before you head back home. You don’t want to make the mistake to be in a rush to pack up and leave, right?

Instead, check if you’ve really explored all those places you were planning to see? Arrange some time to enjoy the surroundings and take photos before repatriation. This will help you create lasting memories of your time abroad that you’ll cherish even years later!

Wondering how I spent my last day in China? On my way home, I took a layover in Hong Kong and pampered myself at the Ritz Carlton 116th-floor spa – feeling perfectly recharged for going home.

Enjoy being an expat returning home – explore your own country 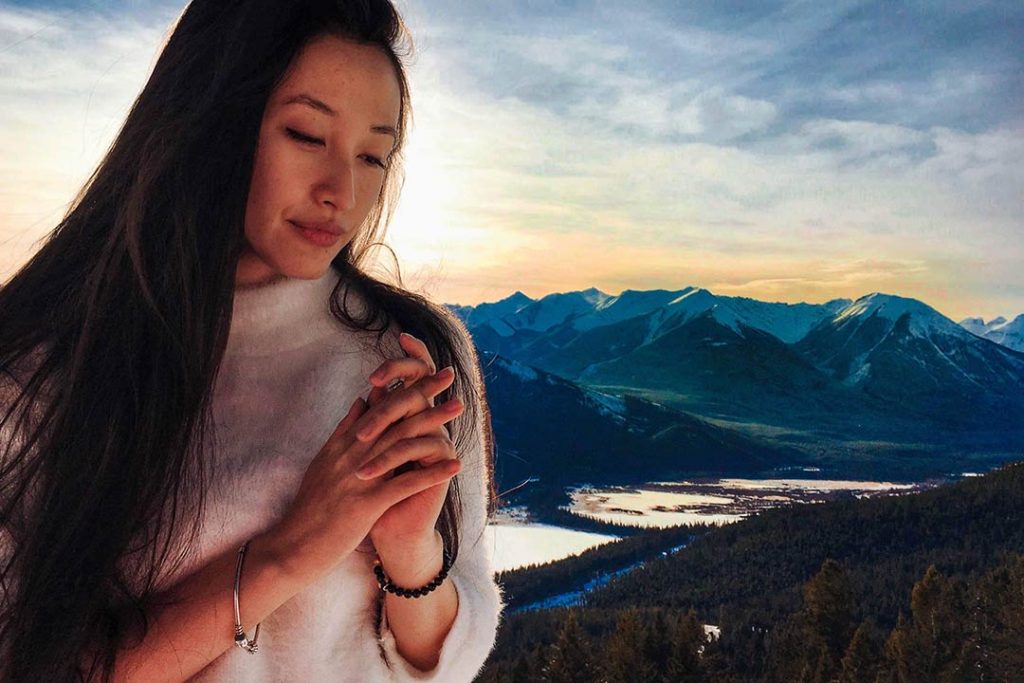 Daisy combats the melancholy feeling of returning home by making it an opportunity to see more of her own country.

Written by Daisy from Beyond My Border.

I’ve been backpacking on and off for the past four years. For me, the hardest thing about travelling is not the planning, the budgeting, or the pre-journey jitters. It is rather the moment I have to settle back home.

The feeling of returning home is sweet and sour. It’s good to be back among friends and family, but it can be difficult to let go of a culture and society I was getting used to. This is especially the case for long-term travels, which I try to do every year or so.

I try to offset the feeling of withdrawal by exploring my own country when I return home. After my first solo trip across Turkey, I dedicated a week or so to explore Quebec before heading home to Toronto. The week gently reintroduced me to the culture and norms of Canada, without thrusting me back into a routine I would have not been used to otherwise.

I think dedicating time to yourself post-travel is just as important as preparing before a trip. Take it slow and steady, and have fun along the way!

Moving back home – it won’t be the same 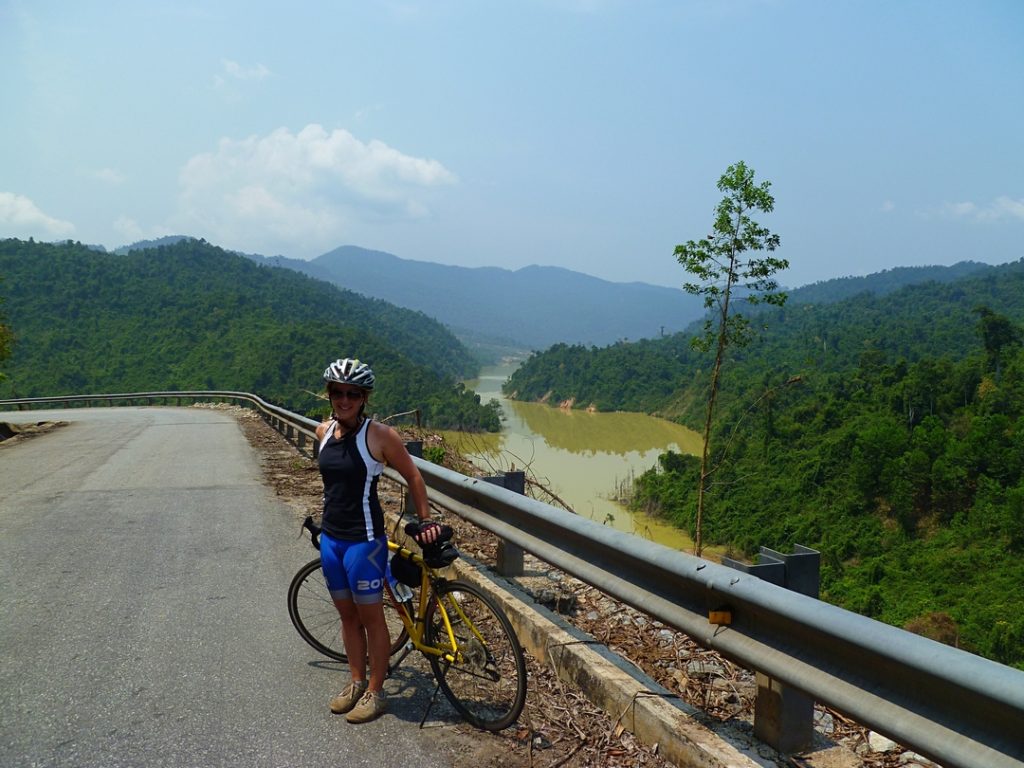 Caitlin found it a little difficult to slot back into life with friends back home.

Written by Caitlin from The Country Jumper.

Don’t expect life to be waiting for you when you get home. It depends on exactly how long you lived abroad before repatriating, but there is no question that things will be different when you get back home.

Your friends will have made new friends. They might be married, have families by now. They won’t be in the same place in their lives as they were when you left. Of course, you won’t be either, but it’s easy to not think about how, after all the unfamiliar places you’ve been since you left your home country, your home country may be the place that is now unfamiliar.

When I moved back to the US after almost seven years abroad I moved to the very city where my college friends, the only people I really had in the US, lived. But this time I wasn’t a novelty passing through town for a big dinner that they all made sure to put on their calendars. I was permanent.

It took me a long time of asking them to hang out, of reminding them that I was there, before they began to include me in the lives they had made there while I had been off making mine elsewhere. 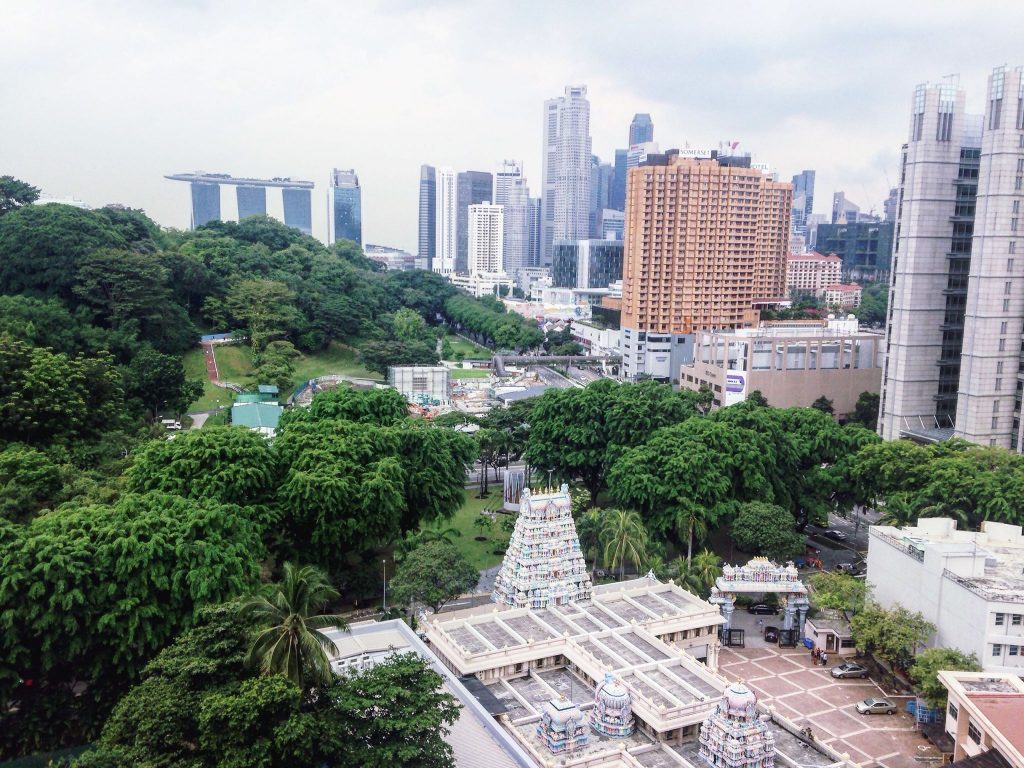 Send yourself little reminders of your second home and your travels.

Written by Anya from Unexpected Occurrence.

My biggest tip for expats about to repatriate is to create a little ‘care package’ for yourself. Include things that remind you of your time in your host country. When I moved from Singapore, I wish I had brought chicken rice seasoning packets, a touristy keychain, local beer glasses, and just a bunch of other little things that I could pull out and use when I started to miss my temporary home.

Returning to your home country is bound to bring about many emotions, no big move is easy. Leaving behind a country you have lived in, loved and learnt lessons from can be difficult. But, hopefully, you will once again settle into your home sweet home, and you’ll be able to enjoy being back with friends and family.

Let us know if this advice helped you, or if you have some advice of your own! 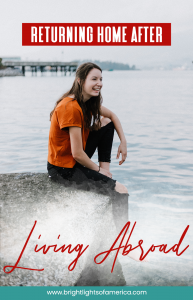