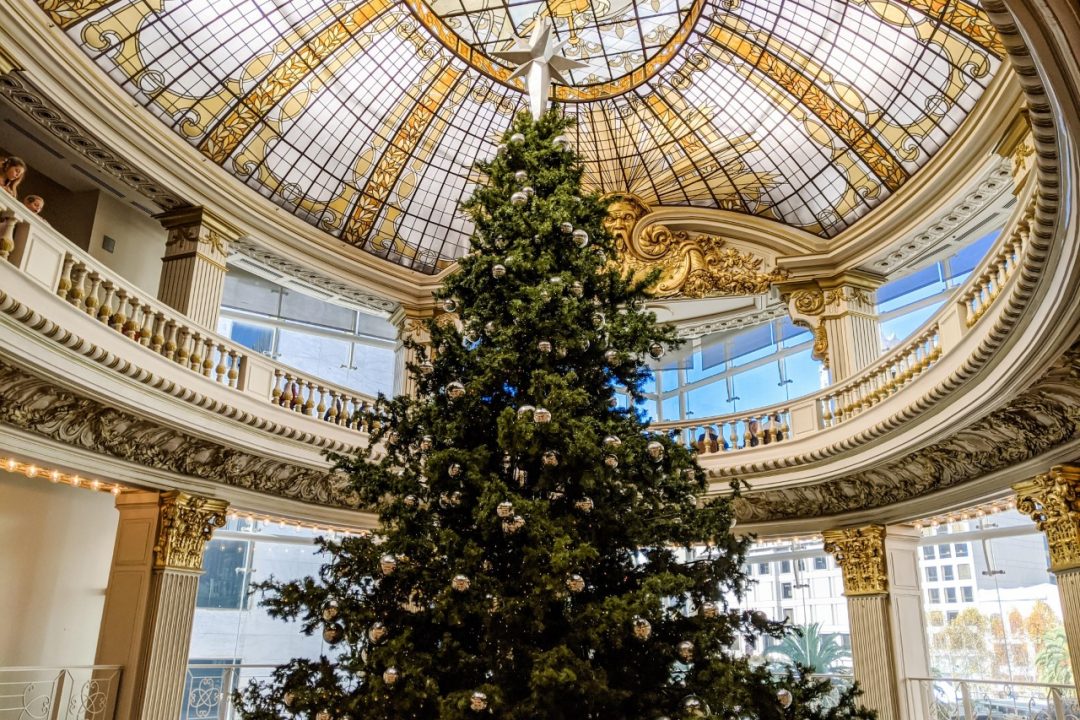 They’re not listed in any particular order, except maybe the order that I visited each place. Christmas should be a time to catch up with friends and family, and spread some cheer. There’s no better place to capture that spirit than at a Christmas fair. We’ll begin with a very Dickensian Christmas, with a trip to Victorian London.

You can spend a whole day walking around San Francisco enjoying the decorations in just a small part of the city. I know that it’s nice to visit at night to see the lights in all their twinkling glory, but if you have small children who won’t make an evening tour, it isn’t a waste of time to make a daytrip.

Mr M’s mum (mom) and I spent a Sunday wandering some of the best Christmas displays in the city and didn’t even have to break a sweat. I can’t take any credit for this little itinerary, it was put together entirely by my partner-in-Christmas-fun, and it’s a certified great day. 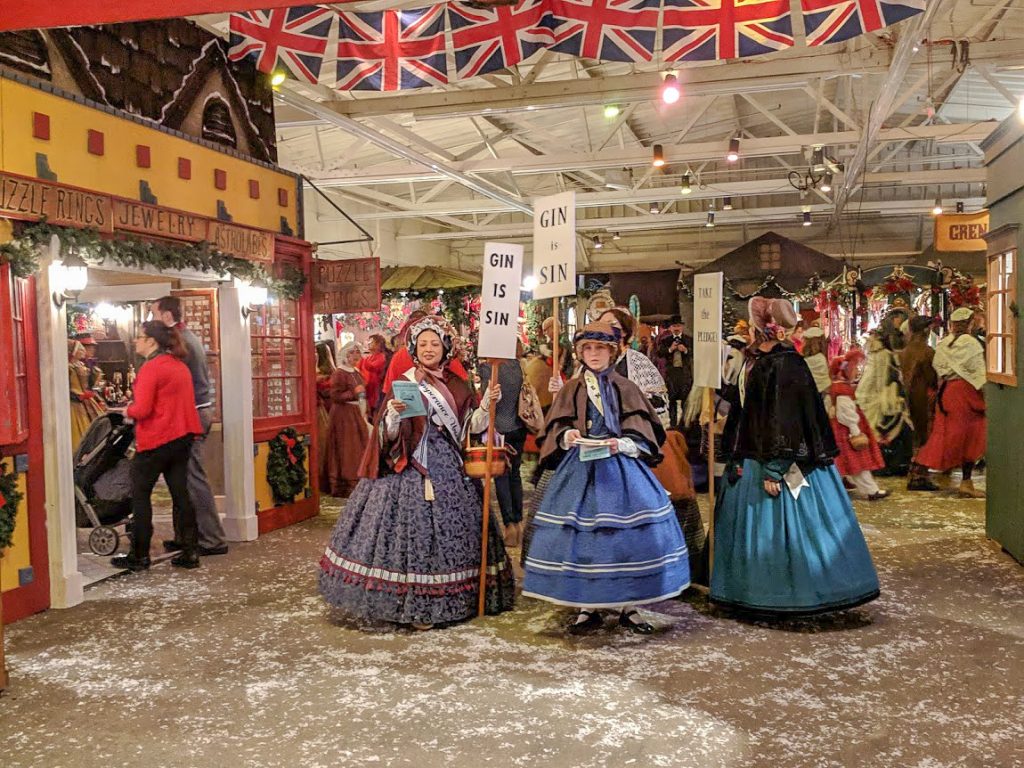 Everyone seems to dress up for a visit to Victorian London during Christmas.

This has to be one of the best Christmas activities in San Francisco, hands down. Not only are there more than 800 hired actors dressed as various characters from Charles Dickens’ many novels, walking around and interacting with the crowd, but lots of shoppers get into their steam punk and Victorian gear to really immerse themselves in the atmosphere.

Head out to the Cow Palace Exhibition Halls (I still giggle at the thought of a cow kingdom, filled with cow subjects, living under a wise cow Queen), where you’ll be transported to Victorian London for as long as you want. In the hallowed halls you’ll be welcomed to London, by greeters, and given a map of London, but it’s much more fun to just peruse the ‘streets’ and see what you can find. 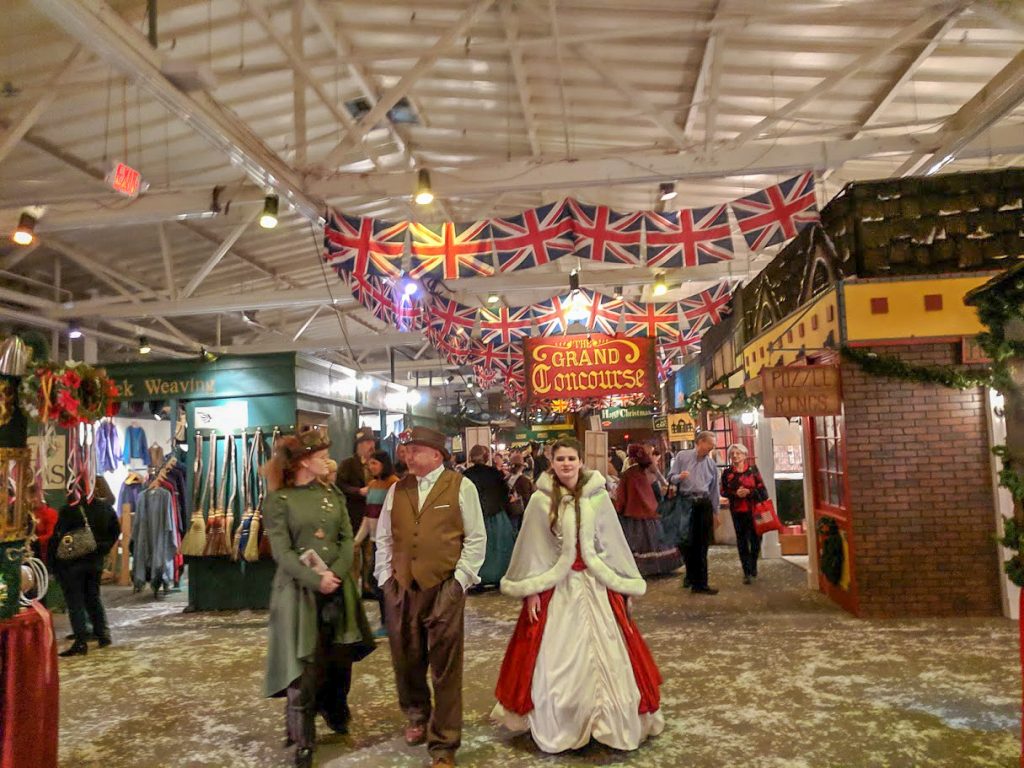 Shop stalls are laden with musical instruments, antiques, beautiful old books, as well as jewelry and headbands. If you’d like to start your Victorian attire collection there are plenty of stalls catering to both men and women, and a salon where you can get your hair braided in any number of intricate styles.

Dotted throughout the exhibition halls you’ll find theatre troops performing plays, pantomimes, dances, pats of Dickens’ A Christmas Carol, and shows specifically aimed at children. Grab a pie with mash and mushy peas or any other traditionally warming English lunch or dinner, and stop in at one of the bars for a wee dram or two. I know that’s Scottish, but I like it better than a “tipple”. 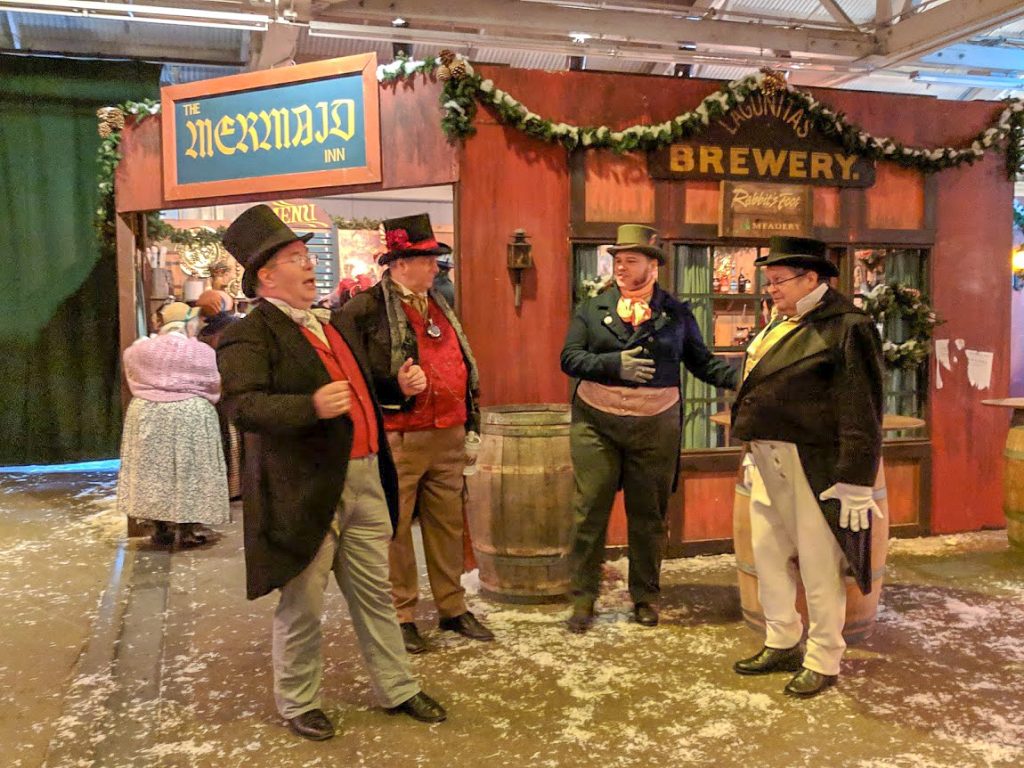 Get Outdoors at Christmas In The Park (San Jose) 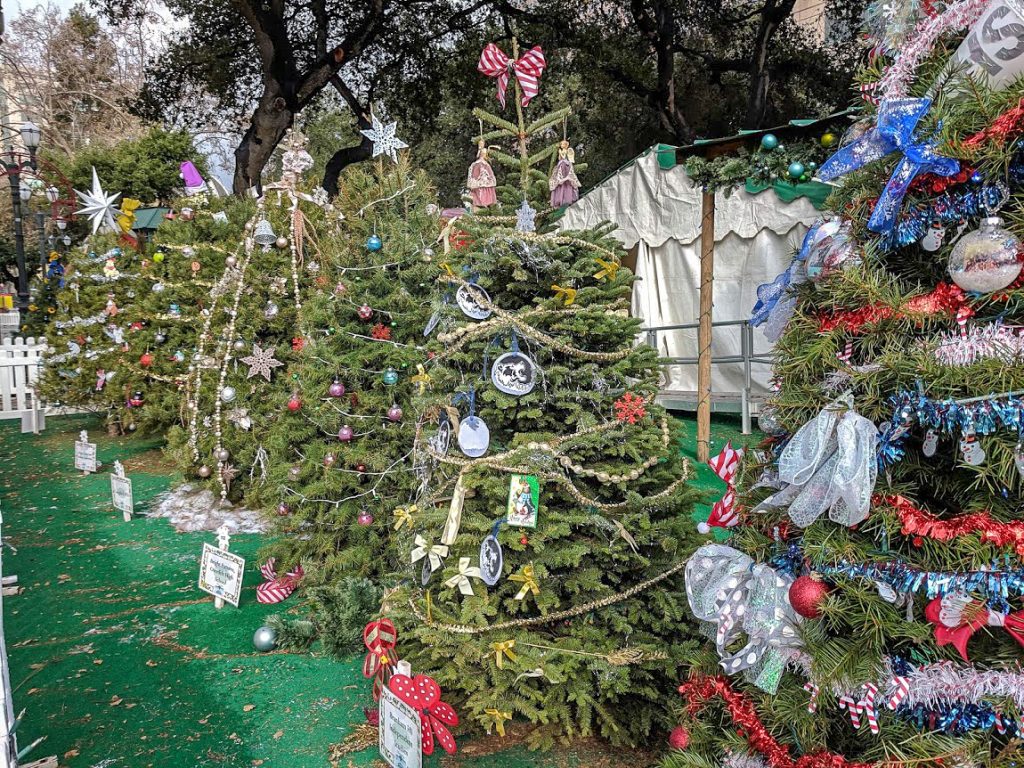 Much like the Victorian Christmas is built on tradition, Christmas in the Park has been running for the past 30 years and many of the floats will include their first years’ build date.

Held in downtown San Jose’s Plaza de Cesar Chavez, Christmas in the Park is spread over two acres of more than 60 musical and animated exhibits. The real pièce de résistance though, are the Guinness World Record setting 600 illuminated and decorated Christmas trees. Of course there’s a giant Community Giving Tree to go with it. 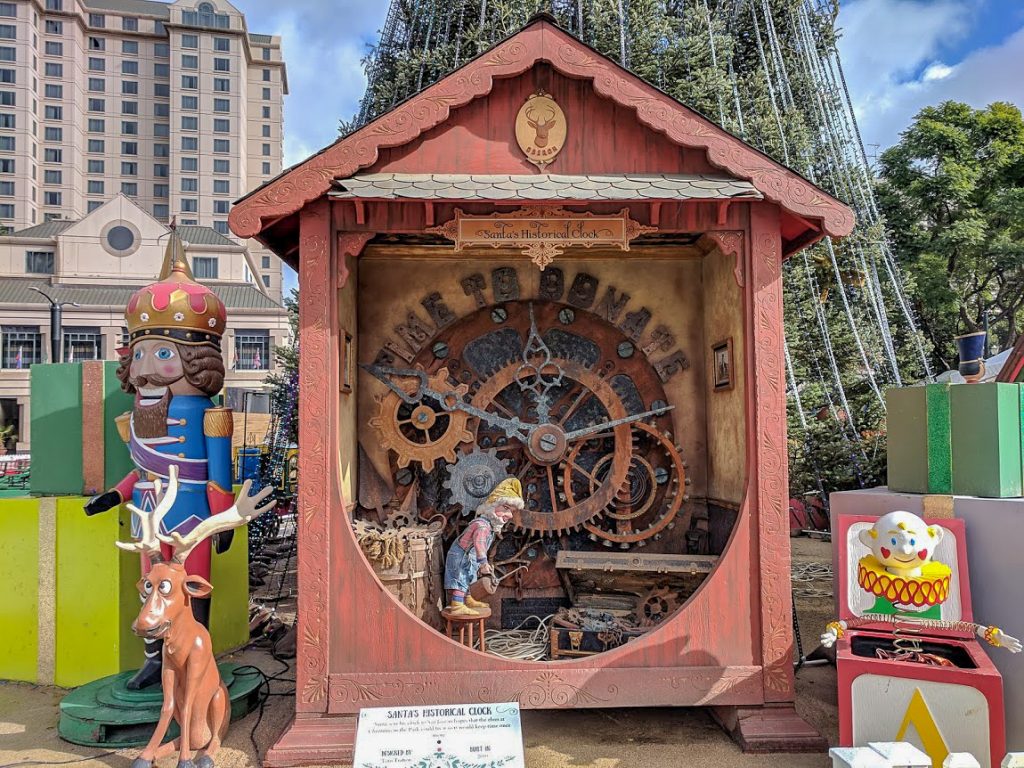 Each tree is decorated by a different community group, business or school from the San Jose area, and the groups are as diverse as you can imagine – from local churches to the Satanic Bay Area collective. This is a real wonderland for children and adults alike, with ice skating, the Lima Train, melting snowman, caroling mice and elf wood crafters. And with areas with names like Reindeer Ranch, Snowflake Falls and Candy Cane lane, you know it’s going to be a whimsical delight.

Santa also makes an appearance to take photos with the kids, and you can get other animated photos in Santa’s sleigh, go on rides or just enjoy the twinkling lights.
Dates: November 24 – December 25, 9am-midnight
Entry: Free
Details: Go to the official website
Address: 191-199 S Market St, San Jose

Have a Holiday Tea at Filoli (Woodside) 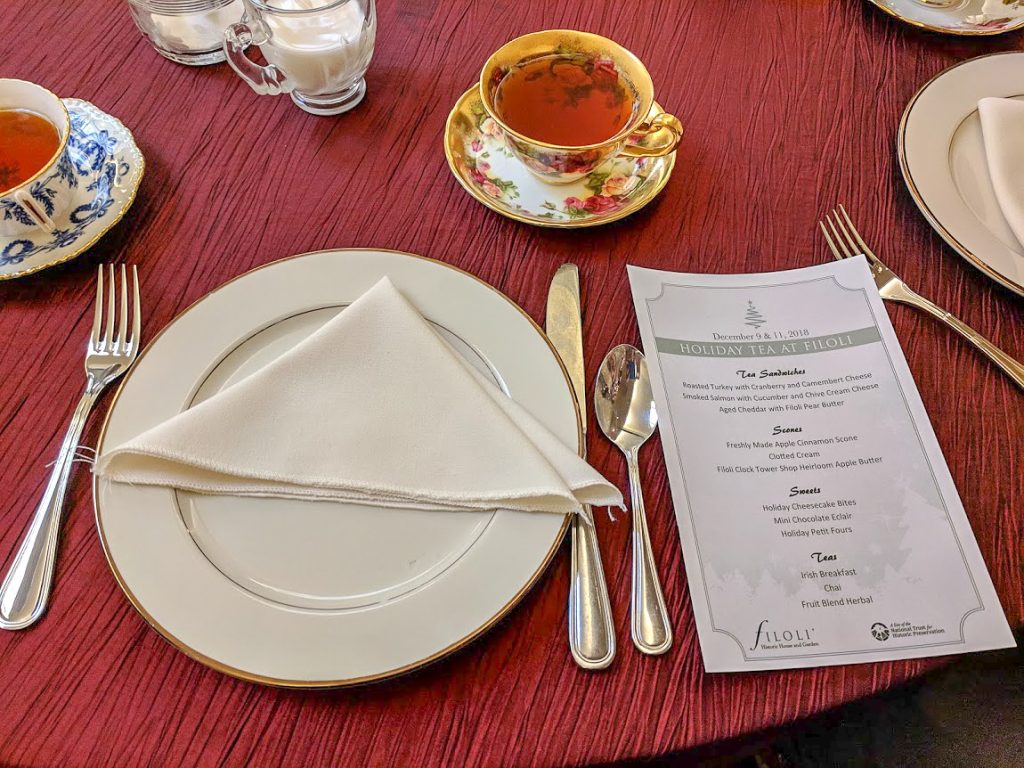 The 16 acre Filoli estate is nestled midway down the peninsula in Woodside. It was owned by two prominent San Francisco families over the years and features English-style enclosed grounds, complete with hedges, orchards and fields full of flowers. The estate is now in the hands of the National Trust for Historic Preservation, and open to the public to view and enjoy. I visited last during the spring months when the tulips and wildflowers were in full bloom. But visiting over the holiday period was another story completely.

Mr M and his parents organised a surprise trip to Filoli for their Holiday Tea event last weekend, to celebrate my birthday and it was a truly beautiful Christmassy experience. We filed into a hall set with tables all ready for afternoon tea, complete with china teacups and lashings of jam and cream. It was decorated with trees and a harpist sat centre stage and provided ambient background music. 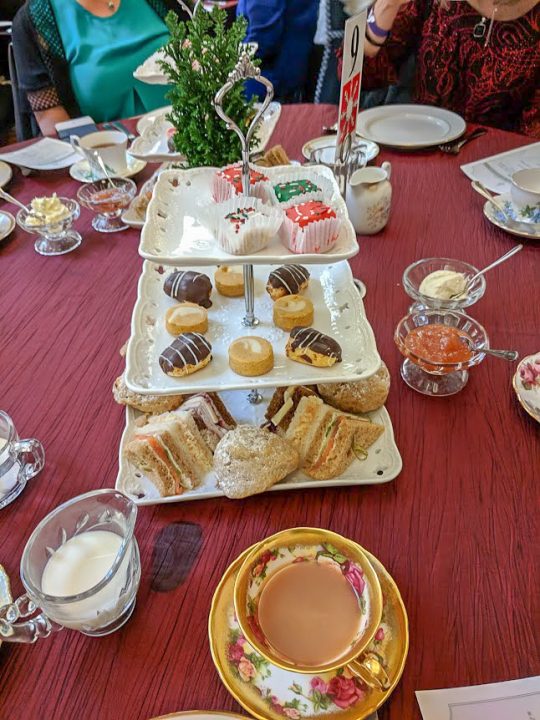 Of course, the three tiered serving plates held some delicious treats – sandwiches with turkey and Camembert, smoked salmon, cucumber and chive cream cheese, and aged cheddar with Filoli pear butter. But my absolute favourite were the apple cinnamon scones with clotted cream and heirloom apple butter (made from apples from Filoli’s orchards. Then there were cheesecake bites, mini chocolate eclairs and petite fours. 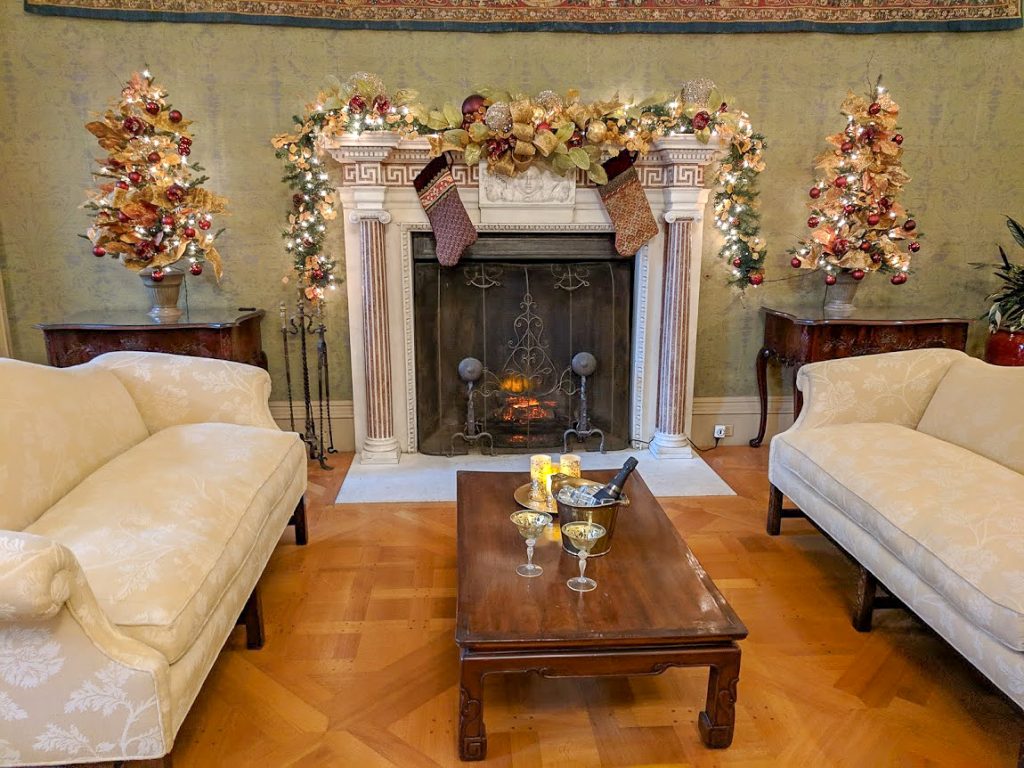 Afterwards we toured Filoli main house, which was set up for the Holidays and decorated with more themed Christmas trees than I could even count. Even the copious gardens are covered in twinkle lights, wreaths and dotted with heaters.

Address: 86 Canada Road, Woodside, CA, 94062
Hours: 11am and 2pm Tuesdays to Sundays until Christmas
Afternoon Tea and  Grounds Admission: $75 each for non members
Details:Go to the official website 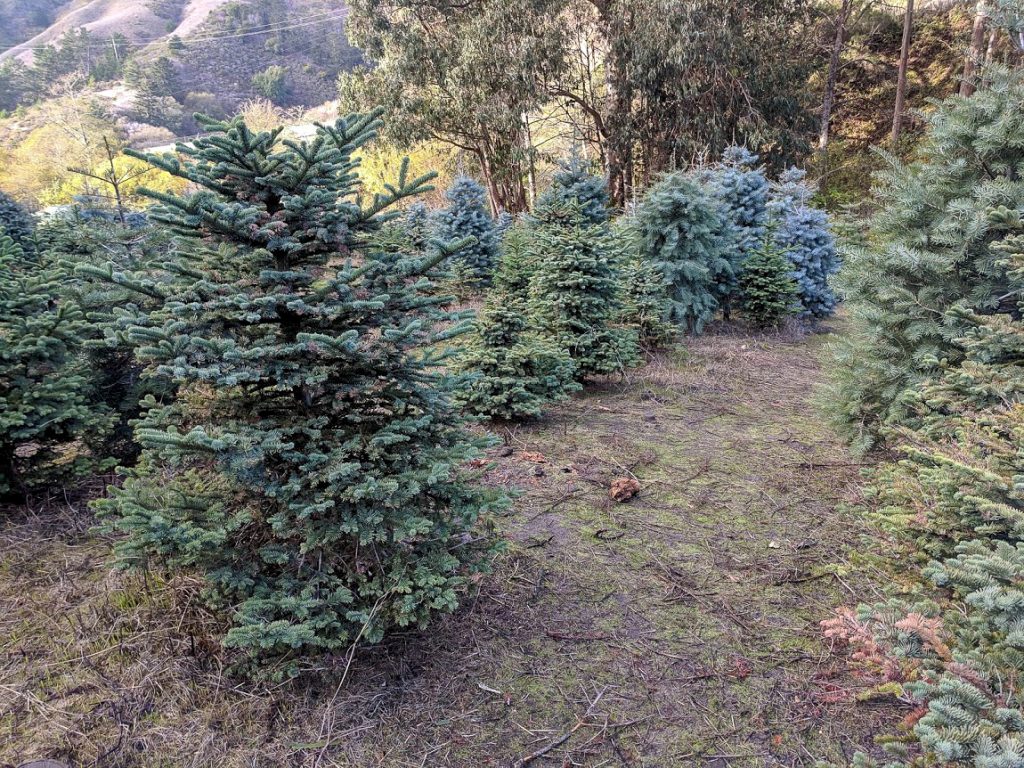 Santa’s Tree Farm, like many tree farms across the Bay Area, offers a little more than just a spot to find your family’s special Christmas Tree each year. As the name suggests, you can visit Santa’s village on the same property for some extra Christmas cheer! It’s a great place to take your kids for a visit to Santa and for a ride on the Christmas train. The farm has been in Half Moon Bay since 1972, and allows families to drive in and cut down whichever tree they like most. They have a range of different tree varieties at different stages of growth, so be careful not to trample any saplings while you’re looking for your tree. 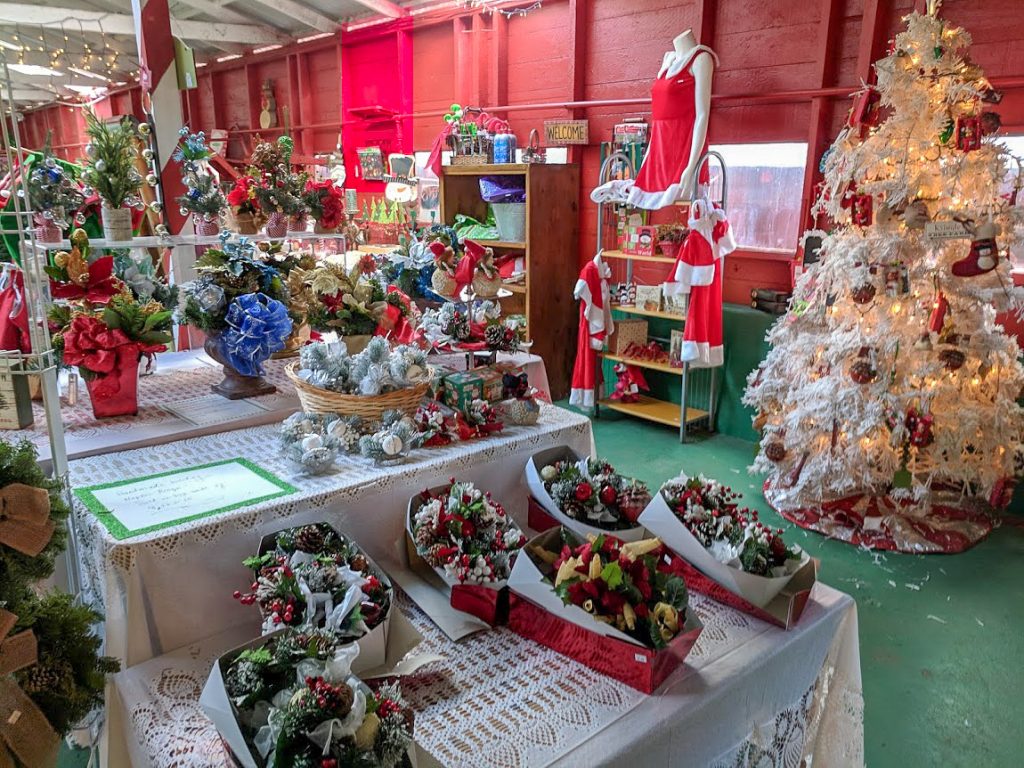 We don’t have space for a real tree in our apartment so when I visited I bought a wreath from the gift shop. They have the cutest napkin rings and reindeer made out of offcuts of wood and pine sprigs. This is unmissable if you’ve got young children. If you’re not keen on going to the effort of cutting down your own tree, the gift shop has an array of pre-cut trees. Some of them have been flocked in different colours including red, blue and hot pink.

Any Charlie Brown fans in the crowd? If you’re not up for the trip to the Charles Schulz Museum up in Santa Rosa, Winterfest is the next best thing. It’s a far-sight newer than the some of the other festivities here, and is held at California’s Great America theme park.

The park is transformed into a winter wonderland complete with ice skating in front of the beautiful carousel Columbia. There are light displays to go with the rides, as well as live holiday shows, Santa’s workshop and Mrs Claus’ kitchen.

They go all out with one of the Bay Area’s tallest Christmas trees, and the entire park sparkles with more than 7 million twinkle lights.

Don’t miss the Peanuts Guide to Christmas show, where you’re joined by Charlie Brown, Linus and Lucy for a holiday singalong. 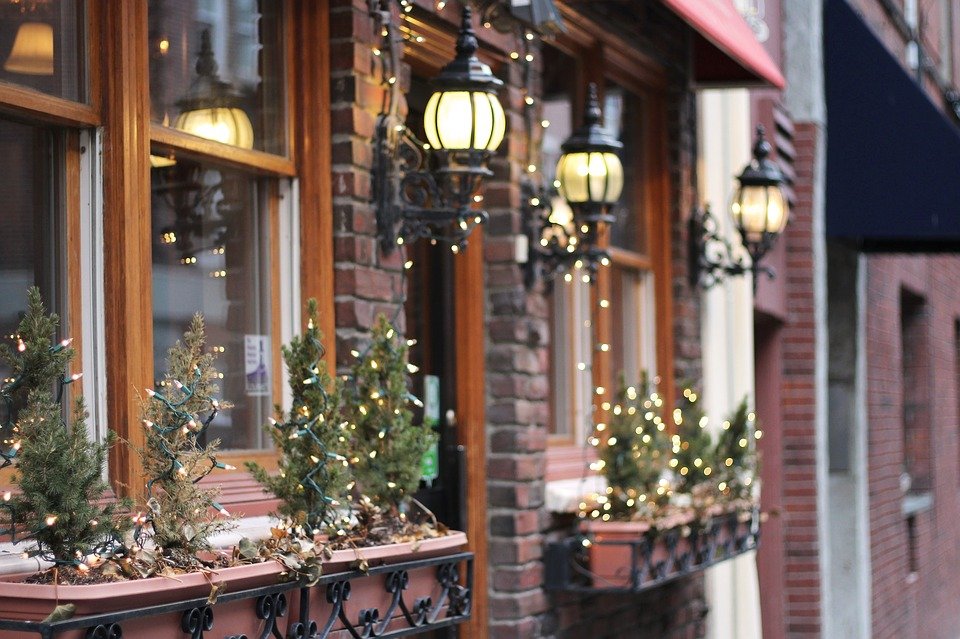 There are lots of Christmas lights and decorations dotting the city and bay area. Starting with Illuminate SF, you can get a guided tour or just wander around San Francisco enjoying the work of some great local light artists.

If you prefer to drive around and experience the lights from the comfort of your heated vehicle, you could head out to Willow Glen. The residents of Willow Glen don’t hold back when it comes to Christmas lights. You get the impression that they’re in competition.

Use the map to find the best houses, or just stop off at one of the area’s great restaurants for dinner first and ask the locals where the best displays are!

If you’re a fan of 80s sitcom The Golden Girls, like I am, you’re going to love this. What would San Francisco be without Drag performances anyway? Boring! That’s what!

It’s a yearly tradition to get four talented local drag stars and put them into two new Christmas episodes of the beloved show.

Just to keep things a bit diverse we’re headed to the ballet for The Nutcracker.

We were mesmerised by the San Francisco Ballet’s Nutcracker last year at the War Memorial Opera House. It was a such a great way to get into the Christmas spirit and there were families and people of all ages settled in for the show.

Don’t be afraid to take your kids, the show is short and has an intermission for them to get up and run around in.

If you have really young children though, you might want to take them to San Jose for My Very First Nutcracker. It’s a special shortened performance that’s perfect for toddlers and is presented at a reduced price.

The New Ballet Orchestra accompanies the performances live, except for the My Very First Nutcracker, which features a recorded score. 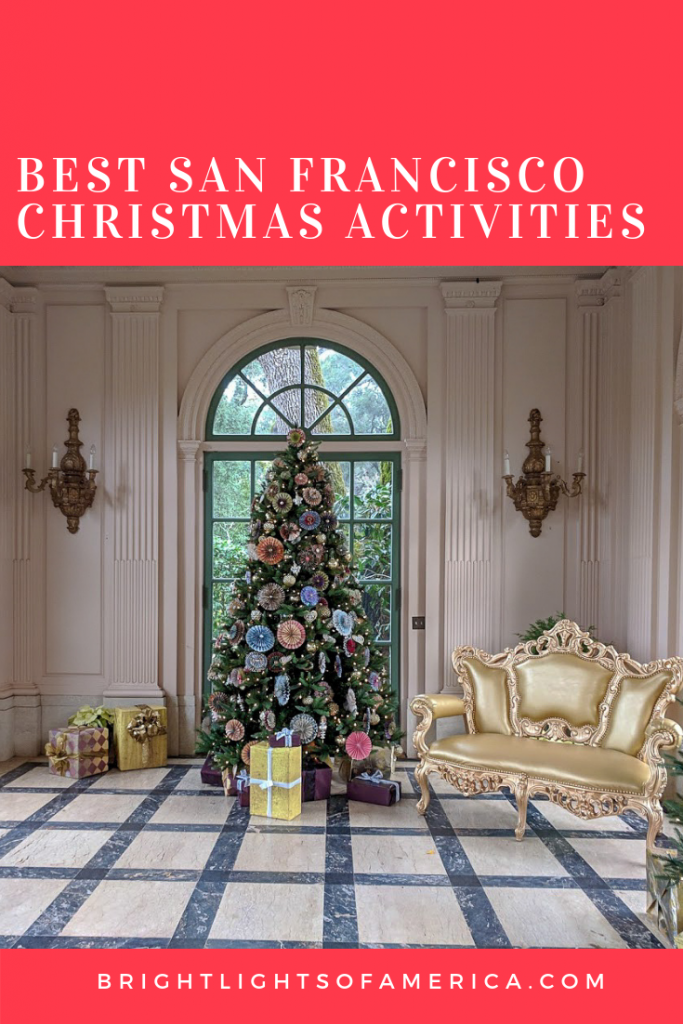